After a full day excursion of historical temples and natural scenery in Nikko, we decided to spend the next day to explore another neighborhood in Tokyo.  We started the day at the southwest area of Sumida District (墨田区), near the metro station of Ryogoku (両国).  Many tourists come to Ryogoku (両国) for sumo (相撲): visit sumo stables to view professional practice, or checked out chanko nabe restaurants for a sumo meal, or even watch a game of sumo wrestling at Ryogoku Kokugikan (Ryogoku Sumo Hall).  We, however, came to the area for museum hopping.

Opened in 2016, the Sumida Hokusai Museum is being considered as a novel cultural icon of Sumida.  Designed by Kazuyo Sejima (妹島 和世), the sleek architecture houses exhibitions to showcase the life and works of the world famous ukiyo-e (浮世絵) artist Katsushika Hokusai (葛飾 北斎).  With his Thirty-six Views of Mount Fuji (富嶽三十六景), Hokusai is definitely the most iconic figure of ukiyo-e (浮世絵) in the Edo Period (1603 – 1868).  Kazuyo Sejima (妹島 和世), the founder of SANAA and a recipient of the Pritzker Prize in architecture with Ryue Nishizawa, is also a generation defining Japanese architect in her own right.  From the 21st Century Museum of Contemporary Art in Kanazawa, New Museum in New York, Rolex Learning Centre in Lausanne, to Louvre Lens Museum in France, Sejima and Ryue Nishizawa of SANAA have inspired uncounted architects and designers around the world in the last two decades. 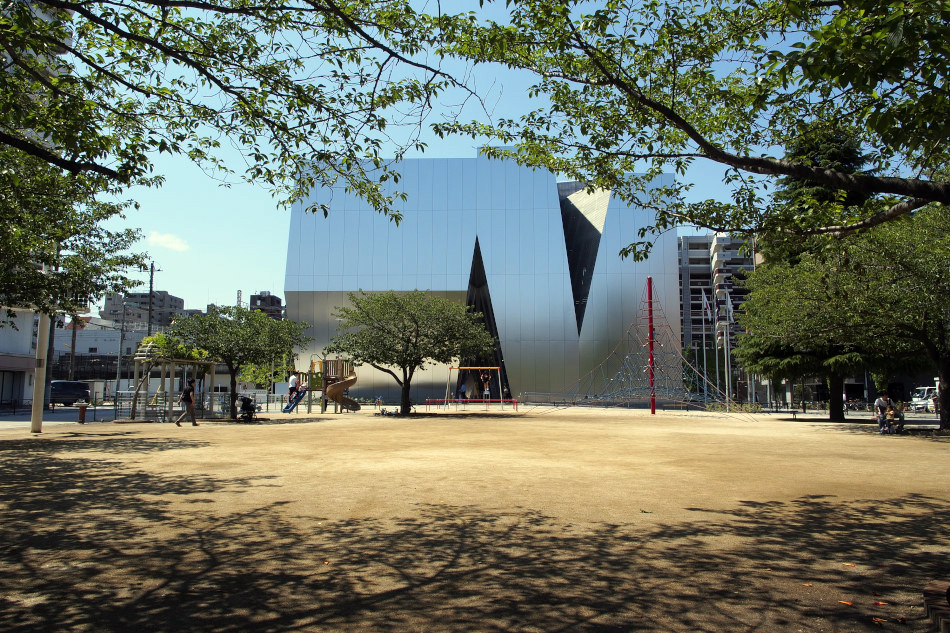 Sejima’s building immediately became a cultural icon in the rather low key residential neighborhood.  The building provides an interesting backdrop for the community play area of Midoricho Park. 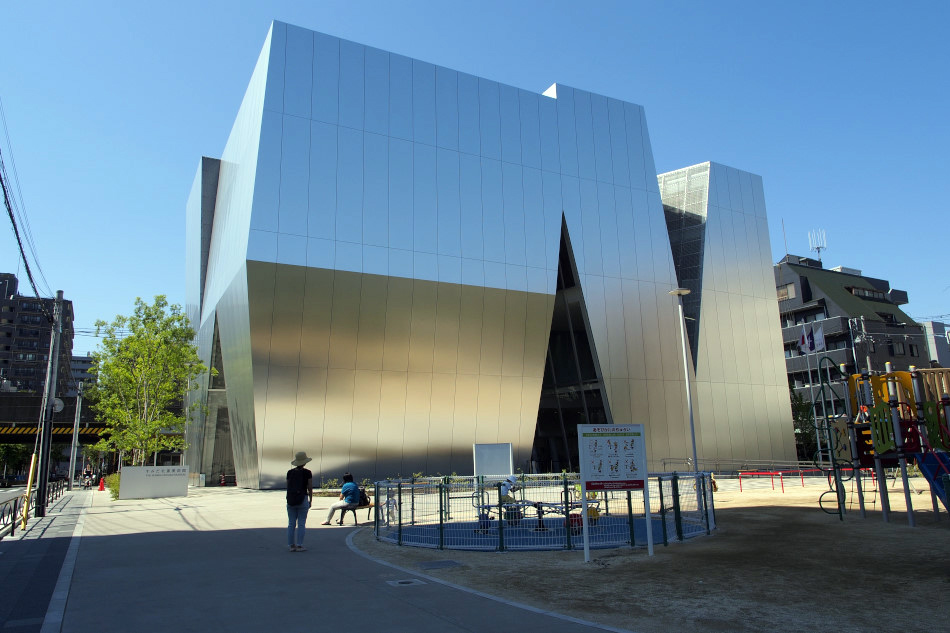 The building scale and the facade’s level of reflectiveness express a certain degree of novelty without creating an overwhelming impact to the surrounding context. 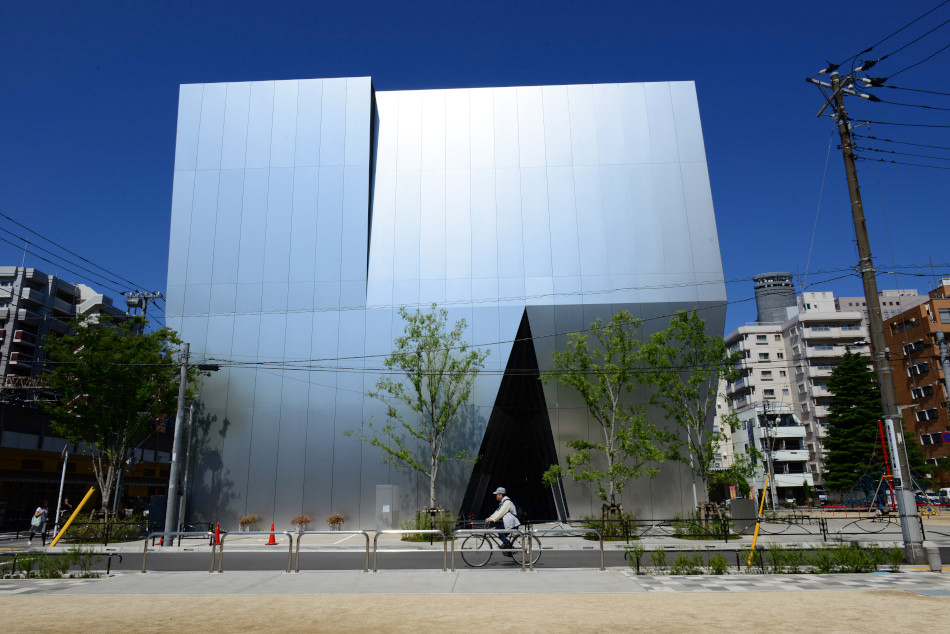 The cave like slit at each of the four sides provides a prominent entrance gateway at each side.

The reflectivity of the museum’s metal cladding is right on. 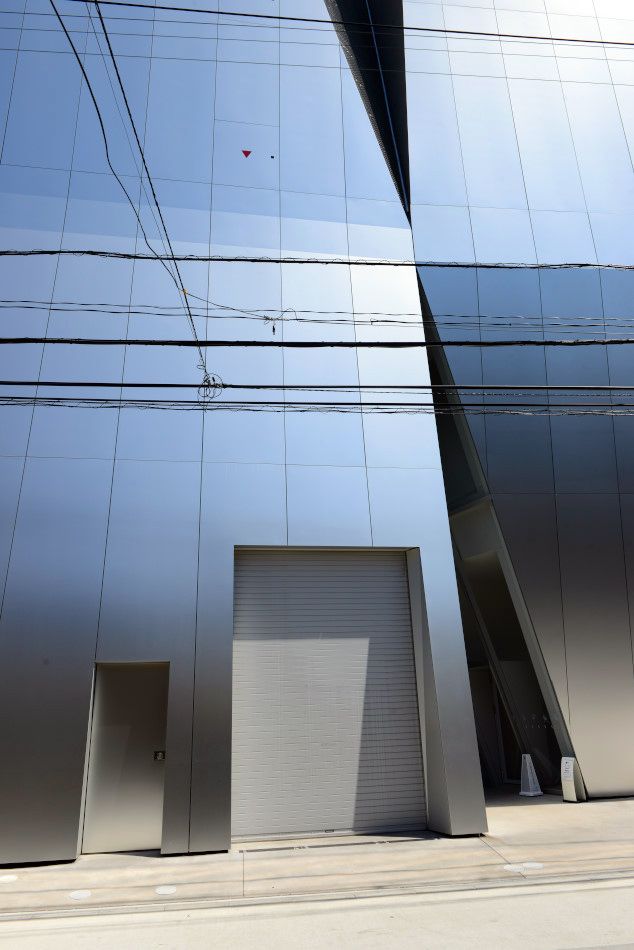 Everything on the facade is clean and minimal. 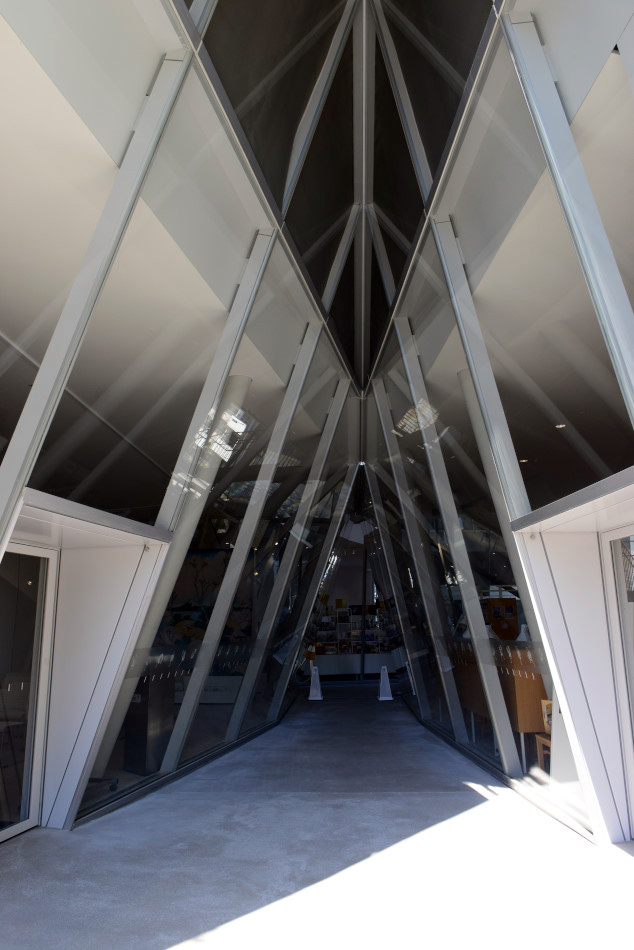 We walked to the main entrance via one of the triangular opening on the facade.

The facets of the glass panes and the reflections of the outside offer a unique entrance experience.

The detailing of the triangular opening is once again clean and minimal.

The angular aspects of the architecture is carried through into the interior.

The washroom on the ground floor is a cute little cube at the lobby. 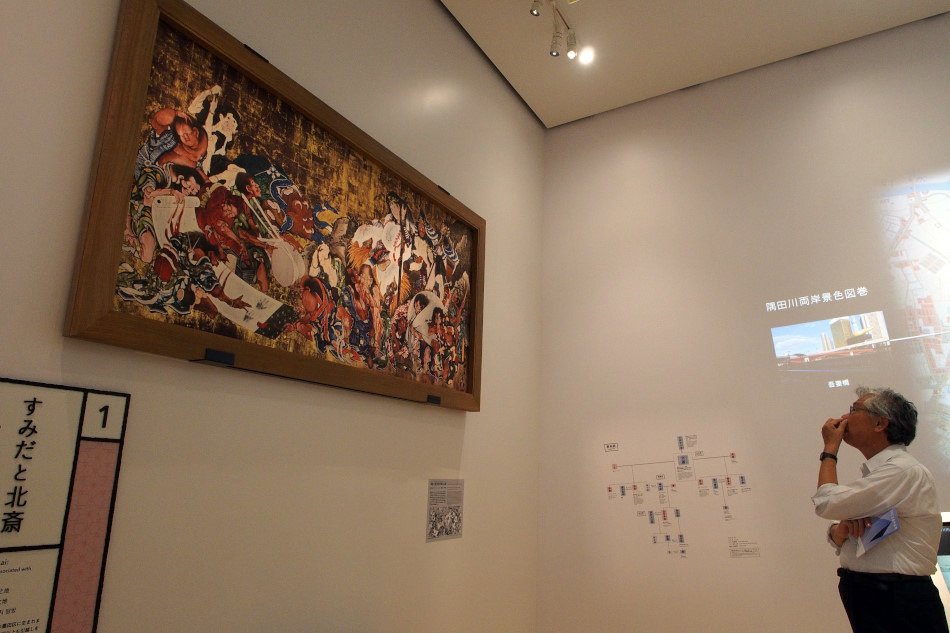 Beside Sejima’ architecture, the works of Katsushika Hokusai (葛飾 北斎) were well worth the admission.

The exhibition space is not big.  Most of his paintings are hung along the wall.  Artifacts such as books and sketches.

The most famous works by  Kazuyo Sejima is Thirty-six Views of Mount Fuji (富嶽三十六景 Fugaku Sanjūroku-kei).  A selection of the 36 prints had been put on display.

The Great Wave off Kanagawa is perhaps the most well known image by Katsushika Hokusai. 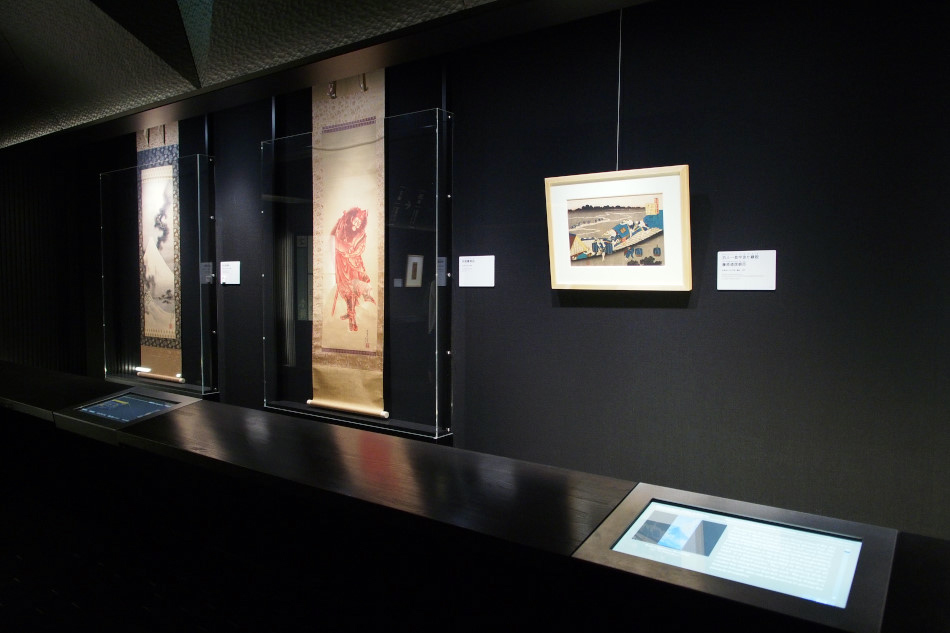 Some of the final works by Katsushika Hokusai are also on display. 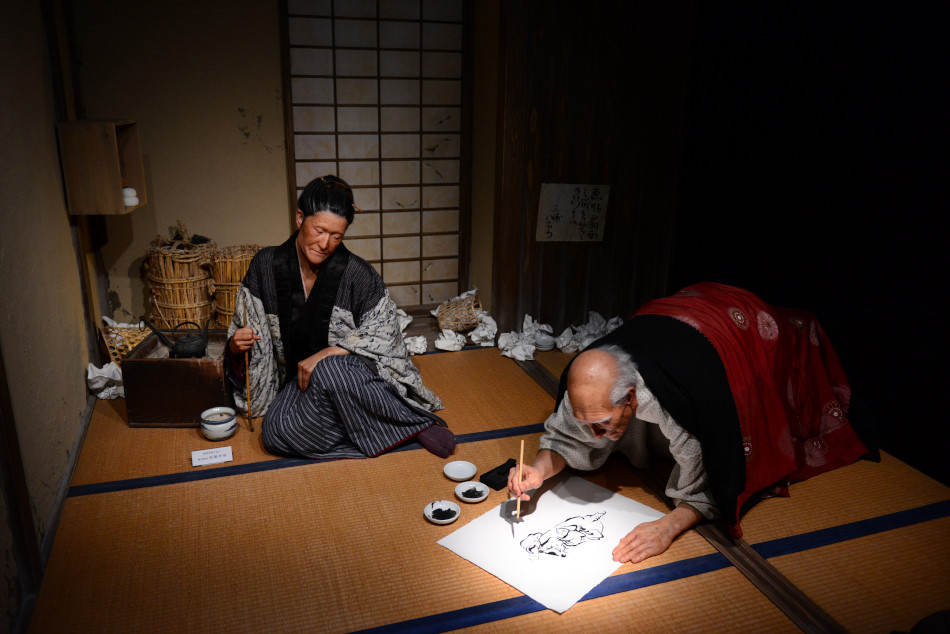 A wax display depicting the studio of Katsushika Hokusai (葛飾 北斎) and his daughter back in the Edo Period.

Outside of the exhibition area, there is a seating area with great views towards the Sky Tree.