After Hongcun, we returned to Yixian by public bus.  It was mid-afternoon by the time we arrived at Yixian.  At Yixian’s bus station, we decided to switch bus to visit another UNESCO World Heritage Huizhou village, Xidi.  Similar to Hongcun, Xidi has a good amount of ancient architecture dated mainly from the Ming and Qing Dynasties.  Dated as far back as the Northern Song Dynasty in the 11th century, Xidi had been inhabited for almost a millennia.  Like Hongcun, Xidi has become a popular tourist spot in Anhui attracting loads of visitors during holidays and weekends.  We didn’t have our own transportation and had to rely on the public transportation.  As a result, we only had less than an hour of time wandering in the winding alleyways and visiting the magnificently decorated Huizhou houses of Xidi.

The most prominent feature of Xidi caught our eyes at the village entrance.  It was the majestic Xidi Paifang (牌坊) or Pailou (牌樓).  Named as Huwenguang Paifang (胡文光牌坊), the paifang was commissioned by the Ming Emperor Wanli to celebrate the good work done by Hu Wenguang, a government official originated from Xidi.  Three-tiered and four legged, the Huwenguang Paifang has become an icon for Huizhou heritage nowadays.

We quickly entered Xidi through its labyrinth of alleyways.  We entered a few courtyard houses along our way into the heart of Xidi, where the ancestral hall of the Hu family stood.  According to some accounts, the Hu people was originally descendants from the royal family of the Tang Dynasty.  After the fall of Tang, they changed their surname to Hu and gradually moved south.  They found the village of Xidi in Northern Song Dynasty and became a settlement of scholars.  At its heyday during the Ming Dynasty, the Hu people had turned themselves into successful businessmen, and transformed Xidi into a prosperous village.

We stayed in the Ancestral Hall of Hu’s for a while, checked out the nicely decorated timber halls and courtyards, before slowly finding our way out to the exit where the last public bus would take us back to Yixian.

The open plaza and lily pond at the entrance of Xidi.

The majestic Huwenguang Paifang, the only one of a dozen or so paifangs survived the Cultural Revolution. 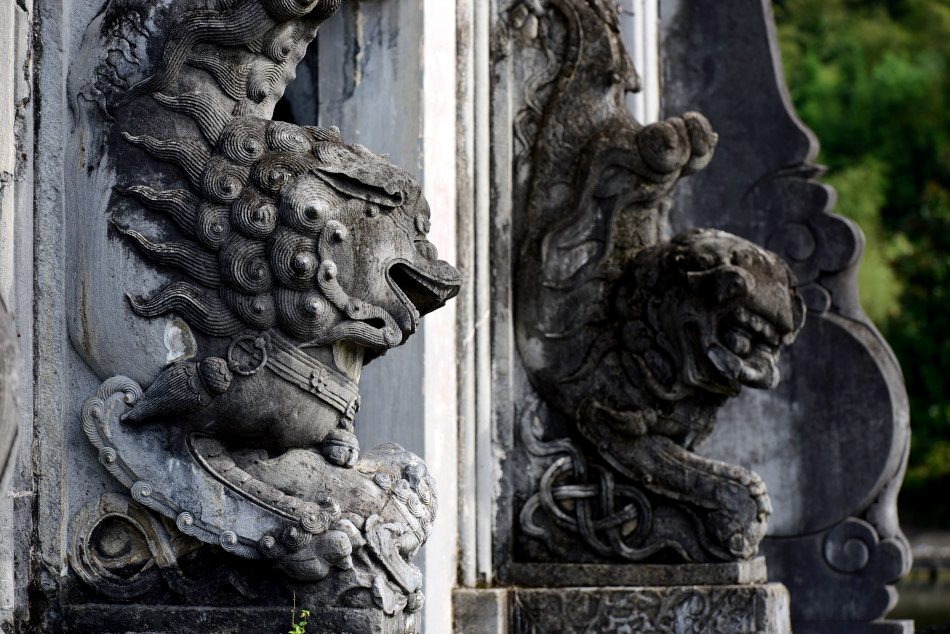 Stone carving details at the column base of Huwenguang Paifang.

Beyond the Huwenguang Paifang lies the entrance into the village.

Much of Xidi seemed like an extensive labyrinth of alleyways.

Today, Xidi has become a tourist attraction.  Many houses have been converted into guesthouses and restaurants. 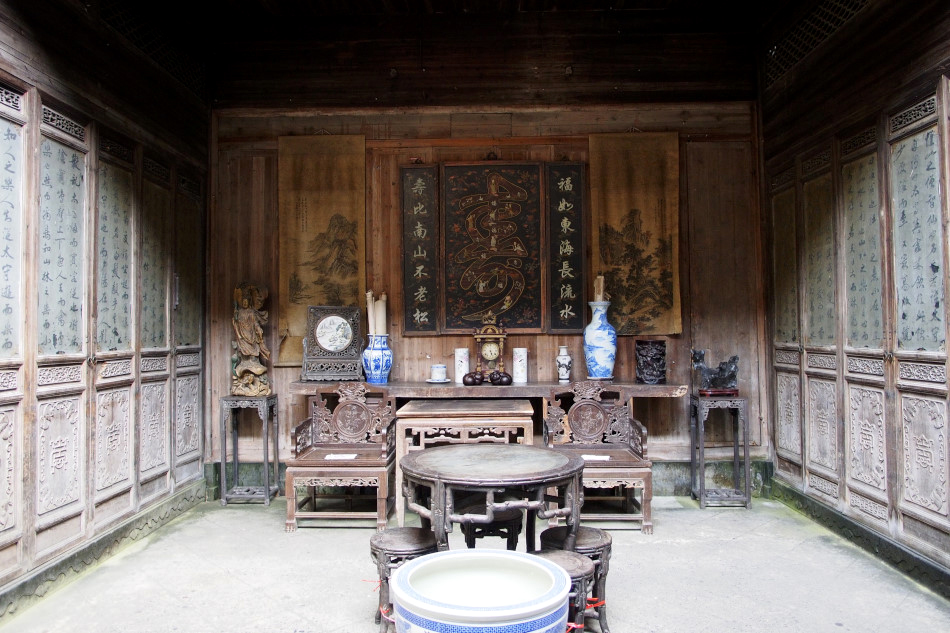 Inner courtyard or skywell of a family home with extensive wooden decorations and furniture.

These semi-open courtyards or skywells present the lifestyle of the former residents.

One of the courtyards we walked by was full of antiques.

The detailed wooden carvings in each courtyard house revealed the former glory of Xidi. 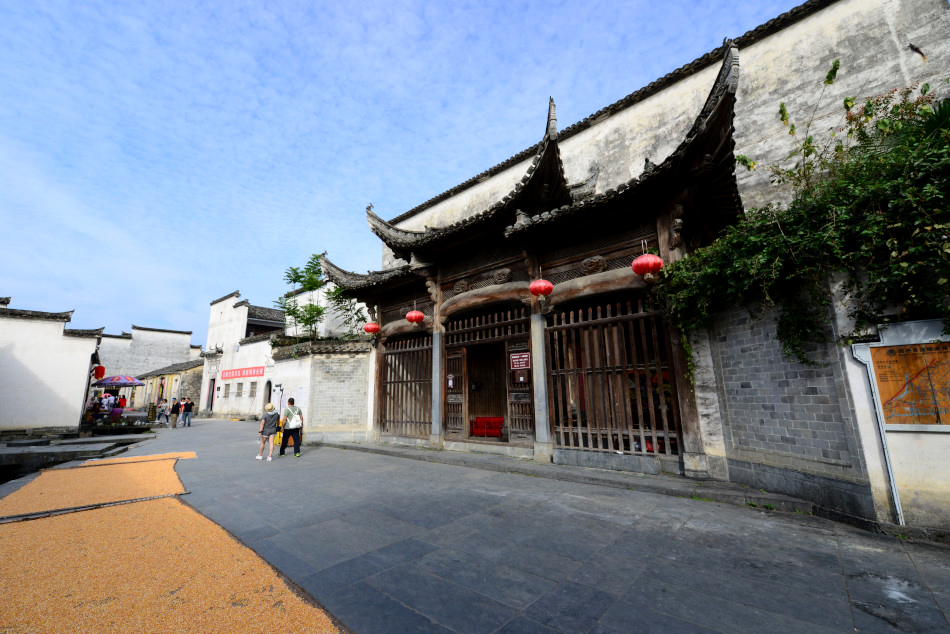 At the heart of Xidi stands the Hu’s Ancestral Hall.

The courtyard of Hu’s Ancestral Hall was the biggest we visited in Xidi. 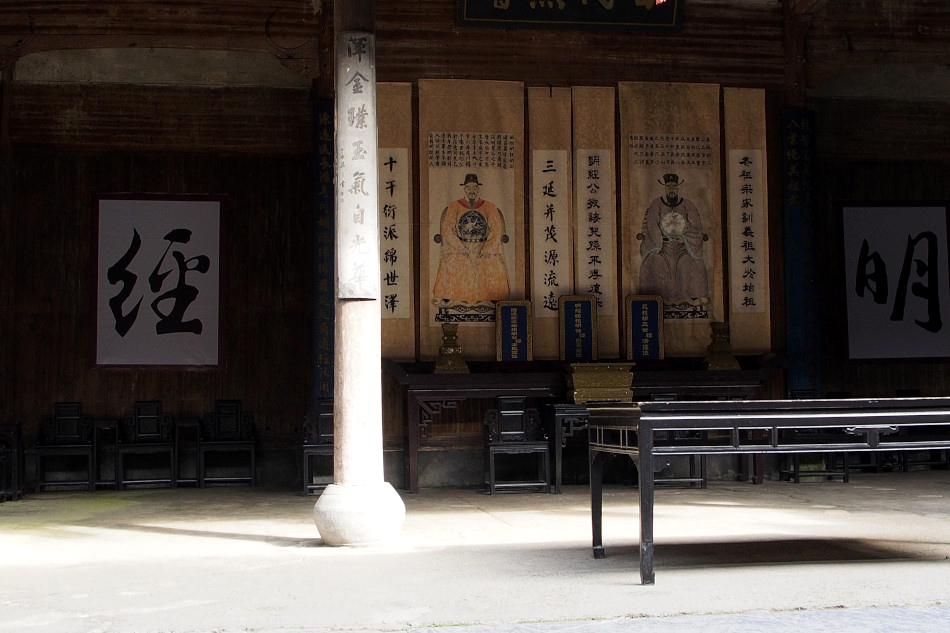 Wooden furniture and traditional portraits were some of the most remarkable features in the courtyard of Hu’s Ancestral Hall.

Villagers were using the forecourt of Hu’s Ancestral Hall for drying their agricultural produces, such as corn. 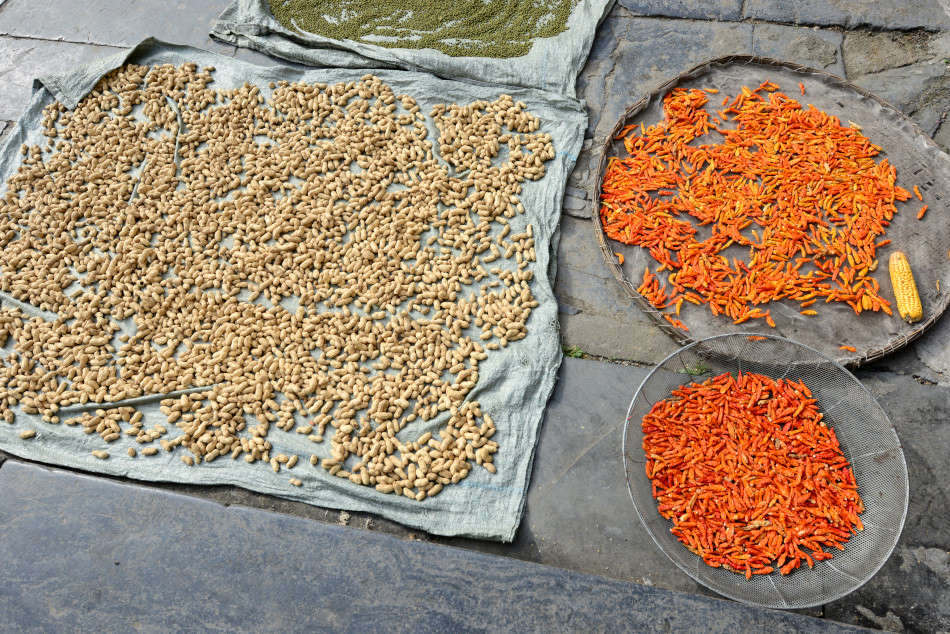 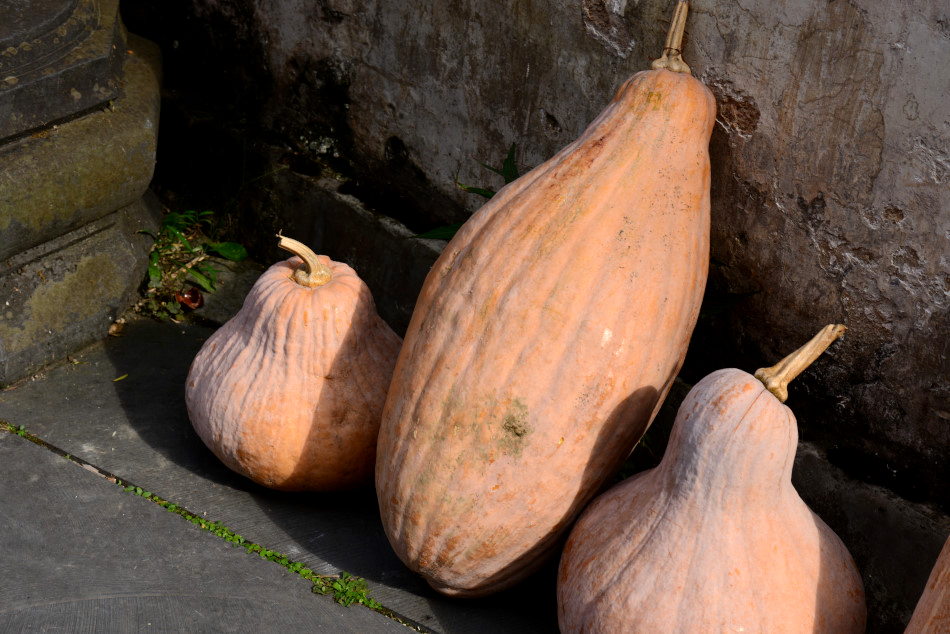 Near the exit of Xidi we passed by several squashes standing against the wall of a white washed wall.

In Mid-September, we made a short trip to the province of Anhui Southern China. It has been over a decade since we last backpacked in China. Compared to the culture of arid yellow earth, mighty military history and ancient Buddhist temples in Shanxi and Hebei that we visited in the past, Anhui and the surrounding areas belong to a landscape of green teas, lotus ponds, and misty mountains.

From Hong Kong, we first flew to Hangzhou, the capital of Zhejiang Province, from where we took a bus to the town of Tunxi. Also known as Huangshan City, Tunxi is the transportation hub for most travelers visiting Huangshan. A stroll on the Laojie (Old Street) in Tunxi prepared us to the crowded experience that may happen in any tourist spots frequented by local visitors. We took Tunxi as the base to visit Hongcun and Xidi, the famous ancient villages nearby that captured the imagination of many movie directors and local painters. On Huangshan (Yellow Mountains), the magical mountains renowned for the mysterious scenery, we spent two days braving the centuries old stepped trails awaiting for magical moments when spiky granite peaks revealing themselves under the veil of mist and fog. Returning with burning knee pains and muscle ache from Huangshan, we had a dose of China’s contemporary architecture at the National Academy of Art in Xiangshan, near Hangzhou. While this brief visit reminded us our fond travel memories in China, it may well reignite our interest in making longer journeys in other parts of China in the near future.