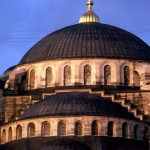 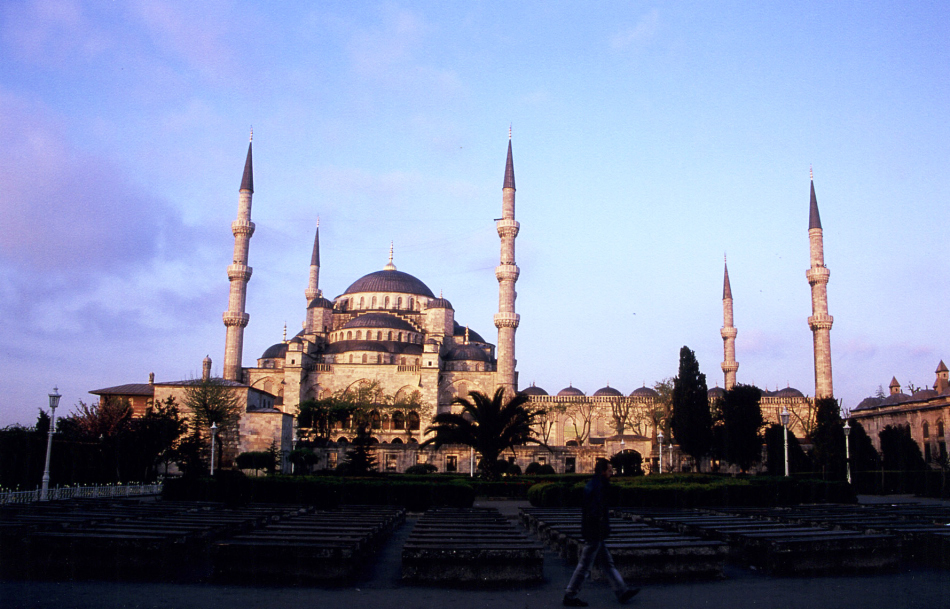 Early morning is the best time to photograph the Blue Mosque from Sultan Ahmet Park when there is still a tint of violet in the sky. 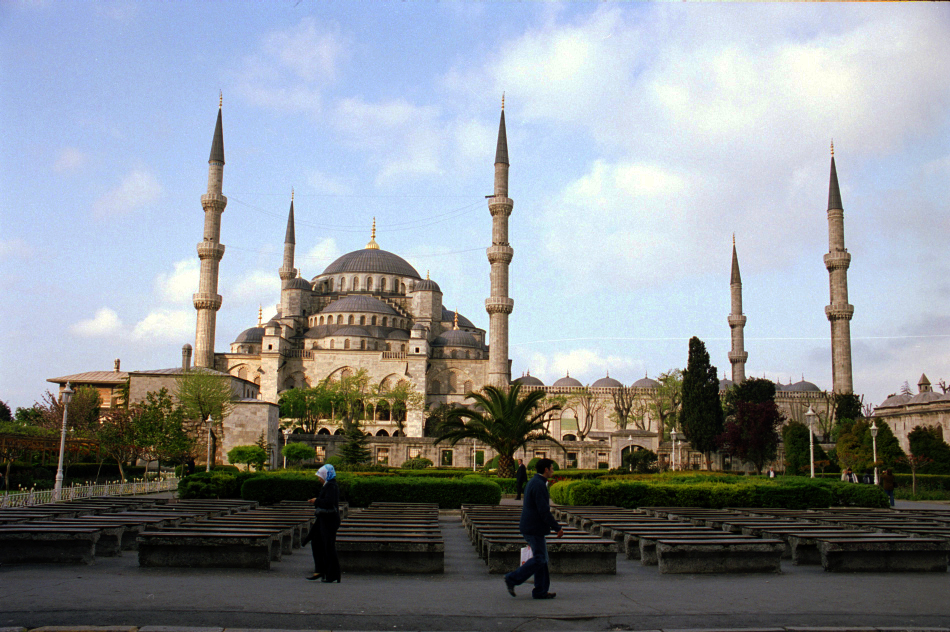 Before the arrival of tourist groups, we could still have a moment of peace to photograph the mosque. 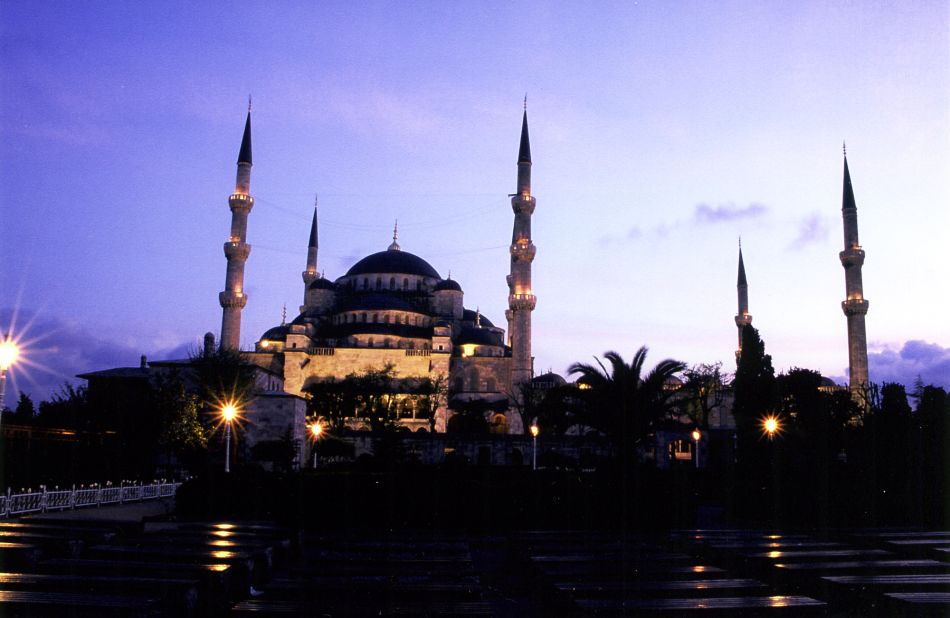 At dusk, atmospheric lighting lit up the Blue Mosque in front of the purple sky. 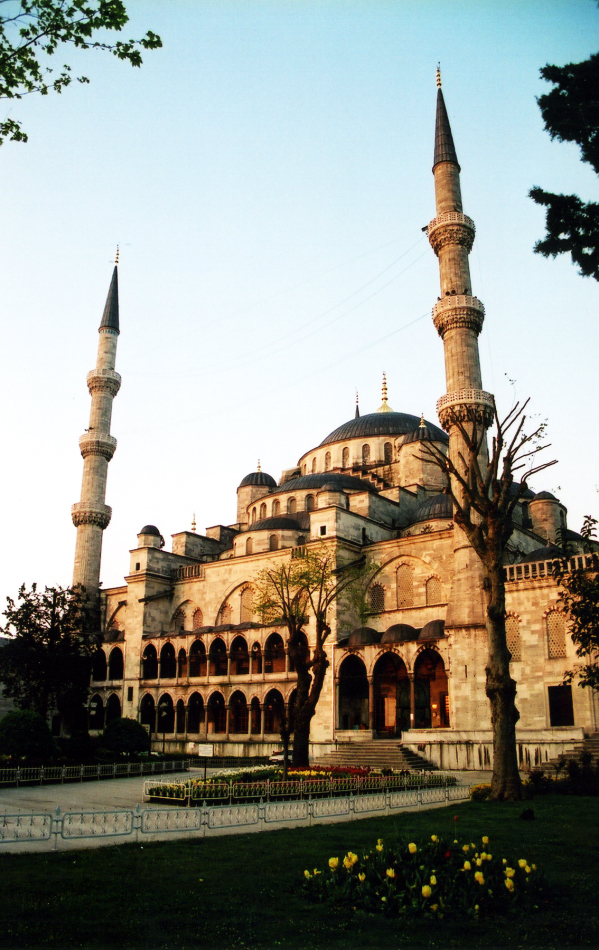 In early morning, we could freely move around and photograph the mosque without tourists. 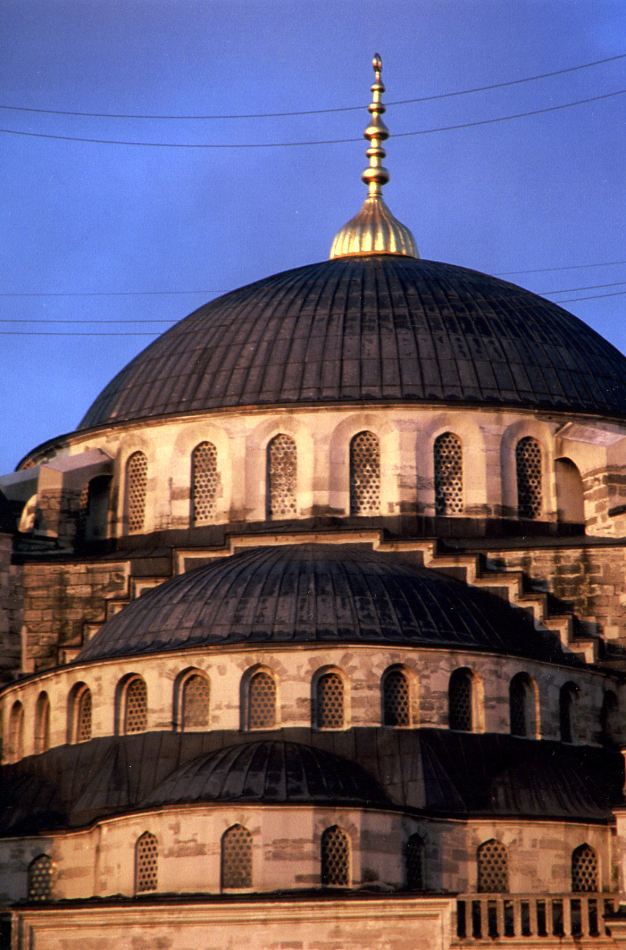 While some mosques have only one dome, the Blue Mosque has a series of main and secondary domes. 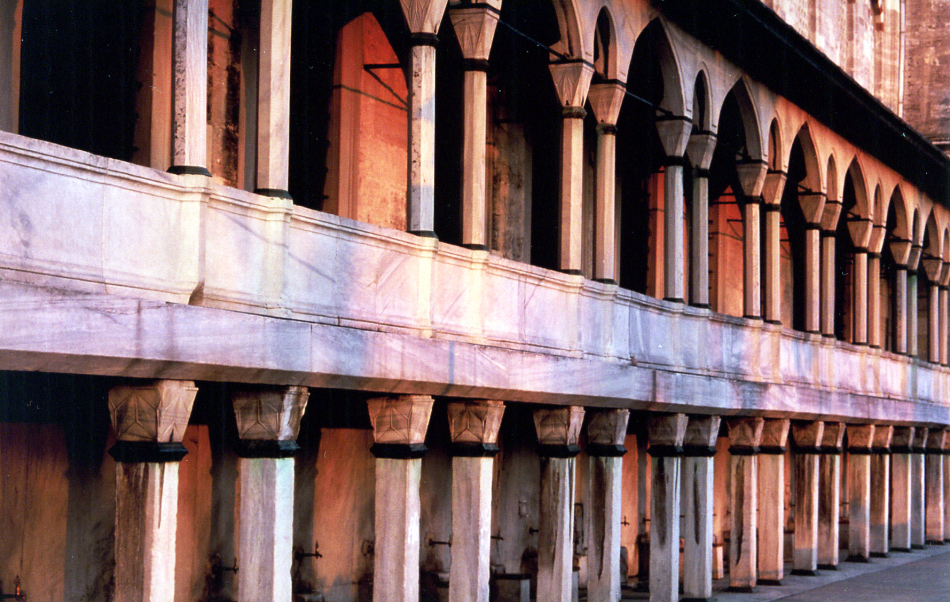 Beautiful sunlight casts an orange tone onto the marble facade of the Blue Mosque. 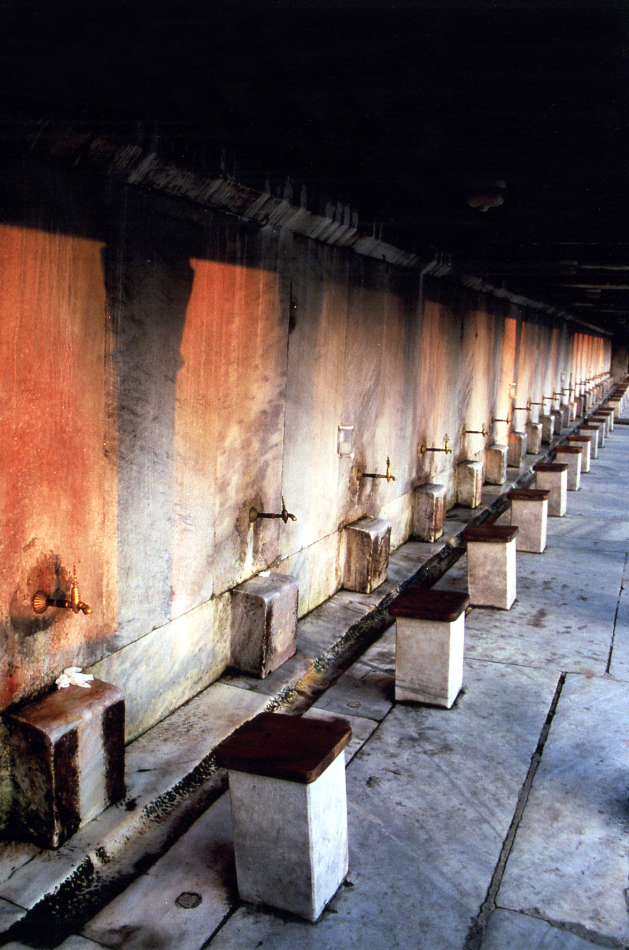 Wudu is the ritual purification for the Muslims.  The process involves cleansing of hands, mouth, nostrils, arms, head and feet.  This process is usually done before formal prayers and handling of the Quran.  A designated wudu area is provided at the entrance courtyard. 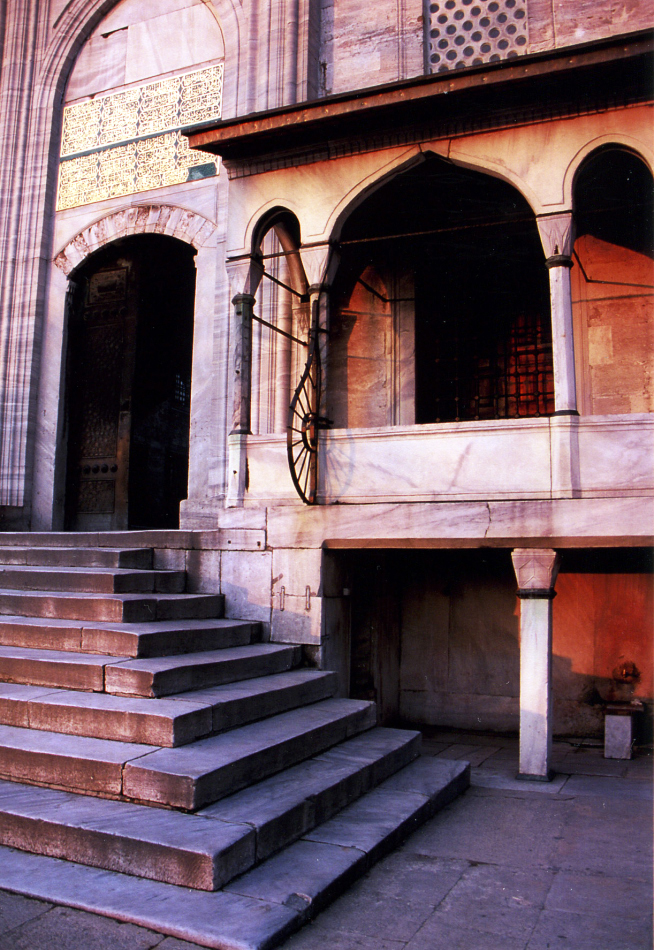 After the wudu area, worshipers enter the forecourt through the raised gateway. 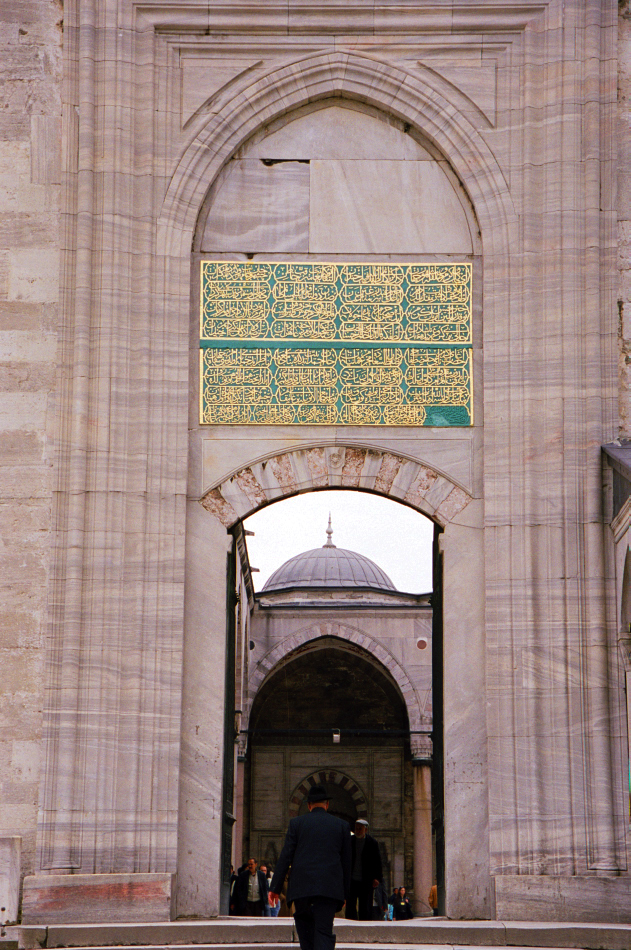 The raised archway bring visitors into the forecourt. 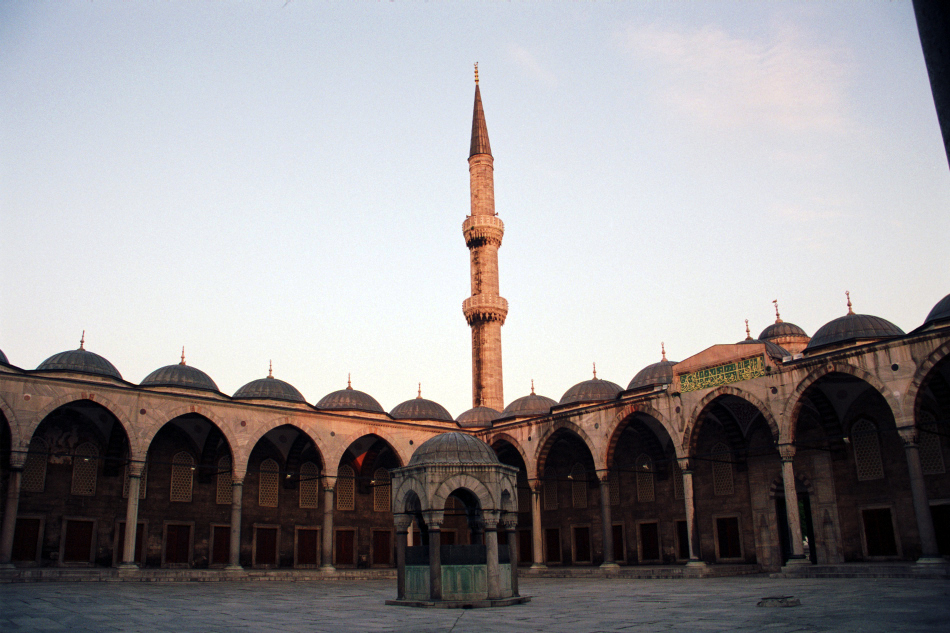 The forecourt is consisted of a fountain in the middle and vaulted arcade around the perimeter. 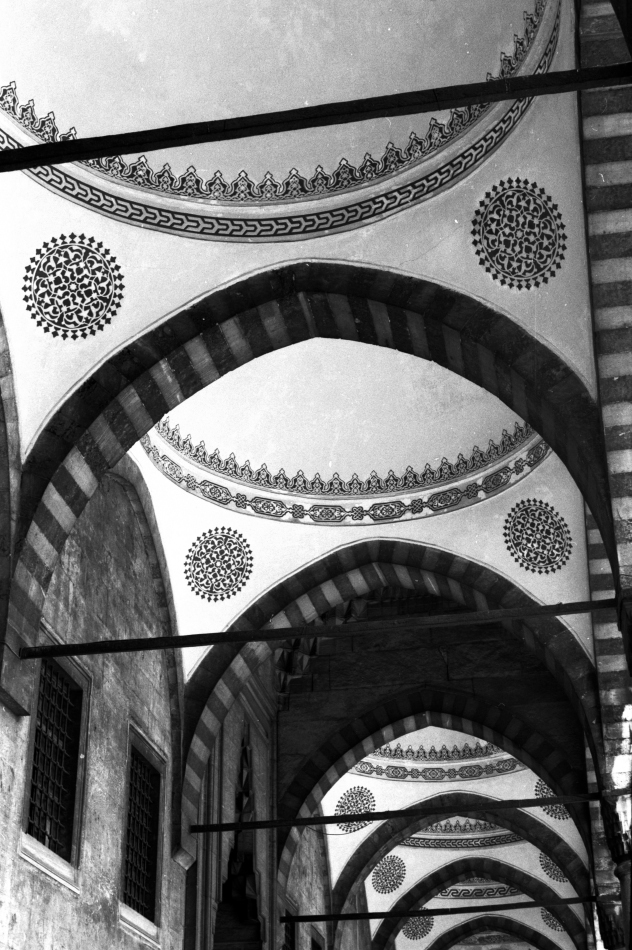 The vaulted arcade is decorated by a series of domes. 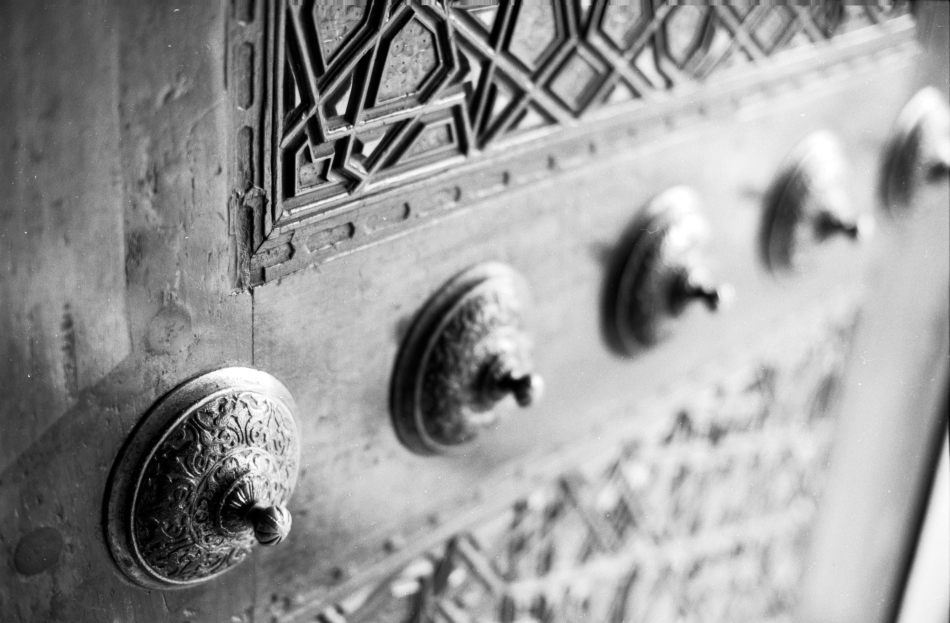 Details of the wood work and metal ornament reveal the marvelous craftsmanship of the Ottoman Empire. 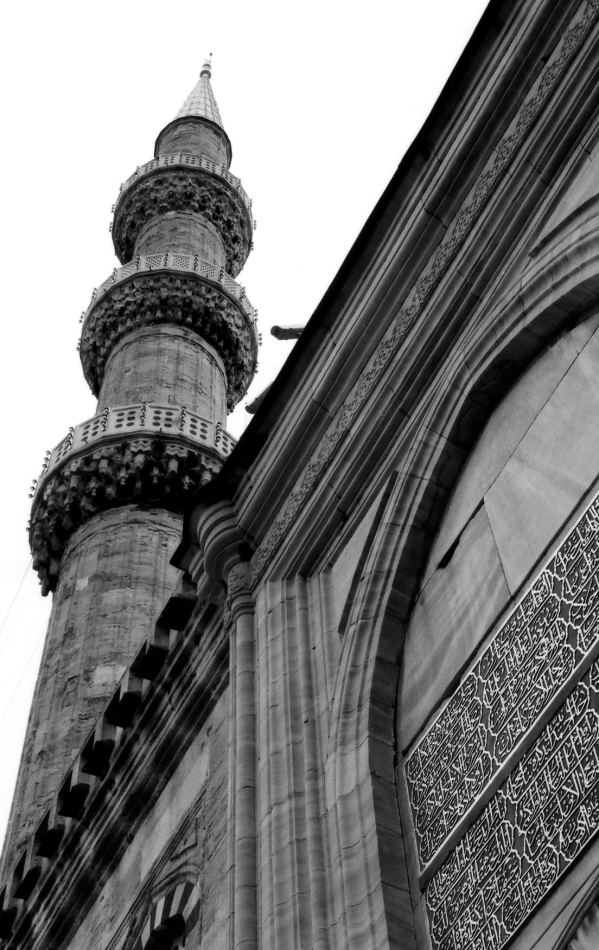 The Blue Mosque is one of the two mosques in Turkey that contains six minarets.