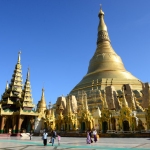 At 4pm, we left Downtown Yangon and headed for Shwedagon Pagoda, probably the most iconic sight of the city if not the entire Myanmar.  Our taxi stuck in busy traffic and it took us half an hour to arrived at the east gate of Shwedagon Pagoda from Downtown Yangon.  We specifically chose to visit the pagoda in the latter half of the afternoon, as we planned to stay at the pagoda compound till dusk when the golden stupa would glow in the flickering candle lights and flooded lights.  At the east gate, we took off our shoes and left them on a shelf, and squeezed in a lift with the locals to head up the Singuttara Hill where the central pagoda and the main terrace were located.  From the lift tower, we crossed a link bridge over to the main terrace.  The first glance of the golden spires of Buddhist shrines was quite overwhelming.  Beyond the the various ornate shrines, prayer halls, and planetary posts, the majestic 99m central stupa known as the Shwedagon Pagoda stood proudly at the heart of everything.  Fully gilded with gold, this central stupa dwarfed all other stupas, shrines, altars, statues, and prayer halls on Singuttara Hill.

Probably erected by the Mon people between 6th and 10th century AD, the Shwedagon Pagoda has been the centre of Myanmar’s Buddhist universe for centuries.  Legend has it that the original stupa at Singuttara Hill was dated to 2600 years ago, when Taphussa and Bhallika met Gautama Buddha during his lifetime and brought back 8 of his hair as sacred relics.  A stupa at Singuttara Hill was built to house the hair.  The stupa evolved throughout the centuries, as shrines and prayer halls added by different kings and donors, and the height of the stupa increased several times during history until the present 99m.  The pagoda wasn’t always covered in gold in the past.  In the 15th century, Queen Shin Sawbu donated gold plates equaled to her own weight to be riveted onto the stupa surface.  Since then, cladding the stupa in gold had became a tradition for rulers.

We took our time wandering around the 114-acre pagoda site.  After an hour or two meandering through all kinds of Buddhist structures and visiting the interesting photo gallery, we sat down at the open space at the northwest corner near the Friday planetary post to chill out, waiting for the sun to set and candles to lit up. 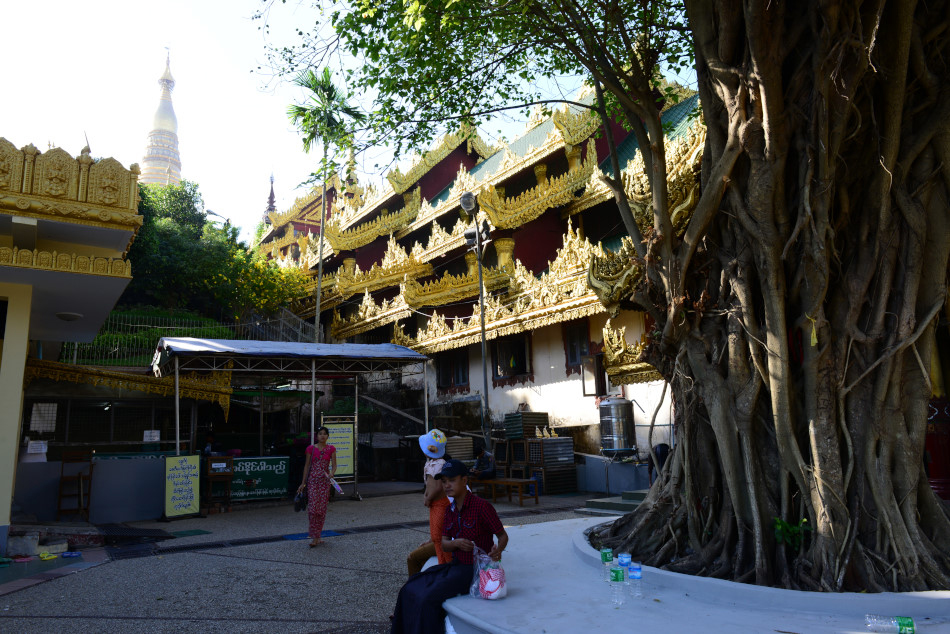 Our taxi dropped us off at the east gate of Singuttara Hill.  We followed the locals to take an elevator up to the main terrace level. 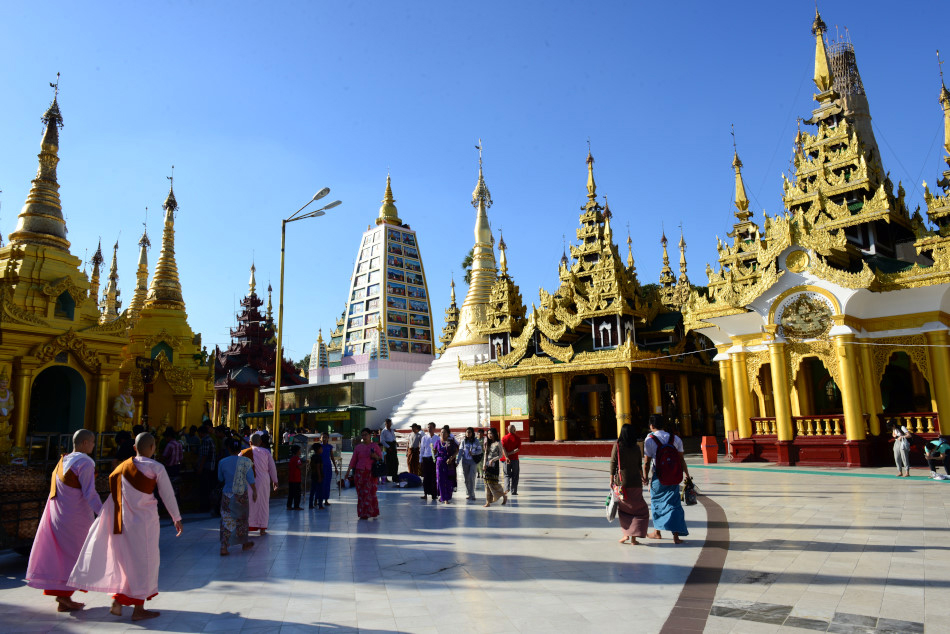 Once we reached the main terrace, we were immediately overwhelmed by the fine details and golden ornaments of the surrounding shrines and prayer halls.

In the midst of everything stood the majestic 99m Shwedagon Pagoda.

We circled the pagoda and stopped by some of the interesting shrines.  Chinthe, the legendary half-lion, half dragon creatures are commonly found as guardians in Buddhist temples of Southeast Asia. 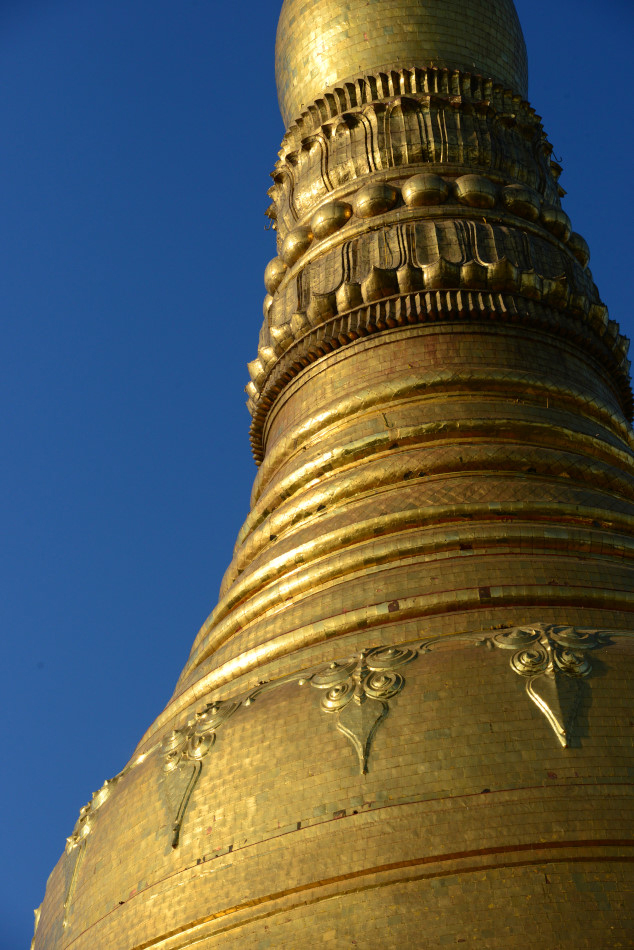 It was hard to imagine just how many gold plates were being applied onto the surface of the Shwedagon Pagoda over the centuries. 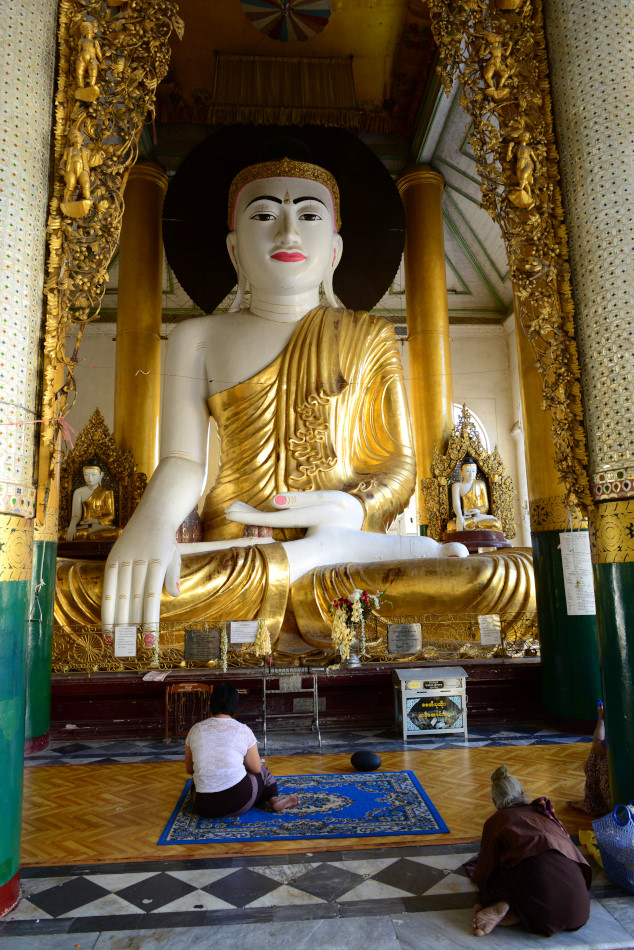 The big Buddha at the northwest corner of the compound is a fine example of Buddha images found at Shwedagon Pagoda. 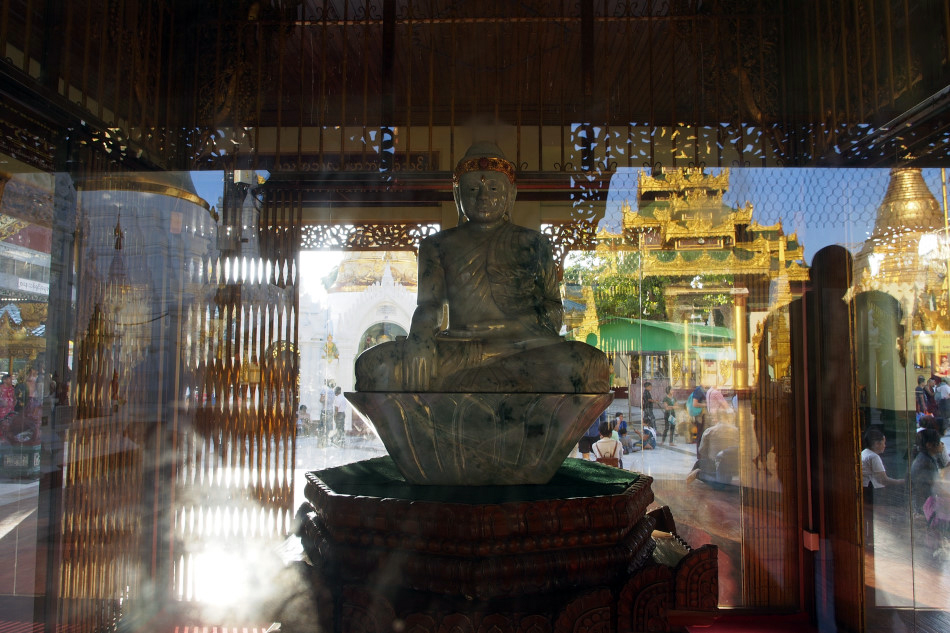 Displayed behind glass, the jade Buddha reminds all visitors that Myanmar has the biggest gemstones and jade mining in the world.

Three out of the four main staircases known as zaungdan stairs at the four cardinal directions are filled with vendors of religious merchandise.

The four monumental covered staircases are all splendidly decorated.

Everything on the main terrace of Shwedagon Pagoda seemed to be golden in colour. 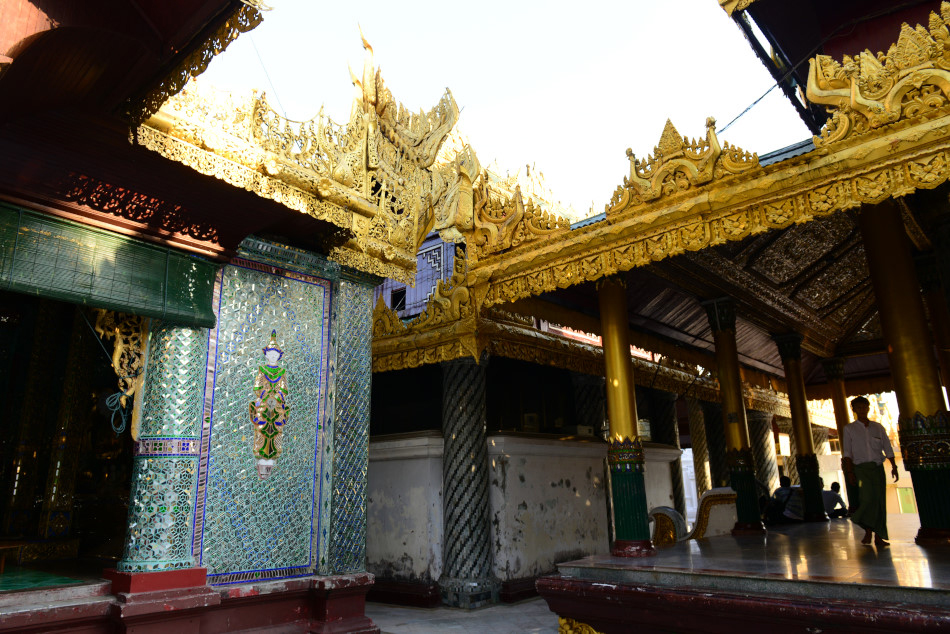 Away from the main circulation space around the central pagoda, we walked by a number of prayer halls and shrines.  These structures were built in different periods in history, but many were rebuilt after the 1931 fire that caused damages to the wooden structures in the compound. 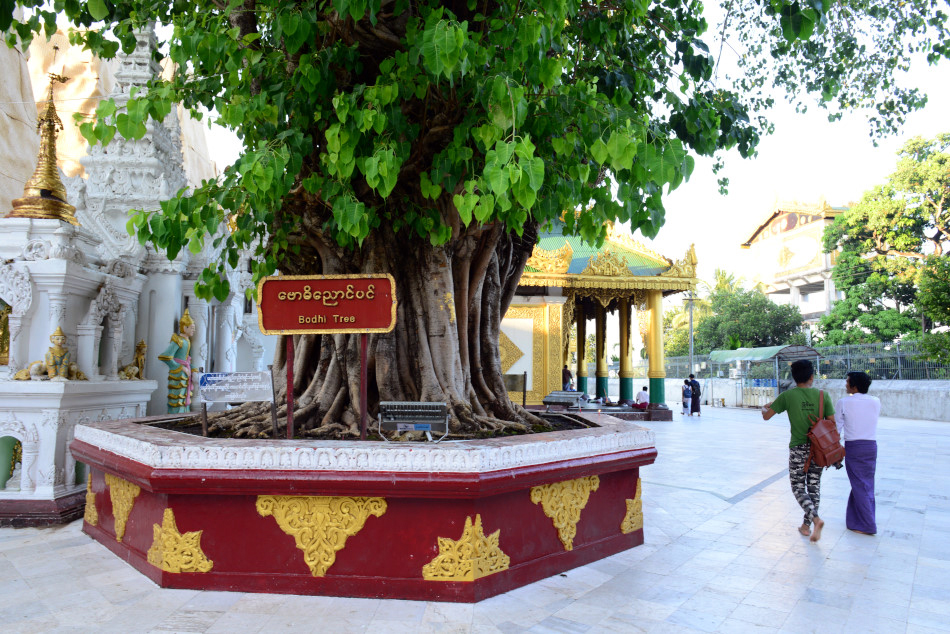 The 150-year-old Bodhi Tree at the southeast corner of the compound is said to be descended from the original Bodhi Tree in Northern India where the Buddha meditated underneath. 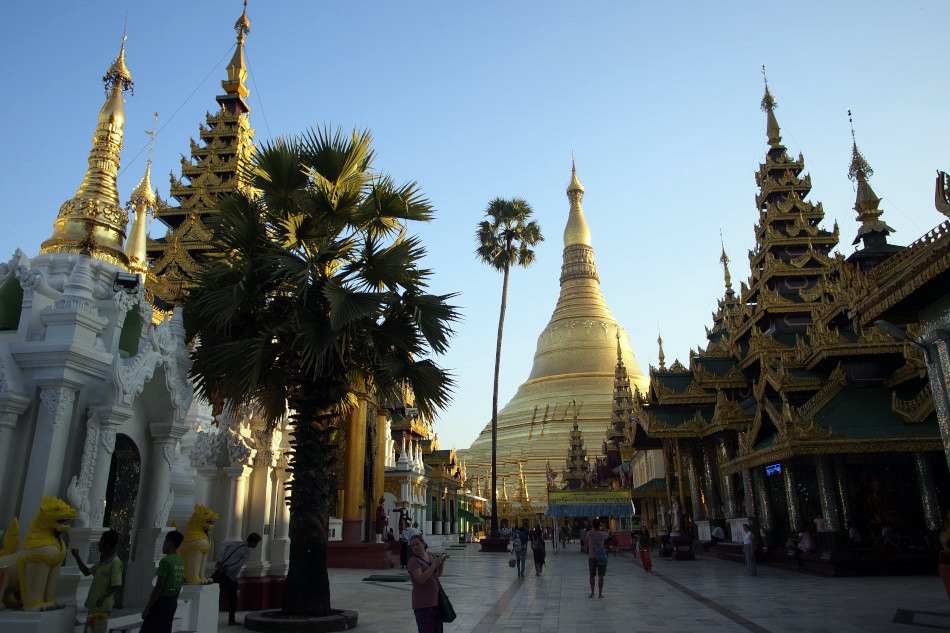 Viewing the Shwedagon Pagoda from the north gate was one of our favorite.

At 6:30pm, the sun began to set.  More visitors arrived from the staircases at the four cardinal directions. 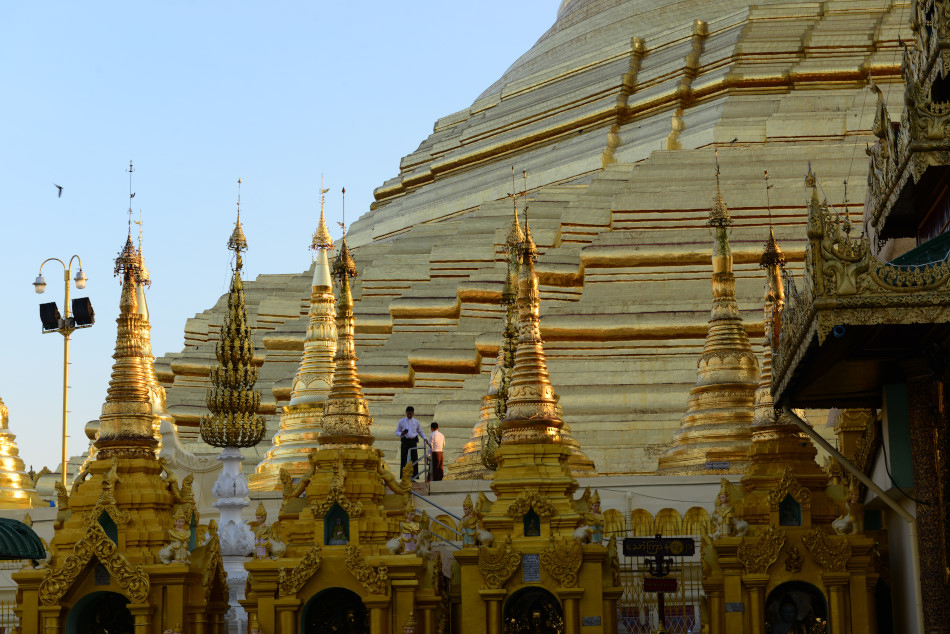 Only staff and monks are allowed to climb onto the terraces of the Shwedagon Pagoda. 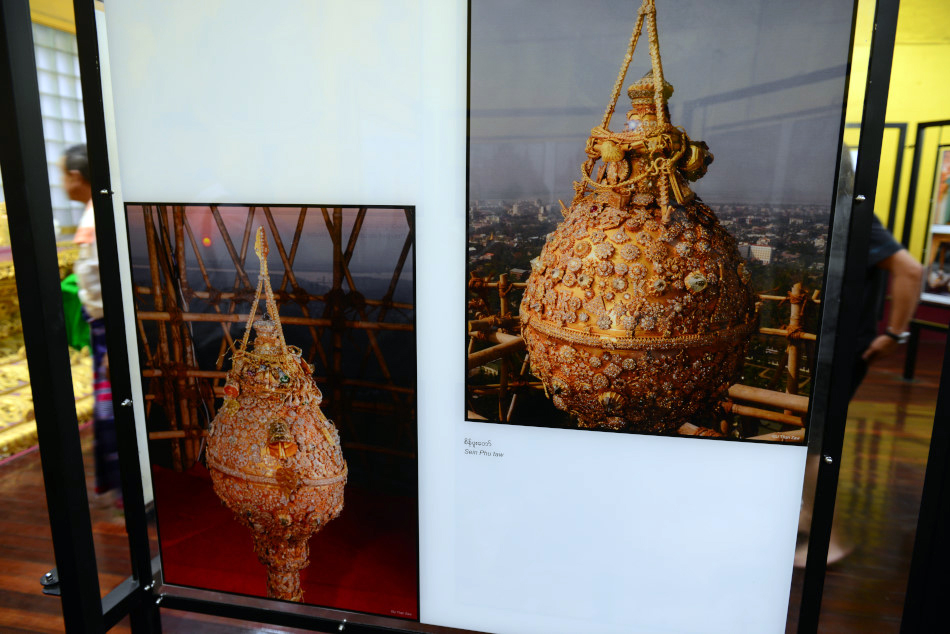 In the Photo Gallery northwest of the central pagoda, we were able to see photographs of the treasures on the pagoda spire, including about 5000 diamonds, 2300 rubies, sapphires, and other gems.

One of the most famous treasures of Shwedagon Pagoda is undoubted the 72 carat diamond at the top of the spire. 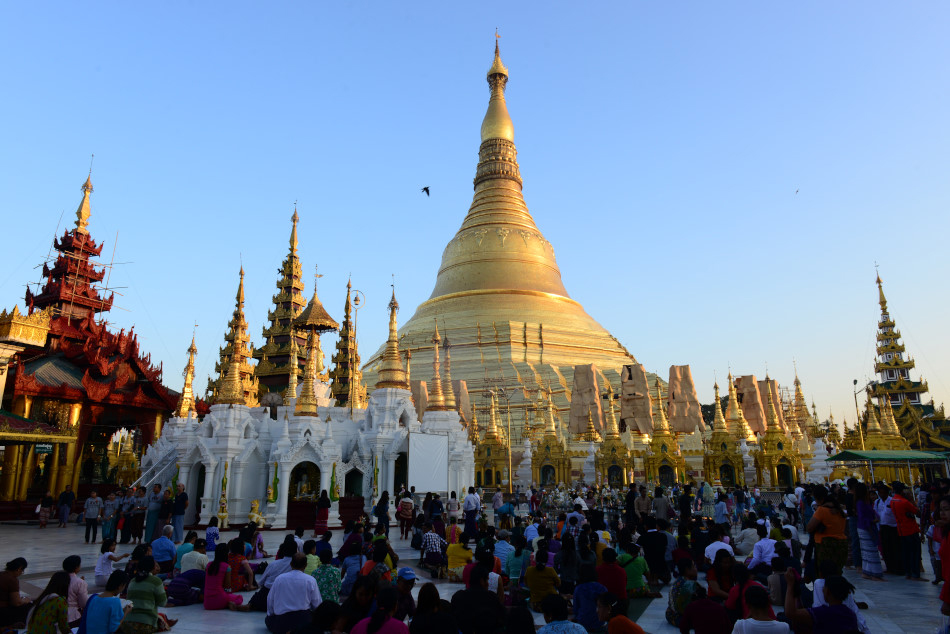 After visiting the Photo Gallery, we sat down at the open space in front of the gallery as the sun began to set. 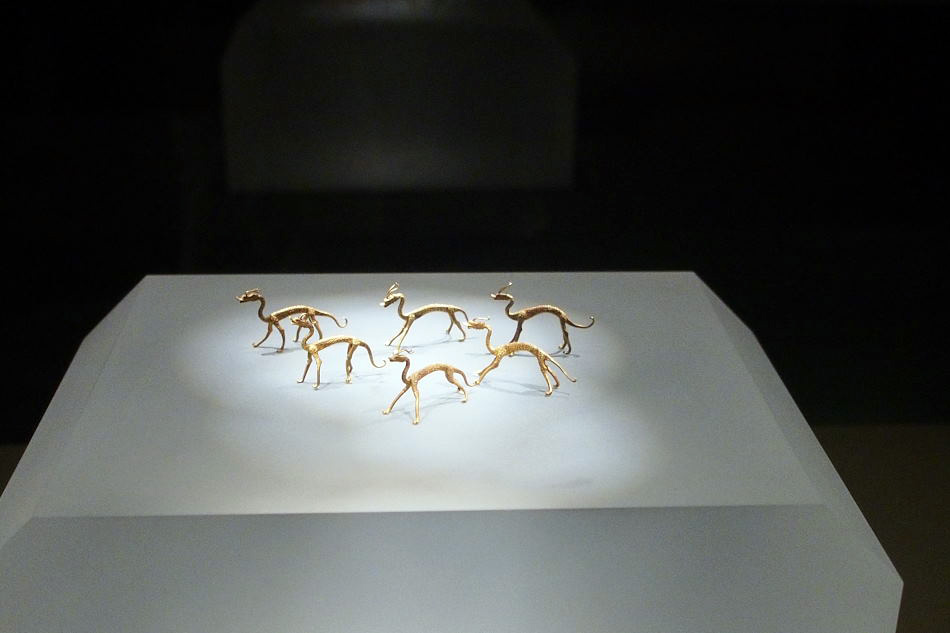 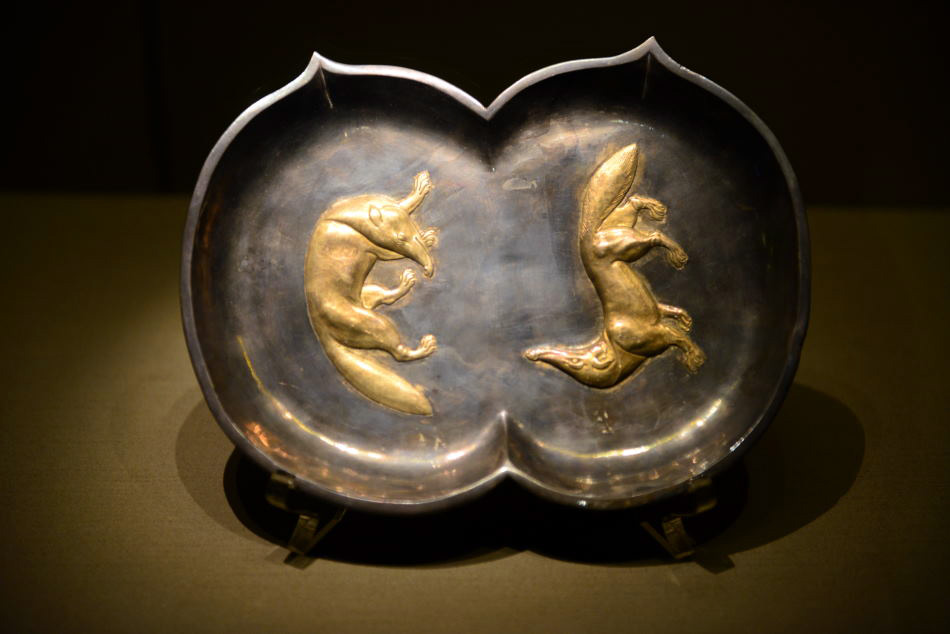 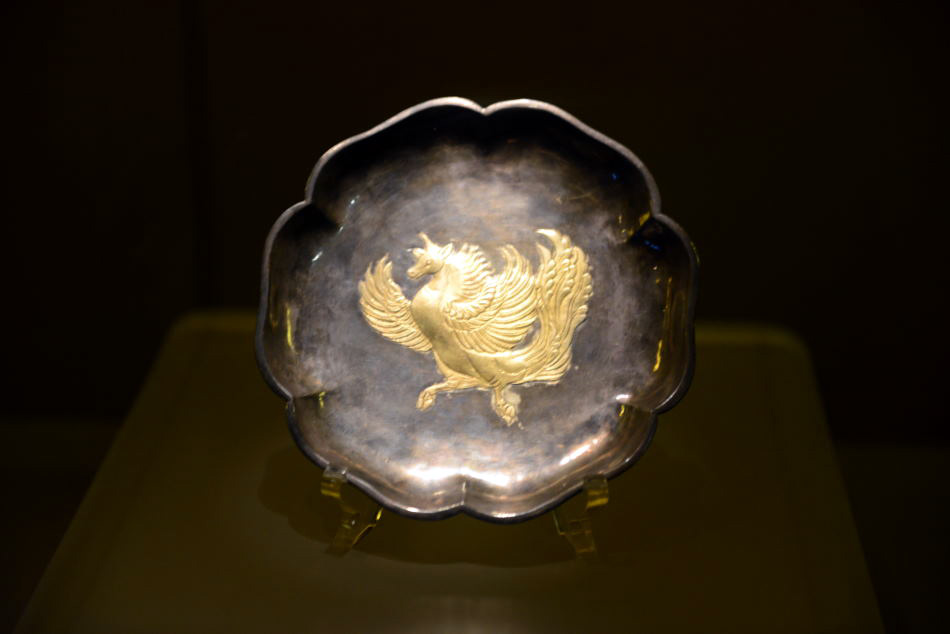 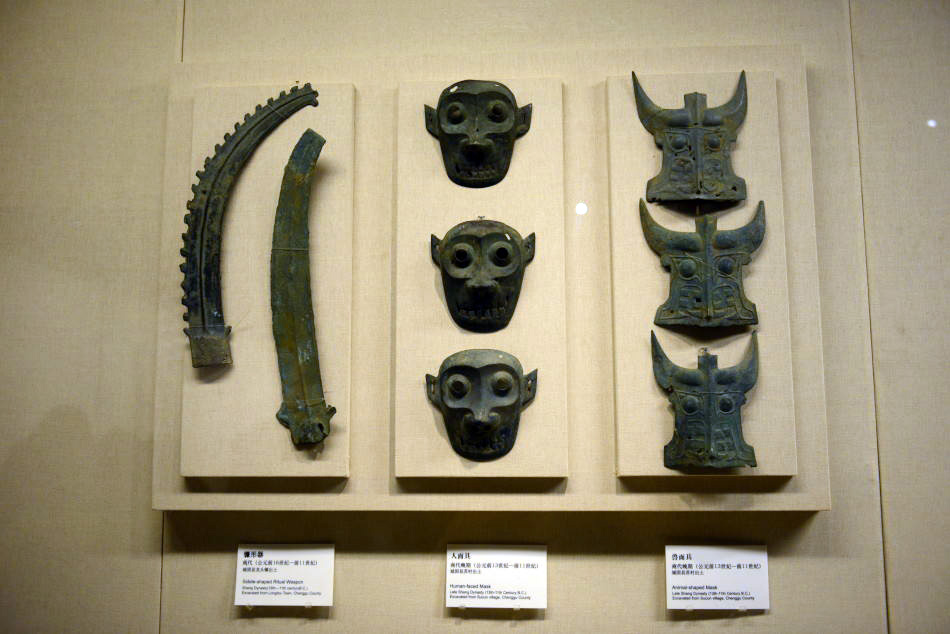 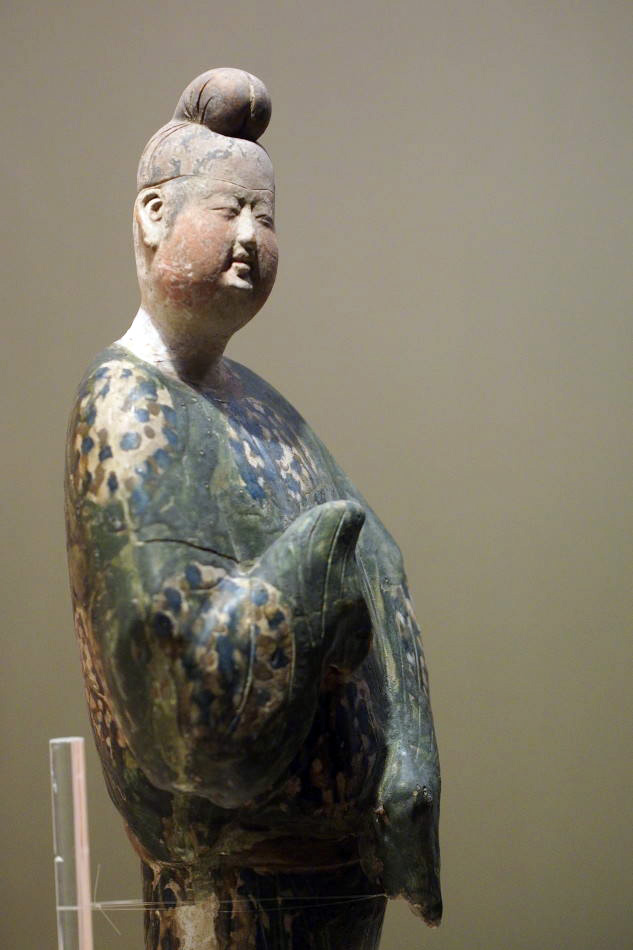