HOW WE USED TO CELEBRATE CHRISTMAS

We got off work early for Christmas Eve. Some restaurants were about to close as we picked up our takeout from a small Japanese restaurant in Tai Hang. In Hong Kong, no restaurant is allowed to serve customers (except takeouts) after 6pm. No countdown events, Christmas parties or family gatherings. Just a simple dinner at home for the two of us seemed to be the most appropriate Christmas Eve celebration for this unusual year. 2020 is an extraordinary year. I can hardly recall another incident in my lifetime that has simultaneously affected virtually every single human being in the world. The terrible pandemic is forcing all of us to face the same fear, frustration and isolation. Most planes have been grounded, borders shut, and international tourism has almost come to a complete halt. This abrupt disruption to our lives lead us to realize that celebrating a festive moment with families and friends or spending the holiday season at a foreign land shouldn’t be taken for granted.

Memory is interesting when it works with time. At this bizarre moment of frustrating lock downs and social distancing, a recollection of how we had spent Christmas and New Year in the past two decades remind us how we used to freely experience the world and appreciate every little things around us. Looking beyond the vivid fireworks and lavish parties, it was our curiosity, freedom and gratefulness that allowed these joyful moments to simply make us happy in different stages of our lives. At this time of physical restrictions and emotional stress, looking back at these little moments of ours have become more precious than ever. Everyone deserves memories of celebrations that worth cherishing. Hope our little sharing would remind you some of your own best moments of Christmas.

We wish you Merry Christmas and good health for the upcoming 2021.

Longshan Temple is a prime tourist attraction and a religious centre in Taipei. Built in 1738, the temple has survived through earthquakes and fire, and has undergone numerous renovations and reconstructions. The temple is dedicated to a number of Buddhist, Taoist and traditional Chinese deities.

Tourist groups gathered at the Entrance Hall of the temple.

Temple signage and the richly decorated dougong (wooden brackets) under the eaves of the Entrance Hall.

Exquisite carvings, especially the bronze dragons on the columns, are some of the most remarkable details of the Entrance Hall building.

A dozen or so worshipers were busy throwing moon shaped wooden pieces onto the ground, performing a kind of psychic ritual asking for spiritual advices from the gods.

Worshipers at the entrance of the Main Hall.

Interior of the Main Hall. 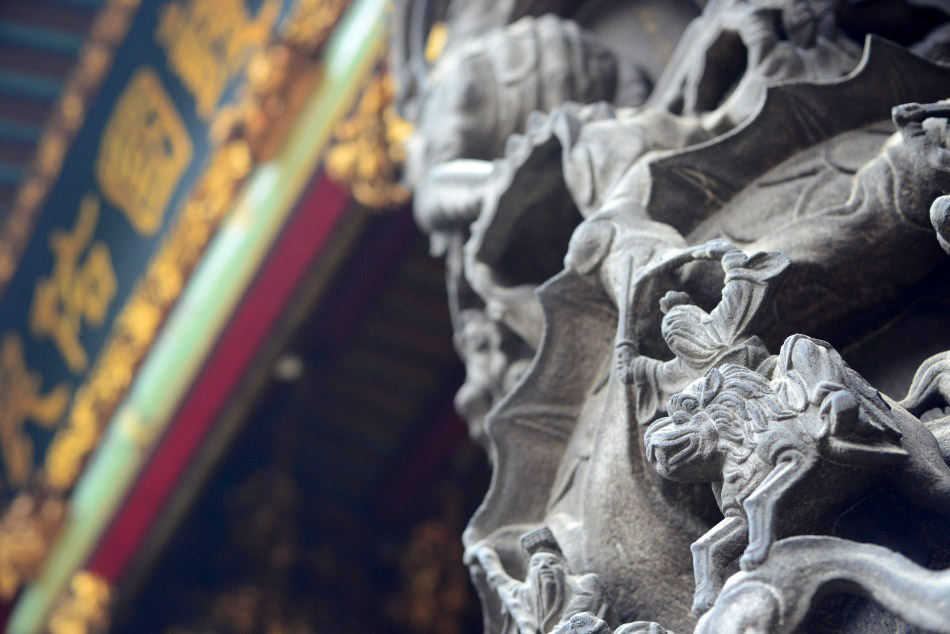 Splendid carvings decorate the exterior columns of the Main Hall. 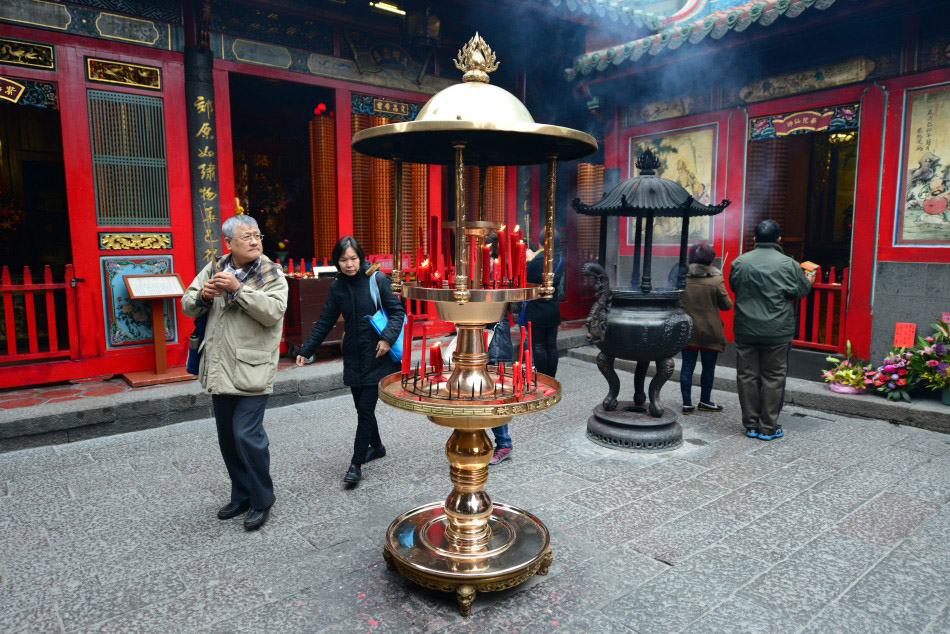 A number of smaller side halls dedicate to different deities lined up the perimeter of the temple complex.

Alters and offerings in one of the smaller temple halls.

Incenses, candles, food and flower offerings could be seen on tables set up all over the courtyards in the temple complex.

Groups of elderly gathered around the main courtyard socializing.

One of the most fascinating features of Longshan Temple is the dragon carvings on the roof ridges. 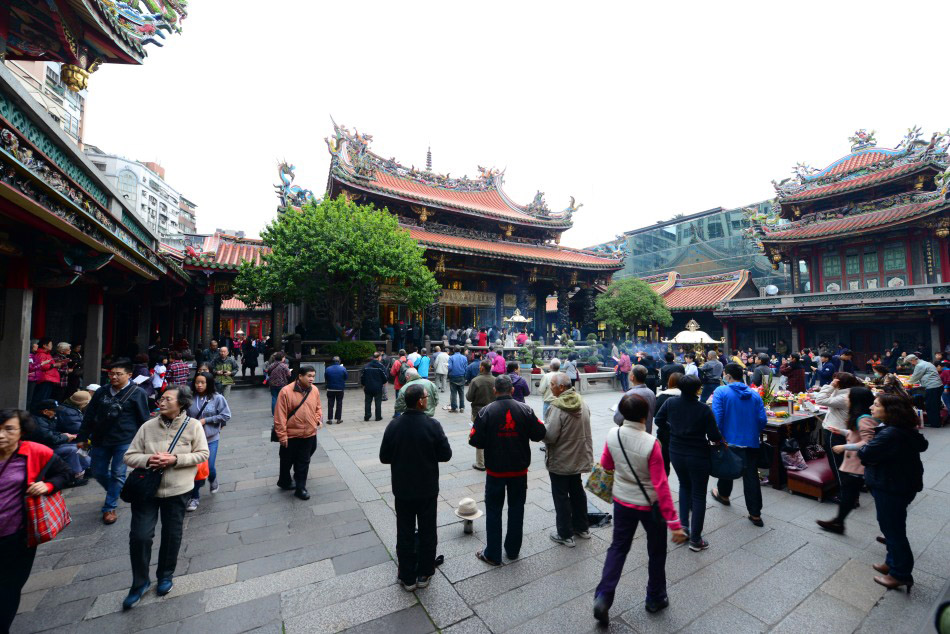 Worshipers gathered in the main courtyard to participate a chanting ritual. 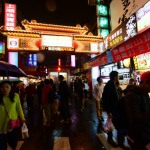 No visitor comes to Taipei will leave without a visit to one of the city’s famous street markets. We picked Raohe Street Night Market (饒河街觀光夜市) at Songshan District. It was not only the wide varieties of food that excited us, but watching how each vendor earnestly prepared the food was also a fascinating experience.

We entered Raohe Street Night Market through its east gate. 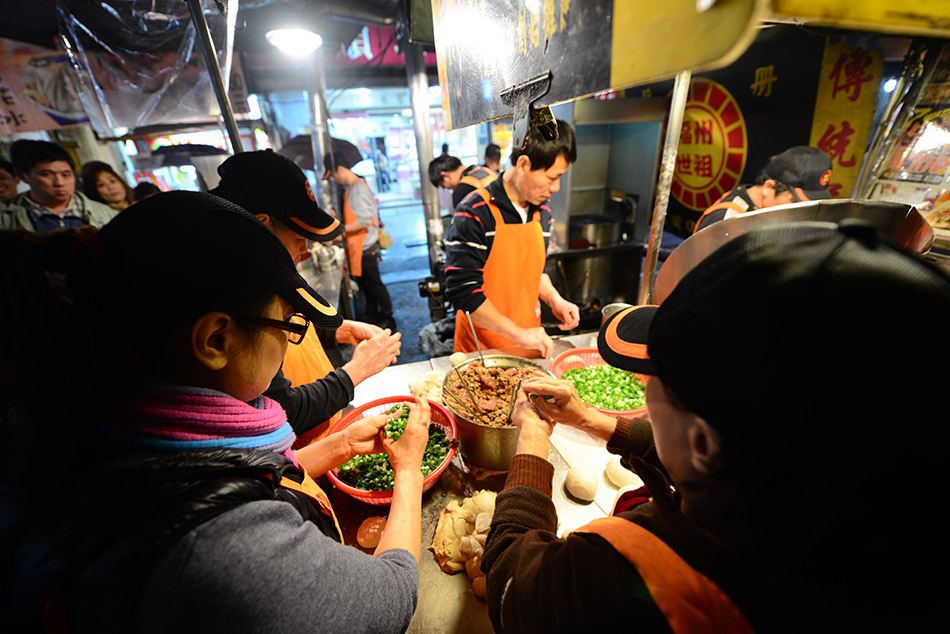 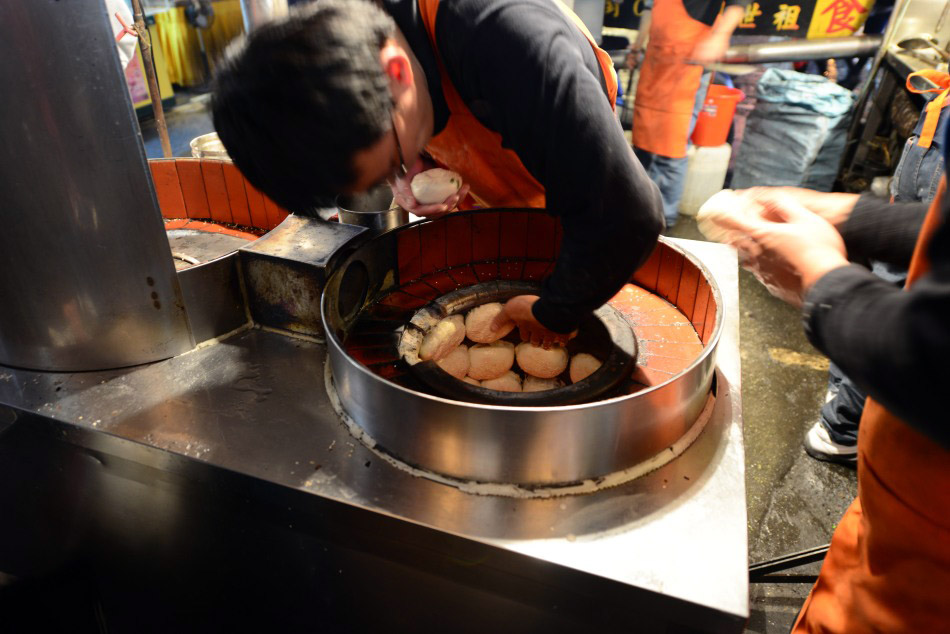 The famous black pepper buns were prepared with a traditional baking method in a cylindrical charcoal stove. 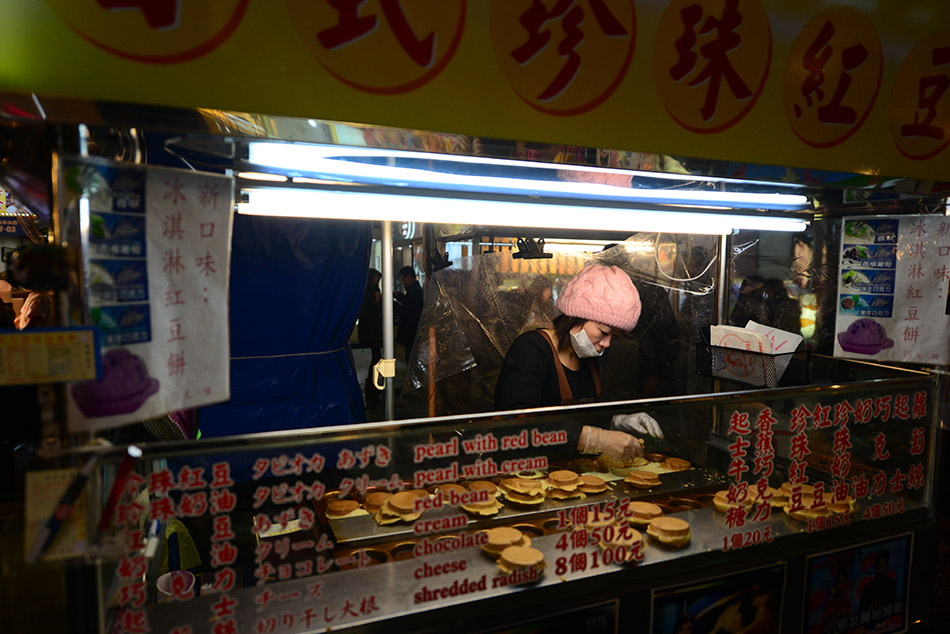 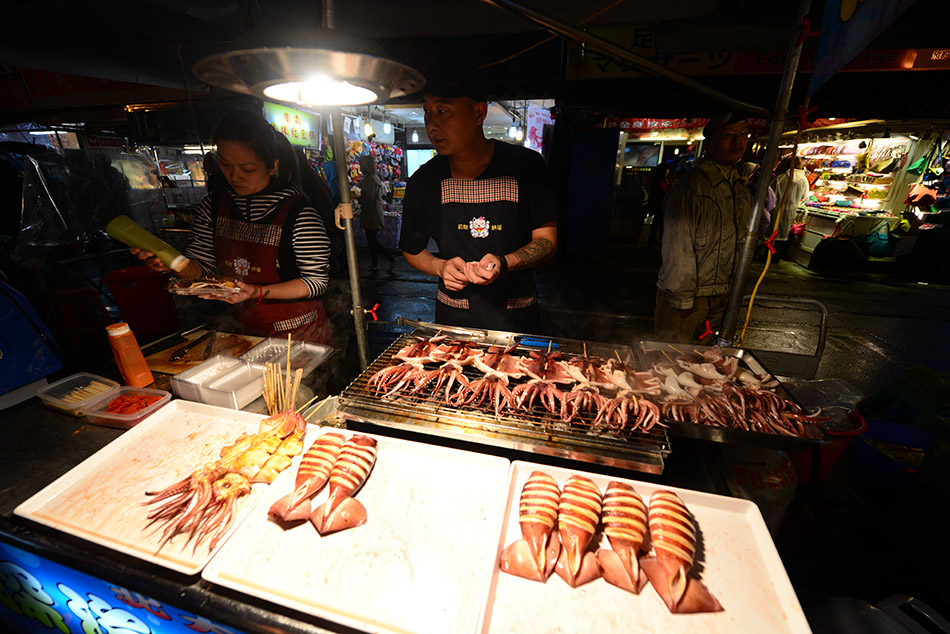 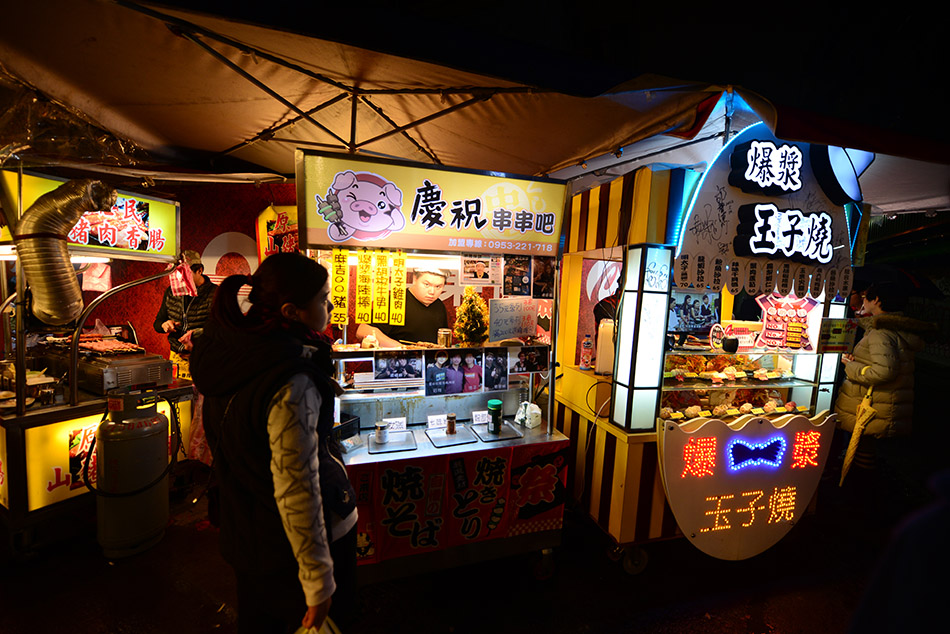 Some stalls were neatly decorated with colourful lights.

Rice with mutton and pork spare ribs are some of the more filling options around. 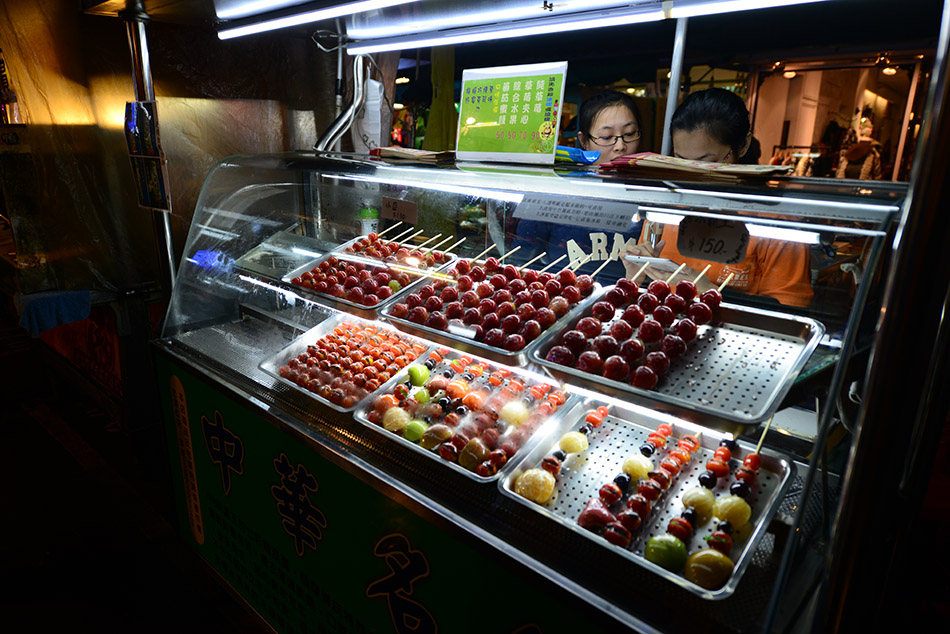 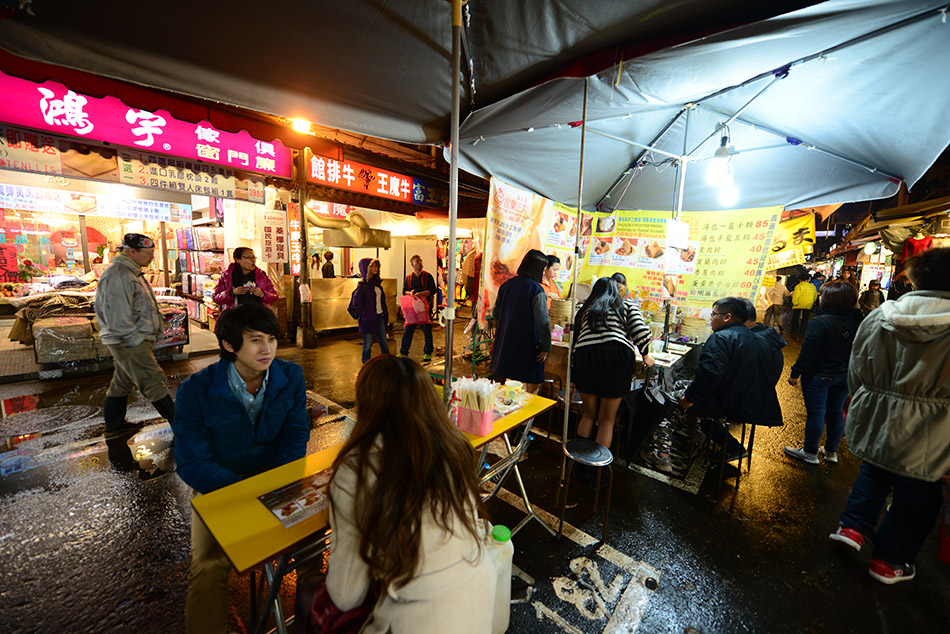 Tables were set up in the middle of the street.

Mango dessert is a local favorite. 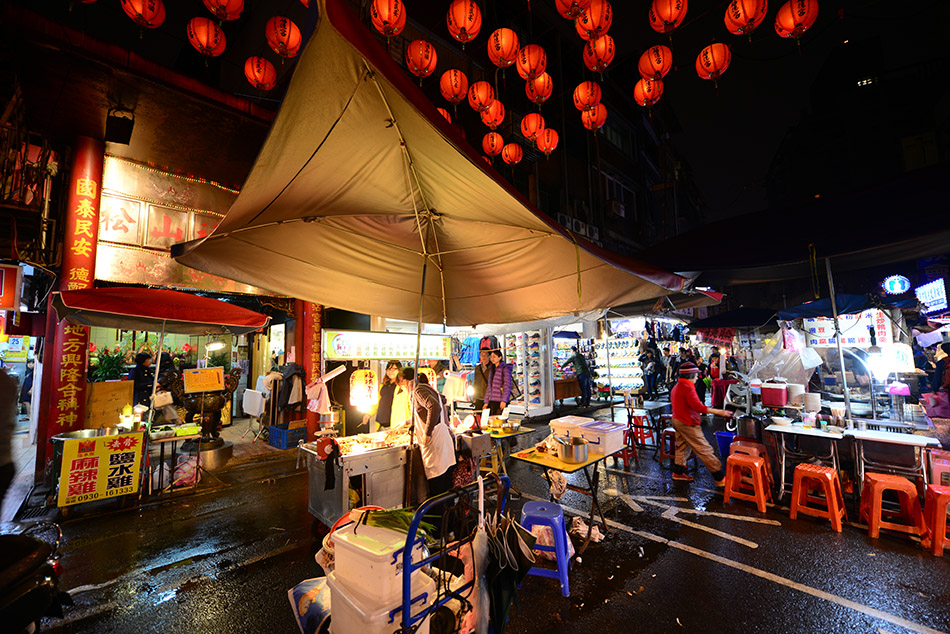 Red lanterns enhanced the atmosphere of the market.

Meat and vegetable wraps were carefully prepared by this vendor.

Dry goods were also sold in the market. 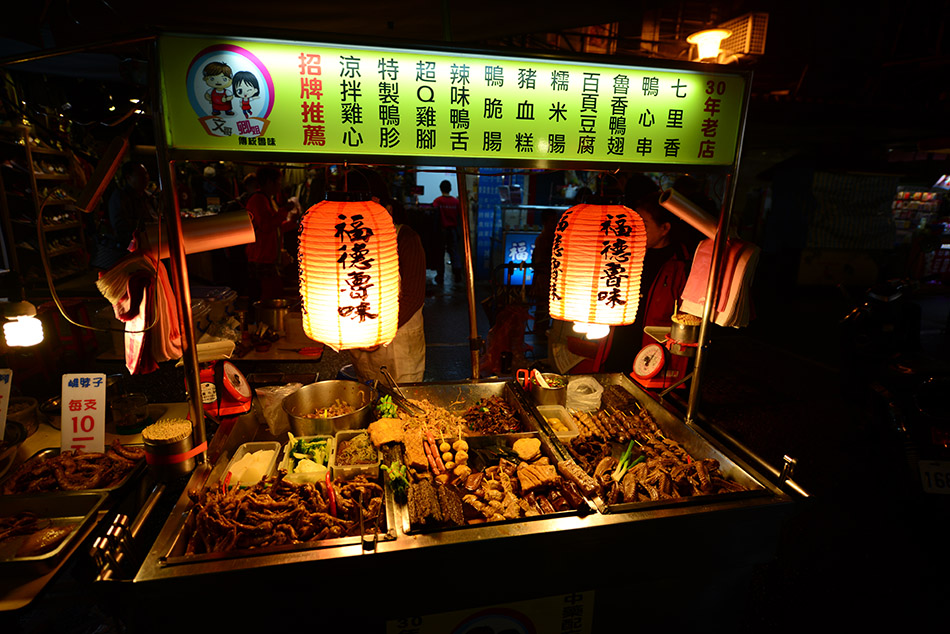 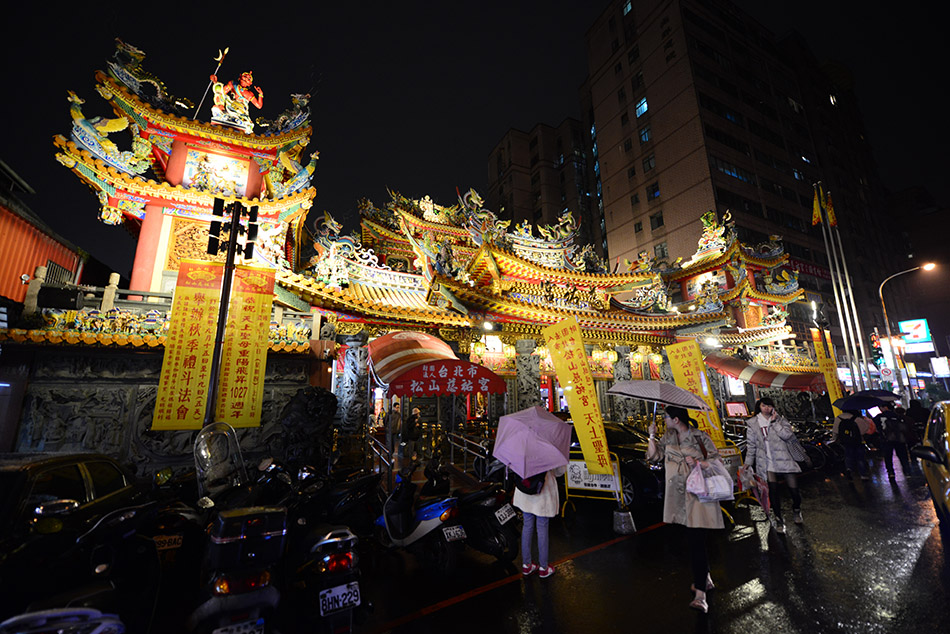 Ciyou Temple at the entrance of Raohe Street Night Market. 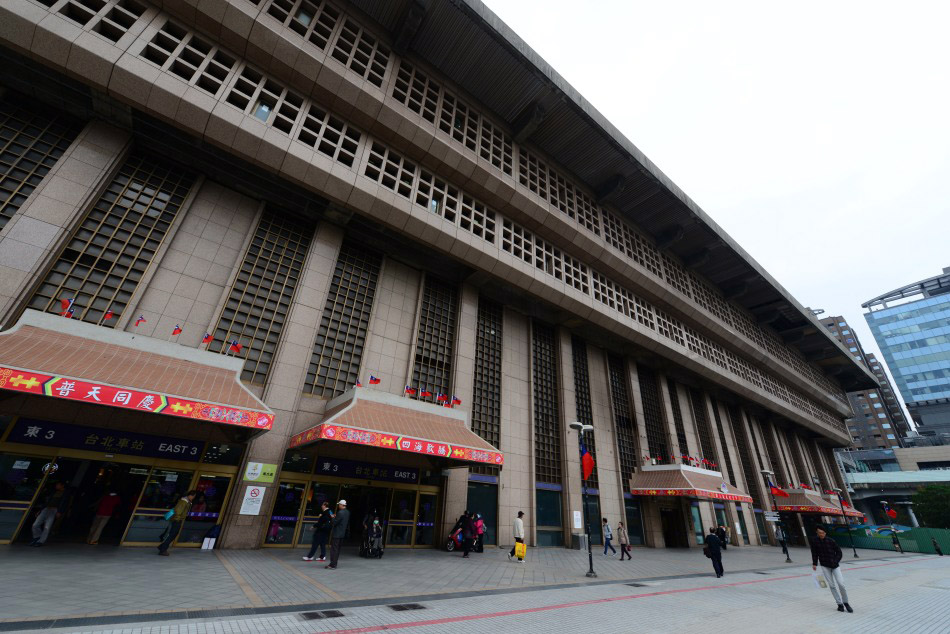 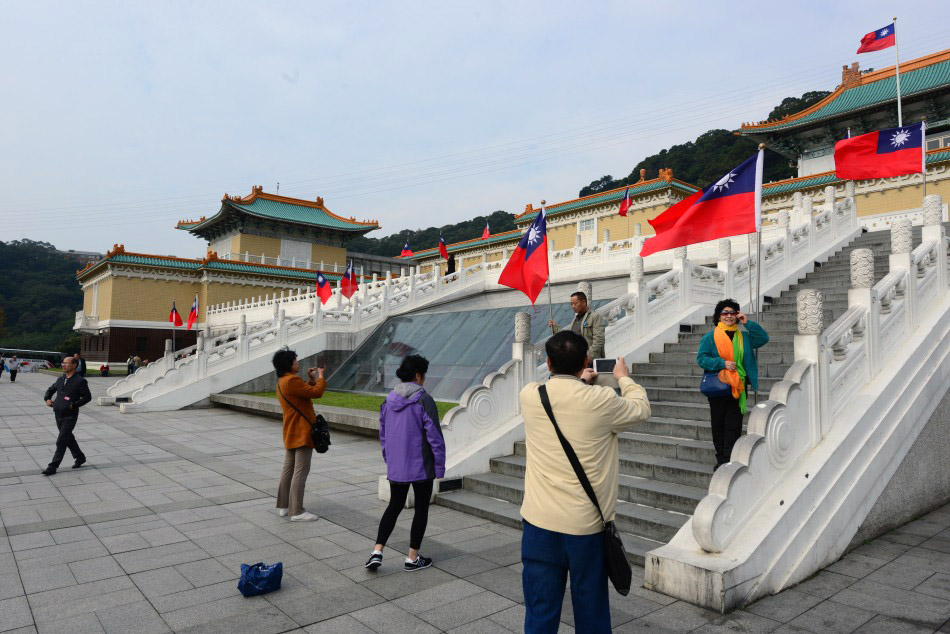 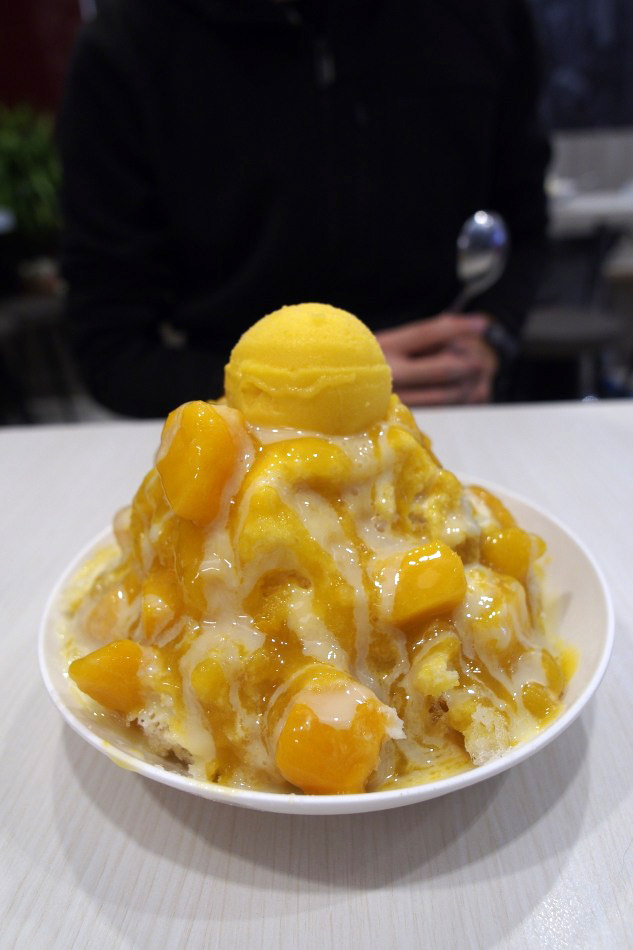 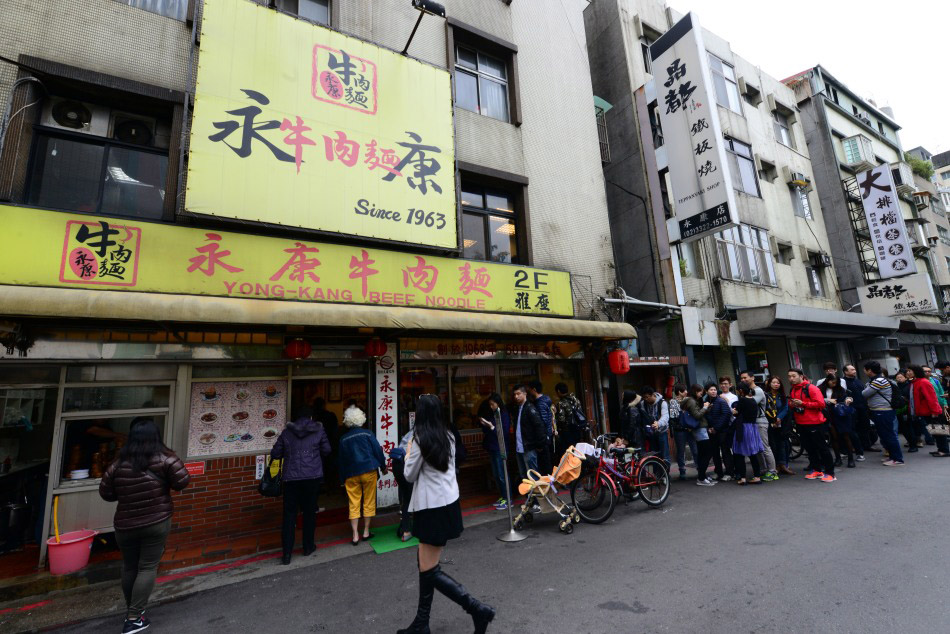 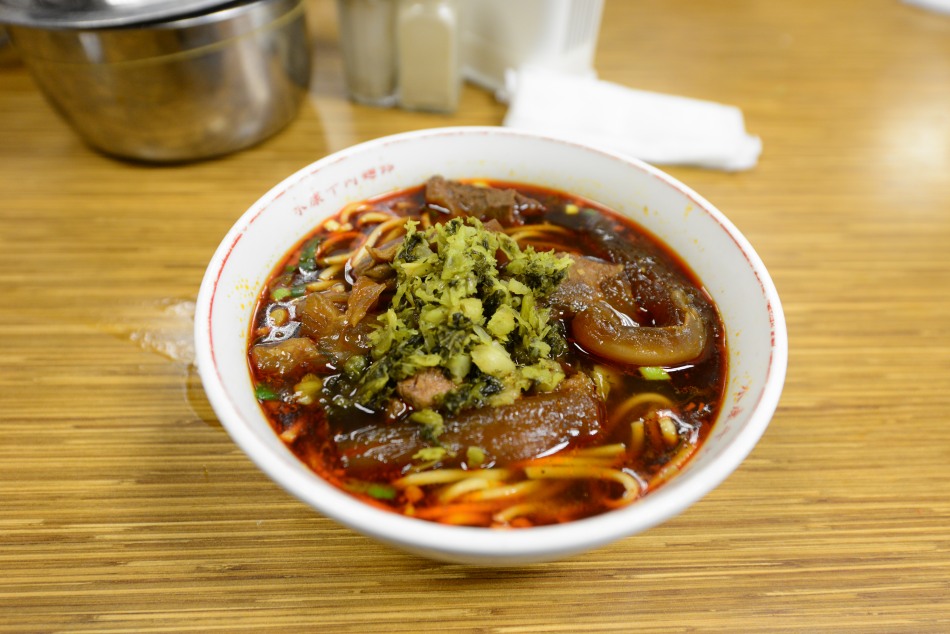