What does “fort”, “oil”, “electric”, “power”, and “wharf” have in common? They are all street names in North Point that reveals the neighborhood’s strategic location and utilitarian past. The “fort” or battery hill is long gone, leaving behind a parkette up on Fortress Hill Road that even local residents may not know about its existence, and the name “Fortress Hill” that defines the westernmost area of North Point District. The former oil depot, powerplant and wharf facilities that gave us the street names “oil”, “electric”, “power”, and “wharf” have all been replaced by high density residential developments. In the 20th century, North Point has gone through series of transformations, from just a defensive battery at the northernmost point of Hong Kong Island and a cluster of infrastructure facilities that supported the adjacent Victoria City, to an area teeming with domestic life where amusement park, theatres, swim sheds, department stores, and red-light businesses sprang up and then mostly faded away. Due to a large influx of mainland immigrants in mid 20th century, especially the Hokkien Fujianese and Shanghaiese, North Point has become the most densely populated place on earth in late 1960’s, according to the Guinness Book of Records. Today, the urban density of North Point may no longer ranked top of the world, but a stroll on King’s Road, the district’s main thoroughfare where blocks after blocks of concrete apartments encroaching in all directions, can still be disorienting for many.

Published by Hong Kong Art Centre as part of “Via North Point” art programme in 2020, a local magazine did a poll with a group of local residents about their favorite landmarks in North Point. Unlike the monumental and glamorous urban icons in Central or Tsim Sha Tsui, their top five selected landmarks include two theatres, a pier, a market and even a street intersection. For them, these daily scenery have defined the collective identity and a sense of belonging for the community. For us who have been working in the adjacent Quarry Bay for the past eight years, North Point is also an area we would pass by almost everyday. We share some of their sentiments and also find beauty from these what may seem like ordinary street scenery by first glance. Here are their top five favorite landmarks in North Point:

Situated between Causeway Bay and the heart of North Point, Fortress Hill (炮台山) has long been under the radar. In recent months, East Coast Park Precinct in Fortress Hill has emerged as one of the hottest new attractions in Hong Kong. Apart from the harbourfront lookout, the following two spots in Fortress Hill are also gaining popularity on Instagram as well.

Thanks to various influxes of immigrants from Mainland China in the 20th century, North Point (北角) was listed on the Guinness Book of Records as the most densely populated place in the world at the end of the 1960’s .  Today this may not be the case anymore, but this old neighborhood in northeast Hong Kong Island remains complex and bustling with life.  While many urban spaces in the area have gone through dramatic transformations in recent years, a number of vintage buildings and old streets remain.  From the foot of Braemar Hill (寶馬山) to the Island Eastern Corridor (東區走廊) along Victoria Harbour, and from the 100-feet-wide thoroughfare of King’s Road (英皇道) to the narrow market street of Chun Yeung Street (春秧街), North Point is always teeming with life.  Take a stroll through its old neighborhoods is like meandering through traces of Hong Kong’s urban and social evolution from the early 20th century to the contemporary moment. 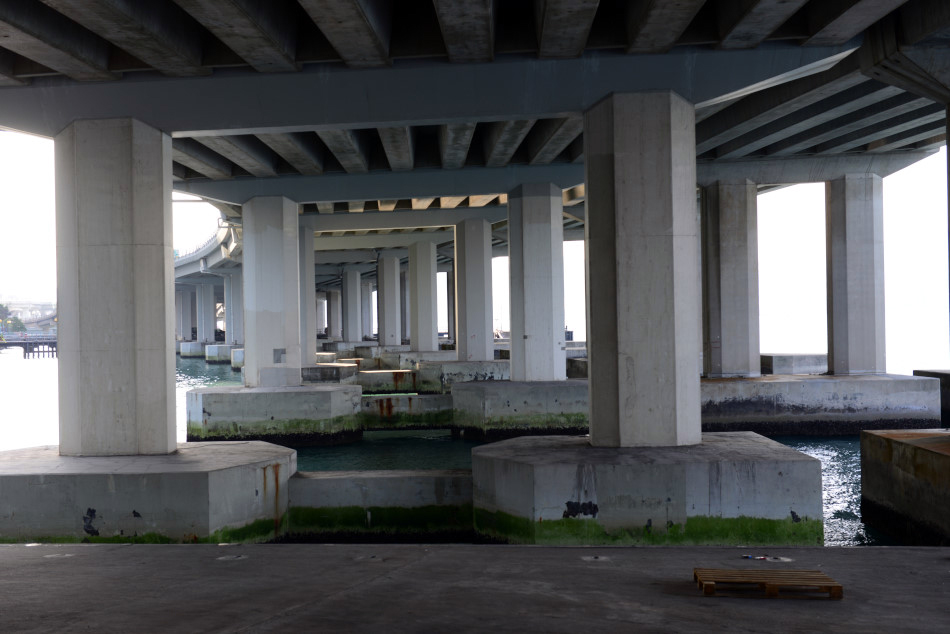 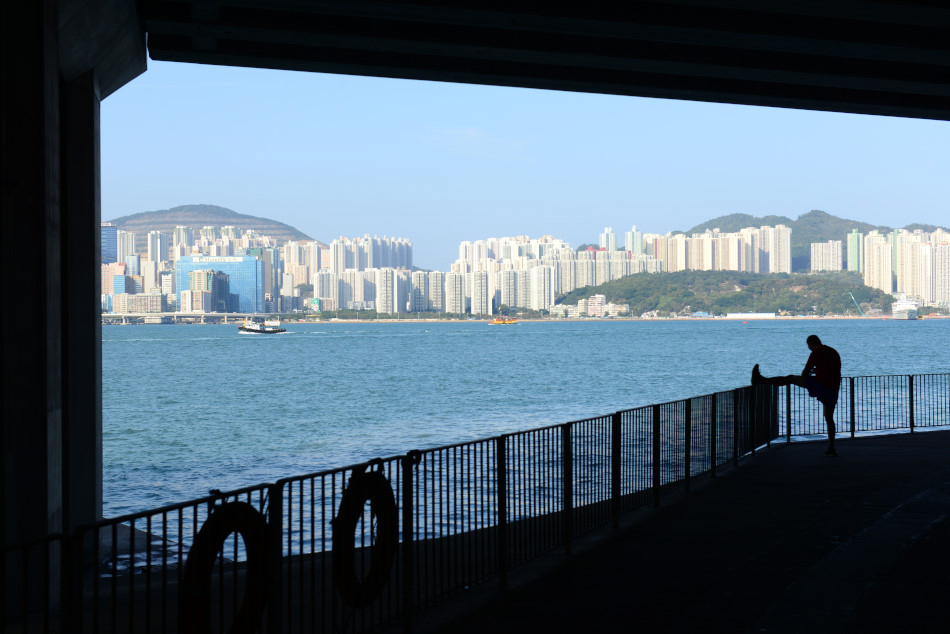 Many dislike the idea of having an elevated expressway along the waterfront.  Proposals are being made to enhance the pedestrian experience along the harbour by introducing a seaside promenade.

Many people walk out to the pile caps of Island Eastern Corridor to take in the panoramic view of Victoria Harbour, Kai Tak Cruise Terminal and Kowloon Bay. 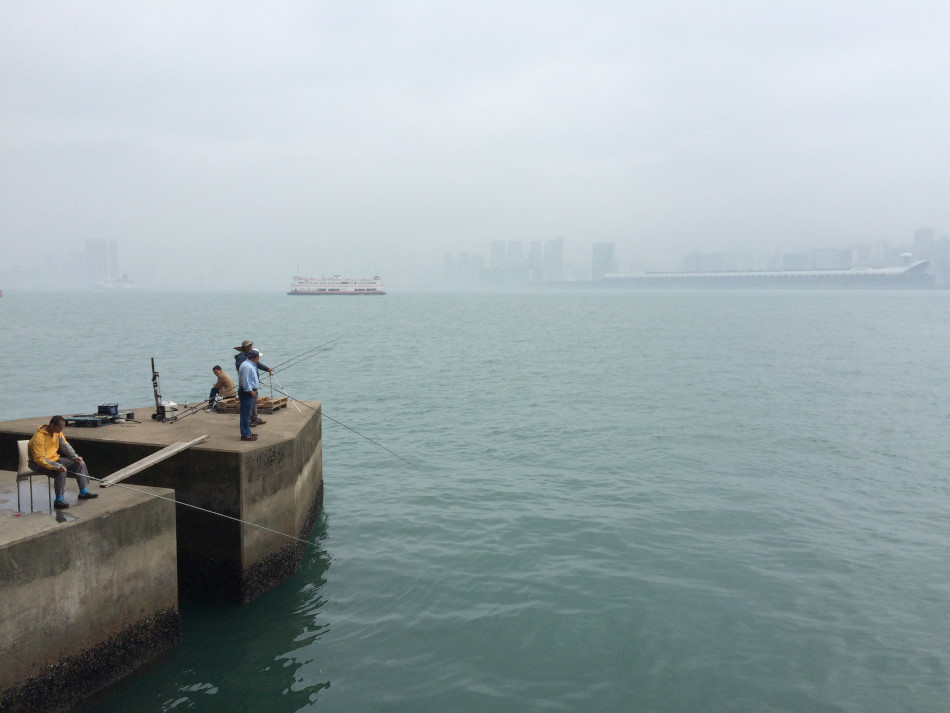 Quite often during the week, the pile caps of Island Eastern Corridor serve as ideal platforms for leisure fishing.

Perched above the sloped street of Kai Yuen Street (繼園街) is a peaceful neighborhood of old tenement houses, or tong lau (唐樓). 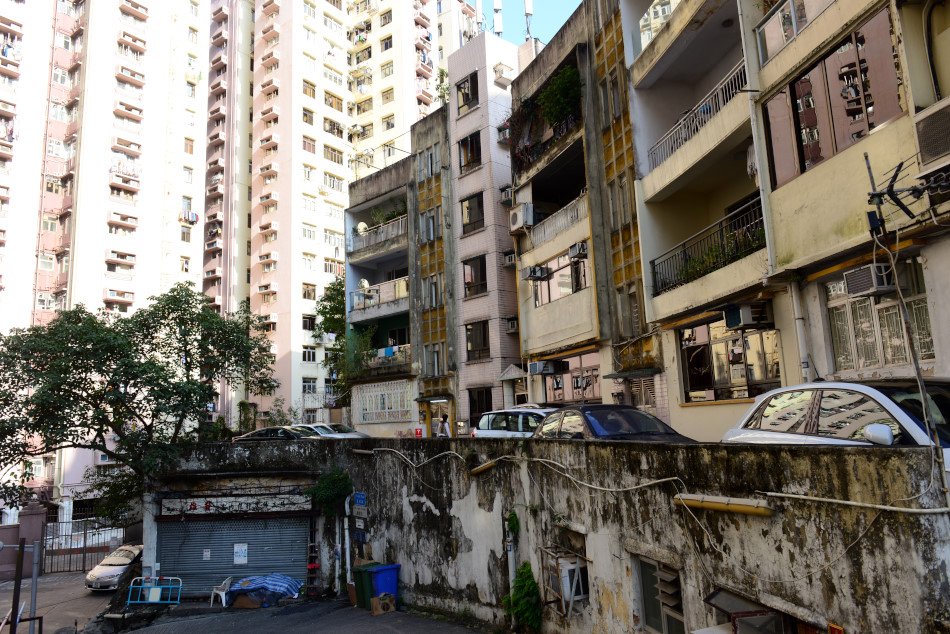 Throughout the years, the peaceful ambience of Kai Yuen Street has attracted a number of celebrities, including author Eileen Chang (張愛玲) and painter Zhang Daqian (張大千).

Down at King’s Road (英皇道) in the heart of North Point, the Sunbeam Theatre (新光戲院) has been around since 1972 as the primary venue for Cantonese opera.  It was established by the Shanghainese emigrants who came to Hong Kong after the Chinese Civil War in 1949. 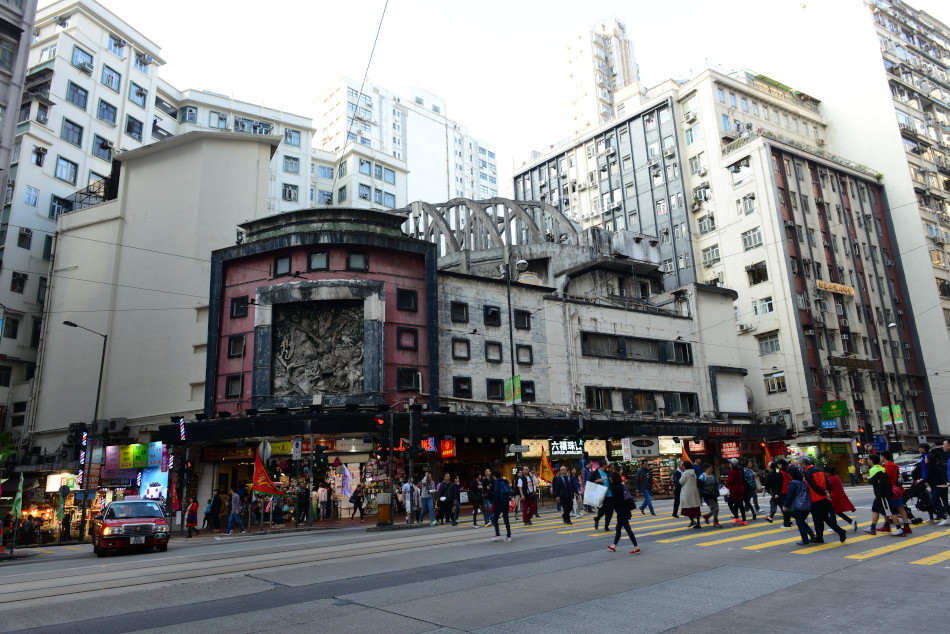 A few blocks away from Sunbeam stands another historical building, the State Theatre (皇都戲院).  Its original functions are long gone.  In recent months, the State Theater is caught between the controversy of demolition/ preservation.

Converted from a former Clubhouse of the Royal Yacht Club, the Oil Art Space (油街實現) is a community art centre. 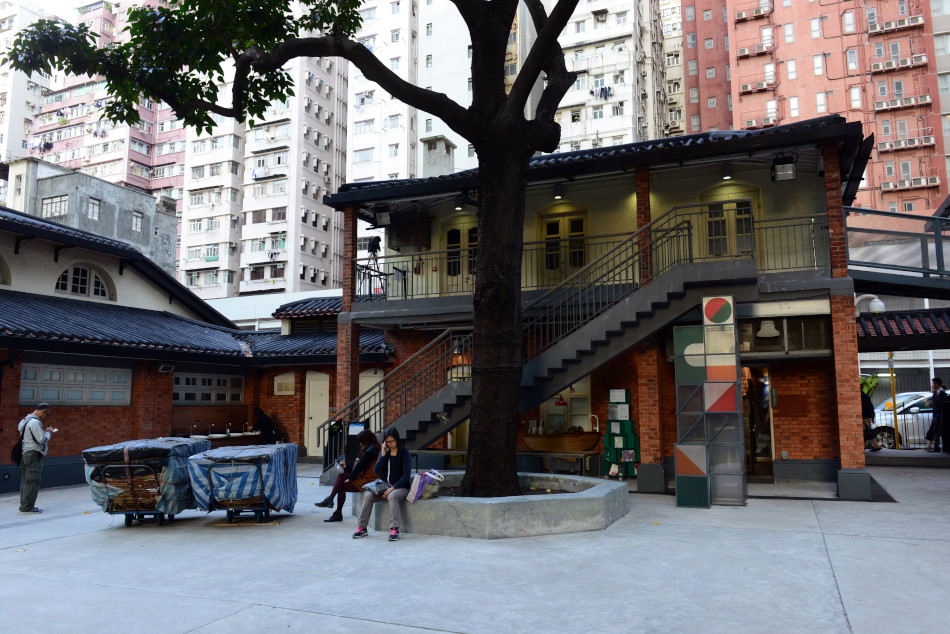 Built in 1908, the building served as the Clubhouse of Royal Yacht Club until 1938, when the building lost its waterfront location after numerous land reclamation.

There are a number of street markets remain in Hong Kong.  The one in North Point stretches along two narrow streets: stalls selling dry merchandises on Marble Road Market (馬寶道), and fresh produces, meat and seafood on Chun Yeung Street (春秧街). 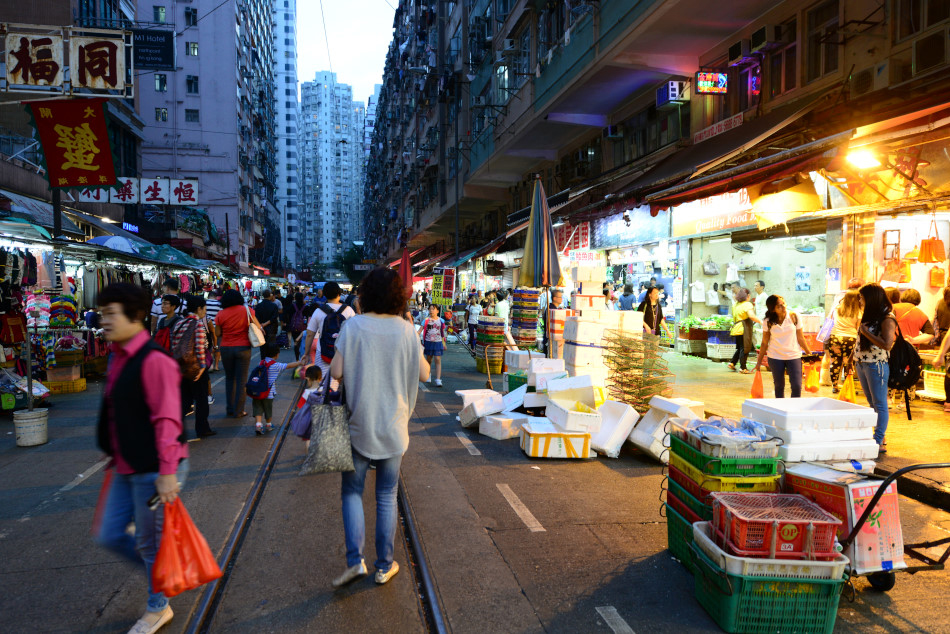 Chun Yeung Street Market (春秧街) is the most interesting street in North Point.  Also known as Little Shanghai and Little Fujian, the street market has a high concentration of immigrants from the Mainland since the mid 20th century.

In late afternoon and early evening, Chun Yeung Street is full of life. 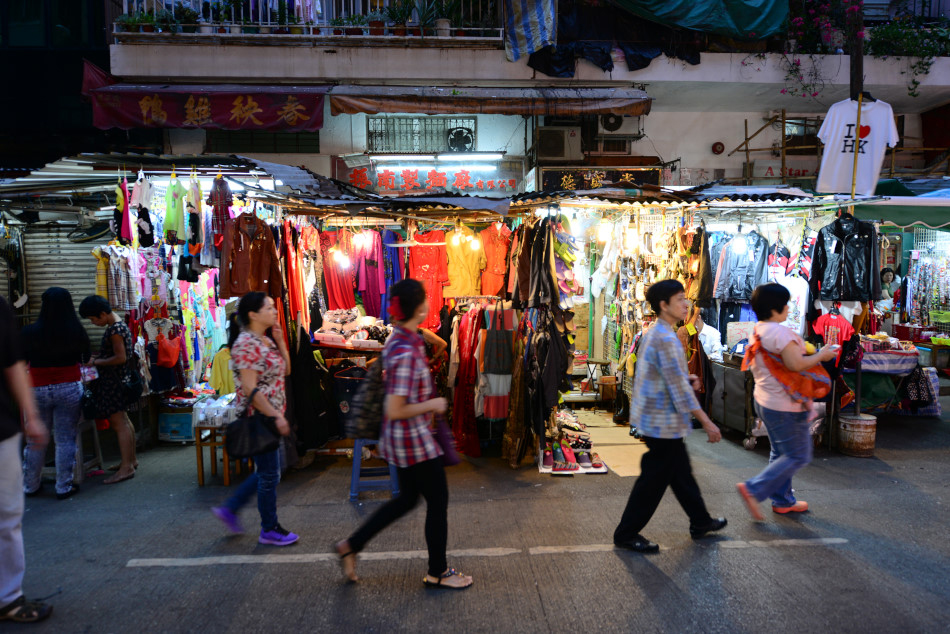 There is so much going on on Chun Yeung Street. While one side of the street is busy with grocery shoppers, the other side is packed with stalls selling clothing and toys. 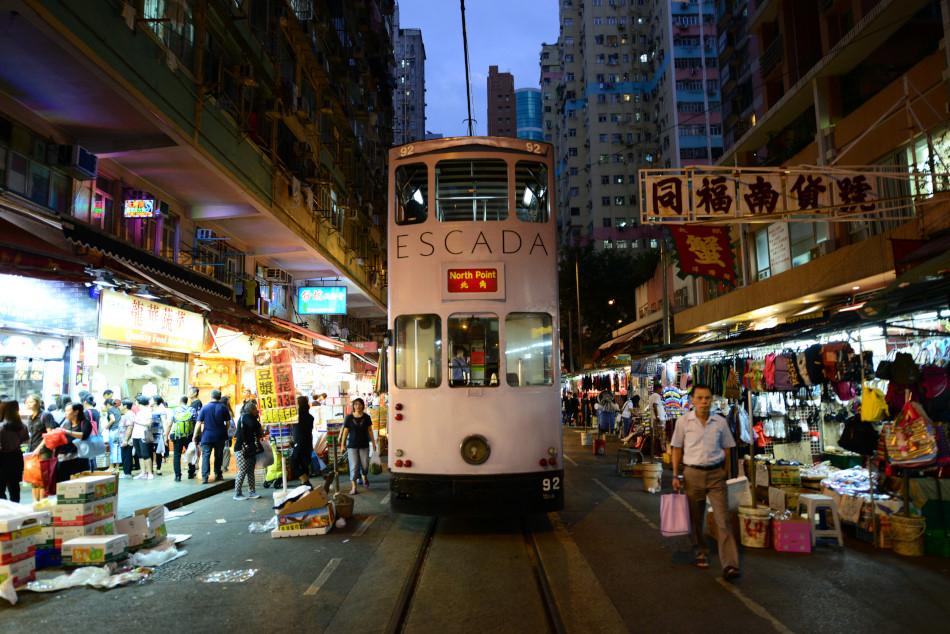 The tram terminus “North Point” is located at the end of the Chun Yeung Street Market.  Despite slower than other means of transportation, taking the tram remains one of the best ways to explore North Point.