It was raining with occasional thunderstorms all the way from the Hill of the Buddha to Otaru.  After a week on the road, we finally arrived at Otaru (小樽), the port city at Ishikari Bay roughly half an hour of train ride from Sapporo.  For many Japanese and East Asians, Otaru has become famous after the 1995 hit movie “Love Letter”.  Directed by Shunji Iwai (岩井 俊二) and starring Miho Nakayama (中山 美穂), “Love Letter” was filmed entirely in Hokkaido, particularly in Otaru.  After the film, The little port city Otaru has become a cultural destination.

We dropped off our bags at the hotel, returned the Toyota near the railway station, and found our way to Sankaku Market (三角市場) for a seafood lunch. 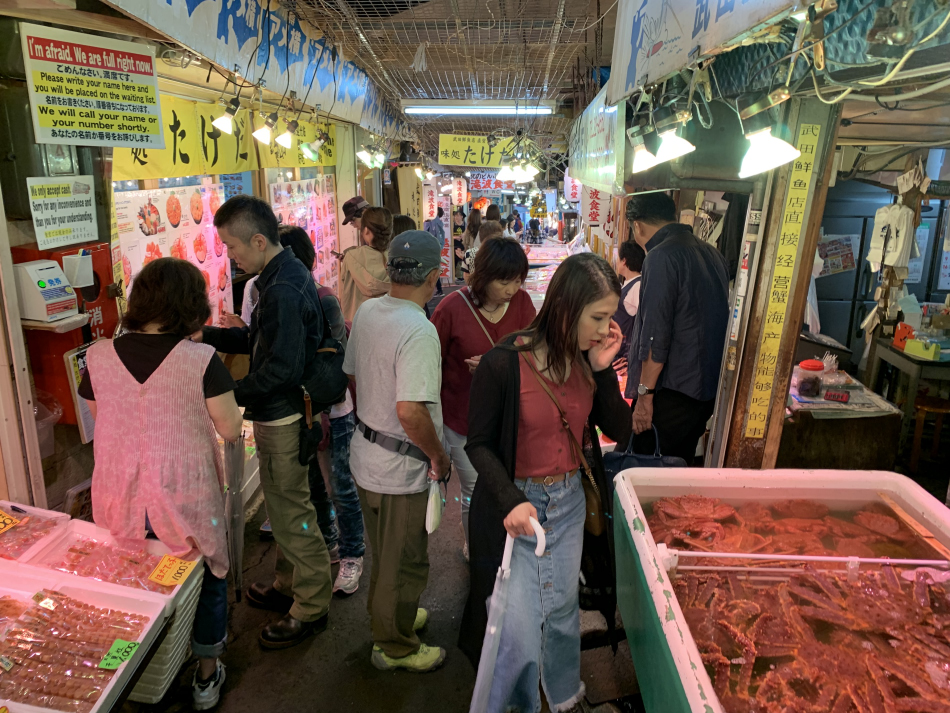 The market sells seafood from all over Hokkaido.

The market has only one narrow aisle and shops at both sides. 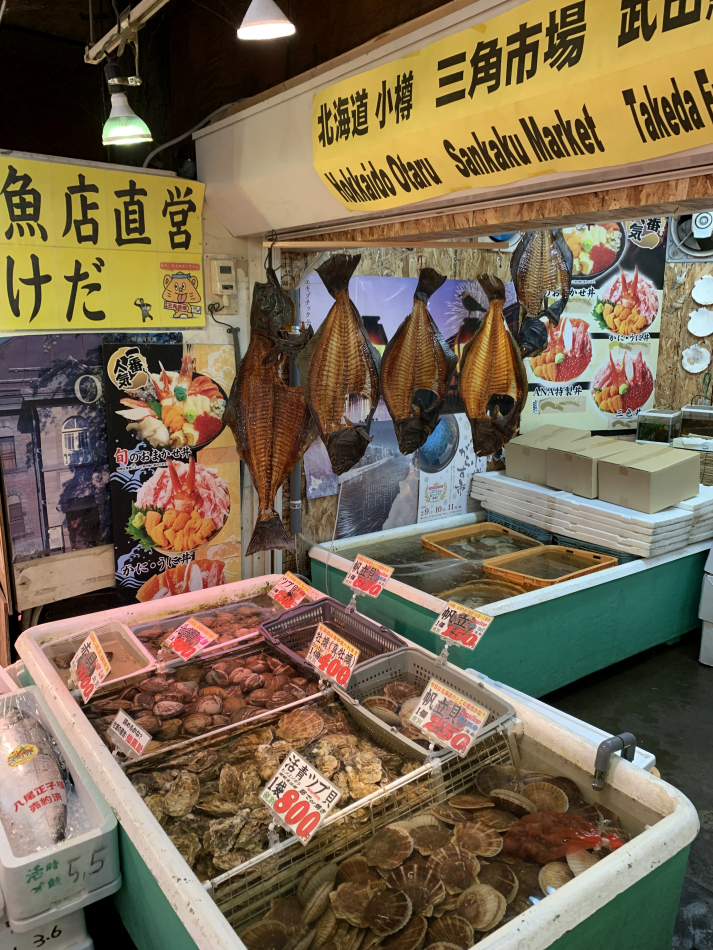 We chose the most popular eatery in the market, Takinami Restaurant, where there was a long queue of visitors at the door.

Despite the rain, we made a brief visit to the canal area of Otaru. 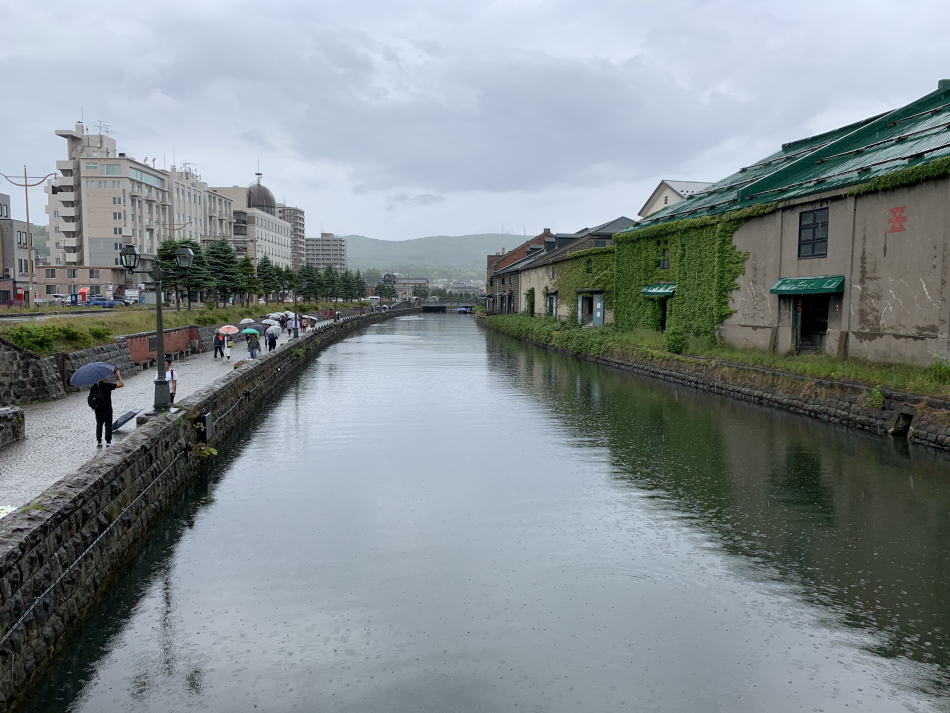 We didn’t stay long at the canal because of poor weather.

Instead, we dropped by the Otaru Art Base: four historical buildings were preserved and converted into art exhibition spaces. 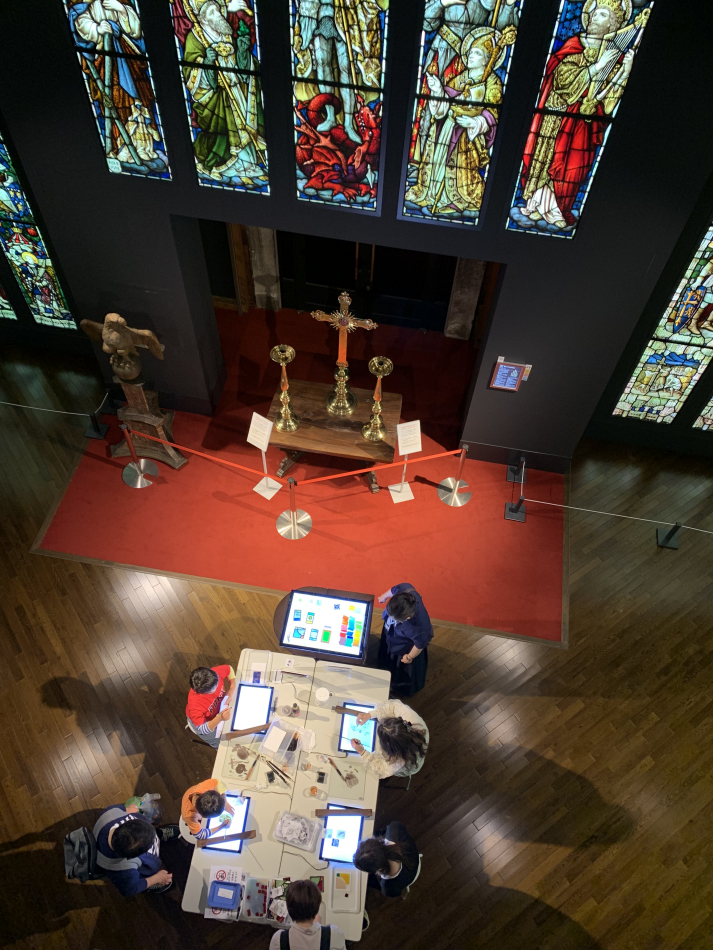 Built in 1923, Takahashi Warehouses was turned into the Stained Glass Museum.

Most of the stained glass windows on display were manufactured in England in the 19th and early 20th century.

These stained glass windows were preserved from churches that got torn down.

In the heydays, there were 25 banks supporting the economy of Hokkaido.  One of them was Mitsui Bank (三井住友銀行).  The Neo-Renaissance building symbolizes the prosperous years of Hokkaido.

The former lobby and reception counter are splendid. 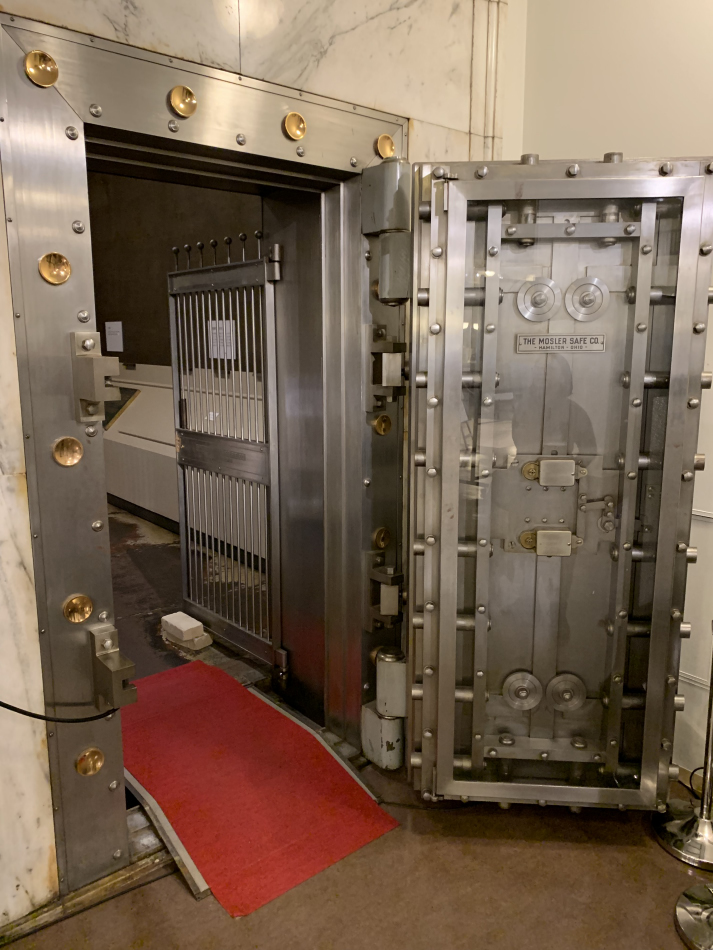 Other than the history of the former bank building, there was also an art exhibition in the building.

After checking out the Art Base, we returned to the hotel and finished the slide of Yubari (夕張) cantaloupe purchased from the market.