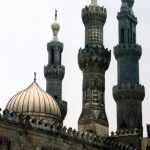 In 1996, British director Anthony Minghella adapted Michael Ondaatje’s The English Patient into a box office hit and critically acclaimed movie. In the film, the 1940’s Historic Cairo appears to be an untouched medieval Arab city. In reality, the scenes were filmed in Tunisia, as the real Cairo is a much more developed city. Nonetheless, the UNESCO World Heritage listed Historic Cairo, or commonly known as Islamic Cairo, is the “Cairo” that most travellers and audience of The English Patient desire to see: a vibrant neighbourhood full of winding alleyways, souks, fountains, medieval mansions, hammans, and most of all, mosques of different sizes and with them, a thousand minarets that make up the city’s skyline. Established in 969 AD, Cairo was the capital city of the Fatimid Caliphate until the 12th century. Then the city changed hands from one Islamic empire to another, including the Ottomans. Throughout centuries, Cairo was situated in the midst of caravan routes between Africa and the Middle East. From spices, Yemeni coffee to Indian textiles, Cairo has always been a trading hub in the Arab world.

Just like many old Arab cities, my first impression of Islamic Cairo was noisy, chaotic, disorganized, crowded, disorienting, and confusing. However, at certain moment when I stood under the shade of a minaret or took refuge at a tranquil teashop near the souk of Khan el-Khalili, I felt being miles away from the hectic activities and could easily imagine myself being in the Old Cairo of The English Patient. 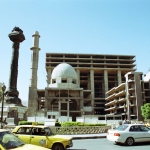 A number of foreign journalists have been allowed to return to some Syrian cities to report on the current conditions after a decade of civil war.  After witnessing the apocalyptic devastation, most journalists depict an upsetting “hell on Earth” picture made of miles of concrete ruins and overwhelming human suffering.  New York Times journalist Vivian Yee went a step further reporting on an uneven distribution of recovery resources as well as human suffering among different social groups and in different neighborhoods of a city.  As a stronghold of President Bashar al-Assad, Central Damascus is largely untouched by the war, the 310 million shopping mall recently built in the capital stands as a friendly reminder of which side is the true winner.  A little further away in the suburbs previously held by the rebels, such as Douma and Ghouta, ruined neighborhoods and the lack of young men and the middle class illustrates a completely different Damascus.  No running water, no electricity, no intact infrastructures, no hospitals or schools not lying in ruins, it is a tale of oblivion.  Journalists describe the overwhelming noise of portable generators fill the streets of these neighborhoods, revealing a glimpse of hope that local residents are returning and attempting to move on with their lives.  While government reconstruction in these areas are virtually non existence, rebuilding efforts are largely laid in hands of the returning residents who just refuse to give up their homes.  A peaceful Damascus that we have experienced in 2006 feels like a fairy tale from ages ago.

Back in Damascus from Borsa, we decided to visit the National Archaeological Museum.  It has a fabulous archaeological collections from sites across the nation, from the region’s earliest settlements up to the Islamic times.  I was particularly interested in the ancient alphabet of Ugarit, the ancient port city in northern Syrian that thrived between 6000 to 1200 BC.  With 30 letters, the Ugarit alphabet was widely used in the area at around 1500 BC.  Although not a dominate culture, Ugarit’s central location in the ancient world (Mesopotamia, Egypt, Anatolia, Crete, and Cyprus) almost ensured a certain level of interaction with the adjacent writing systems at a particular moment in history.  At the museum shop, I bought a necklace carved with Ugarit alphabet.  After the museum visit, a travel buddy and I decided to take a causal walk.  We ended up reaching Mezzeh, a wealthy district dotted with affluent mansions and foreign consulates.  Occasional French mansions flanked peaceful residential streets.  Floral shrubs, shading trees, trellis of climbers stood out from the private gardens.  The scorching Syria Desert felt like a distant world.  Through large windows, piano music could be heard clearly in the street.  For a moment we thought we were in a French suburb.

Back at Al Rabie Hotel, we bumped into a German photography student and an Australian Chinese traveler.  Similar to us, the German student visited Turkey before entering Syria.  He came in search for monotonous urban scenes to fulfill his black and white photographic quest.  He planned to travel in the Middle East until mid August.  The Australian Chinese traveler has been to many places in Asia, Iran, India, and Pakistan are among his favorites.  At 01:00am, three of our travel buddies took a taxi for the airport.  Their Middle Eastern journey had come to an end.  The remaining three of us would continue the second half of the journey to Jordan and Egypt. 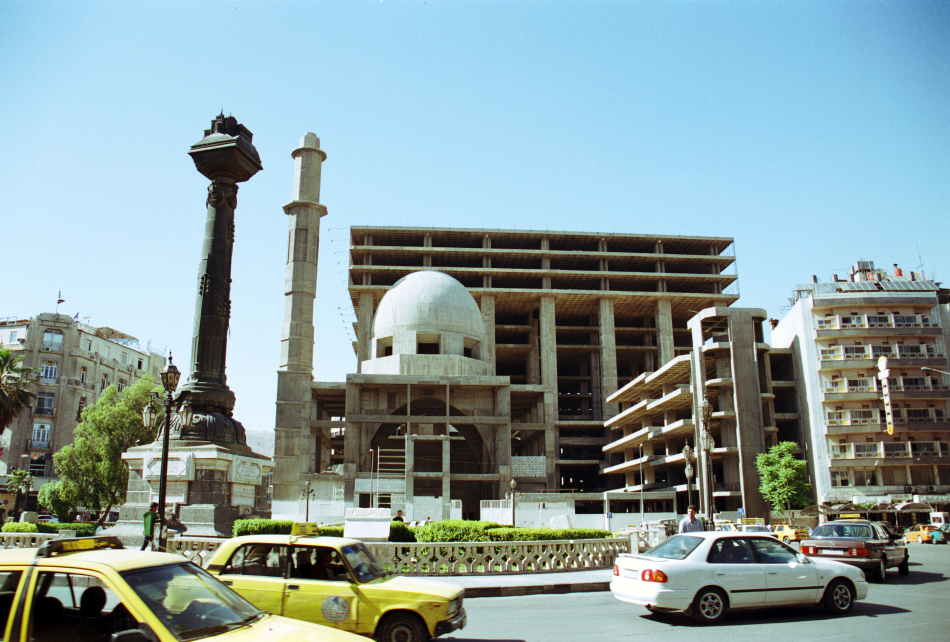 At Marjeh Square, Yalbugha Mosque and the concrete structure (some said Business Centre or Ministry of Religion) behind are famous for remaining unfinished for 25 years.  Recent news claims that the mosque has finally been completed. 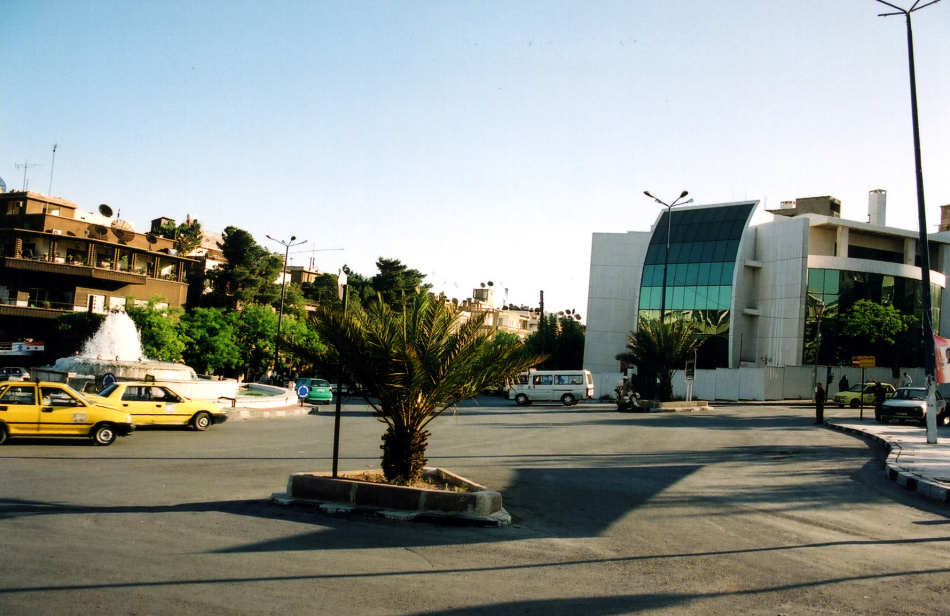 After visiting the museum, we had a pleasant walk in central Damascus. 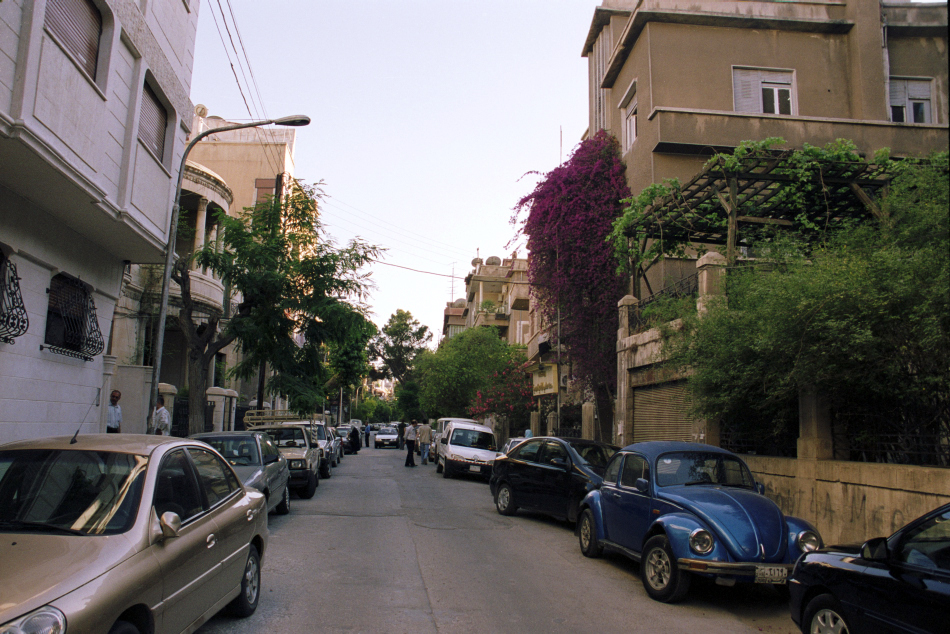 In Mezzeh, we had a relaxing stroll in a residential neighborhood under the soft piano music from the French mansions. 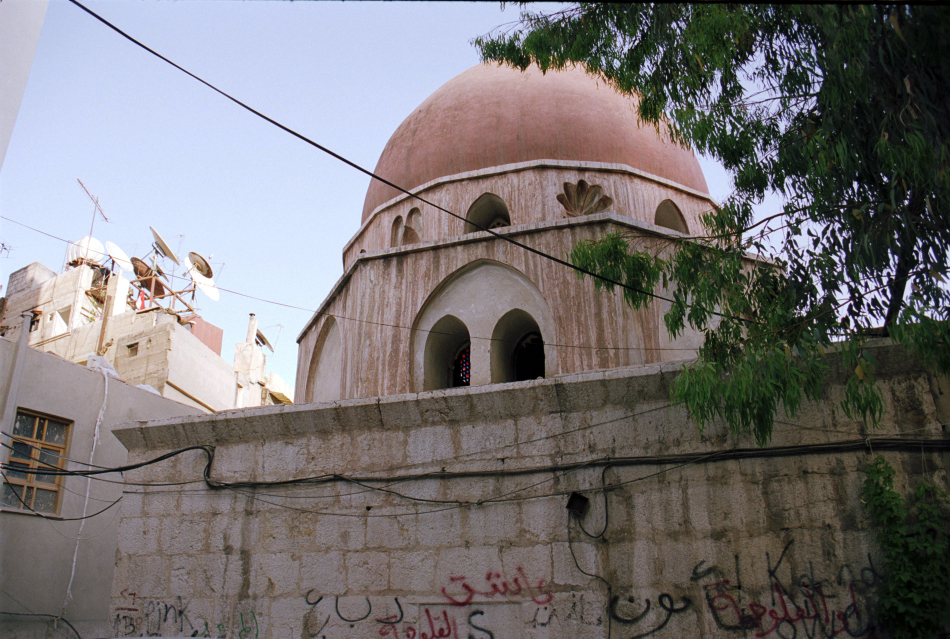 On our way back to the hotel, we once again entered the old city of Damascus. 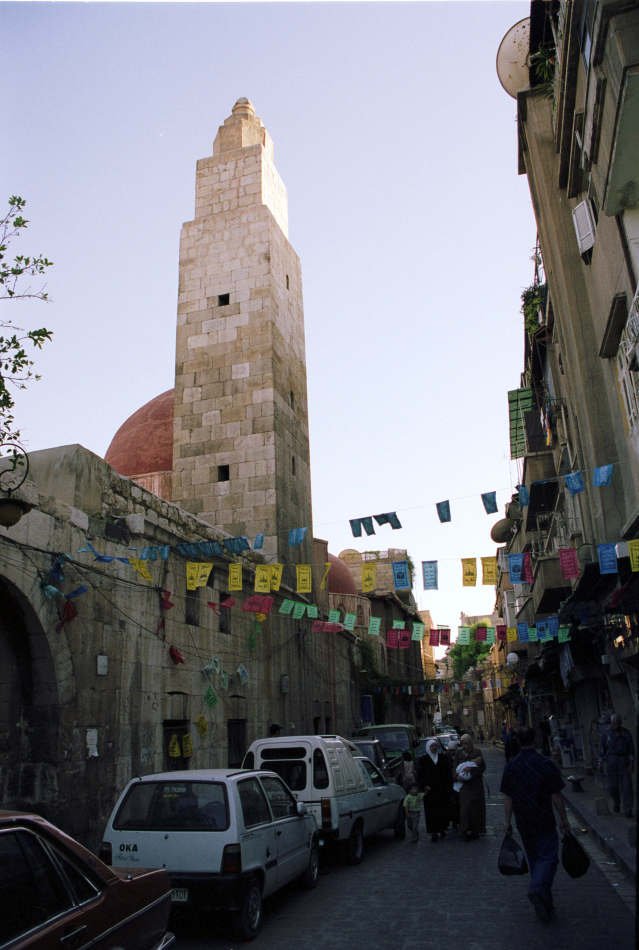 There were many mosques around the area Al Rabie Hotel. 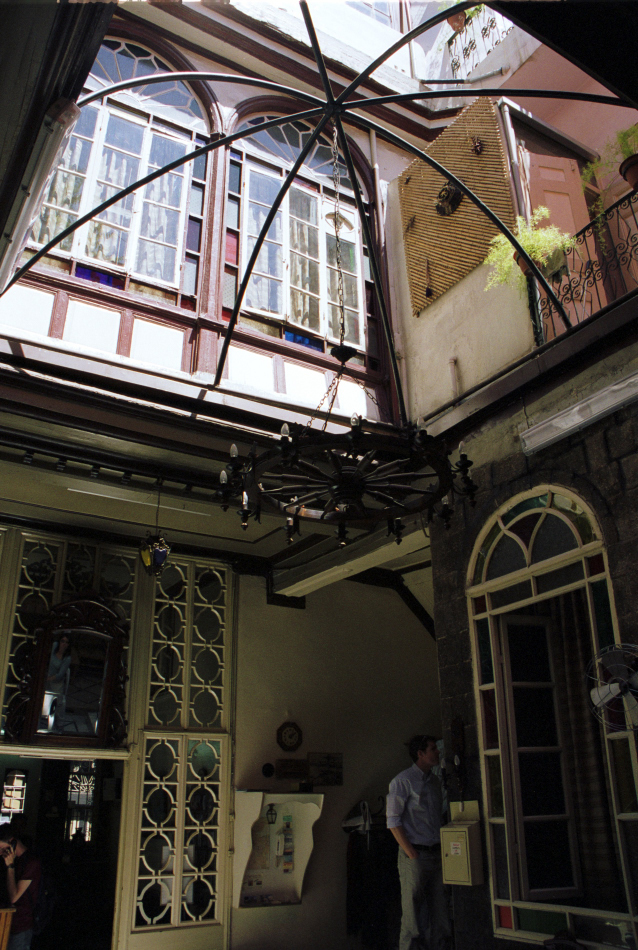 Before the civil war, Al Rabie Hotel was a popular budget hotel just a few blocks away from the Umayyad Mosque. 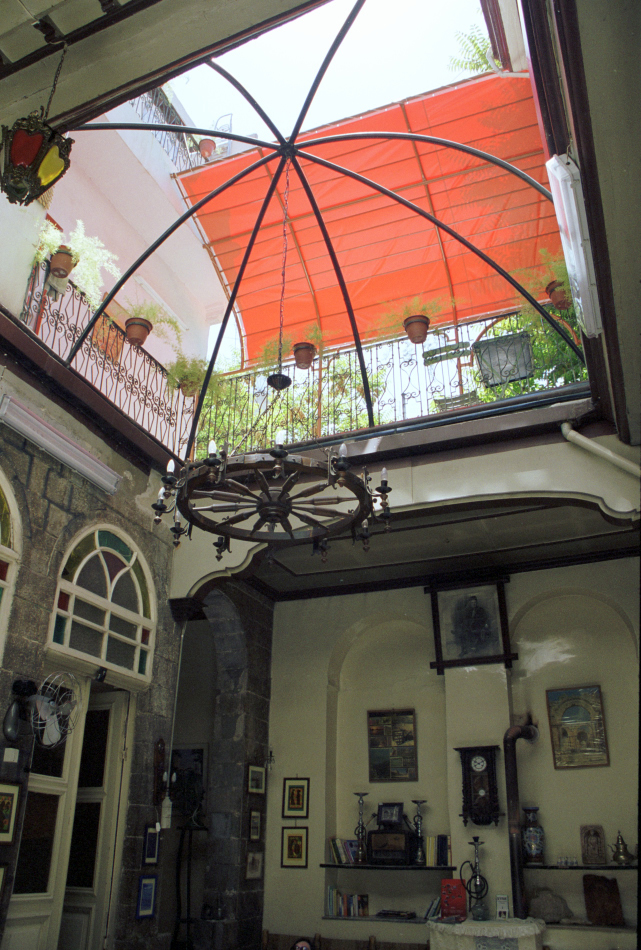 Ten years ago just before the war, Al Rabie Hotel has undergone a major renovation to keep up with the increasing number of tourists.  Back then, no one has foreseen the coming of the war.