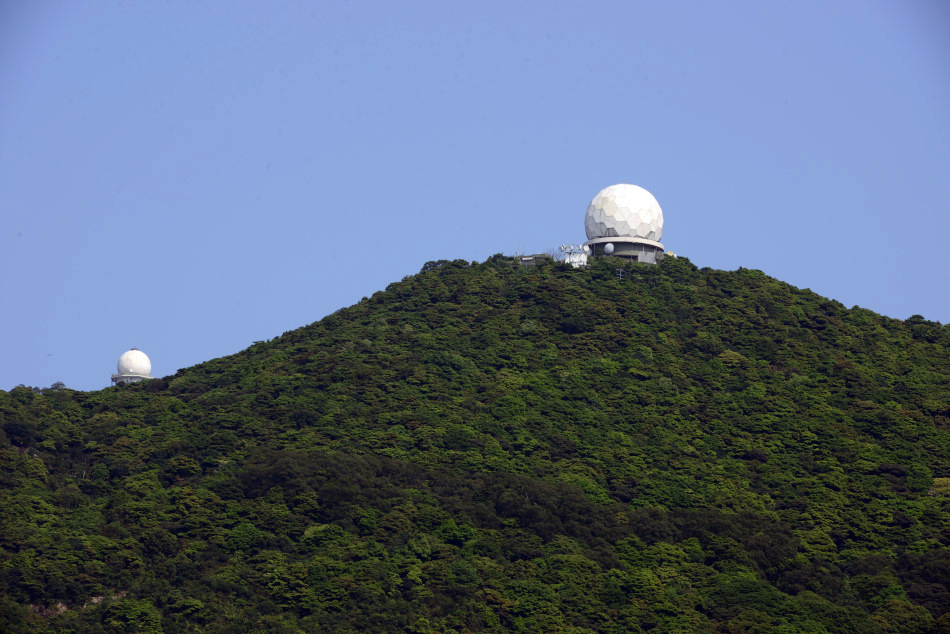 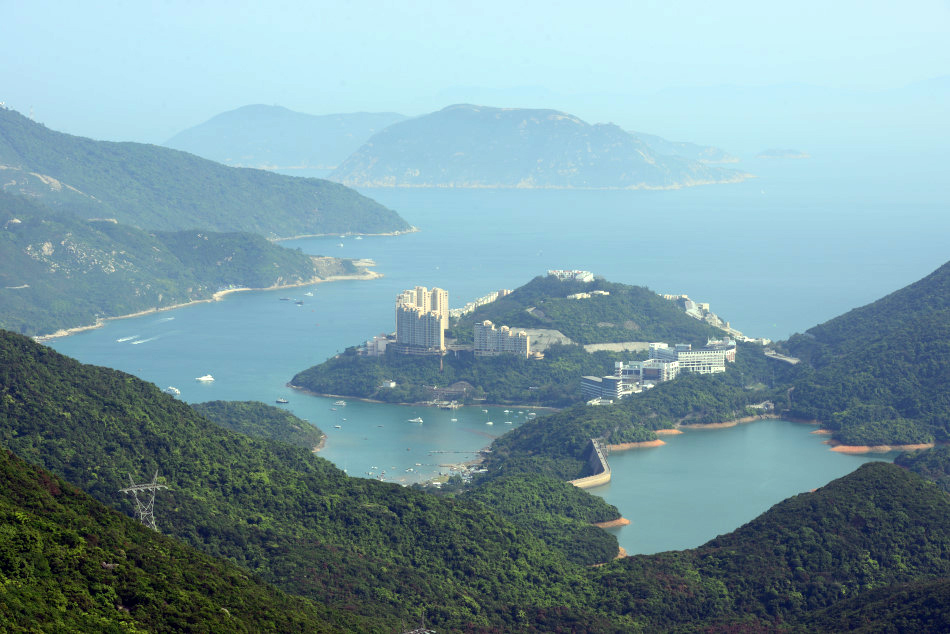 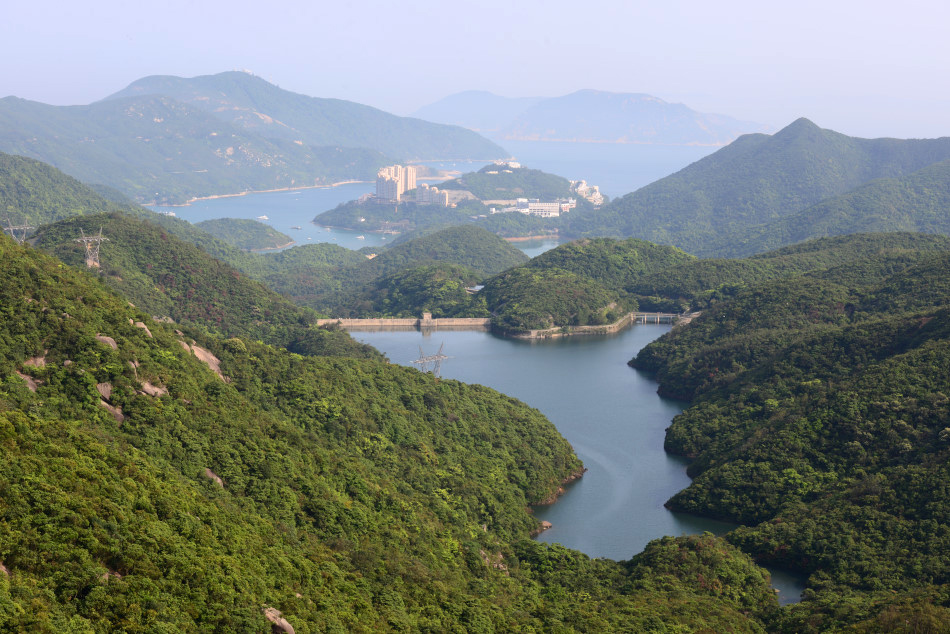 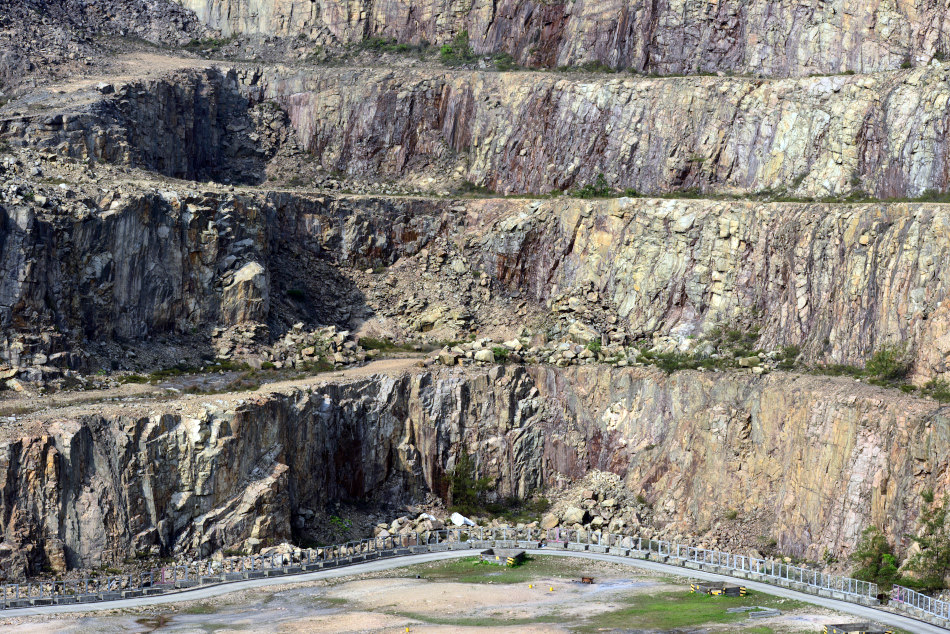 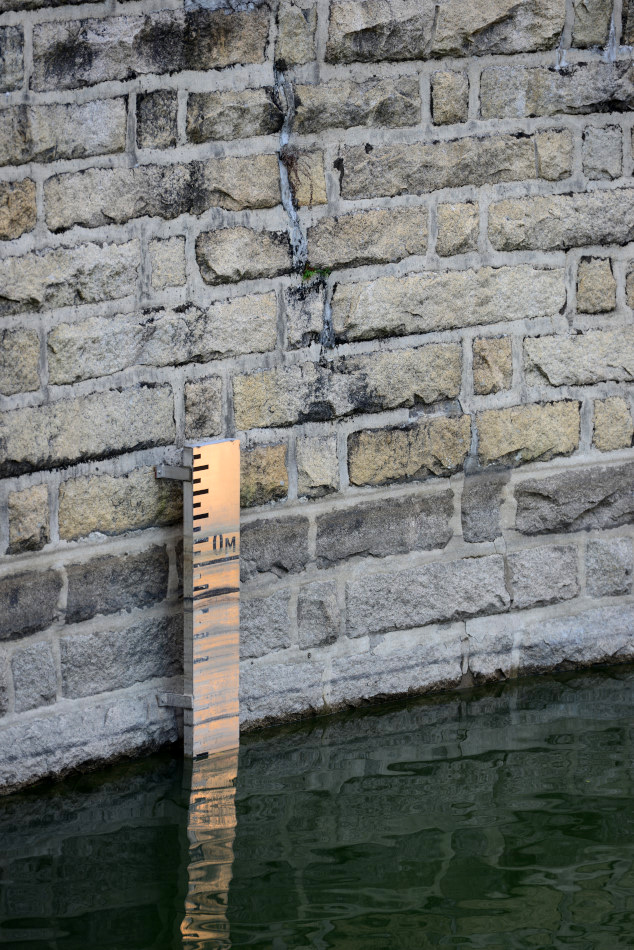 Known as the eastern gateway of Hong Kong’s Victoria Harbour (維多利亞港), the sea channel of Lei Yue Mun (鯉魚門) is the narrowest point of the harbour between Kowloon and Hong Kong Island.  During the British colonial era, defending the channel of Lei Yue Mun was seen vital for the protection of Hong Kong Island.  Military defense had been set up on the hills at both sides of Lei Yue Mun, many of which can still be seen today as historical sites.  The area in East Kowloon around the Lei Yue Mun Channel is also called Lei Yue Mun.  One of the most important villages at Lei Yue Mun is Sam Ka Village (三家村) .  Since the opening of Yau Tong (油塘) MTR Station in 2002, visiting the once remote Lei Yue Mun has became just a half an hour metro ride from Central Hong Kong.  While in the old days Lei Yue Mun was well known for its typhoon shelter and villagers were mainly engaged in the industries of fishery, farming and mining, today when people thinks about Lei Yue Mun the first thing comes to mind is definitely the seafood.  With its picturesque seaside village setting, fantastic lookouts for the sunset, and romantic ruins of the former quarry buildings, Lei Yue Mun has much more to offer than steamed prawns and broiled lobsters.

In the afternoon, seafood restaurant staff were busy preparing for their evening business.

The Main Street at Sam Ka Village of Lei Yue Mun has dozens of seafood restaurants.  Most restaurants install large glass tanks at their shopfront to display their catches of the day.

Beyond the cluster of seafood restaurant, Sam Ka Village is a tranquil village by the sea.

The Lei Yue Mun Lighthouse has been standing at the waterfront for over half a century to guide the sea traffic at the eastern gateway if the Victoria Harbour between Sau Kee Wan (筲箕灣) on Hong Kong Island and Sam Ka Village in Kowloon.

Living by the Victoria Harbour has became a luxury feature for Hong Kong’s real estate.  At Lei Yue Mun, living by the sea literally means having a house exposed to the wind and waves at a few feet above the sea.

Fishing is one of the most popular hobbies for local villagers.

Like many other villages by the sea in Hong Kong there is a Tin Hau Temple in Sam Ka Village.

Behind the Tin Hau Temple, there is a popular fortune teller.

Founded for nearly 150 years, Lei Yue Mun was a village known for agriculture, fishery and mining until the 1960’s.  After gradual decline of the three industries, today’s Lei Yue Mun is best known for its seafood restaurants.

The stone quarry site at the southern tip of Lei Yue Mun has been abandoned since the 1960’s. 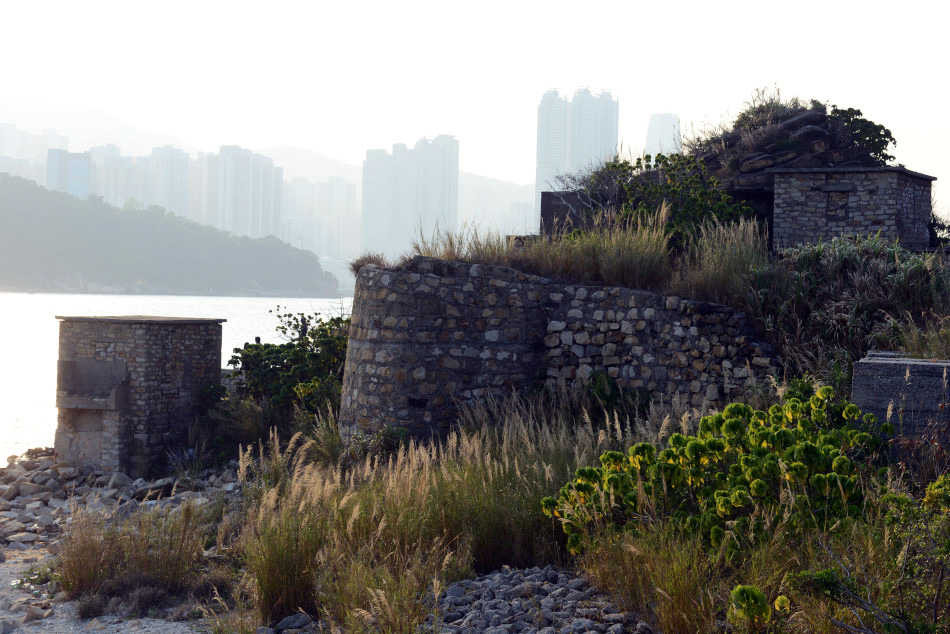 Mining has been around in Lei Yue Mun since the 19th century.  In the British era, Hong Kong is well known for its fine grained granite stones.  The ruins at Lei Yue Mun are the remnants of Wong Yin Quarry (旺賢石廠), which was abandoned in 1968 after explosives were banned for mining.

Ruins of the old jetty, sea walls, stone houses and concrete foundations of the former quarry have became a romantic ruin for all to enjoy.

Young people love to come here to take photos, or just chilled out by the sea. 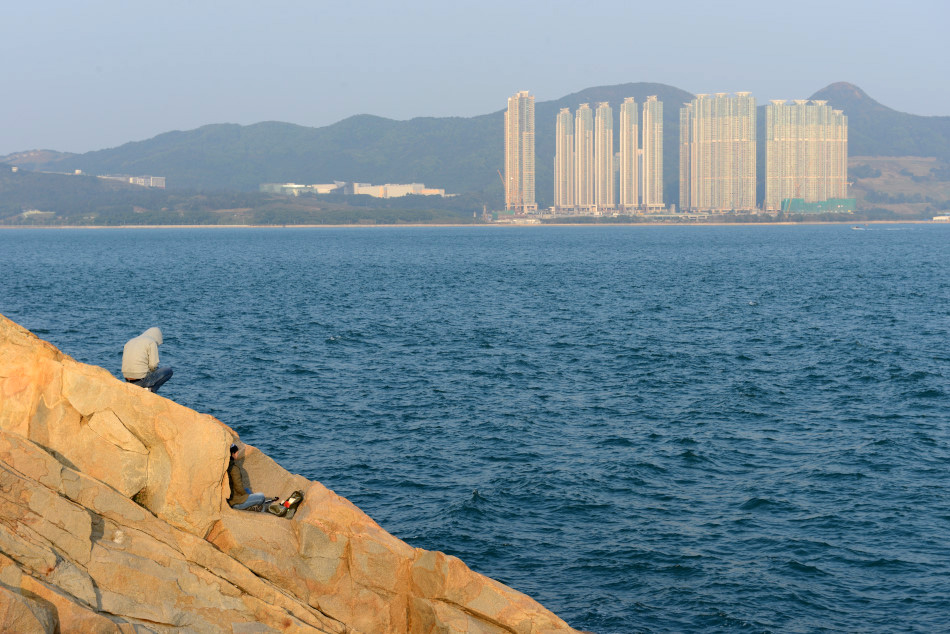 Some visitors like to climb onto the alcoves on the seaside stone cliffs to have some sober moments by the sea.  Beyond Lei Yue Mun and across the Junk Bay or Tseung Kwan O (將軍澳) stand the new residential developments at Lohas Park (日出康城). 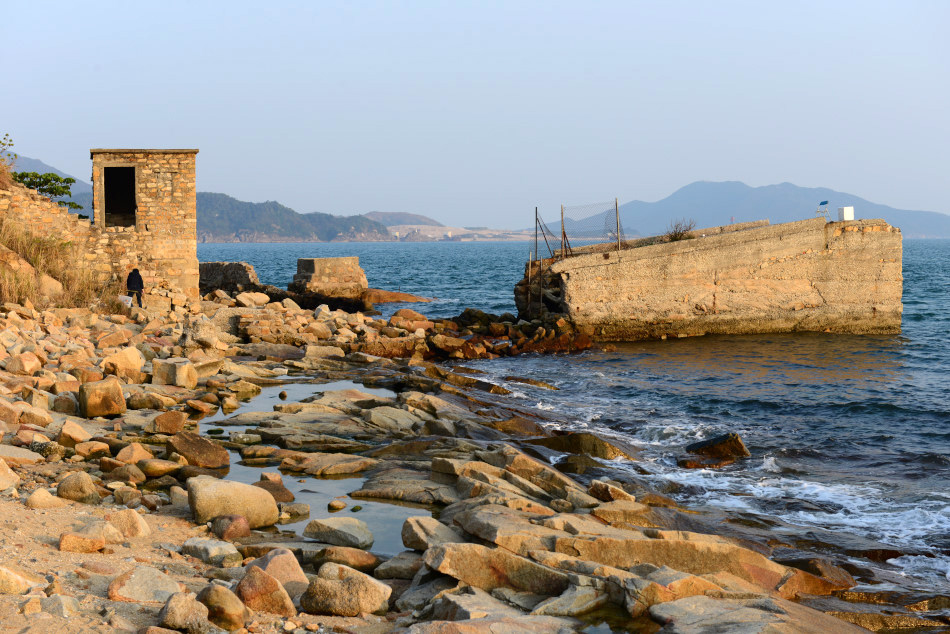 While most were enjoying the sunset or taking selfies at the ruins, a young lady came to one of the stone beaches to collect garbage.

In the late afternoon, even the dogs look truly relaxed at Lei Yue Mun.

While Hong Kong has been known for its materialistic way of living, villagers in Lei Yue Mun seem to maintain a relatively simple lifestyle. 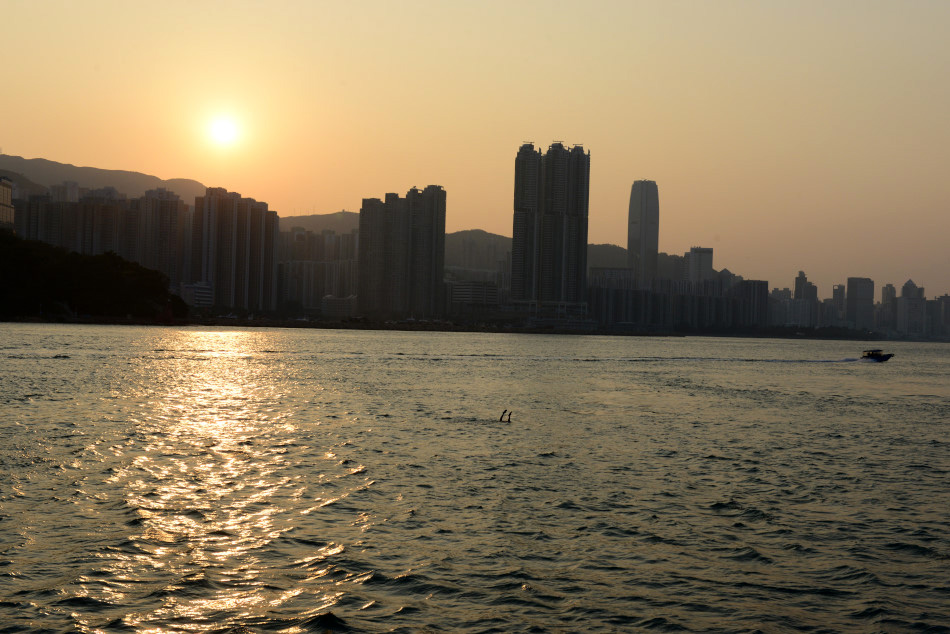 Under the western sun, a swimmer enjoys himself swimming in the Victoria Harbour.  Given the amount of boat traffic in the harbour, swimming in Lei Yue Mun is in fact a dangerous act. 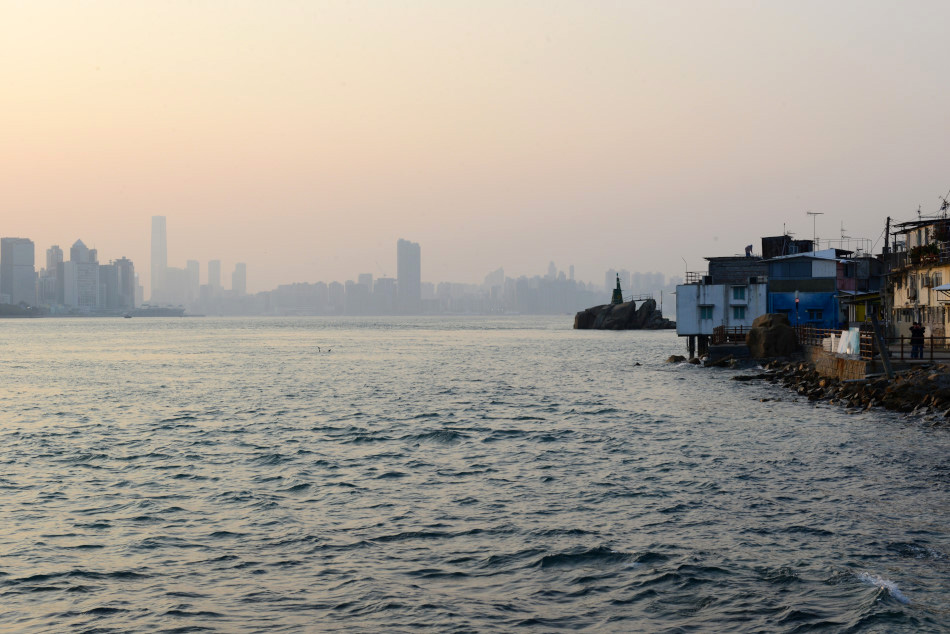 Watching the sunset is so popular in Lei Yue Mun, especially for photography enthusiasts.  Most would gather near the lighthouse to witness the sun moving behind the skyline of Sai Wan Ho (西灣河).

As the day’s last twilight fades, a distinct ambiance emerges as the neon signs of the seafood restaurants are being lit up. 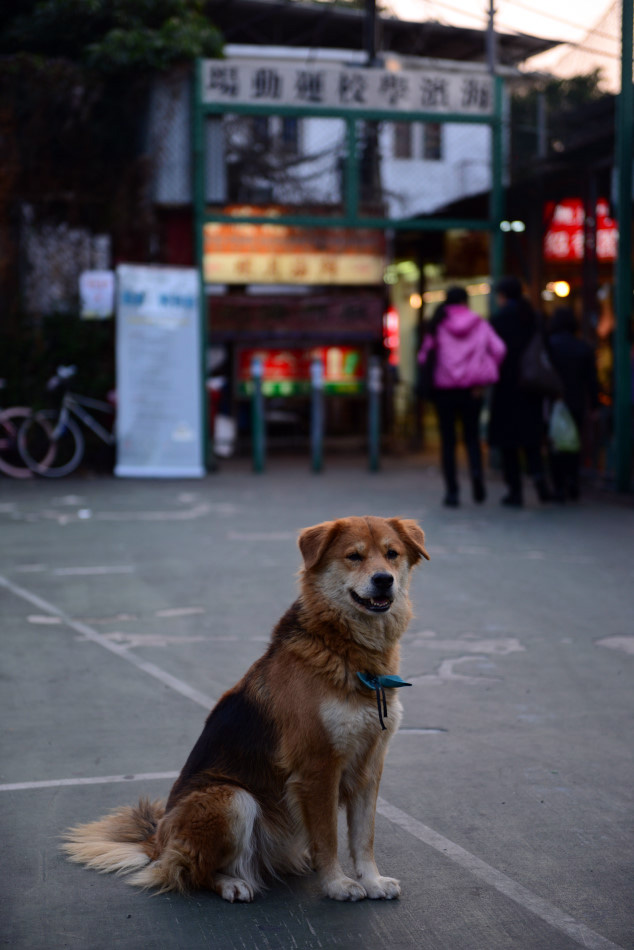 In the relaxing atmosphere of Lei Yue Mun, even a dog would wear a bow tie to pose for visitors.

The once vibrant typhoon shelter of Sam Ka Village has became a leisure place for busy Hong Kongers to escape from their daily hassles.

Half an hour after sunset, the neon signs of the restaurants have taken over the night at Lei Yue Mun.  Leaving Lei Yue Mun by boat at Sam Ka Village Pier is the best way to bid farewell.