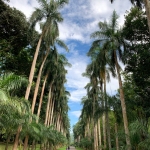 The Royal Botanical Gardens at Peradeniya is probably the second most popular attraction in or around Kandy after the Temple of the Tooth Relic.  Lying at 5.5 km west of Kandy, the 147 acres garden was established in 1821 by Alexander Moon to house coffee and cinnamon plants.  In 1843, plants from other gardens including the London’s Kew Garden were transplanted to Peradeniya to establish the Royal Botanical Gardens.

The Royal Botanical Gardens at Peradeniya is one of the about 230 tropical botanical gardens in South or Southeast Asia.  Before 19th century, botanical gardens in Europe were mainly designated for scientific studies and classification.  During the 19th century as colonialism extended to the east, botanical gardens were established by the Europeans in Asia as a research facility to study not only the science of plants, but also the techniques and economy of agriculture.  The Royal Botanical Gardens at Peradeniya had contributed to the agricultural development of Ceylon, the former British colony in Sri Lanka.  Today, it is a lovely park that opens for all who pay the admission. 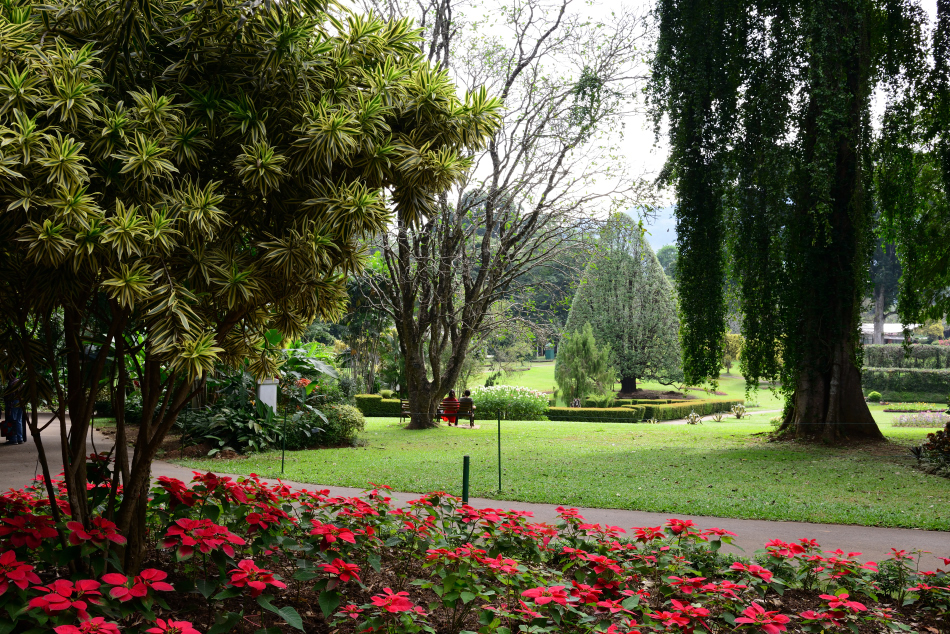 The Royal Botanical Garden at Peradeniya is a pleasant park frequented by visitors of all ages, even for those who have little knowledge in botany and horticulture. 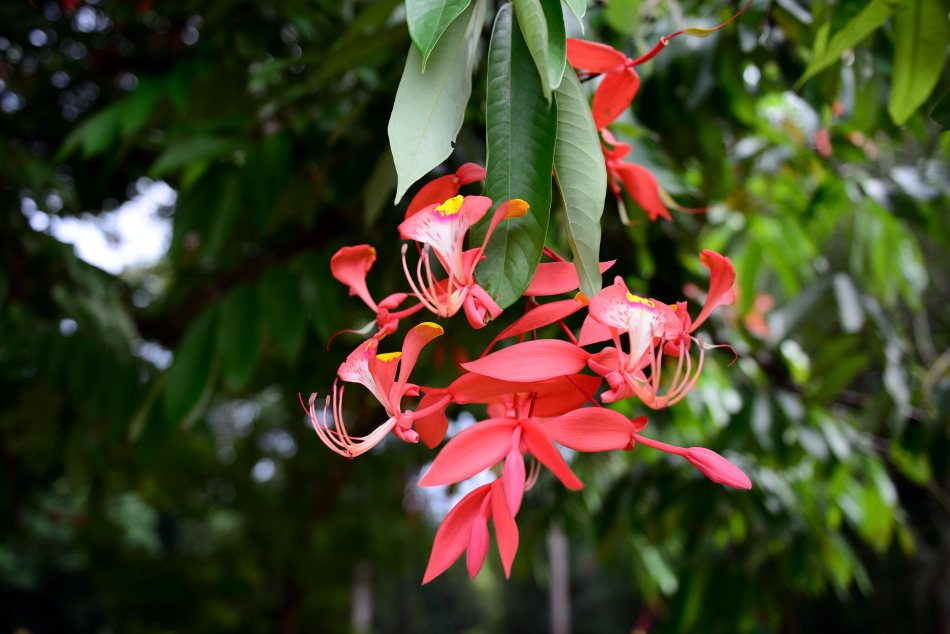 One of the first plants that caught our attention was Amherstia nobilis, or Pride of Burma, near the Great Circle.

The Great Circle was the first large lawn area we reached in the garden.  Surrounding the circle were groves of different tropical trees.

We could hear strange noises coming from one of the groves.  As soon as we walked closer, we discovered a large group of Indian flying foxes on the tree canopies.

The trees in the garden provides perfect resting spots for the bats during the day.

Apparently the bats were resting, but they often moved around and communicated with one another. 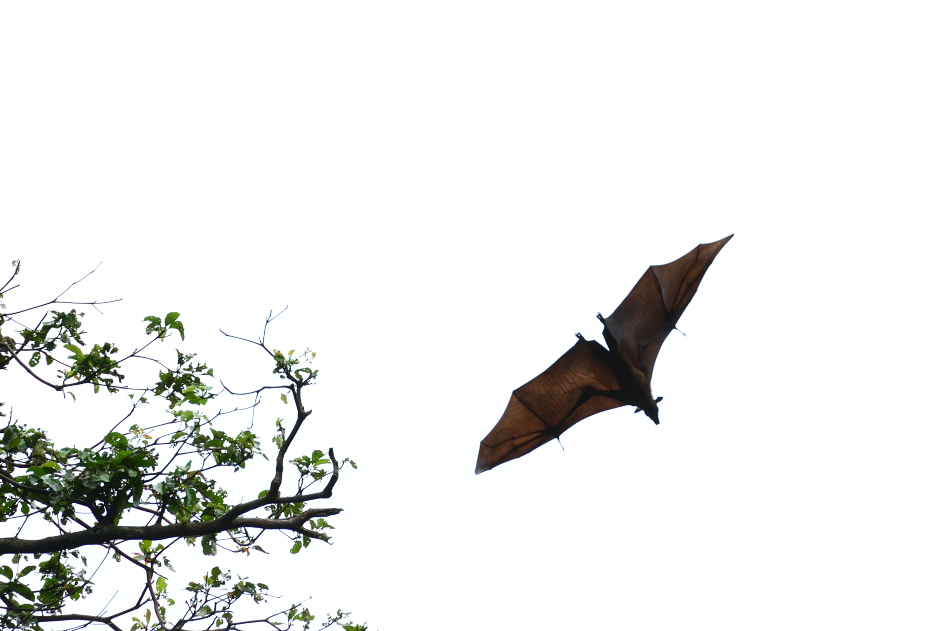 When a few of them took off in the air, we could appreciate the large wing span of the flying foxes.

With a wing span ranging from 1.2 – 1.5m, the Indian Flying Foxes are one of the world’s largest bat. 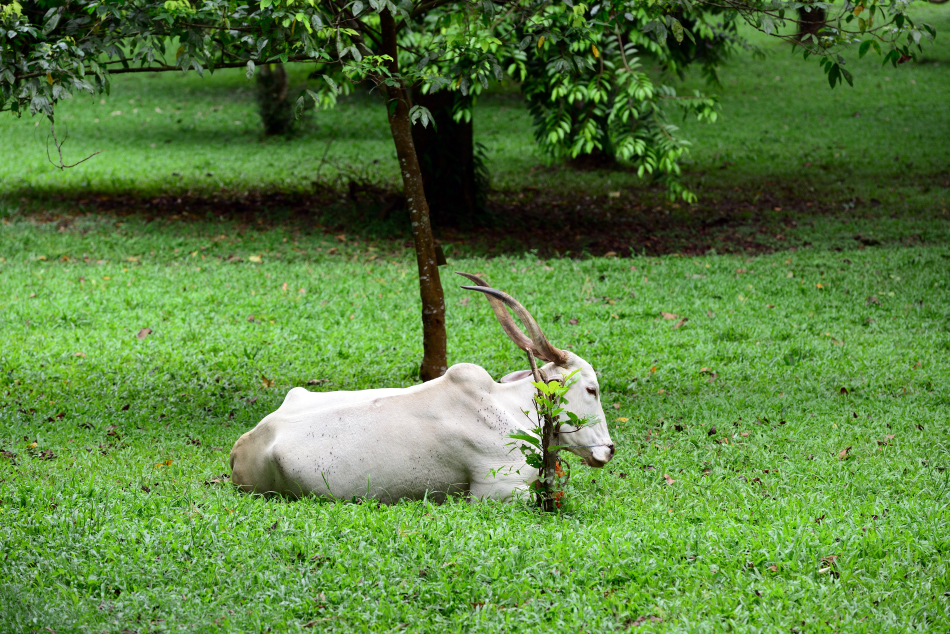 While the bats were busy pushing one another for a better spot, two cows had the entire grass field to themselves.

It was a unique experience to see so many trees were occupied by the resting flying foxes.

The three Royal Palm Avenue are probably the most recognizable scenes of the garden. 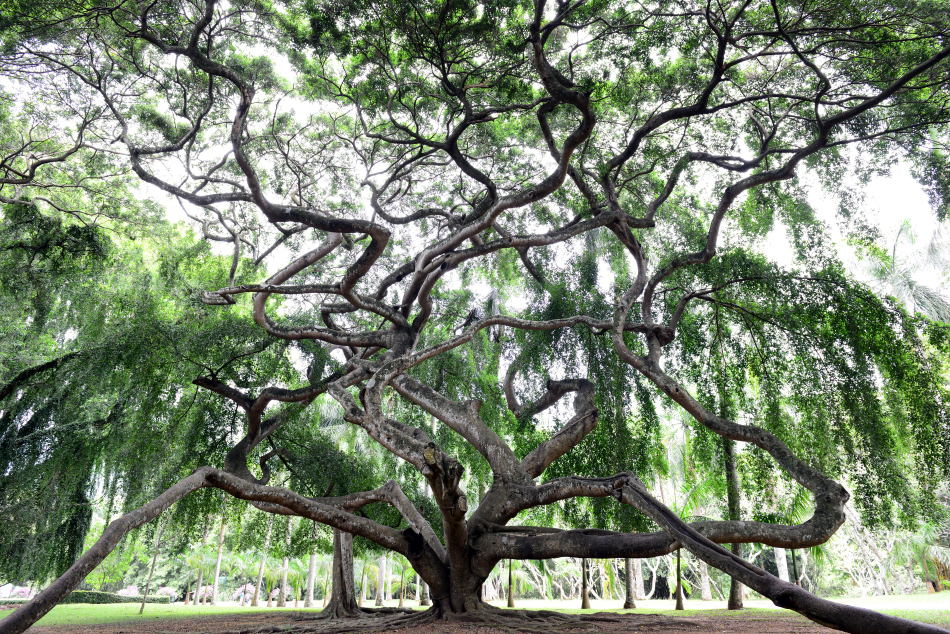 Stretching their branches like myriad of open arms, the Giant Java Fig Trees are the favourite photo spots for many.

The Giant Java Fig Trees occupy a large area of space among themselves.

Near the Giant Java Fig is another amazing giant.

Built in 1931 by the British, Peradeniya Sangili Palama is a suspension bridge that lies across the  Mahaweli River.

Back to the Great Lawn, we stopped by another famous Giant Java Fig Tree.

Some called this the largest pruned tree in the world.

An interesting study on grass species from around the world. 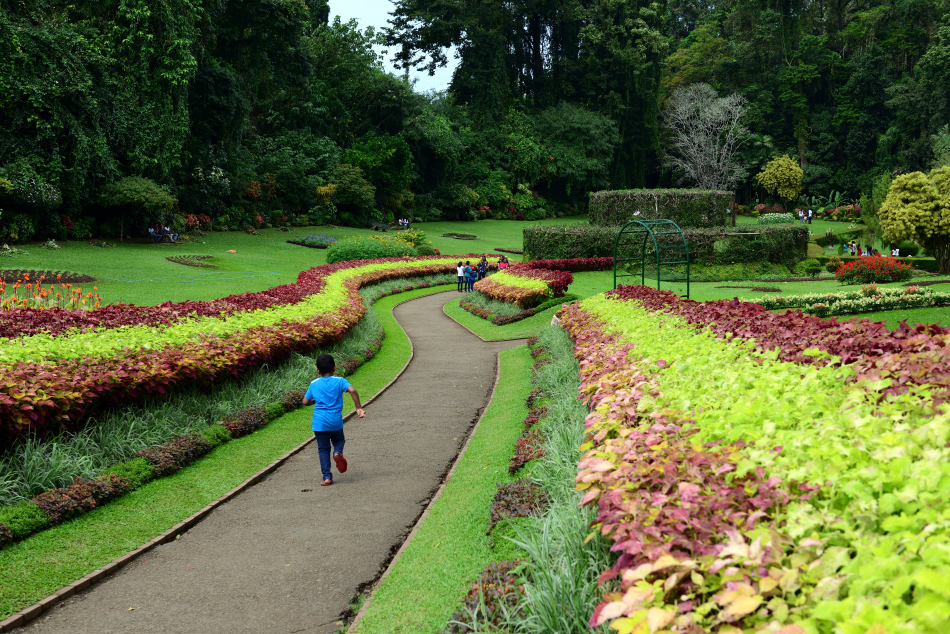 It wasn’t really crowded so we had a good 2.5 hours of relaxing time at Royal Botanical Gardens at Peradeniya.