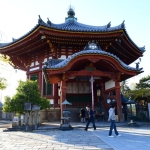 Visiting Nara and Kyoto in Japan, where historical temples and old timber houses mushroomed across the landscape and lined along the alleyways of the ancient capitals, is a close encounter with what we consider as the heritage of Japan.   A brief visit to Kofukuji on our way out of Nara Park provided a proper closure to a fruitful day of cultural heritage when we had already seen Horyuji, Todaiji and Kasuga Taisha.  A prominent representation of the Nara Period (AD 710-794), the Buddhist temple had seen better days in history, primarily during Nara Period and Heian Period (AD 794 – 1185), when Kofukuji and Kasuga Taisha controlled much of the politics and religion of the kingdom.  Since, Kofukuji had gone through a gradual decline.  The anti-Buddhist policies of the Meiji Era (1868-1912) gave the temple its final blow, when Kofukuji was forced to be separated from Kasuga Taisha, such that Shintoism could be separated from Buddhism.

Kofukuji is the headquarters of the Hosso sect of Buddhism in Japan.  Hosso, known as Yogachara in Indian Buddhism, is the school of Buddhism focused on meditative and yogic practice and believed that human experience is primarily constructed by the power of the mind.  This school of philosophy was founded by the famous Chinese monk and traveler Xuanzang (玄奘), who visited India in the 7th century for Buddhist teachings and scriptures.  Some of Xuanzang’s pupils were later responsible to bring the teachings of Buddhism to Korea and Japan.  As the headquarters of Hosso, Kofukuji was once a large temple complex comprised of 175 buildings.  Today, only a few of the original architecture remained.  While we were there, the Central Golden Hall was under renovation and covered with scaffolding.  We could still, however, admired the ancient architecture of Kofukuji Temple, including the Octagonal Halls, Eastern Golden Hall and the iconic Five-storey Pagoda. 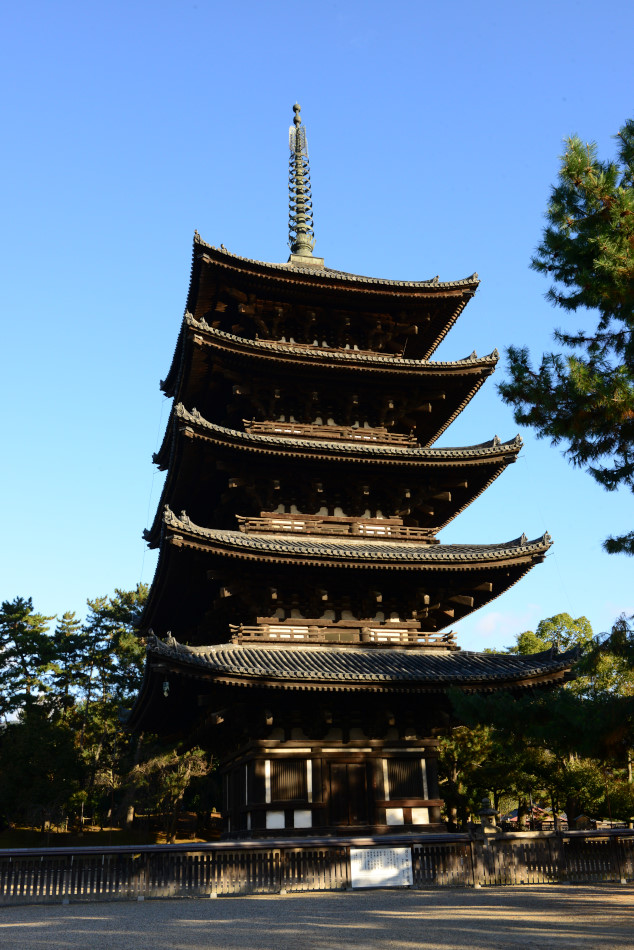 We passed by the iconic Five-storey Pagoda (五重塔) on our way out of the Nara Park.

At 50m, Kofukuji’s Five-storey Pagoda (五重塔) is Japan’s second tallest, and an iconic symbol of the city of Nara.

Overview of the Eastern Golden Hall and Five-storey Pagoda.

Founded in AD 813 and reconstructed in 1789, the Nanendo (南円堂, Southern Octagonal Hall) is another beautiful piece of architecture. 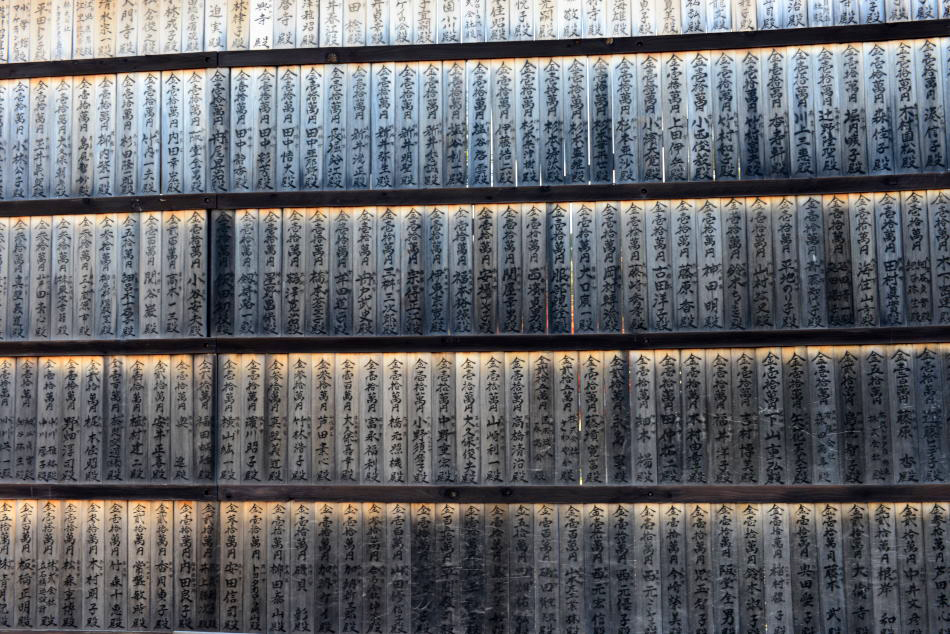 List of donor’s names near the Nanendo (South Octagonal Hall) 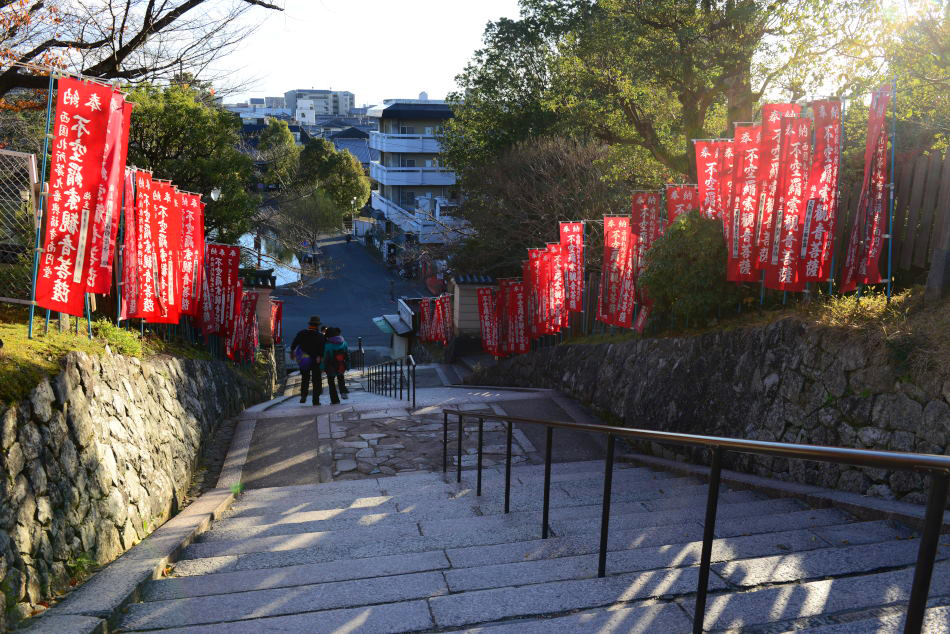 The stair down to Sanjo Dori Street was lined with donor’s flags. 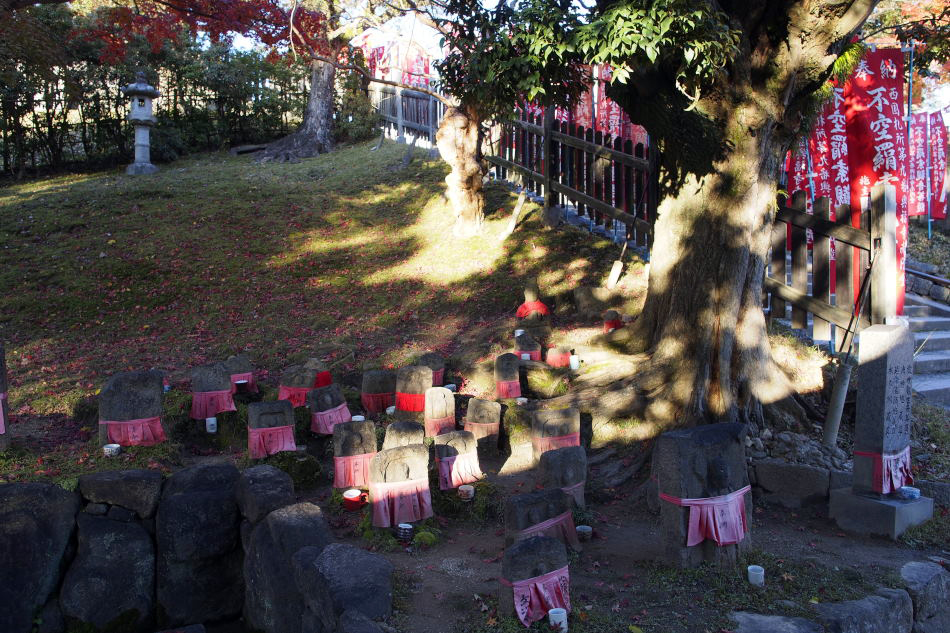 A path off the stair led us to a platform where a cluster of small Buddhist shrines stood under a few maple trees. 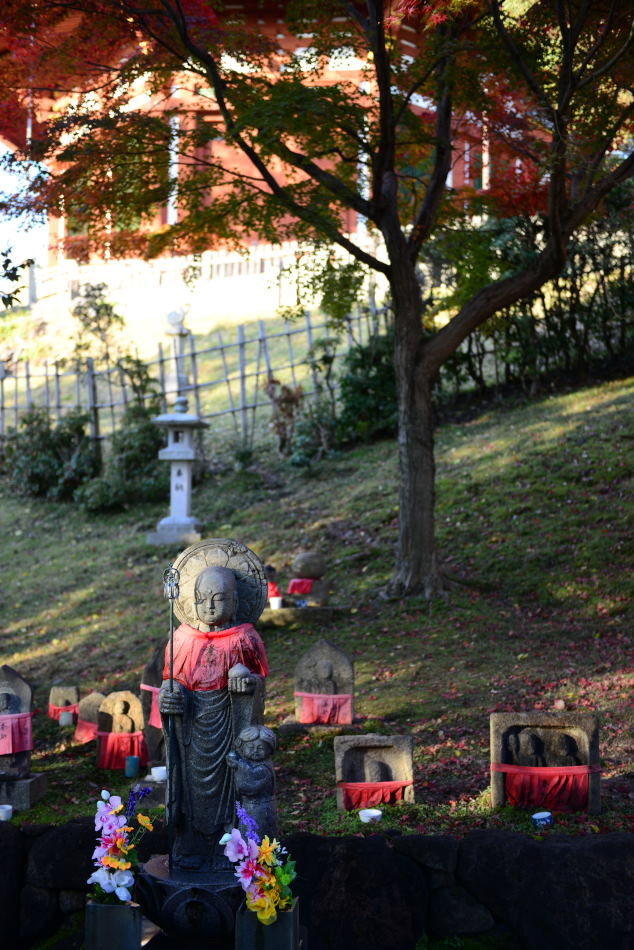 A beautiful statue stood out from the cluster of shrines.

Reconstructed in AD 1181, the Three-storey Pagoda (三重の塔) is one of the two oldest surviving buildings at the temple complex. 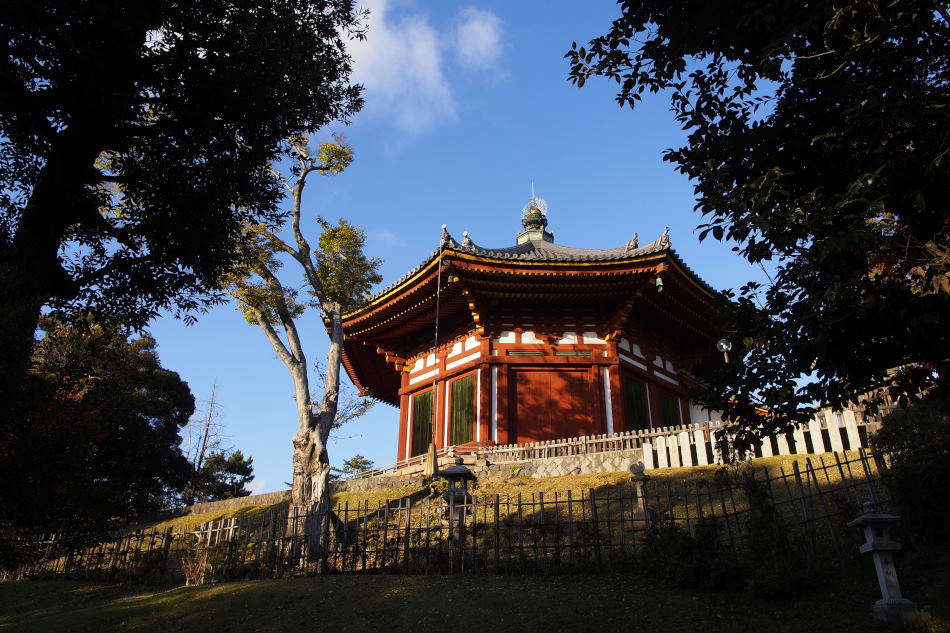 The Nanendo viewed from the Three-storey Pagoda.

Yomogi mochi at Nakatanidou (中谷堂) are made with a wild Japanese plant called mugwort.  These rice cakes were really tasty.

After a long day of temple hoping, we stopped by the relaxing Mellow Cafe for a quick bite.  The cafe is famous for its stone pizza oven.  We ordered a pizza with top with cheese and Japanese pickles.

And washed the pizza down with a glass of local beer…