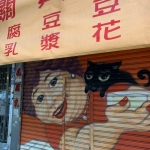 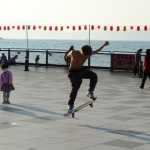 The first 130 or so small units of Kennedy 38, a new residential development in Kennedy Town, went on sell in November 2021 during the pandemic. Ranging from 229 to 332 sq.ft with an average price of HK$27,522 per sq.ft, 1400 interested parties registered as potential buyers, translating to about 10 bids for each available flat. A few days later, prices went up even higher for the upper floor units. A 287 sq.ft unit was selling for HK$10.24m (US$1.31m). While this may not match the most pricey developments in Hong Kong, US$1.31m for 287 sq.ft is not a friendly price tag either, especially for Kennedy Town, a neighbourhood that not long ago was still considered as Hong Kong’s de facto back-of-house. Today, things have obviously changed. Kennedy Town is now marketed as the up and coming neighbourhood on Hong Kong Island accessible by the mass transit railway (MTR), and a destination where the Harbour, Mount Davis and HKU are just minutes of walk away.

Gentrification has been happening in many parts of the city, but not that many places can match the 180 degree makeover of Kennedy Town, not only for its appearance, but also its identity. The westernmost settlement on Hong Kong Island was named after Arthur Edward Kennedy, the 7th governor of colonial Hong Kong in 1870’s who was responsible for substantial land reclamation and developments in Kennedy Town. Due to its considerable distance (3.5km, not that far in today’s standards) from Central, the city’s central business district, Kennedy Town was seen as an outpost in the early days. From late 19th century to the hundred years that followed, Kennedy Town was home to all sorts of the city’s undesirable but necessary supporting facilities: infectious disease hospital, mortuary, cemeteries, mental health hospital, poultry houses, depots for cattle, pigs and sheep, massive slaughterhouses, battery factories, waste incinerator, etc. From 1894 when the first slaughterhouse began operations, to 2007 when the demolition of Kennedy Town Abattoir and Incinerator finally took place, the impression that combines foul smell, animal whimpers, polluted air, and streets of blood and feathers on Kennedy Town have deeply imprinted in the collective psyche of many Hongkongers.

Then everything changed almost overnight on 28th of December 2014, when the MTR finally opened the Kennedy Town Station, bringing flocks of outsiders into the westernmost neighbourhood on Hong Kong Island. Then suddenly everyone realized that at only four stops west of Central, Kennedy Town is in fact a tranquil neighborhood where a less crowded waterfront and friendly old shops await for visitors to explore. Unsurprisingly, real estate developers were the first to arrive, tapping in the neighbourhood’s potentials by erecting blocks after blocks of luxury sea-facing apartments. Then came fancy restaurants, pubs, cafes, bakeries, cinema, lifestyle shops, etc. To maximize development potentials for the area, buildings in Kennedy Town associated with its dark past were all but wiped out. Shadows of the past have quietly faded away under collective oblivion. Yet if one looks careful enough, traces of the past are still visible in hidden corners and fenced off brown sites. Under the warm afternoon sun, the air is full of distant laughter from cafes, sport bars and waterfront promenade. Even a ruined slaughterhouse or a roadside tombstone of a 19th-century plague victim may not seem that spooky anymore.

Linking a number of tourist attractions like Tai Kwun, PMQ and Man Mo Temple, Hollywood Road is always popular for tourists in Hong Kong. While tourists come for the historical attractions, many locals, on the other hand, come to Hollywood Road for food and drinks. South of Hollywood Road, the narrow Staunton Street (士丹頓街) was once home to wet market vendors, trading offices, family-run stores and small Buddhist convents (庵堂). In fact, Staunton Street was once nicknamed the Street of Buddhist Nuns (師姑街). After the Central – Mid Levels Escalators opened to the public in 1993 and brought an influx of pedestrians from the business district downhill, Staunton Street and the adjacent Elgin Street(伊利近街) have quietly undergone a dramatic transformation. Expatriates started to move into the area. Old shops and Buddhist convents were gradually replaced by bars, pubs, restaurants, comedy clubs, cafes, and wine shops. In 1996, Thomas Goetz, a restaurant owner from Elgin Street, came up with the acronym “SoHo” (蘇豪) for this new entertainment and dining area of Central, referring to the location “South of Hollywood Road”. From then on, the Staunton Street that I used to go as a child to get fresh grocery and pay ritualistic respect to my grandfather at a small Buddhist convent has silently disappeared. Today, SoHo would remain sleepy most of the day, and then bursts into life after sunset. The yell of market vendors and pungent incense smoke have been replaced by causal giggles and laughter, and the smell of beer.

Further away from the Central – Mid Levels Escalators and less than 150m northwest of the buzzing SoHo, Gough Street (歌賦街), Kau U Fong (九如坊) and Aberdeen Street (鴨巴甸街) offer a much more laid-back and tranquil ambience. Once home to family run shops and small printing presses, these sleepy back streets have become a hipper cousin of the nearby SoHo. Known as NoHo for “North of Hollywood Road”, this area is particular attractive to locals who come for the foodie scene: Chinese cuisine, dai pai dong dishes, beef brisket noodles, Japanese ramen, sushi, Western fine dining, unadon, Vietnamese pho, hand-drip cafes, bubble tea, chocolate, etc. Despite its abundance of dining options, the shops here remain small and peaceful. Compared to its noisier neighbour, NoHo is much more low key, as if deliberately staying away from the public limelight. Here visitors would enjoy a sense of discovery and intimacy that is hard to find anywhere else in Central.