Going to a flower fair (花市) or new year fair (年宵) on the Lunar New Year’s Eve is a common tradition in Hong Kong.  Among all flower fairs in the city, the one at Victoria Park 維園 in Causeway Bay is the biggest and busiest.   Nowadays, all sorts of merchandises are being sold in the flower fair, from fresh flowers to traditional snacks, classic New Year’s gifts to trendy toys, and just about anything that may make one laugh.  Never mind the crowd.  The later it gets into the night the more fairgoers flock into the park.  It’s the joyful atmosphere, the sense of participation and the feel of being jammed in the mass that draws friends, families and couples to visit the fair every year.  It is the prelude of Spring holiday, and the biggest party in Hong Kong to welcome the lunar new year. 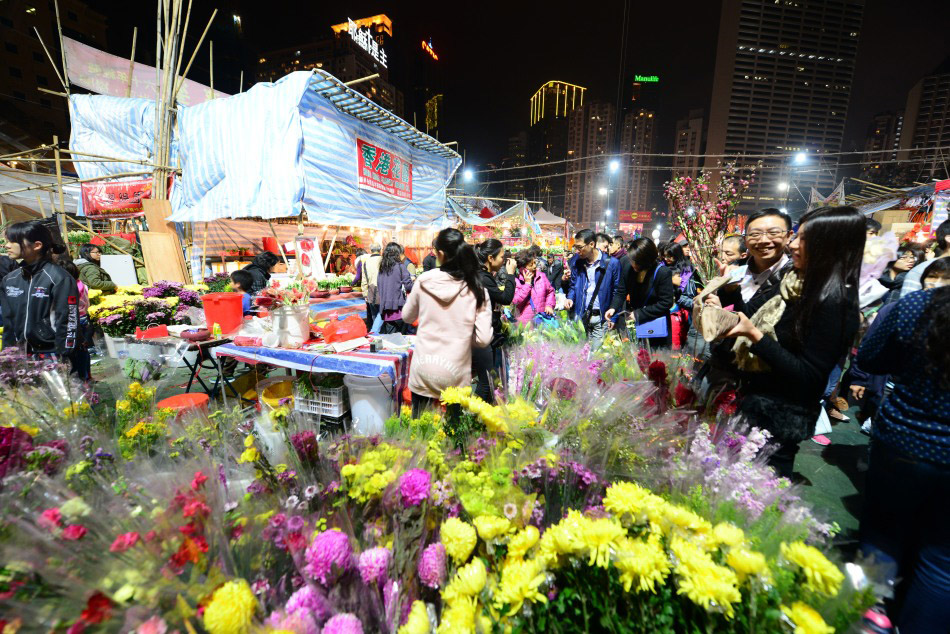 Floral colour was the first thing that caught the eyes of fairgoers when entering the park. 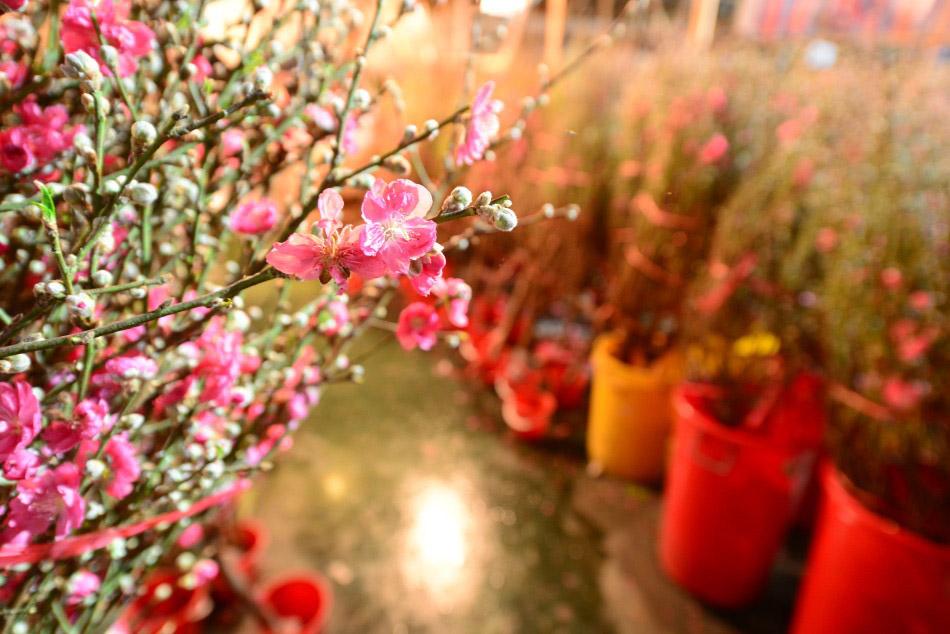 Peach blossom has always been the most iconic flower of the Chinese New Year.

Other than peach, water narcissus, pussy willows, lilies, and orchids were among people’s favorites.

New Year Fruits might look funny but its golden colour made it a delightful New Year’s decoration at home.

Shoppers often compared prices and the qualities of flowers from one vendor to another.

Traditional snacks and sweets attracted both tourists and local visitors.

The fair get much busier as the clock edged closer to midnight.

In recent years, the Lunar New Year’s Fair at Victoria Park has become a testing ground for young entrepreneurs and amateur designers, many of whom are students from universities or secondary schools. 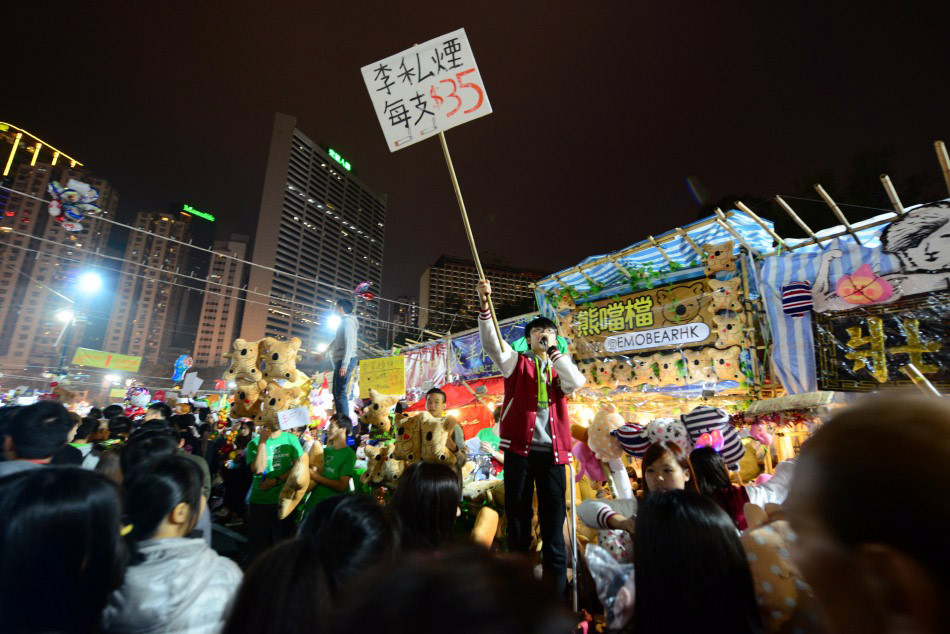 Stuff toy and cushions are common in the fair. 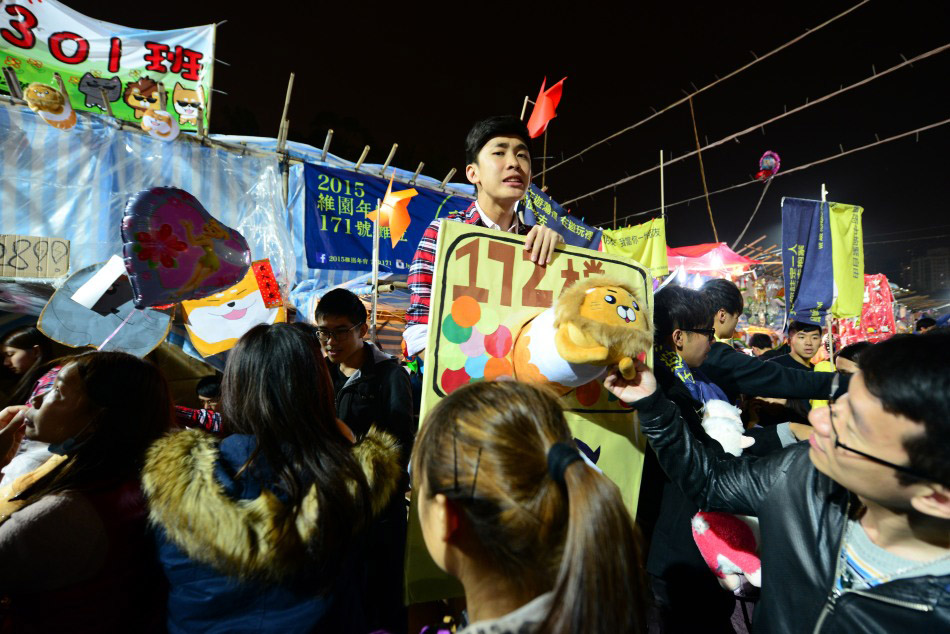 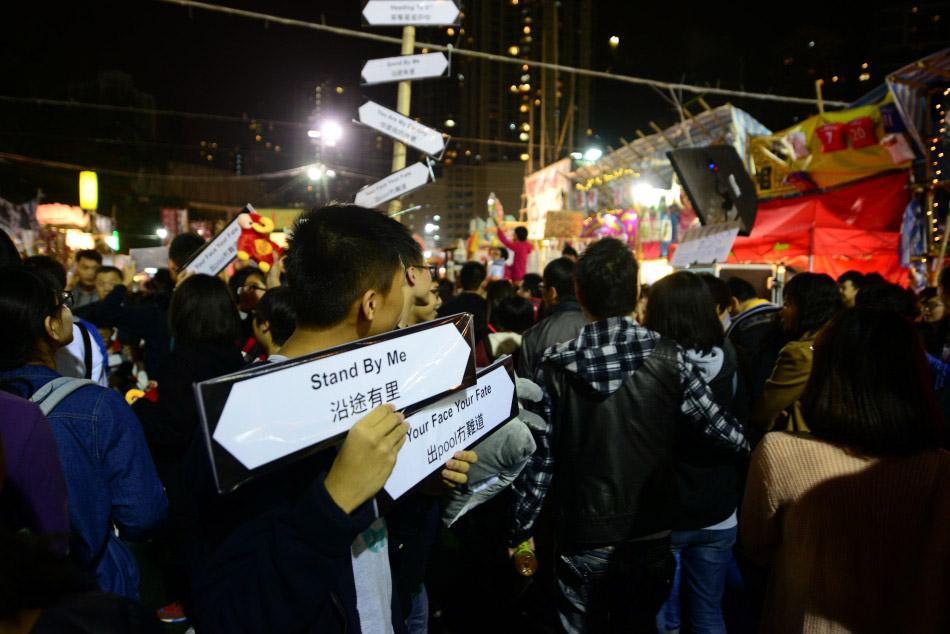 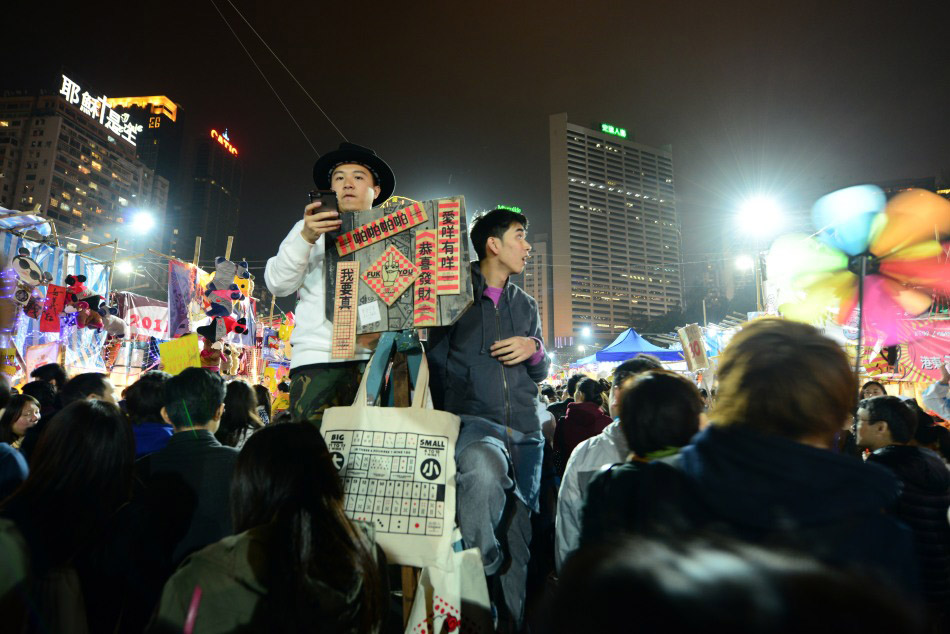 Some vendors positioned themselves in the middle of the aisle to advertise their booths.

To stand out among the vendors was not an easy task. 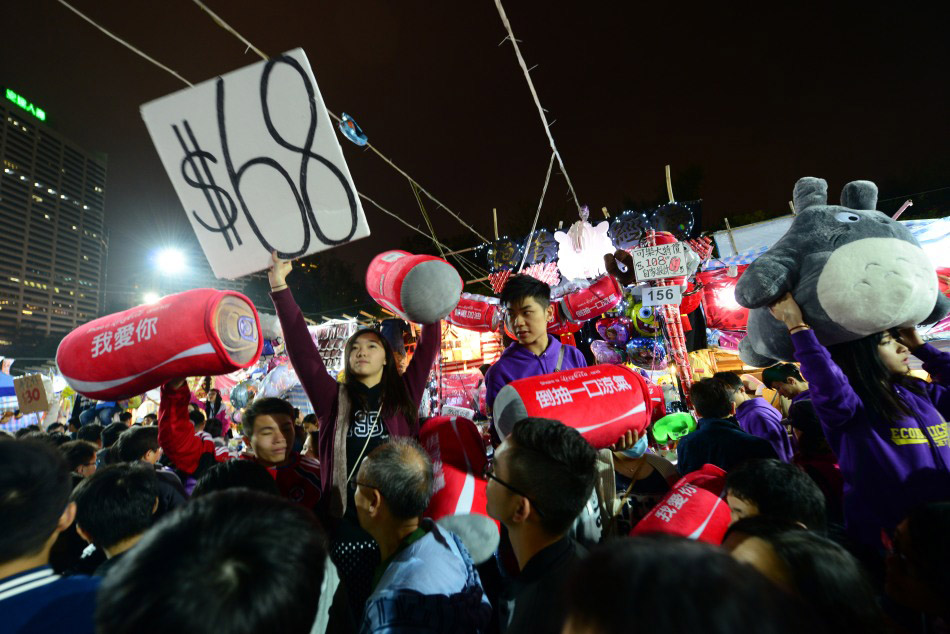 Among all the new merchandise this year, the cola-like stuff toys with trendy slogans made the news by walking the thin ice of copyright infringement.

Other than young vendors, many politicians and political parties also had booths set up in the fair.  Some politicians made new year couplets as free gifts for supporters.

Satirical merchandises targeting the chief executive of Hong Kong CY Leung could be found throughout the fair.

Merchandise related to the Umbrella Movement (Occupy Central) reminded us the delicate political situation of Hong Kong in recent months.

Other politically charged merchandise include the inflated fence (related to the protests of Umbrella Movement) and the thick toast (related to a recent conflict between the locals and visitors from Mainland China).

Many merchandise reflected a considerable level of disapproval of the current government.  Nonetheless, most fairgoers did put aside their political differences and anguish in order to enjoy a night of joy.

The fair at Victoria Park lasted until dawn of the Lunar New Year’s Day.