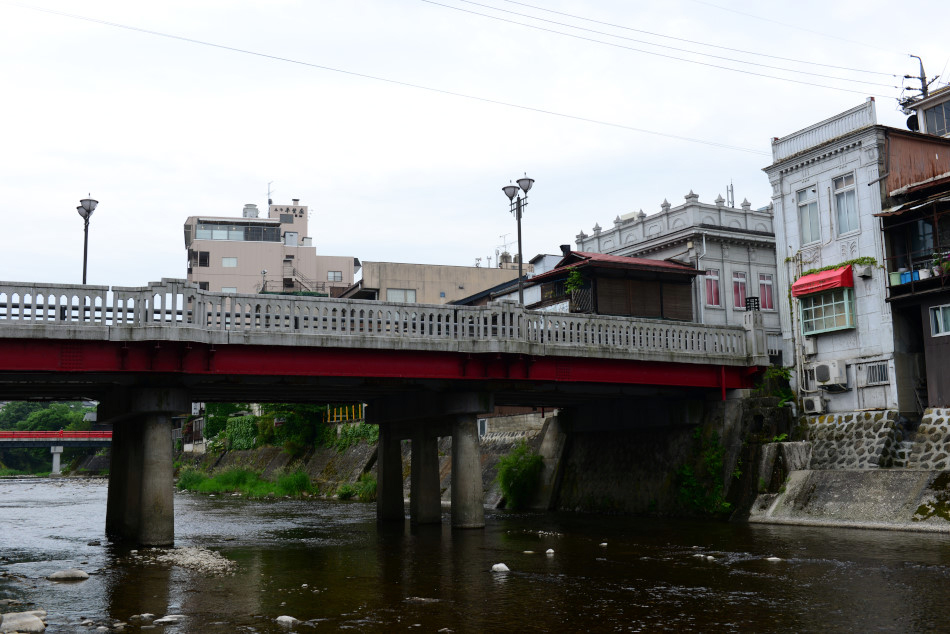 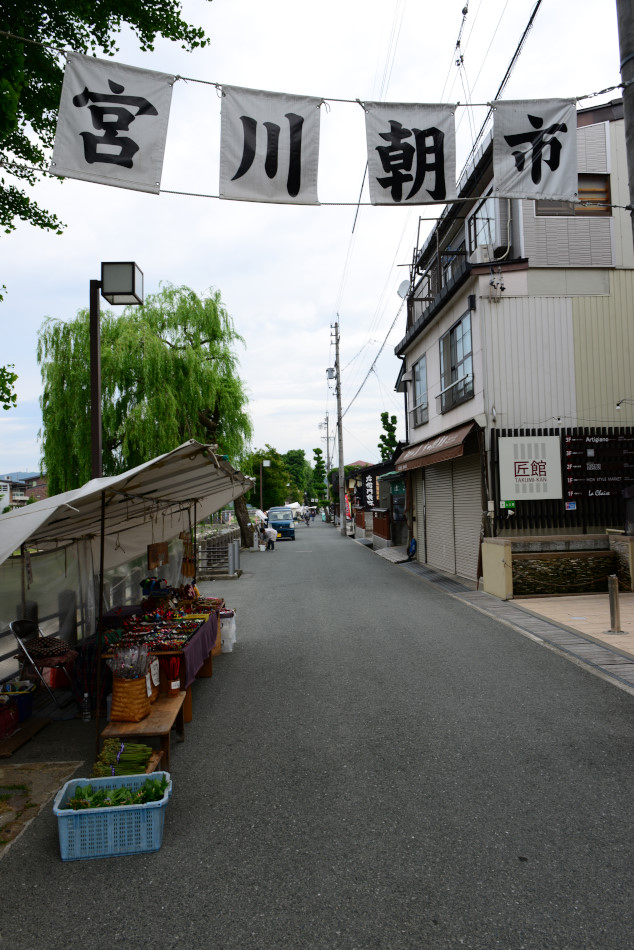 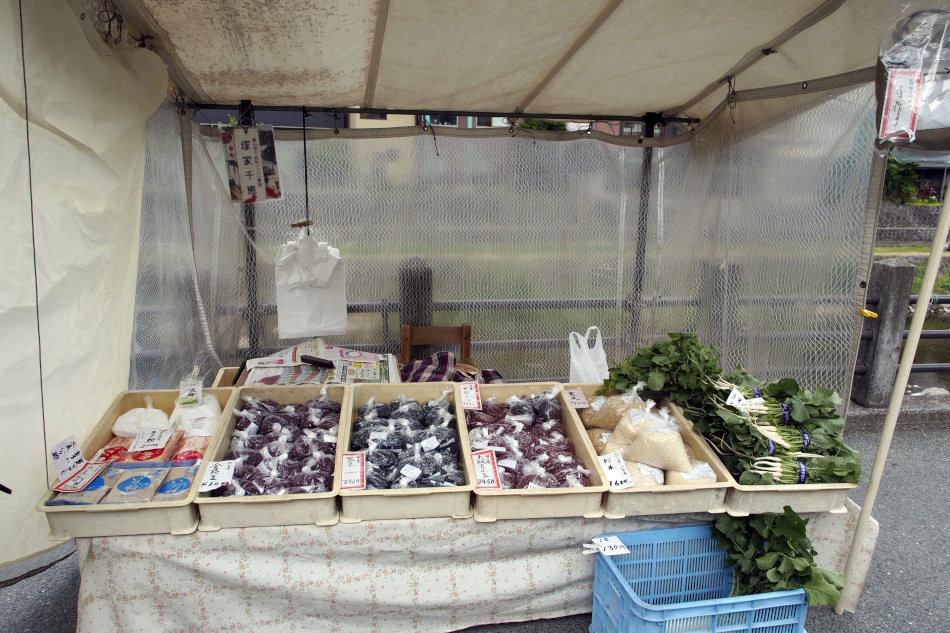 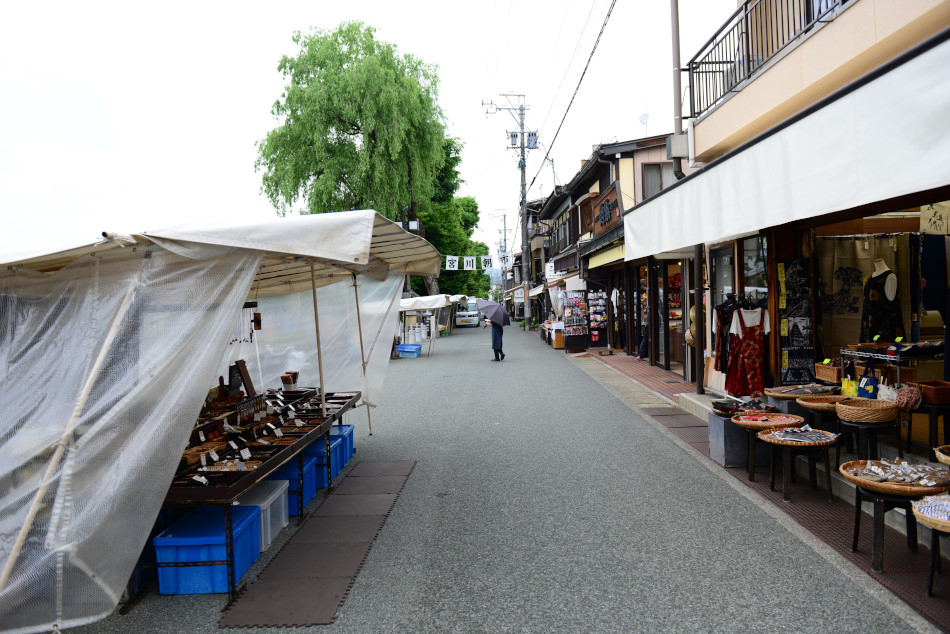 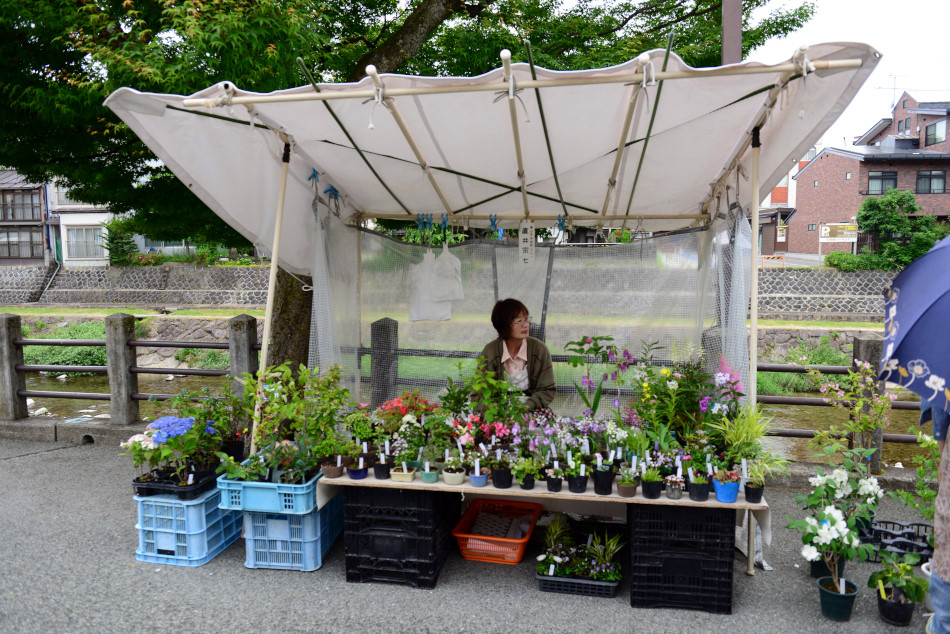 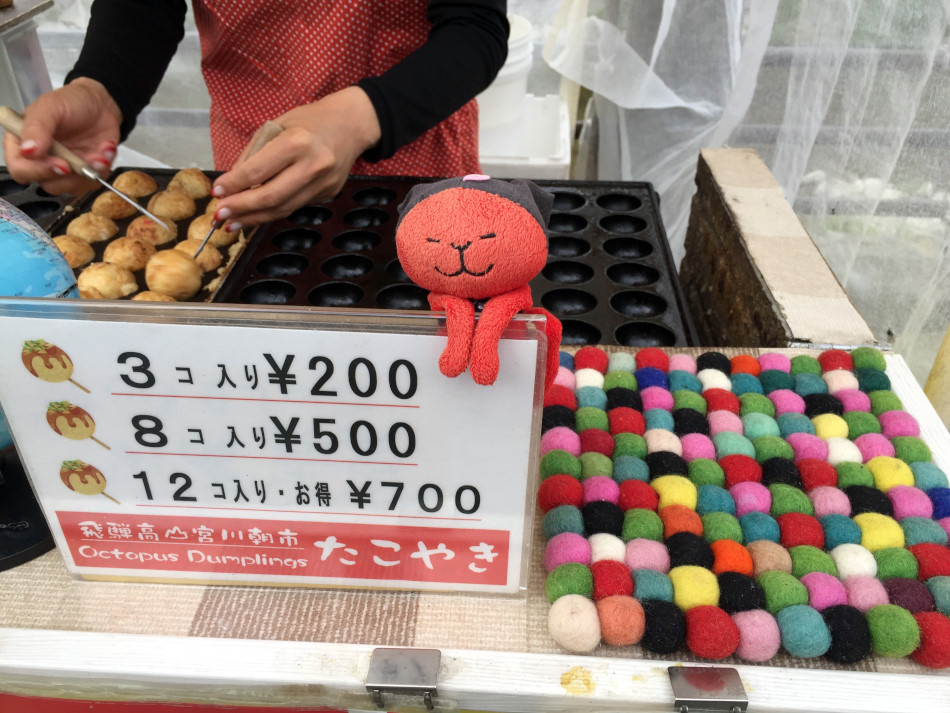 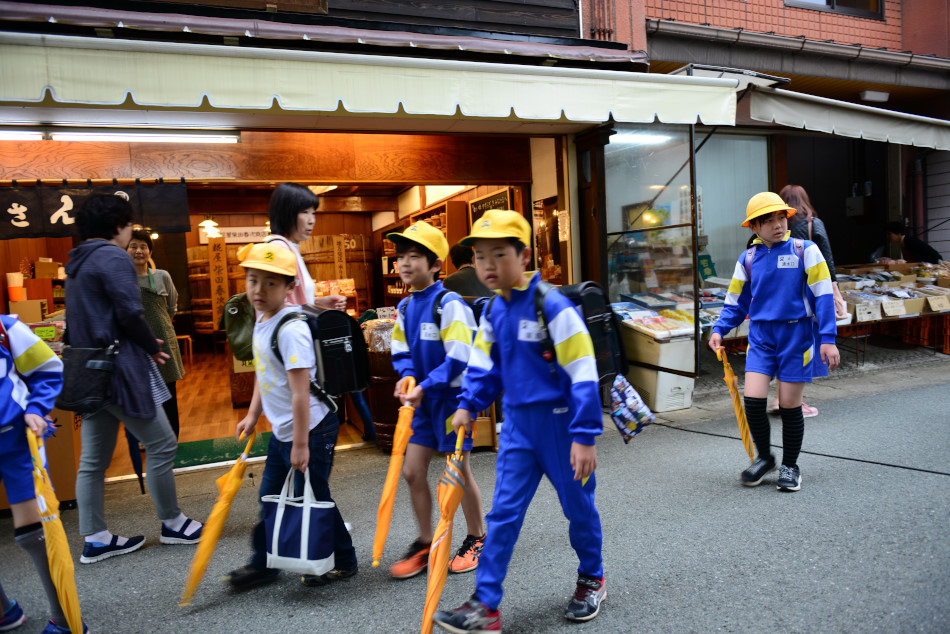 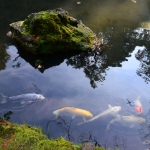 There are about a dozen of sub-temples in the Nanzenji compound.  After visiting the Hojo, we headed back to the Suiro-kaku Aqueduct.  A flight of steps behind the aqueduct led us to the upper platform of Nanzenji.  There we arrived at the entrance of Nanzenin (南禅院), one of the sub-temples of Nanzenji with a tranquil pond garden surrounded by lush-green forest.  Visitors were not allowed to enter the building, but we were able to tour the garden.  Centered at a small water pond, Nanzenin’s garden was designed in Chisen Kaiyu, or the pond strolling style.  A stone path led us around the pond.  Left of the pond, there was a elegant pavilion inside an enclosure wall.  It was the royal mausoleum of Emperor Kameyama (亀山天皇), the founding emperor of Nanzenji who converted his retirement villa into a Zen Buddhist temple in the 13th century.  According to a 15th century account, cherry trees from Yoshino, reed plants from Nanba, and maple trees from Tatsuta were transplanted, and frogs from Ide were released for the making of the garden.  The autumn foliage had just past its peak.  Most of the vivid red leaves had fallen into the pond, or scattered on the moss covered rocks around the pond.

The temple hall of Nanzenin (南禅院) was not open to the public.

The water pond in Nanzenin’s garden was created in a heart shape. 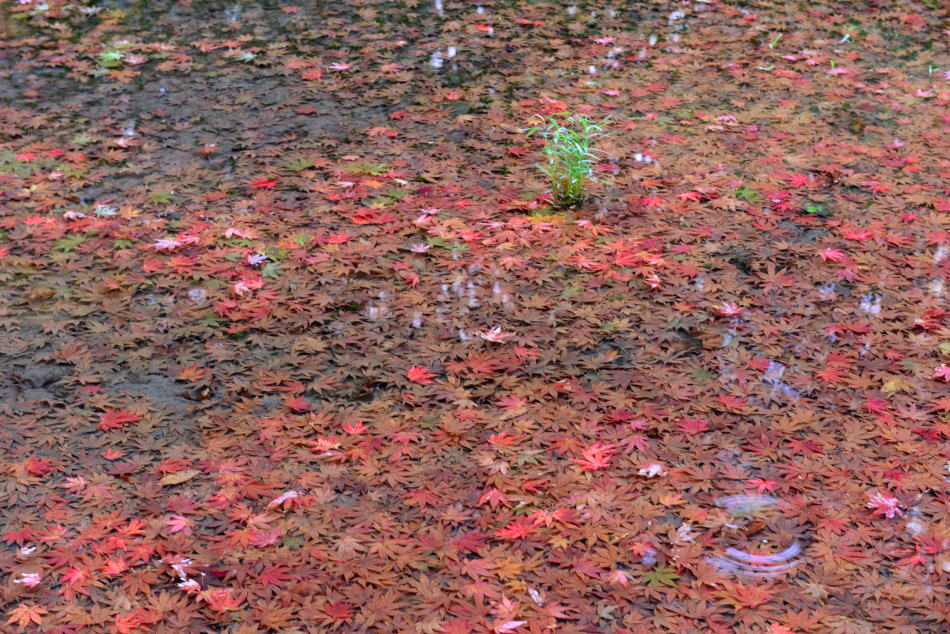 Much of the red leaves around the pond had fallen into the water. 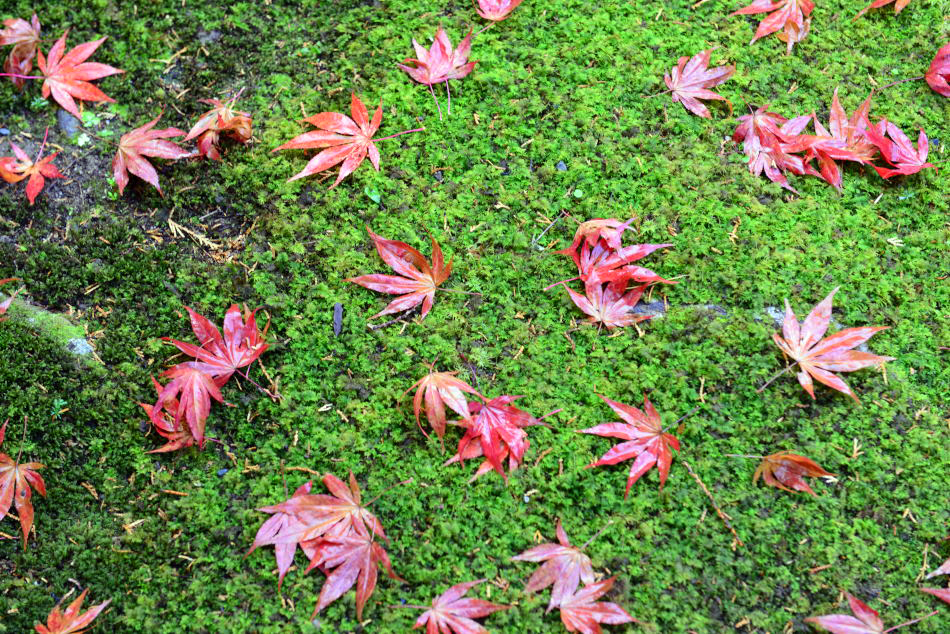 A sense of deep autumn on the moss-covered ground. 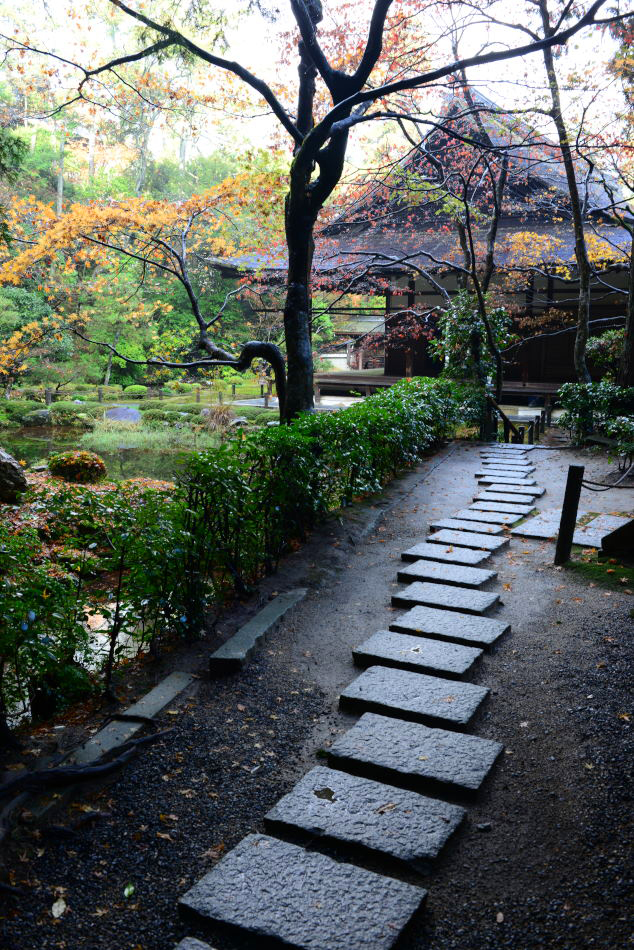 Most of the stone path was damp and peaceful. 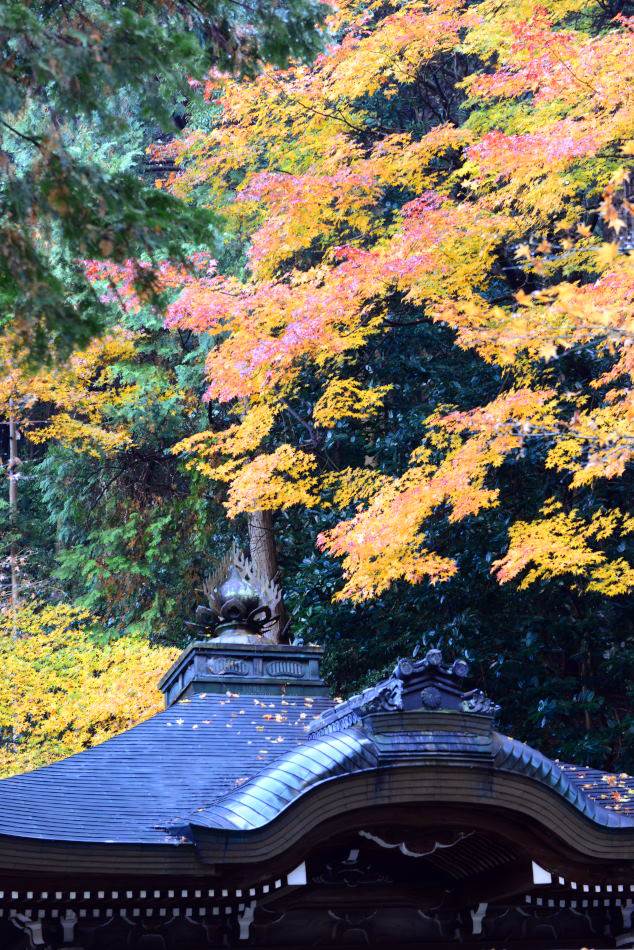 The mausoleum of Emperor Kameyama (亀山天皇) elegantly stood at the left side of the pond.

Moss covered a large area of the ground around the pond.

Outside Nanzenin, the remaining autumn foliage, dark timber structures and blue-grey roof tiles evoked a sense of solitude and serenity for the otherwise historical setting.

Lastly we came to Tenjuan Temple (天授庵), another sub-temple of Nanzenji dedicated to the Zen master who served Emperor Kameyama.  Constructed in 1337, Tenjuan contained both a dry rock garden and a wet pond garden.  We stepped into the complex of Tenjuan as the sun had climbed above the Higashiyama Mountains (Eastern Mountains), casting a touch of warmth into the gardens.  Similar to Nanzenin, we were not allowed to enter the building interior.  Instead, the main focus was again the two gardens.  In the dry rock garden, moss seemed grew naturally around stepping stones, creating a romantic ground cover on the gravel pool.  We sat at the veranda for a few minutes to admire the dry landscape. At the back, there was the Chisen Kaiyu or pond strolling garden.  Just like the garden at Nanzenin, we circled the pond at Tenjuan.  The stroll was quite interesting, especially at the part walking on the zigzag stepping stones across the water.  A school of koi or nishikigoi fish (錦鯉) swam freely in the pond.  When we stopped at the shore, the fish would swim over and gather right in front of us, perhaps hoping that we might feed them?  It was almost 10am by the time we finished with Tenjuan.  We decided to leave the compound of Nanzenji and found our way to the Philosopher’s Path.

We bought our admission tickets at the entrance courtyard of Tenjuan (天授庵).  The main building was not open to the public.  We followed a side path into the gardens at the back to start our visit. 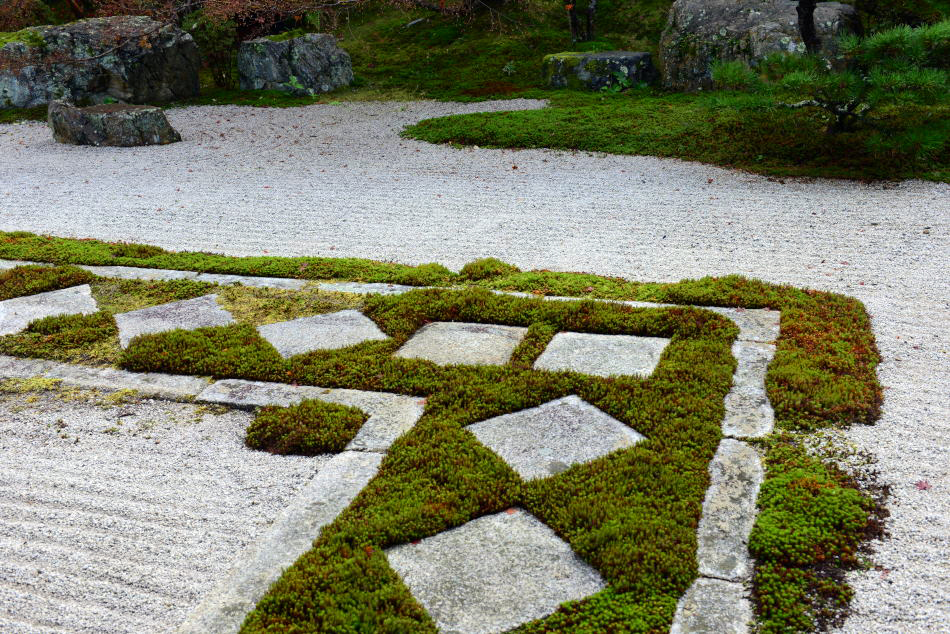 The dry landscape of Tenjuan was dominant by the moss and paver patterns. 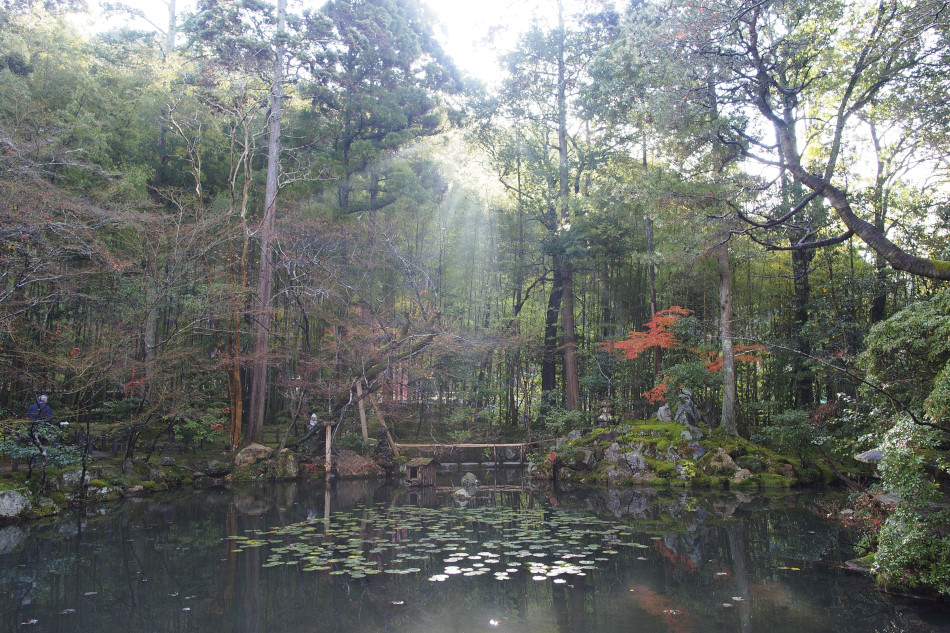 It was a pleasant morning strolling around the naturalistic pond.

The zigzag stepping stones was a neat feature in the journey.

Part of the journey brought us closer to the Tenjuan buildings.

Another feature was a timber bridge.  At this tie of the year the bridge was covered with autumn leaves. 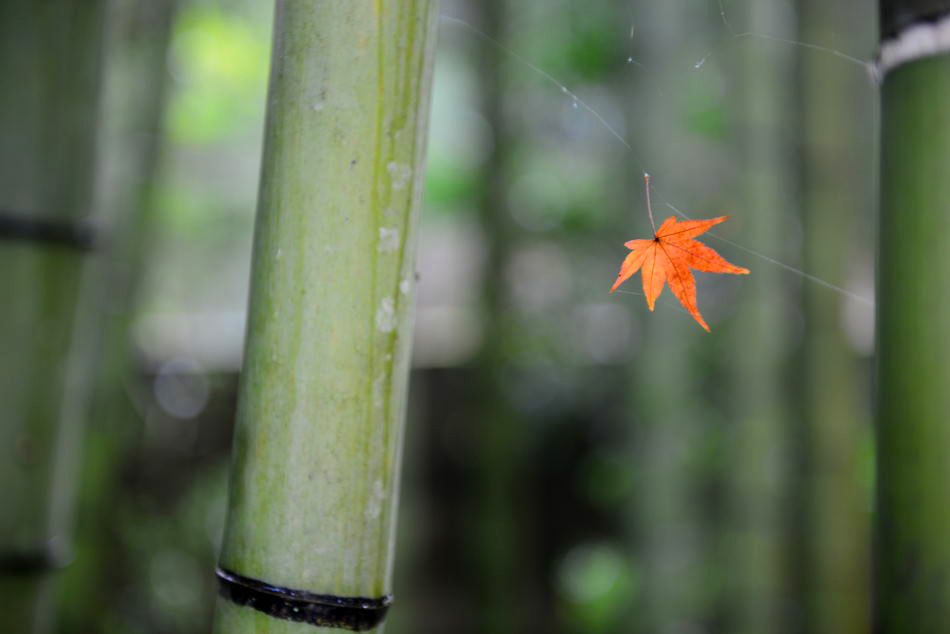 Maple and bamboo were two prominent natural features in the garden. 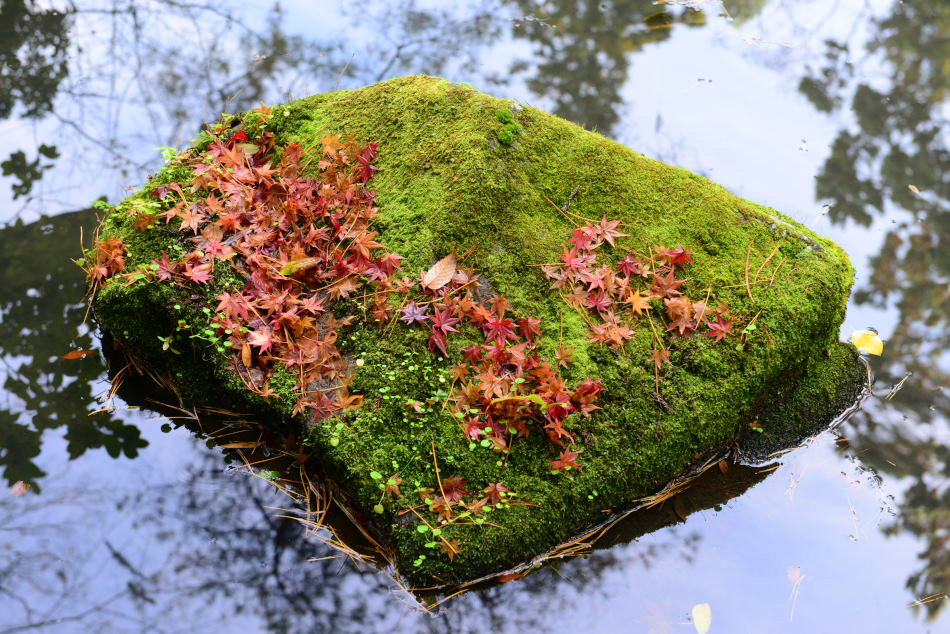 The moss, fallen leaves and pond reflections offered a serene atmosphere around us.

As we stood by the water to take photos, the koi fish approached us from afar.

The koi fish gathered in front of us.

Before leaving Nanzenji, the maples at the entrance court reminded us once again the season of late autumn.