After the Second Anglo-Burmese War in 1852, the East India Company’s annexation of Pegu province put Yangon into British hands.  In 1885, the Third Anglo-Burmese War resulted in Britain’s complete annexation of Burma, and Rangoon (now Yangon) was named as the capital of Burma (now Yangon).  From 1852 until Burma gaining independence in 1948, Rangoon saw major urban transformation under the British, with splendid colonial structures constructed all over the downtown.  After independence, political and military turmoil among ethnic groups threatened the survival of the new nation, and then in 1962, a coup d’etat brought the nation into a 48-year military dictatorship until the first civilian elected president came to power in 2010.  During the period of political turmoil and authoritarian rule, Yangon, together with much of Myanmar, was largely isolated from the outside world.  Many colonial buildings from the British era were neglected and left for natural decay.  Ironically, Yangon’s decades of lack of development led to the successful preservation of Southeast Asia’s largest concentration of colonial architecture.  Recently, international investment began to pour in as the country gradually opened up.  Some historical buildings had since then became redevelopment targets for foreign developers.   Before heading north to visit Shwedagon Pagoda, we spent a brief time wandering around the lower downtown of Yangon to admire its awesome but fading colonial architecture.

Yangon City Hall, one the most prominent colonial building in the city, stands across the street from Sule Pagoda.  Designed by Burmese architect U Tin and completed in 1940, the City Hall is a fine example of Burmese colonial architecture where local influence (in this case the multi-tiered pyatthat roof) has been incorporated into the otherwise largely Western design.  The City Hall building exemplifies nationalist Burmese architecture at the twilight stage of colonial rule.

Across the street from the City Hall, the Mahandoola Garden (Maha Bandula Park) has long been a public park at the heart of Yangon since 1868.  While we were there, audience seating and a stage were set up for an upcoming event.

Also designed by Burmese architect U Tin, the Independent Monument at Mahandoola Garden (Maha Bandula Park) was erected at the centre of the park in 1948 to commemorate the nation’s independence, replacing the former statue of Queen Victoria at the same location.

Flanking the east side of Mahandoola Garden (Maha Bandula Park), the former High Court is one of the most iconic buildings in Yangon.  It was also one of the first in Yangon to have toilet and plumbing facilities as well as electricity.  During the military rule, the Supreme Court was replaced by the socialist Council of People’s Justices controlled by the General.  Today, Myanmar’s Supreme Court has been relocated to the new capital Naypyidaw. 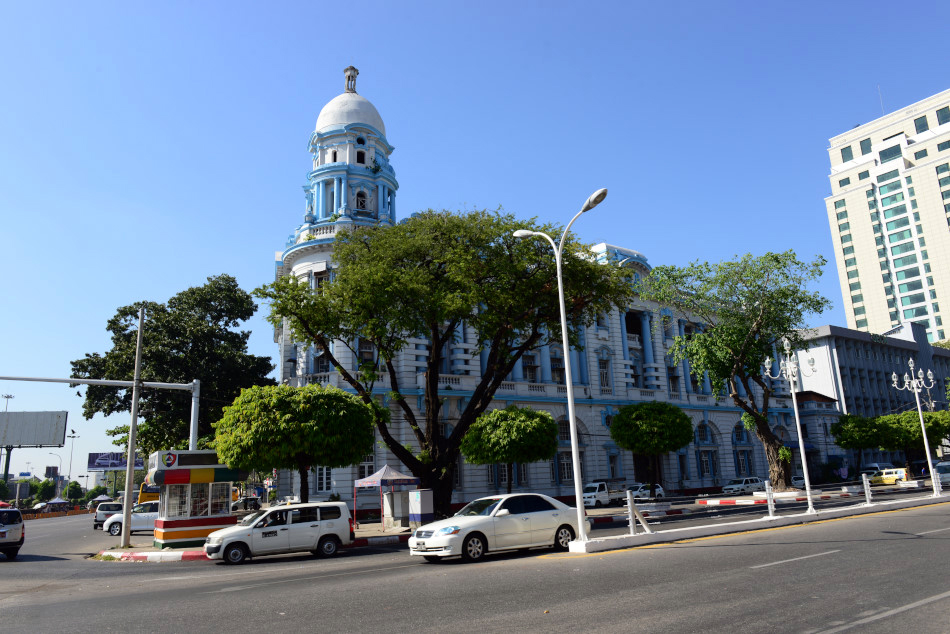 Further south from Mahandoola Garden, at the intersection of Sule Pagoda Road and Strand Road stands the baby blue and white Myanmar Economic Bank building (formerly Bank of Bengal and then Imperial Bank of India).  The Imperial Bank of India was the most prominent bank in colonial Burma, serving like the central bank for the nation. 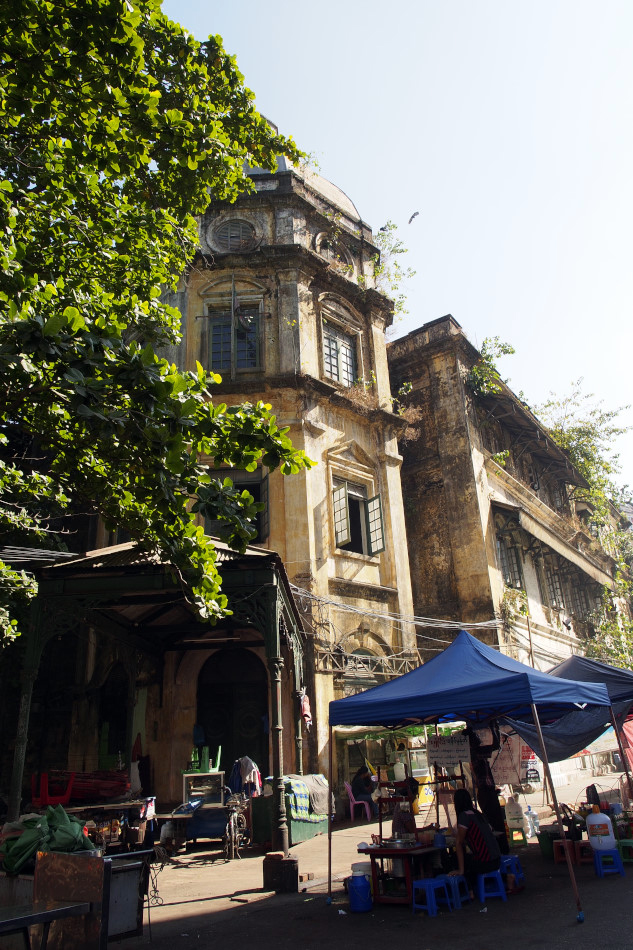 The former Accountant-General’s Office and Currency Department were housed in a magnificent building with three octagonal towers.  These former colonial departments oversaw taxes and trade customs for British Burma, which was belonged to the Government of British India.

Today, the building is in poor condition, especially for the wings along Bank Street and Mahabandoola Garden Street.  Overgrown weeds took over parts of the building facade.

The building hasn’t changed much since the Japanese bombing in 1942.

This former Accountant-General’s Office and Currency Department building was partially occupied by Yangon Divisional Court and Department of Pensions nowadays.

Each of the octagonal towers houses a ornate spiral staircase. 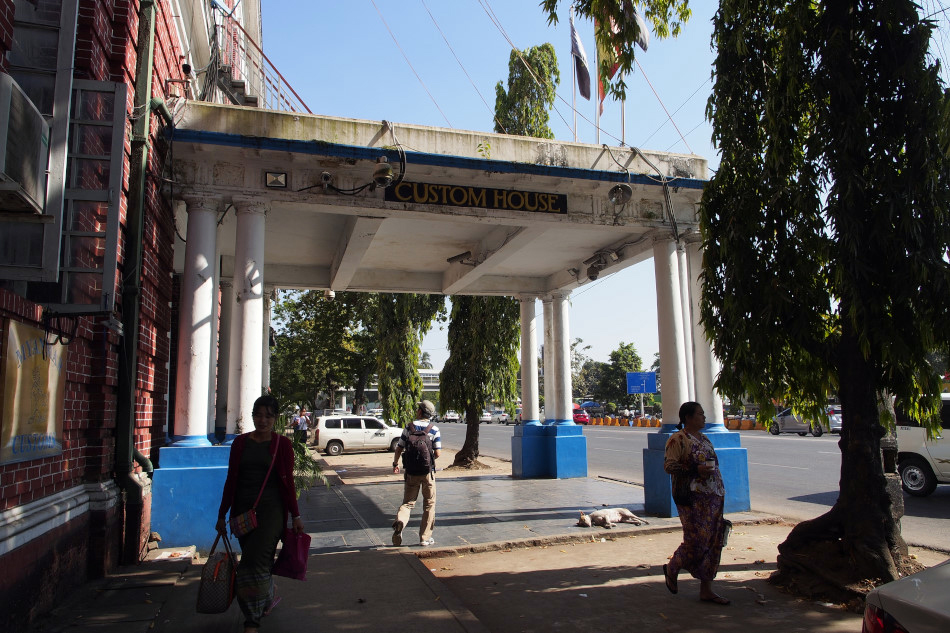 The red-brick Customs House is one of the few historical buildings still serving its original functions today. 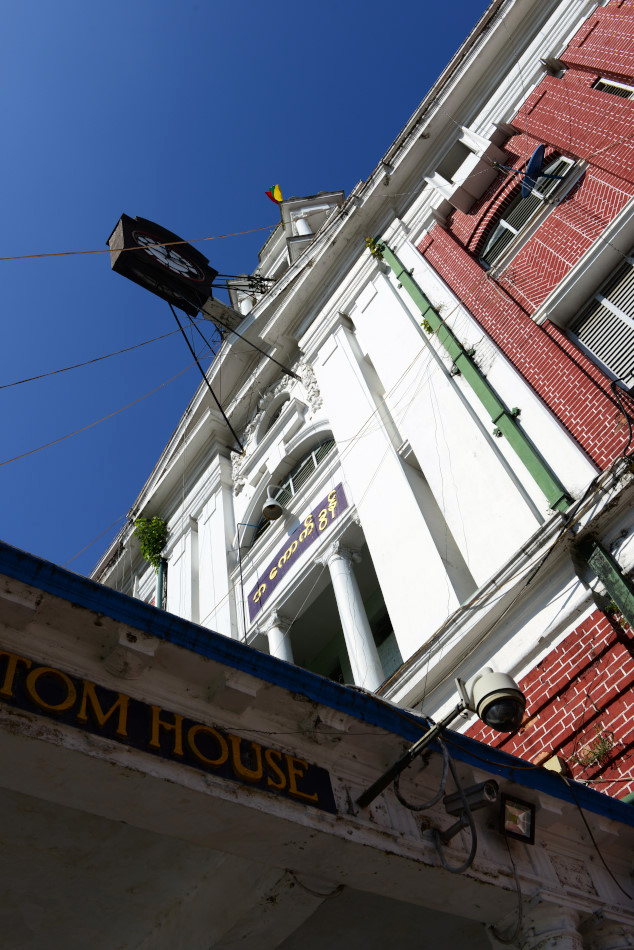 Since 1916, the two-faced clock has been the iconic feature of the Custom House.

Further down Strand Road, we arrived at Myanmar Port Authority (former Port Trust Office).  The corner tower is an iconic landmark for the city, both for today and back in 1920s, when the new building was erected to reflect Rangoon as one of the busiest port in the British Empire.

Myanmar National Airlines occupies the 1920s building of the former Bombay-Burmah Trading Corporation, whose diverse business included exporting teak wood.  Right next door stood the splendid Strand Hotel, the 1901 glamorous hotel for affluent visitors in the early 20th century.  In 1993, the hotel was fully renovated with a budget of USD 10 million. 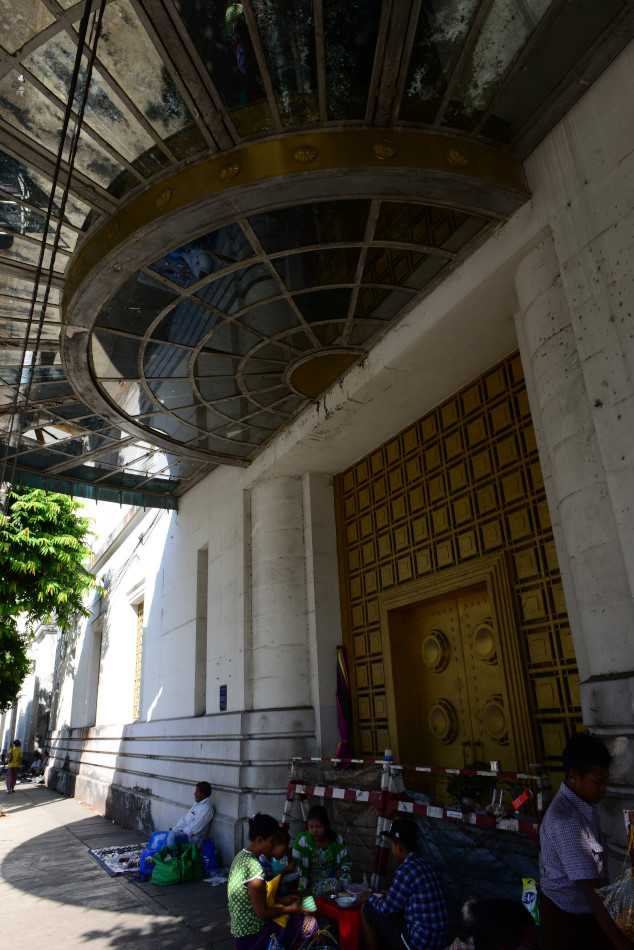 The former National Bank of India building (now Myanma Agricultural Development Bank) was built in 1930.  Designed by Thomas Oliphant Foster and Basil Ward, the same architects who had done the Myanmar Port Authority building, the beautiful entrance canopy and the golden entrance door remain as special features of Pansodan Road. 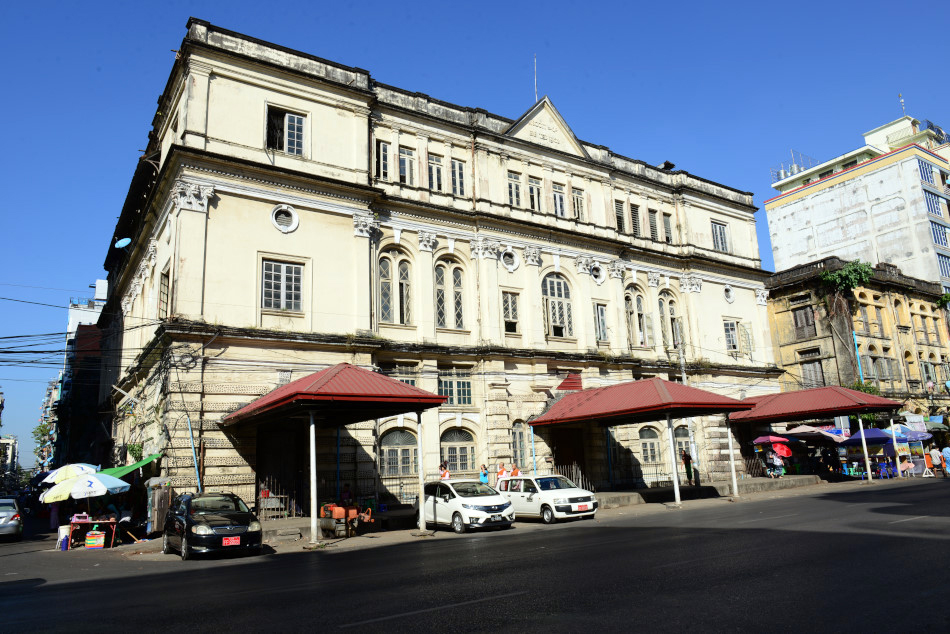 Written with “A Scott & Co” and “erected 1902” on the triangular pediment of today’s YCDC (Yangon City Development Committee) building, this colonial architecture had witnessed the era when Rangoon had a strong trading connections with Scotland. 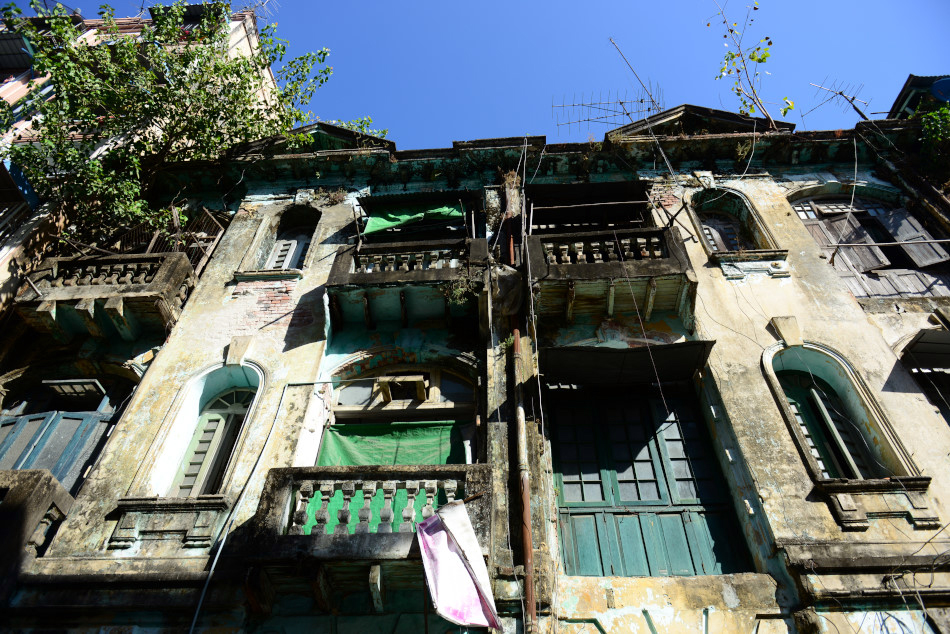 Wandering in Downtown Yangon offered us a chance to see a number of the city’s finest colonial buildings in just a short walk.  Throughout the walk, we passed by many anonymous buildings from the British era.

We planned to visit Secretariat (Ministers’ Building), the former administrative centre of British Burma and Yangon’s most important colonial building.  On our way, we passed by several more interesting historical buildings.  Unfortunately the Secretariat complex was not open to the public.  We could barely see it from outside the fence, and decided to move on to Shwedagon Pagoda.