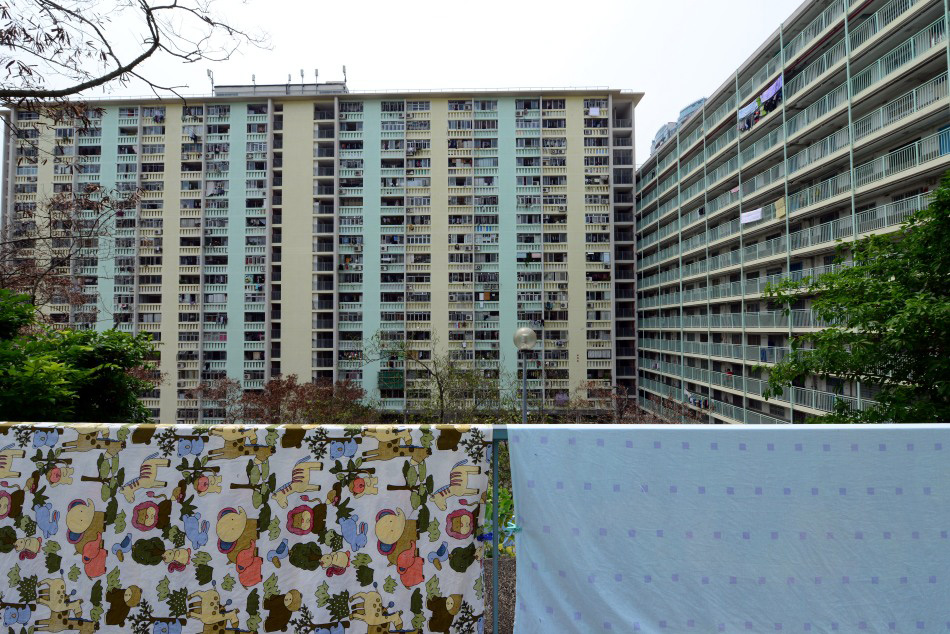 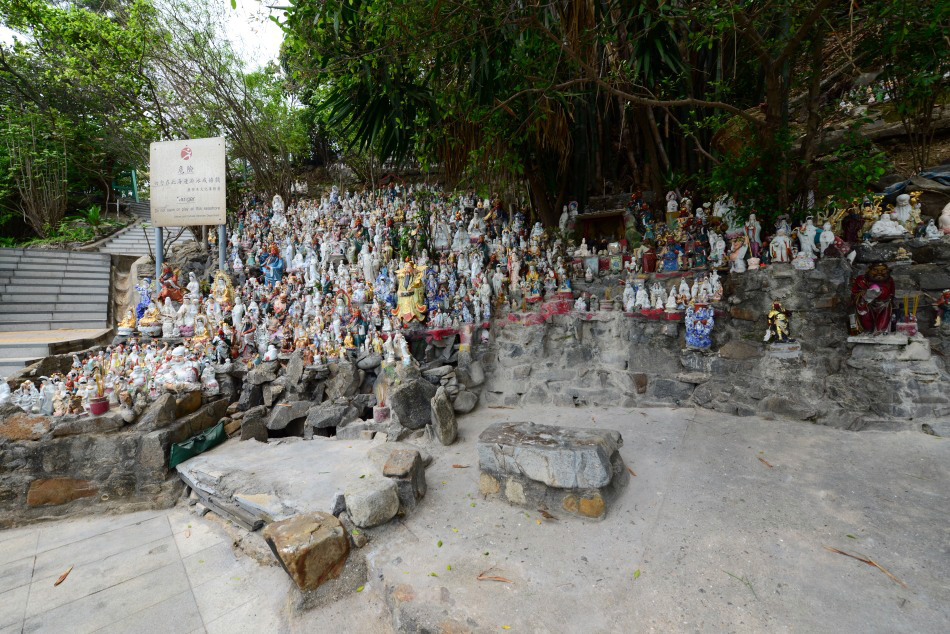 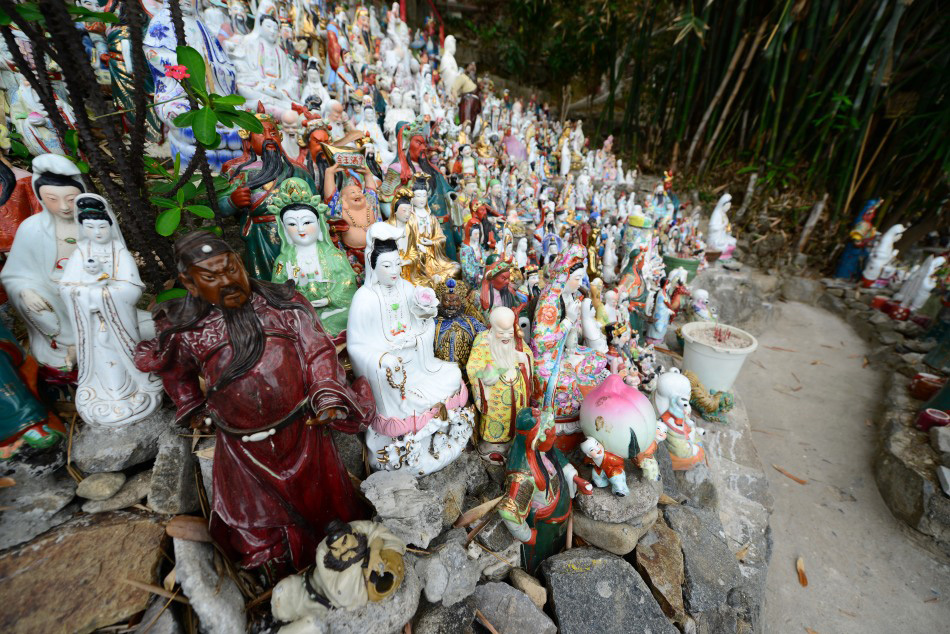 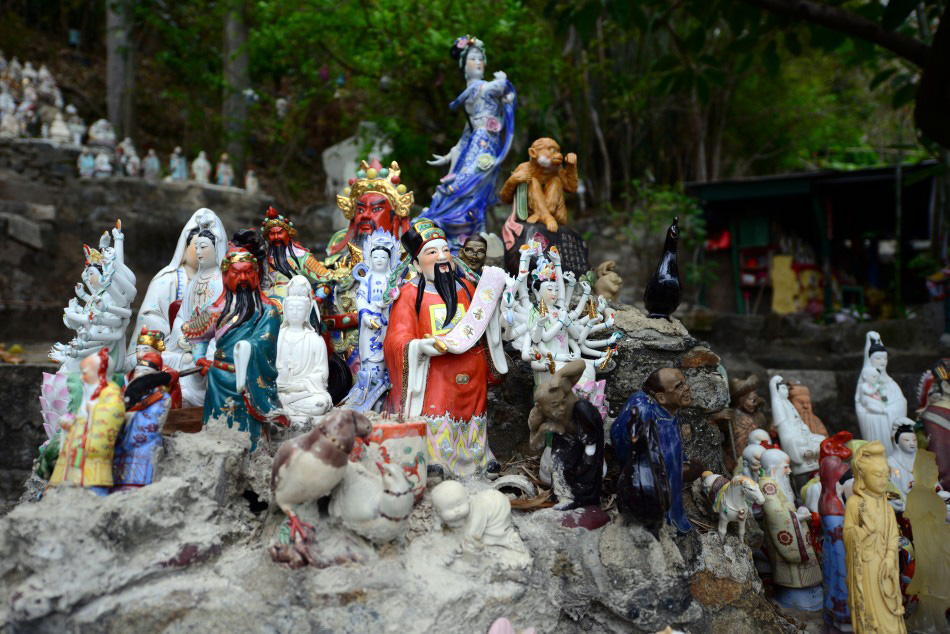 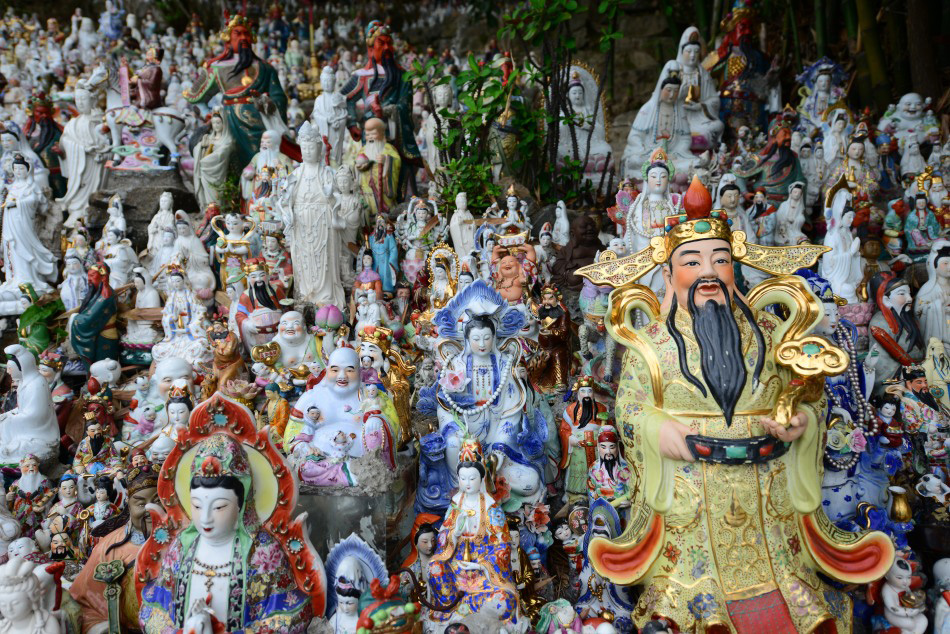 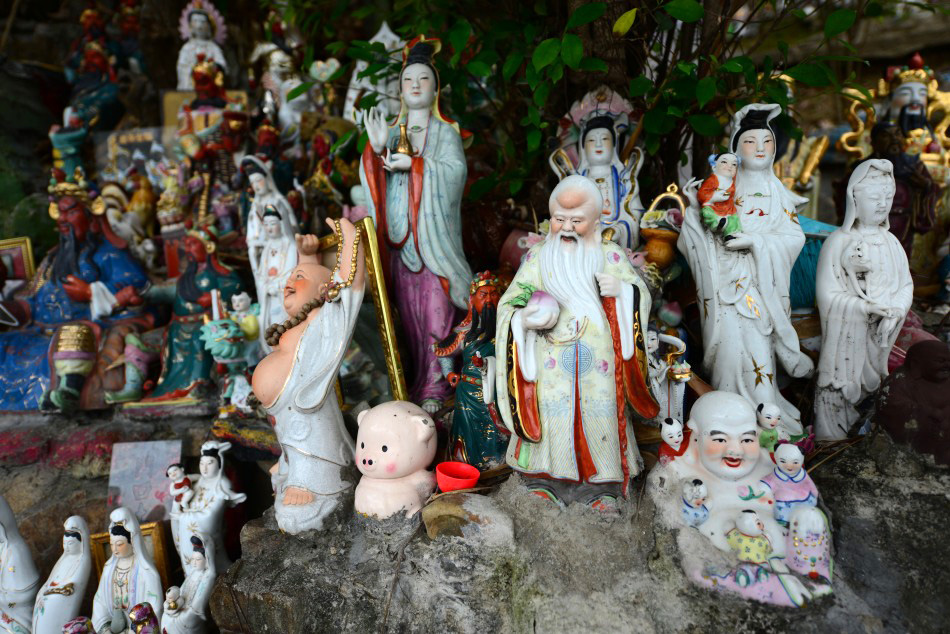 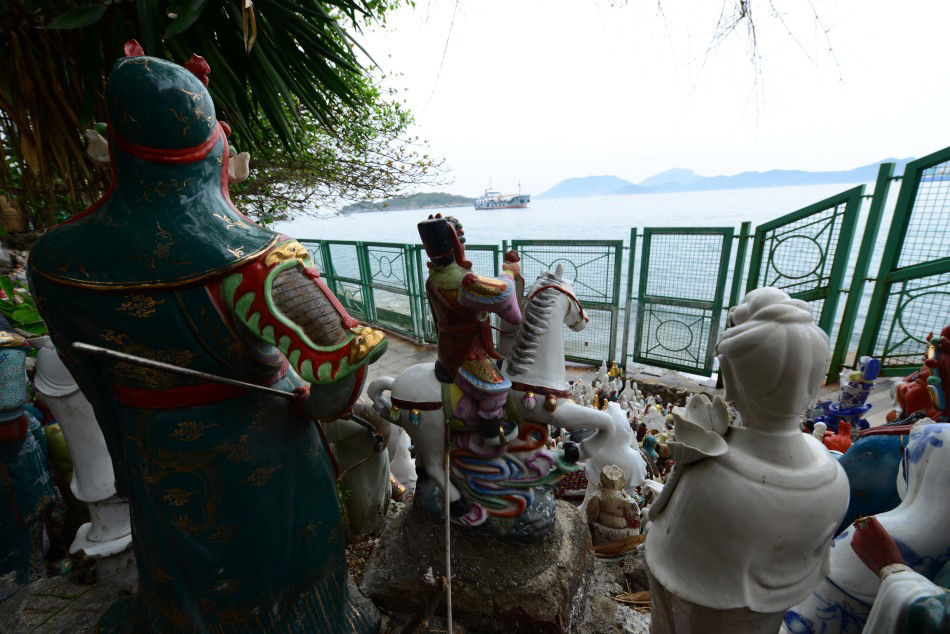 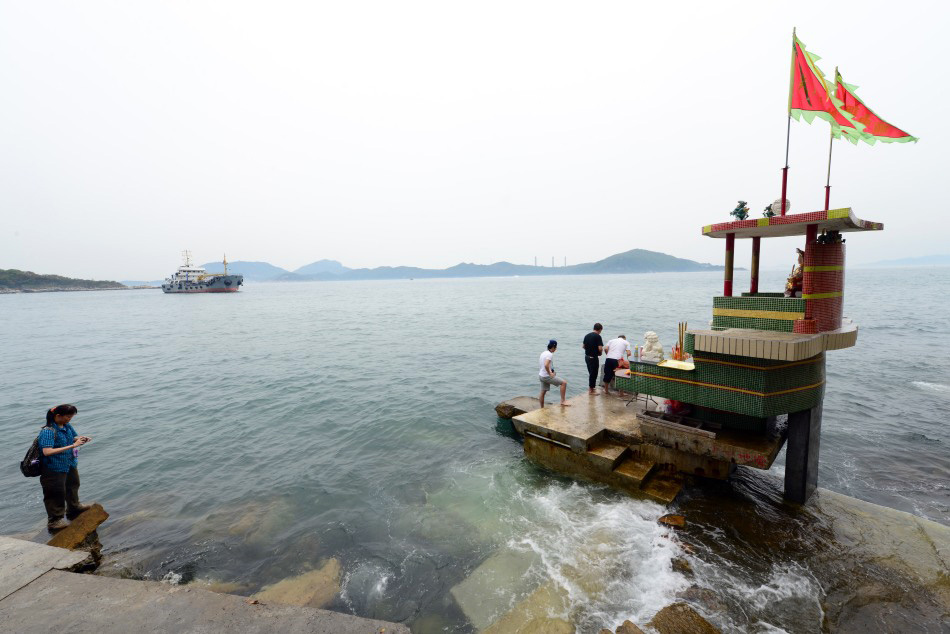 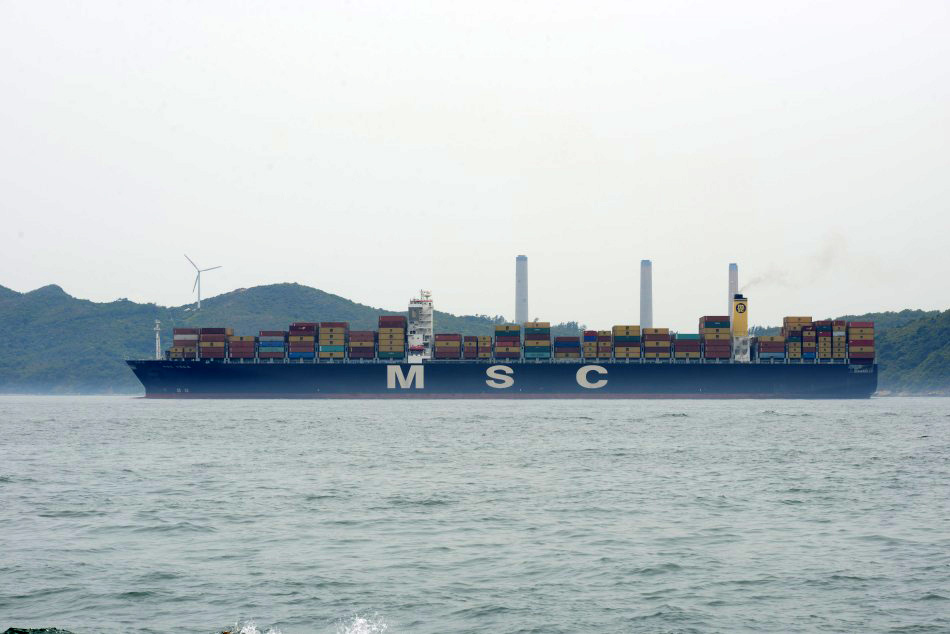 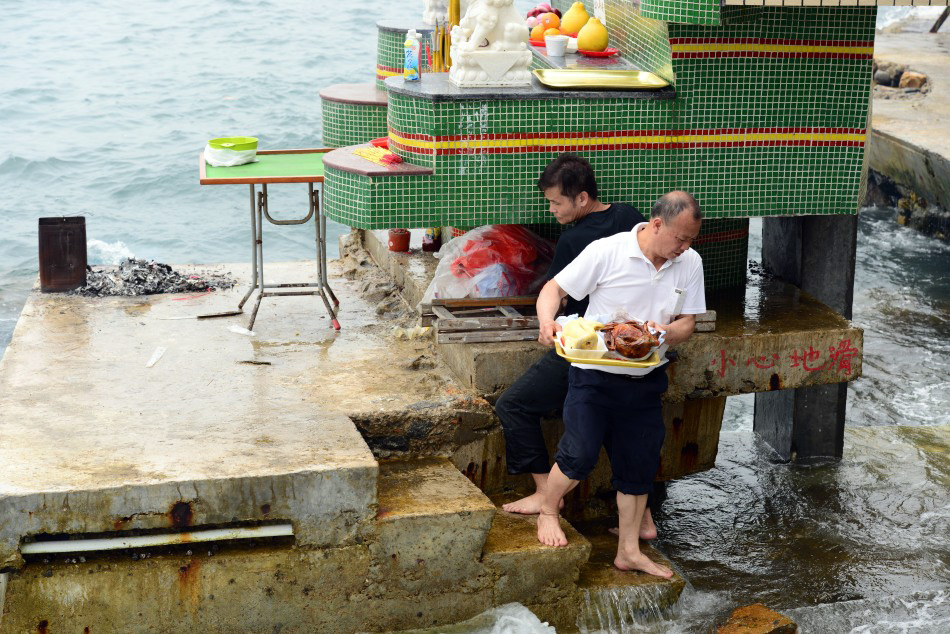 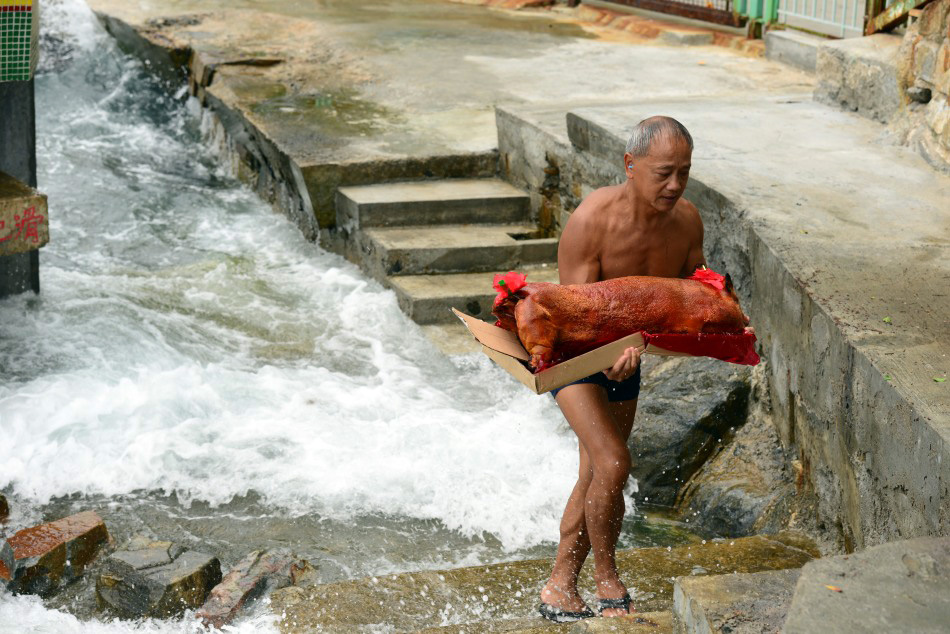 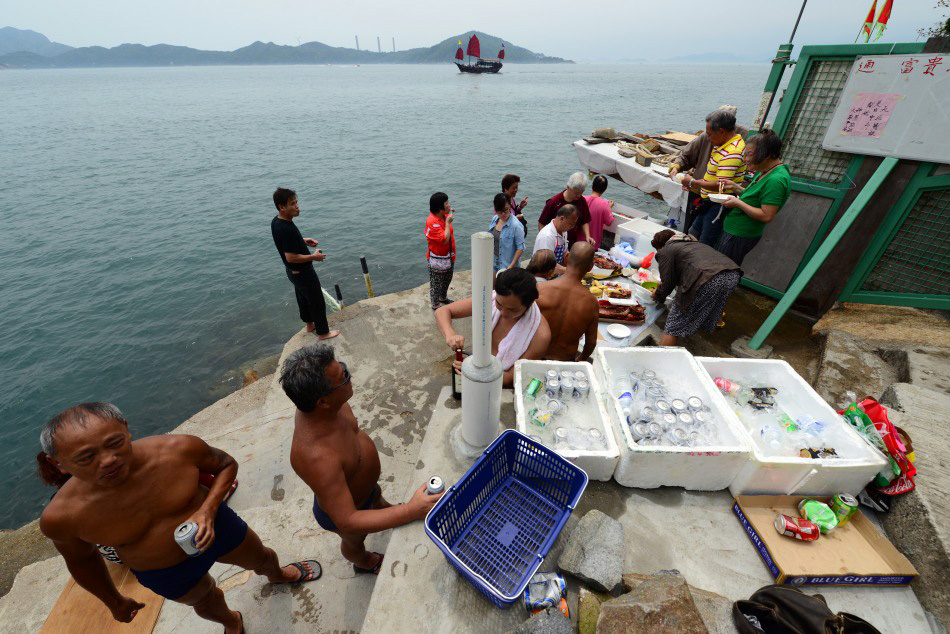 For a city known for long working hours and bustling nightlife, hiking in one of its 24 country parks has quietly emerged as a popular alternative to shopping, karaoke, or watching a movie as a local weekend activity.

On a fine day in early April, I set out on a half day journey to hike in the southern part of Hong Kong Island.  Compared to the northern shoreline of Hong Kong Island where the downtown is located, the south is dotted with sandy beaches and hill forests.  I had a few hours’ time before sunset to do the hike, and I picked the Dragon’s Back hike in Shek O Country Park.  Recognized by some magazines as one of the best urban hikes in Asia, the Dragon’s Back Hike has become really popular among locals and tourists.  Just like many other hikes in Hong Kong, the trailhead of Dragon’s Back Hike can be easily accessed by public transportation.  In this case, the trailhead at To Tei Wan can be reached by frequent public buses from Shau Kei Wan MTR Station.

It took me less than three hours to hike from To Tei Wan to Big Wave Bay, and then another half an hour to walk from Big Wave Bay to Shek O Village.  After reaching the highest point of Dragon’s Back at 284m, the magnificent panoramic view of Shek O and the South China Sea was rewarding.  The descend journey to Bay Wave Bay was largely done in shaded paths.  By the time I reached the renounced surfing beach, the sun was about to set.  I stayed at Big Wave Bay and continued on to finish my journey at Shek O, a mere 20-minute walk from Big Wave Bay.  At Shek O, I climbed onto a rock hill adjacent to the beach to take in the scenery and watched the people enjoying themselves on the beach under the setting sun. 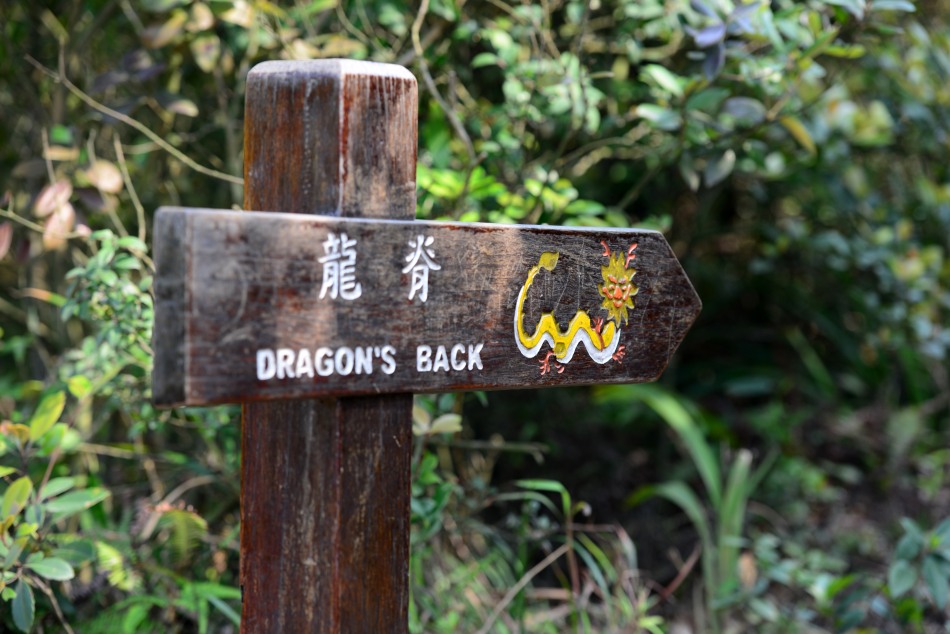 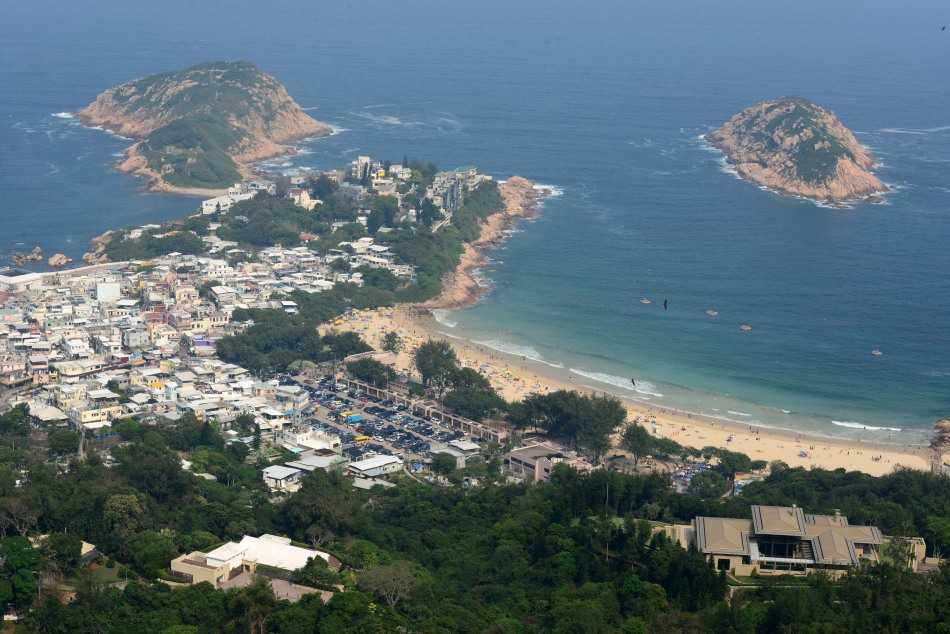 No wonder why the undulating hike along the Dragon’s Back ridge has been recognized by guidebooks and magazines as one of the best urban hikes in Asia.  The view toward Shek O Village and Beach, and the rocky islands of Tai Tau Chau and Ng Fan Chau is the biggest reward for climbing up to the Dragon’s Back. 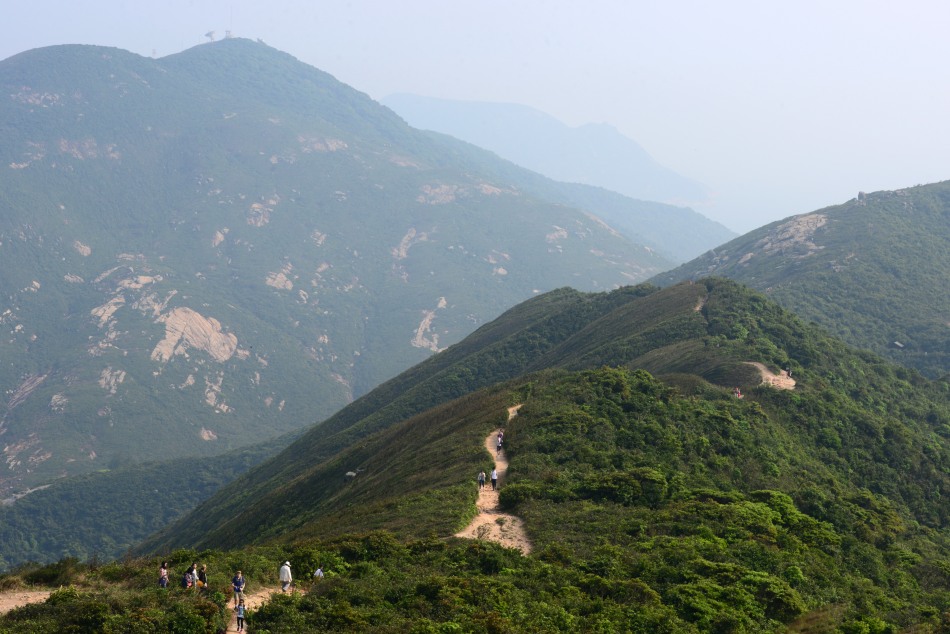 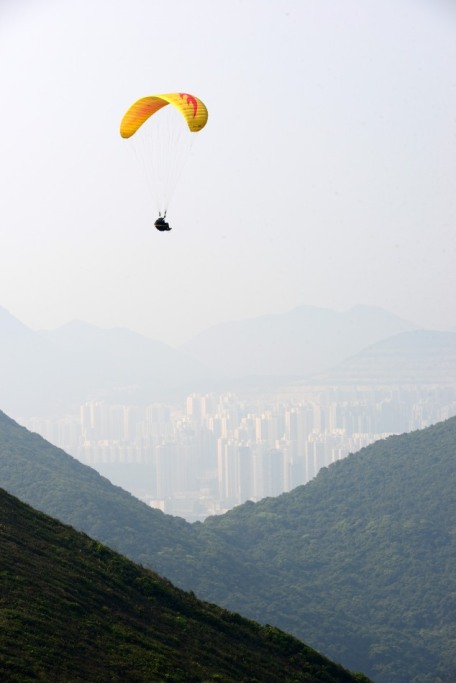 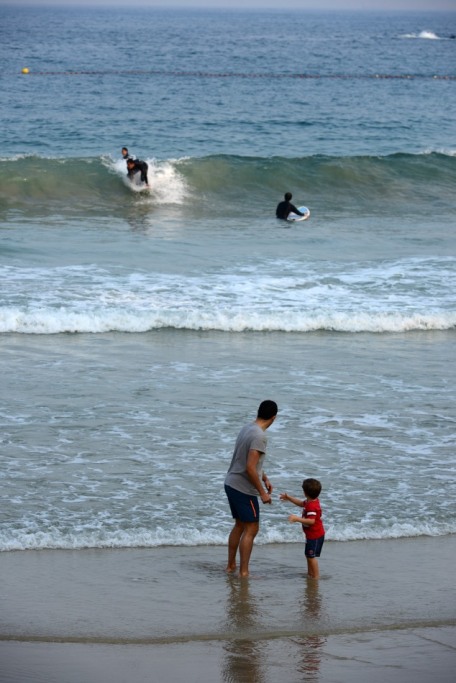 Paragliding in mid-air or surfing along the Big Wave Bay (Tai Long Wan) – people choose different ways to enjoy themselves outside the city centre. 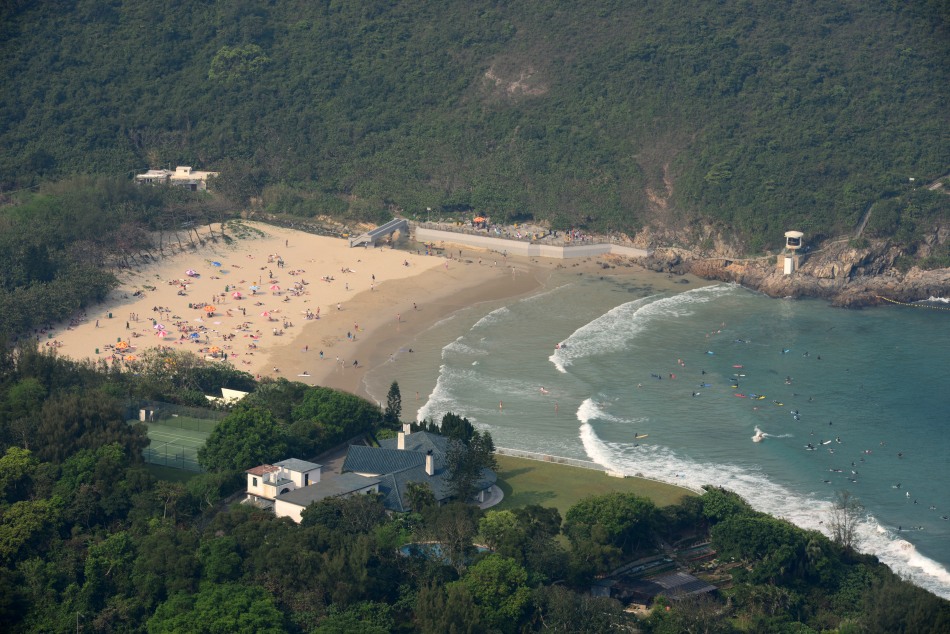 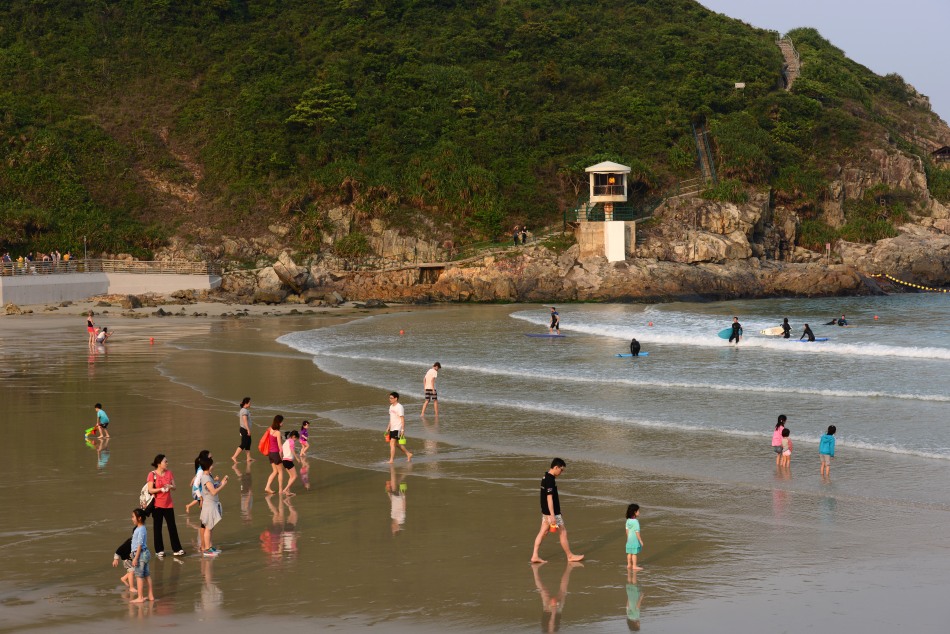 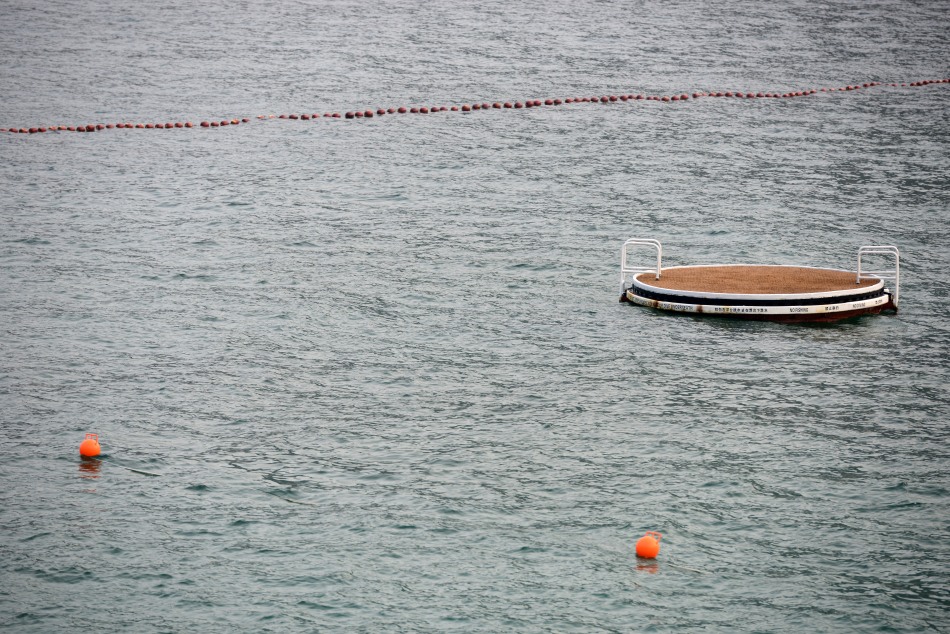 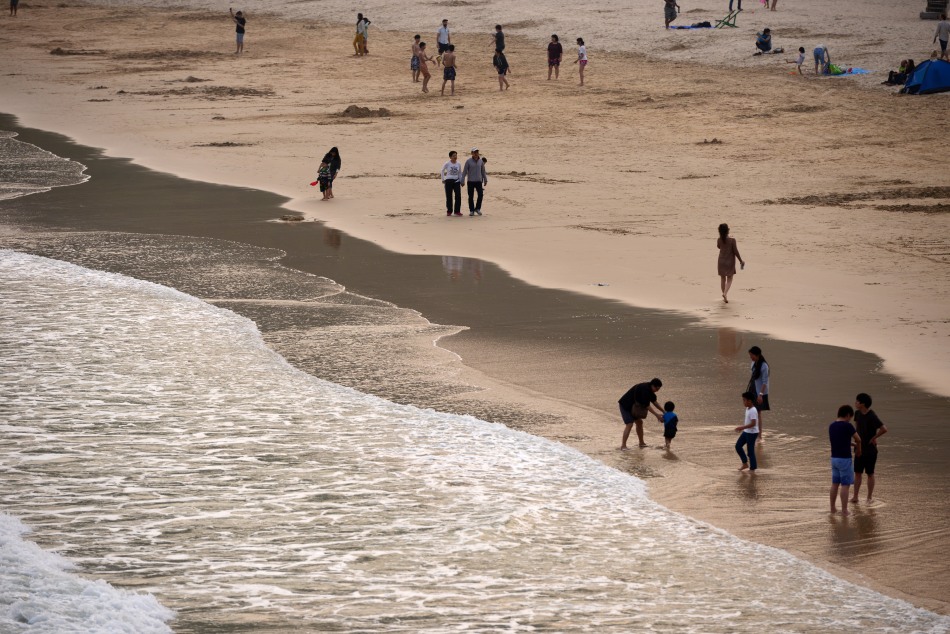 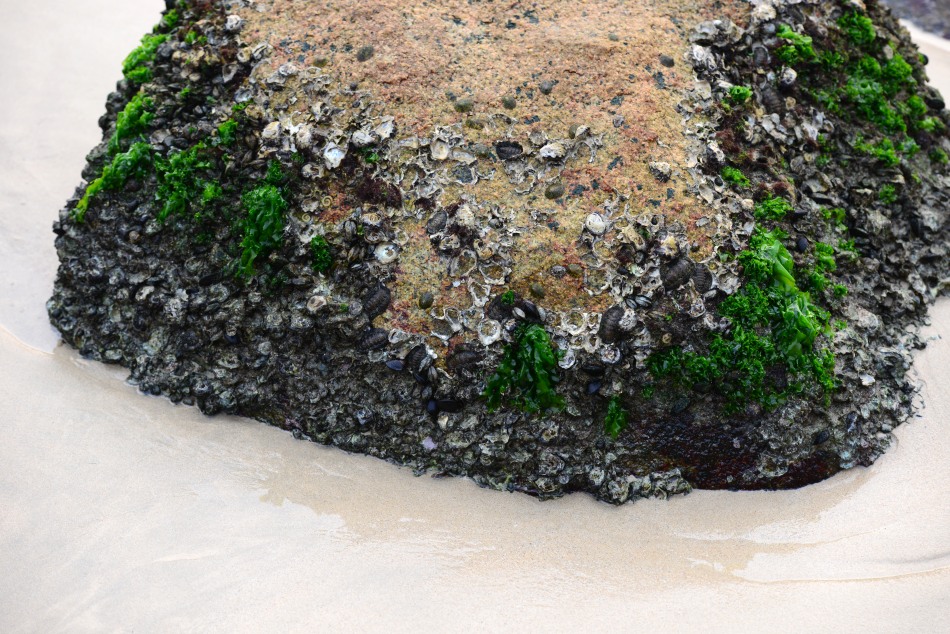 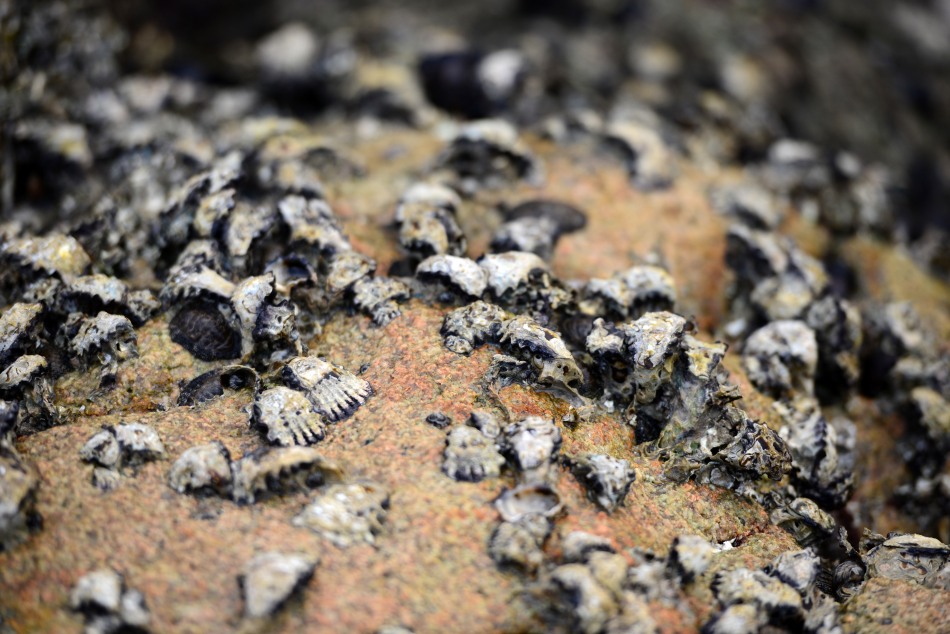