Just twenty minutes walk from High Island Reservoir East Dam (萬宜水庫東壩), Long Ke Wan is one of the favorite beaches in Hong Kong for many.  Facing east to Mirs Bay (大鵬灣) along with the four beaches of Big Wave Bay (大浪灣), Long Ke Wan’s (浪茄灣) hexagonal stone columns, white and powdery sand and unpolluted sea water make it a popular destination for beachgoers who make the effort to the eastern edge of Sai Kung Peninsula.  It is possible to reach Long Ke Wan from two different directions, both involve some degree of hiking.  The easiest is to hop on a taxi from Sai Kung town centre to the East Dam of High Island Reservoir, from there it is only a 20 minutes walk to the beach.  The other option is to take a village bus from Sai Kung town centre to Sai Wan Pavilion (西灣亭).  From the pavilion, it is a two-hour scenic hike to Long Ke Wan.  This walk covers part of the Section 2 of MacLehose Trail (麥理浩徑), from Sai Wan Shan (西灣山) to Long Ke Wan.  Atop Sai Wan Shan, the picturesque beaches of Big Wave Bay (大浪灣) down below with the mighty Sharp Peak (蚺蛇尖) as backdrop is truly one of the most iconic panoramas of Hong Kong’s natural beauty.

Much of coastal area from Long Ke Wan and High Island Reservoir East Dam all the way to the outlying islands south of the Sai Kung Peninsula are covered with polygonal stone columns.

Flanked both sides by lush green slopes and back against Tuk Ngu Shan (獨孤山), Long Ke Wan (浪茄灣) is a protected bay opened southeastwards to the South China Sea.

The beach of Long Ke Wan is decent in size, with fine sand and crystal clear water.

Many visitors come to the area by yachts or hired boats.

At the remote Long Ke Wan, there is no cafe or changing rooms.  All there is are natural scenery of a beautiful beach.

Many visitors set up tents on the sand.  There is also a popular camp site at the back of the beach. 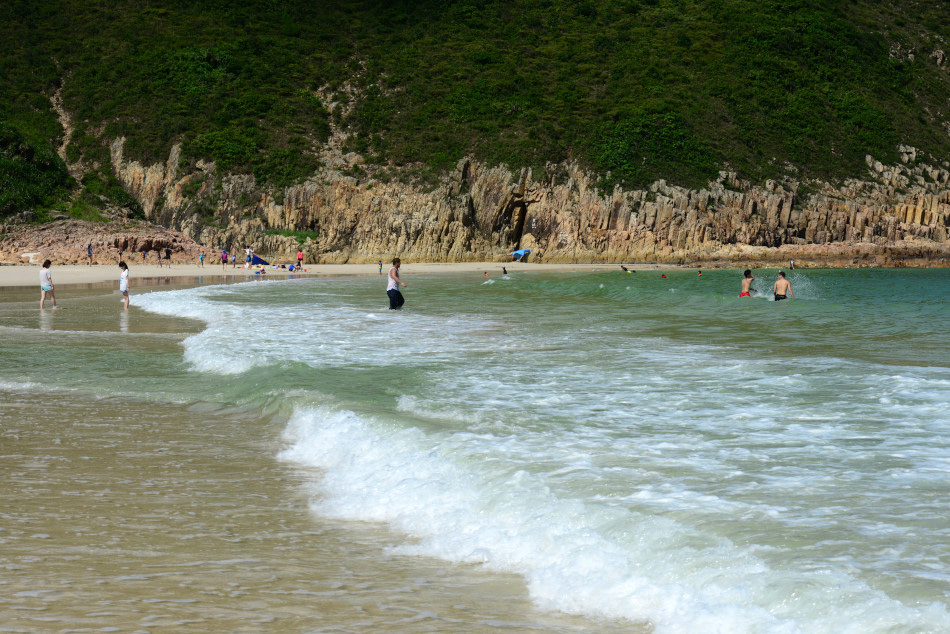 Unlike the beaches of Big Wave Bay where the waves can become quite strong, Long Ke is usually calmer.

During the summer months, the beach is very popular among young people.

Tidal pools can be found at the rocky areas at the side of beach. 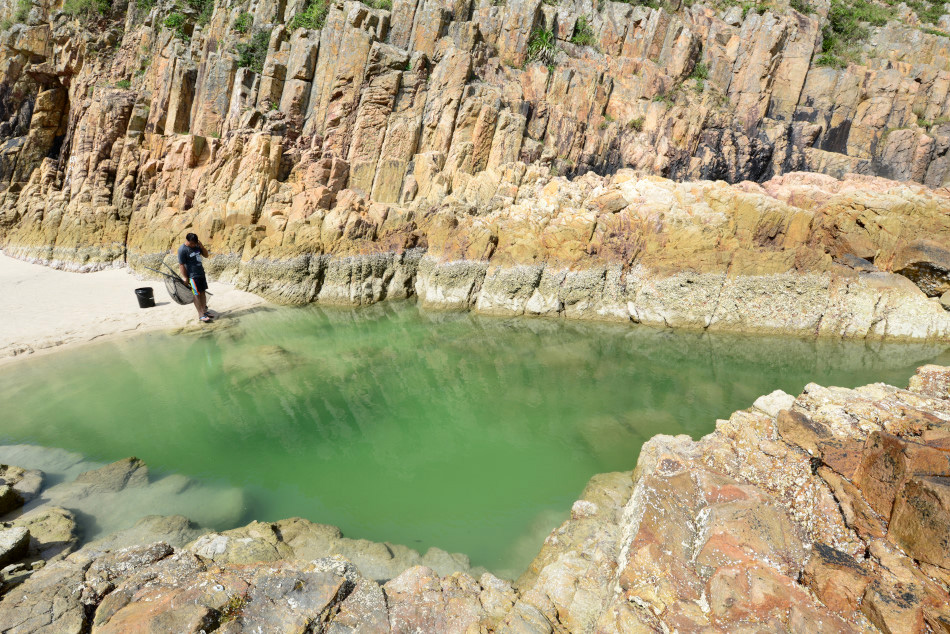 A visitor comes to test his luck at the tidal pool.

Walking north from Long Ke Wan to Sai Wan Shan (西灣山) along the MacLehose Trail (麥理浩徑), hikers can have another magnificent overview of Long Ke Wan from above. 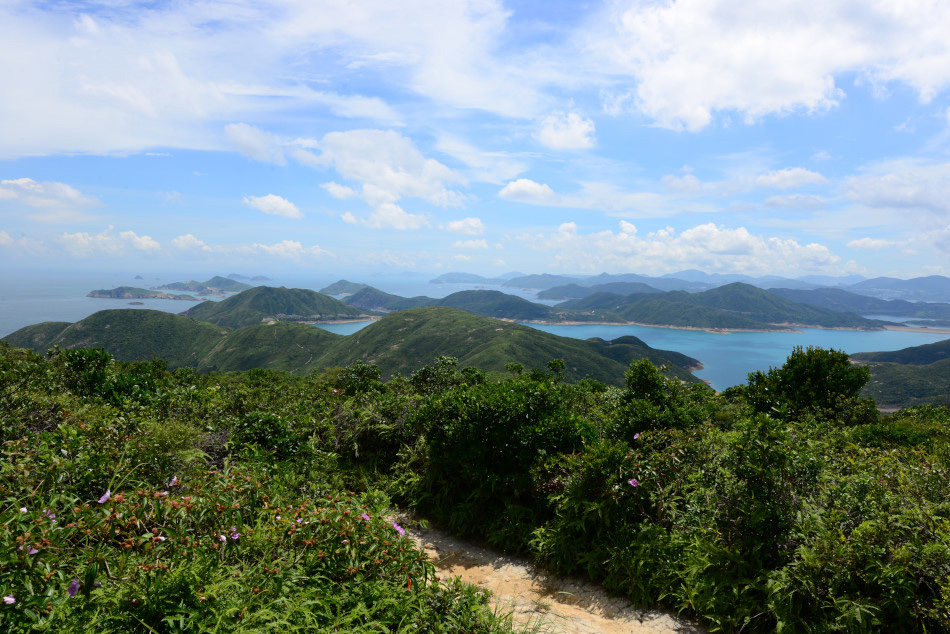 On Sai Wan Shan (西灣山), the view of High Island Reservoir and the outlying islands south of Sai Kung Peninsula makes one forget this is Hong Kong, one of the most densely populated city in the world.

Looking north from the top of Sai Wan Shan (西灣山), the scenery of Big Wave Bay beaches (大浪灣) and Sharp Peak (蚺蛇尖) is the icon of Hong Kong’s wilderness.

The trail then goes downhill from Sai Wan Shan to Chui Tung Au (吹筒坳), then winds along the north edge of High Island Reservoir towards Sai Wan Pavilion (西灣亭).

From the trail, visitors can see the West Dam of High Island Reservoir from distance.

From Sai Wan Pavilion (西灣亭), there is infrequent village buses return to the pier of Sai Kung town. 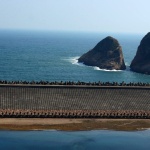 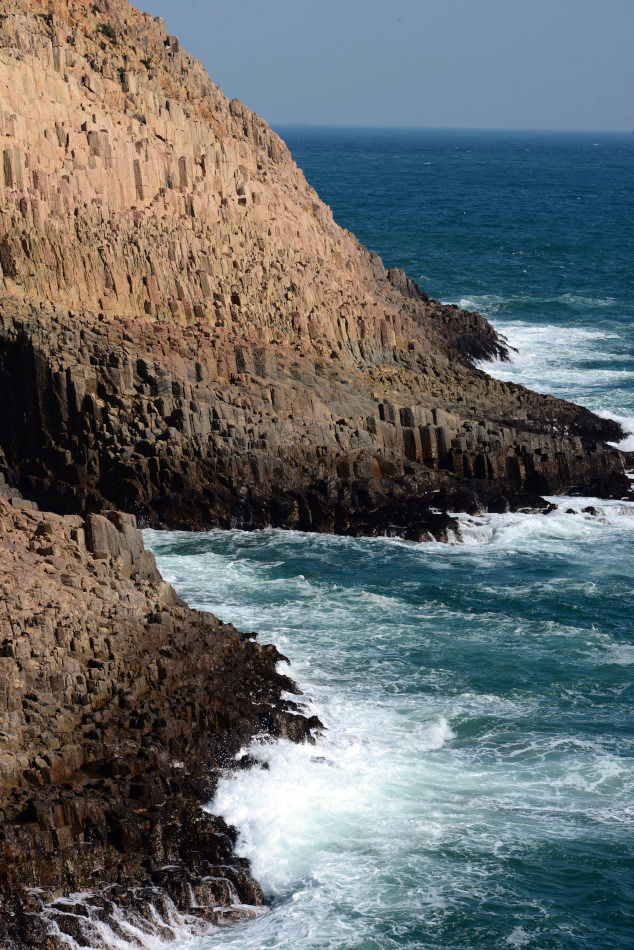 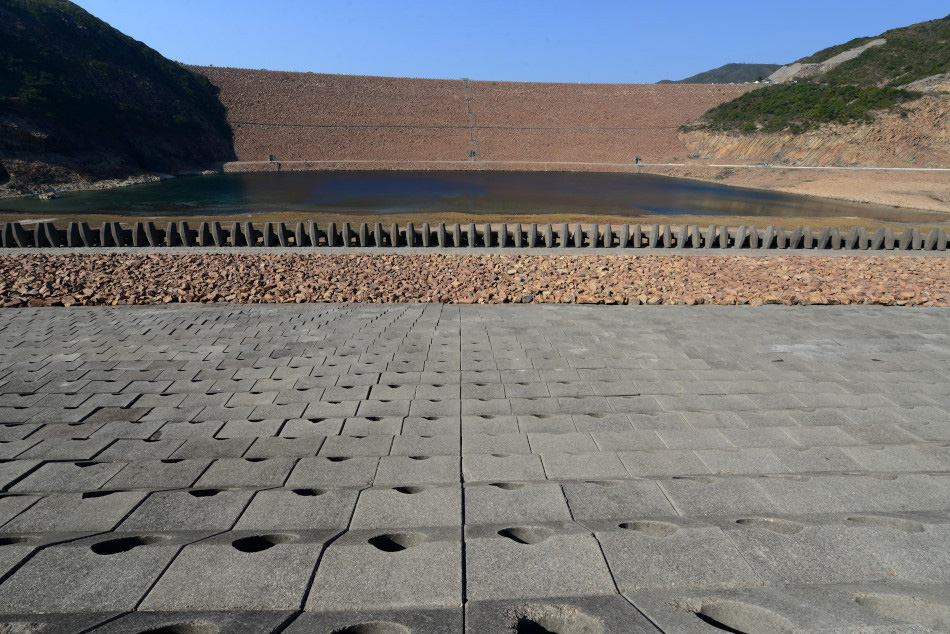 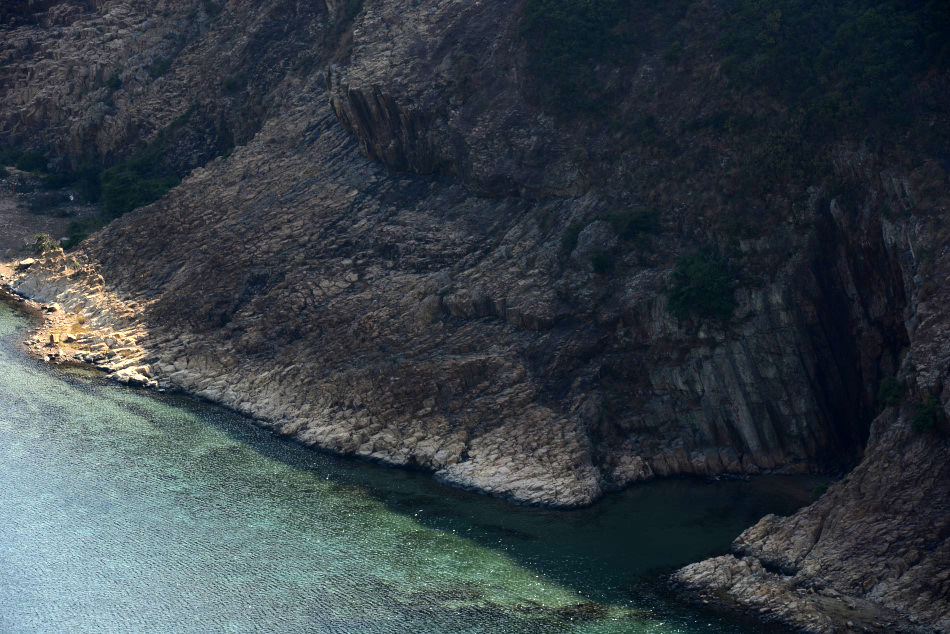 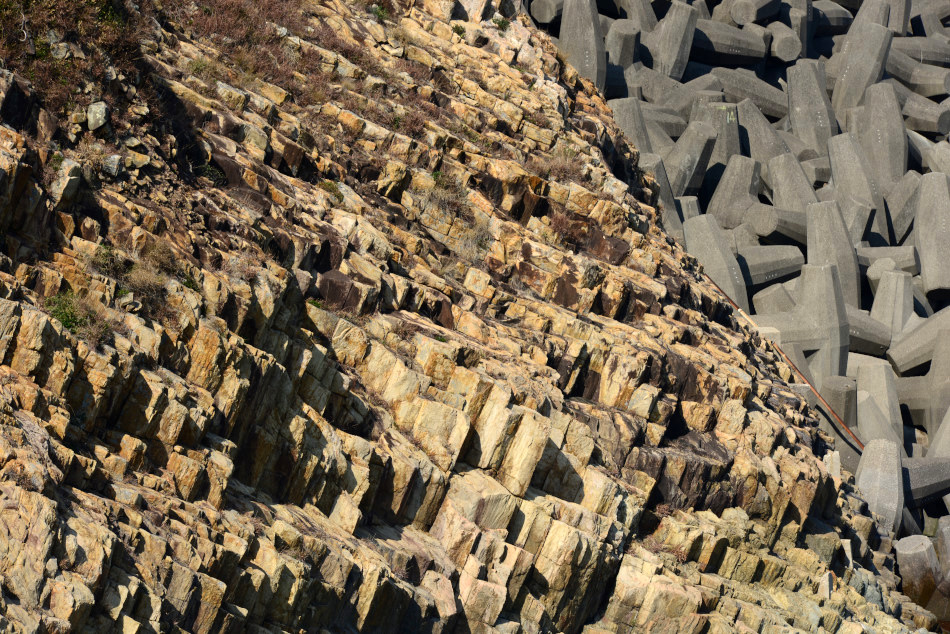 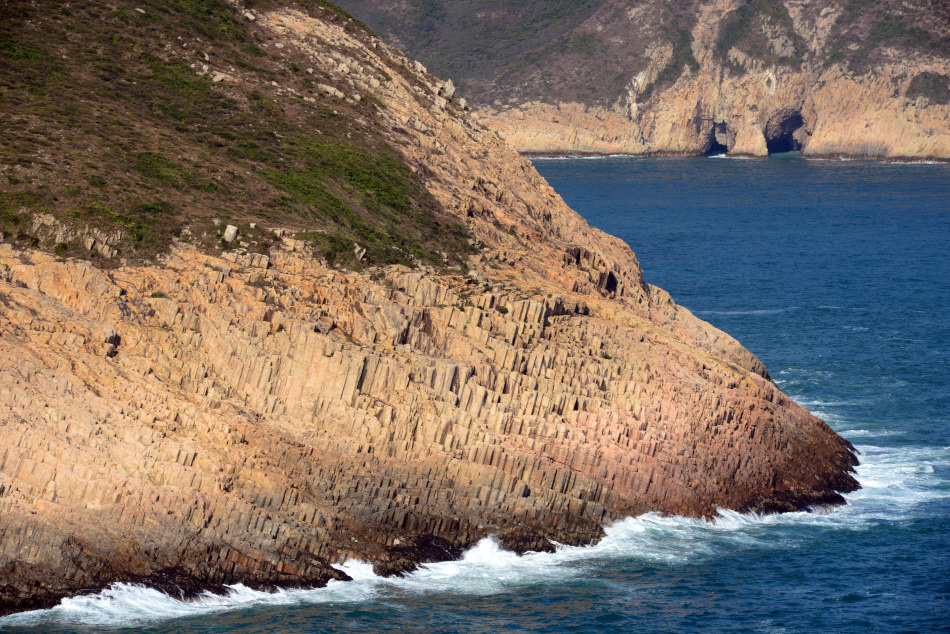