Centuries ago, pigeon droppings or manure was a valuable commodity in many parts of the world.  Since 5000 years ago, humans began to domesticate pigeons and collect their nitogen-rich manure.  Compared to manure from other farm animals, pigeon manure is considered to be much better quality for making fertilizer.  Some even suggest that places where domesticating pigeons was a common practice would lead to better agricultural development and ultimately more advanced societies.  Apart from providing manure for fertilizer, pigeons were also a source of food, entertainment and message carriers.  In Medieval times, the value for pigeon manure soared even higher as saltpetre from the manure was used to make gunpowder, while its ammonia was used for leather making.  In some cases, guards were even assigned to protect dovecotes from potential thieves.

From the earliest dovecotes in Egypt and Persia, the round and white columbarium of the Romans, to the distinctive pigeon towers across Europe, Asia and North Africa, dovecotes had been an integral part of village communities and a common type of vernacular architecture.  In Cappadocia, man made pigeon holes can be found from villages to river valleys.  Similar to other cave dwellings in the region, dovecotes were carved out from cliffs or rocks.  A short hike in the Pigeon Valley is the best way to take in the unique landscape, search for the pigeon holes, and imagine how humans and pigeons coexisted and being relied on each other throughout centuries.

Lying between the village of Uchisar and Goreme, the trail of Pigeon Valley is about 4km long. 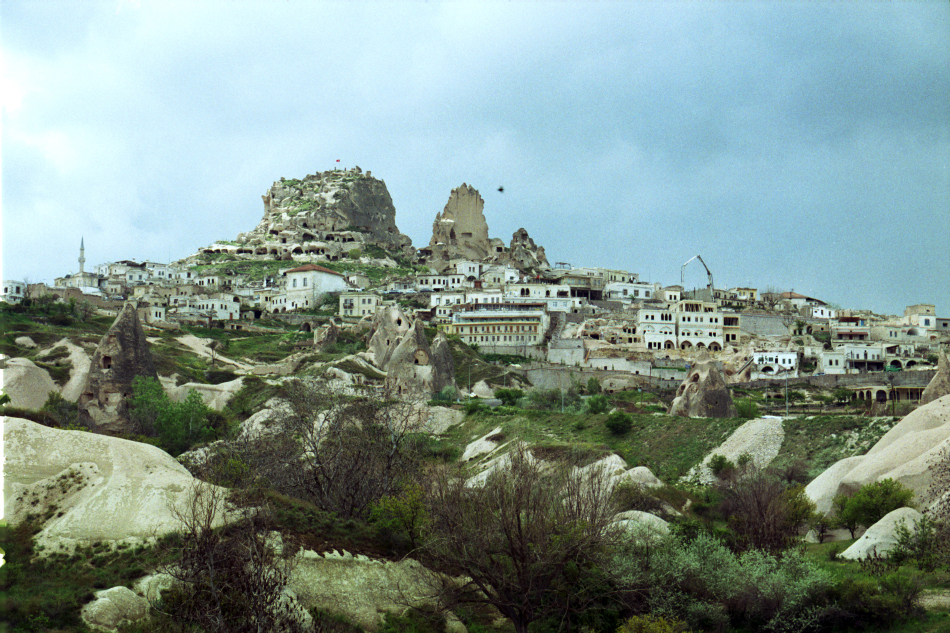 The fortress of Uchisar marks as the destination of the trail if one begins from Goreme.

The scenery of Pigeon Valley and the surrounding valleys was breathtaking whenever we arrived at a high lookout.

No fence and no signage, we had to rely on simple maps to find our way.

The valley floor was relatively lush green, with dovecotes and occasional small dwellings carved into the cliffs.

Rock cut dwellings in strange rock formations are everywhere in the valley.

Man made pigeon holes are found on many rock towers in Pigeon Valley.

Many dovecotes are no longer in use, although some local villagers continue to keep pigeons as pets.

Villages like Uchisar or Goreme is never far away from Pigeon Valley.

The Pigeon Valley hike is one of the most rewarding short walk near Goreme. 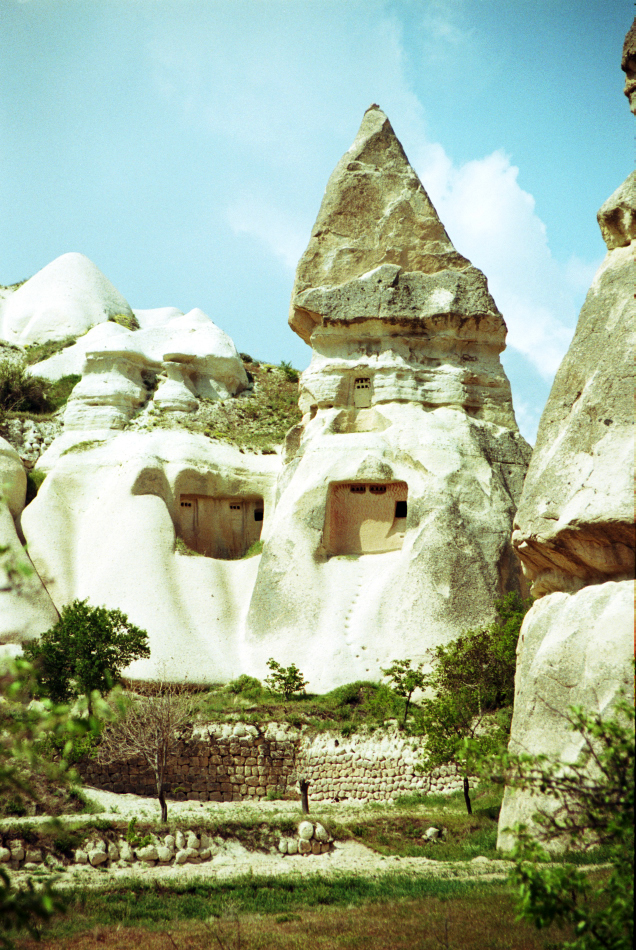 Spotting out the dovecotes as we walked in the valley was also an interesting pastime during the hike.