Throughout much of the 20th century, Hong Kong has undergone massive economic development and urban transformation, from a small trading port before WWII to one of the most successful industrial capitals in Asia in 1970s.   From 1980s on, most of the city’s manufacturing industries have moved to either China or elsewhere in Asia. Today, large numbers of industrial buildings that once housed almost half of Hong Kong’s work force have been given a “second life” and converted into various spaces for light manufacturing, creative industries, storage facilities, or small offices for all kinds of businesses.  JCCAC in Shek Kip Mei is a recent example of adaptive reuse of former industrial building in Kowloon, Hong Kong.

Opened in 2008, Jockey Club Creative Arts Centre (JCCAC) is a “multi-disciplinary arts village and art centre”, providing affordable studios and exhibition facilities for the art and design community.  The centre welcomes the public to visit the shops, studios and café within the complex 7 days a week.  From time to time, JCCAC would host shows and design fairs to further engage the public and the immediate neighborhood.

I visited JCCAC during its annual handicraft fair. Much of the ground floor atrium was turned into a market fair, while many studios on the upper floors had their handicraft shops open to the public.  The open roof was animated by various activities.  At one corner, a patio was packed with stalls selling vintage clothing, housewares and books.  At the other corner people were lining up for henna art.  On the wall adjacent to the main stair was a photo exhibition with the theme on local community.   A local band brought in live music to create an upbeat atmosphere.  Looking out from the roof parapet, layers upon layers of apartment blocks seemed never ending.   Recent effort by the housing department to upgrade or redevelop the old housing estates in Kowloon was clearly visible from the vivid new paint colours on the apartment facades, planters with local flora, and new green roof design. 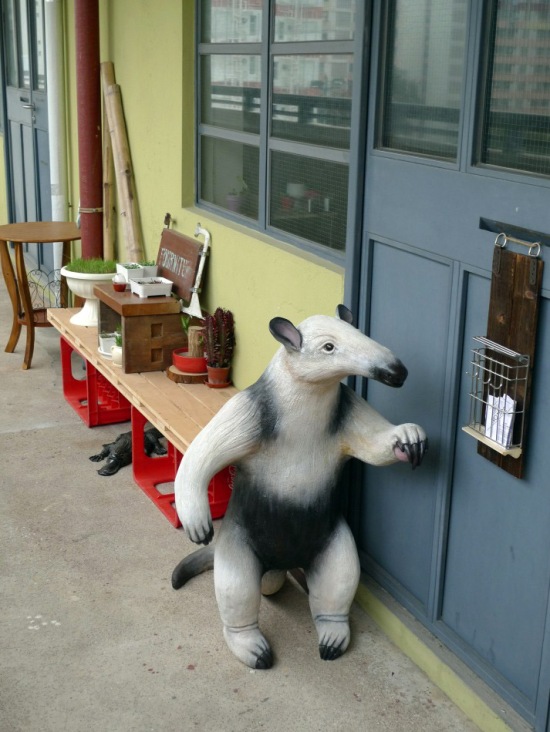 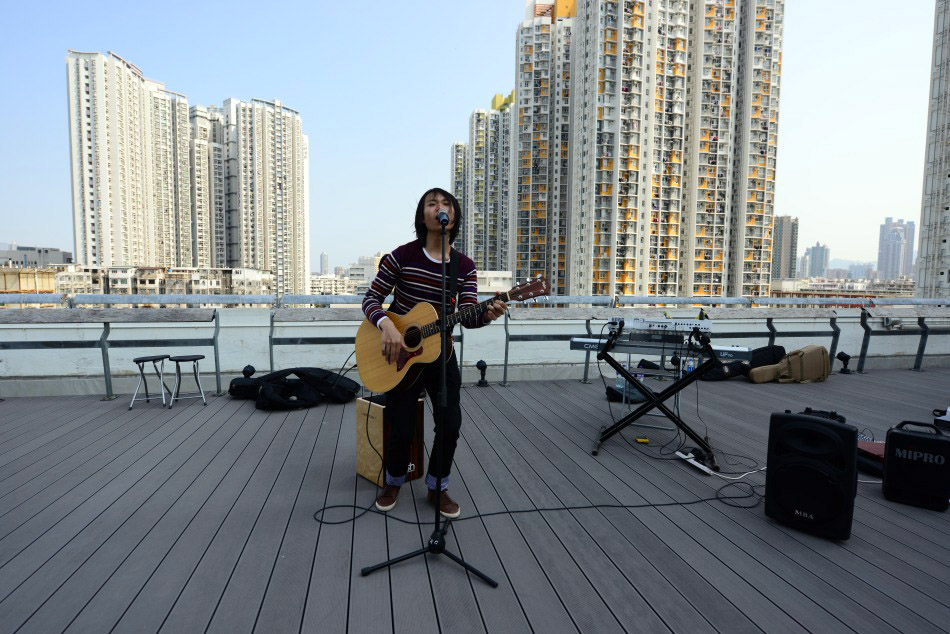