At 09:30 we joined a local bus tour organized by a company called Greenline.  The first stop was the famous underground cities of Derinkuyu.  With 11 levels and roughly 85m at its deepest, Derinkuyu is the deepest underground city in the region.  The guide explained that since the Hatti and Hittite period, inhabitants of Cappadocia had recognized the unique properties of the region’s volcanic rock and began to dig and carve out rock-cut structures.  Underground cities were developed over many generations and expanded to their greatest extent during the Byzantine era.  Inhabitants sometimes were forced to stay underground for months during wartime.  Ventilation shafts, food storage, kitchens, churches and other essential amenities were found in the sophisticated sub-terrain network.

After Derinkuyu, the tour moved on to an 1.5 hour hike in Ihlara Valley, a lush green river gorge with some rock-cut churches and pigeon holes carved out on the cliff at both sides.  At the end of the hike, we visited a cave church, and then headed our way to a local restaurant for lunch.  After lunch, we arrived at the village of Yaprakhisar, which is often mistakenly claimed as the filming site of one of the Star Wars movies.  Whether it was part of a Hollywood film set or not really makes no difference.  The scenery of Yaprakhisar was phenomenal: local women and children in colourful clothing, shepherds and their herds of sheep, historical stone houses, cave dwellings and bizarre looking rock formations.  Not sure about the others, but for me it did somehow resonate with my imagination of the landscape of a strange planet in a galaxy far far away.

A herd of sheep and their shepherds crossed our path as we entered Ihlara Valley.

We followed the herd for a little while before turning into the valley.

We entered Ihlara Valley from the high point and gradually walked down.

Other than shepherds, we hardly saw any visitors in the valley.

For most of the short hike we were walking along the river.

We stopped by a sleepy village for lunch. 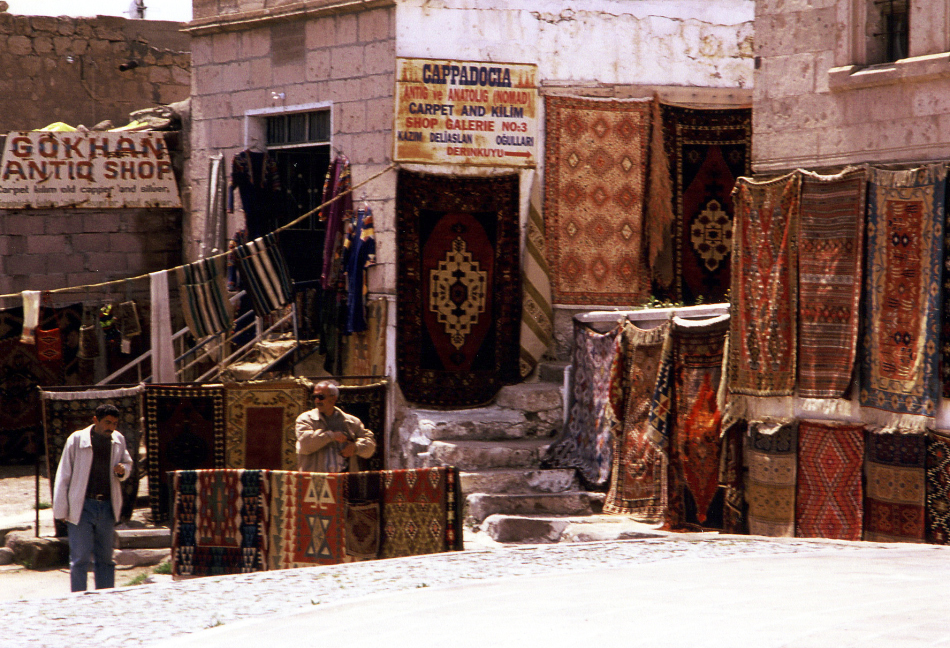 Perhaps due to tourism in the area, even a small village had some decent carpet vendors.

The village of Yaprakhisar offers us a peek into the peaceful rural life with a dramatic  backdrop. 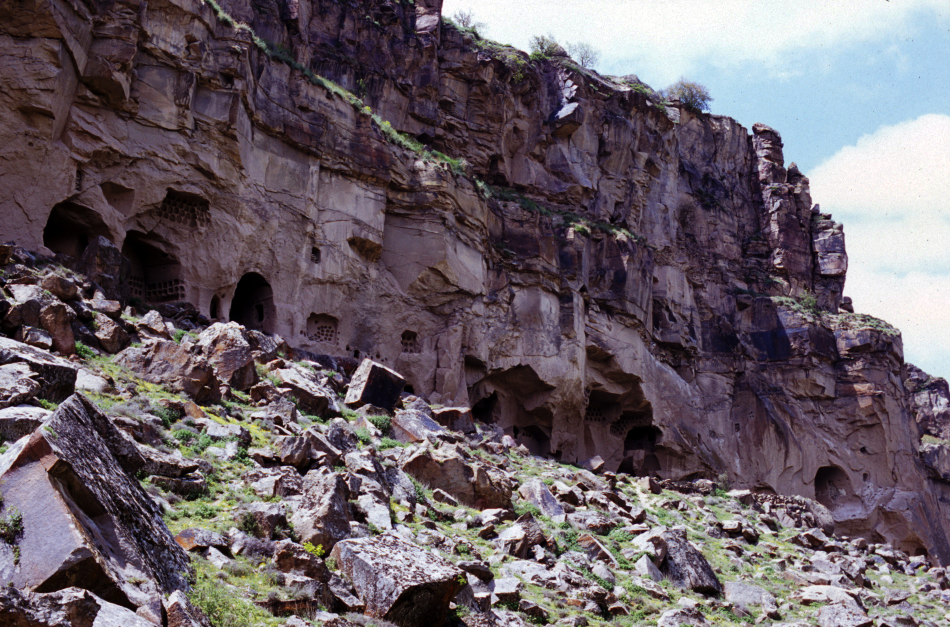 Pigeon holes can be found on cliffs in Yaprakhisar.

The bizarre landscape in the surrounding is what makes Yaprakhisar famous. 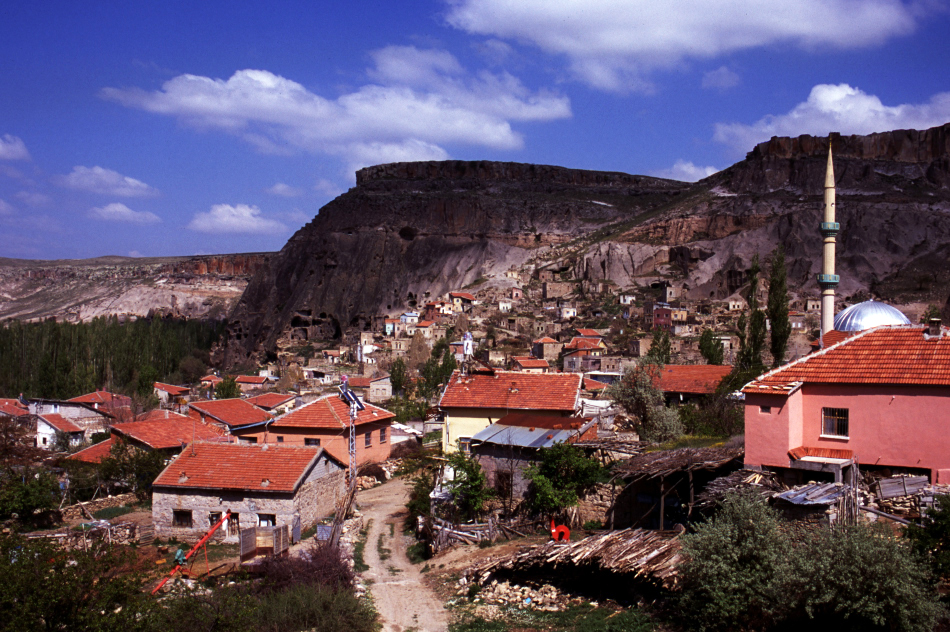 With or without the unique rock formations, Yaprakhisar is a picturesque little hillside village.

Dramatic rock formations tower up the sky along the perimeter of the village. 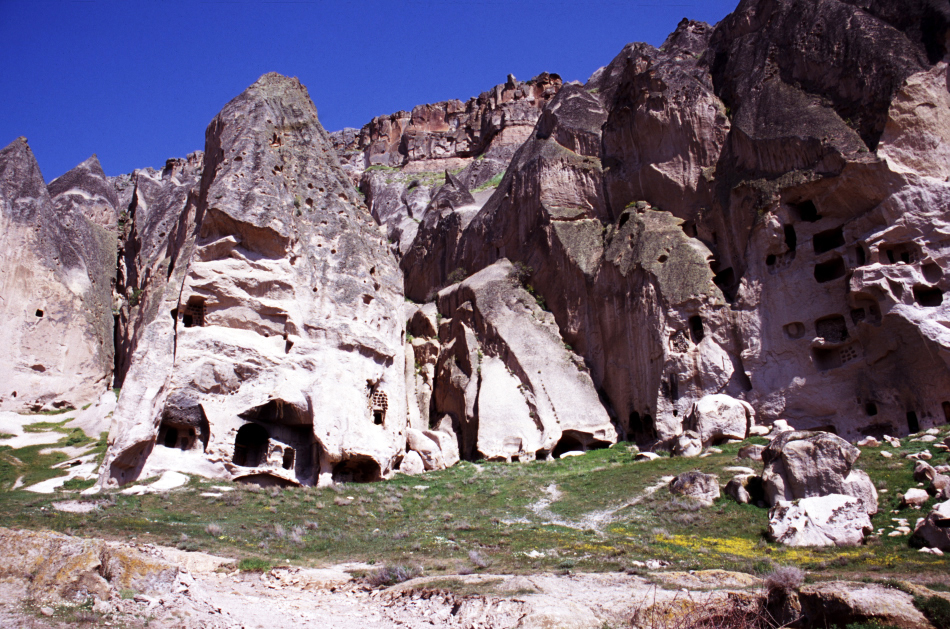 For centuries, caves and pigeon holes were carved out from the cliffs of Yaprakhisar. 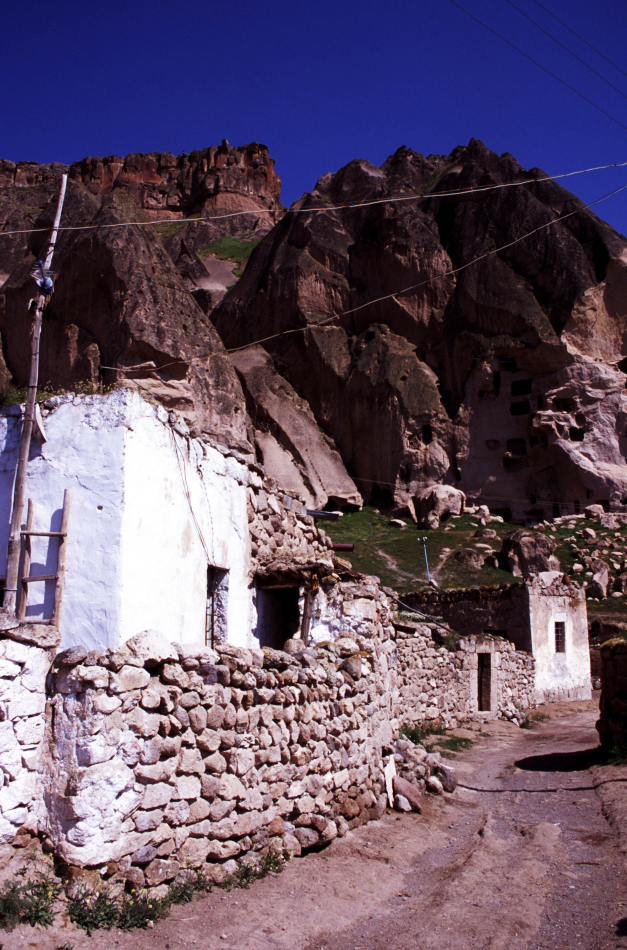 We had a brief moment walking around the peaceful village. 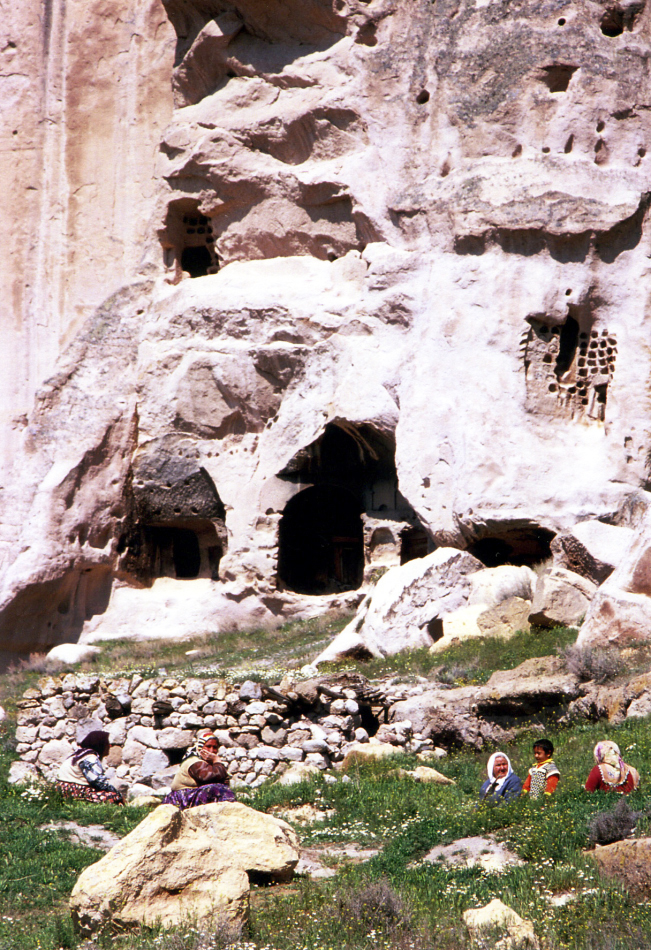 A brief encounter with the locals on the slope was definitely the highlight experience. 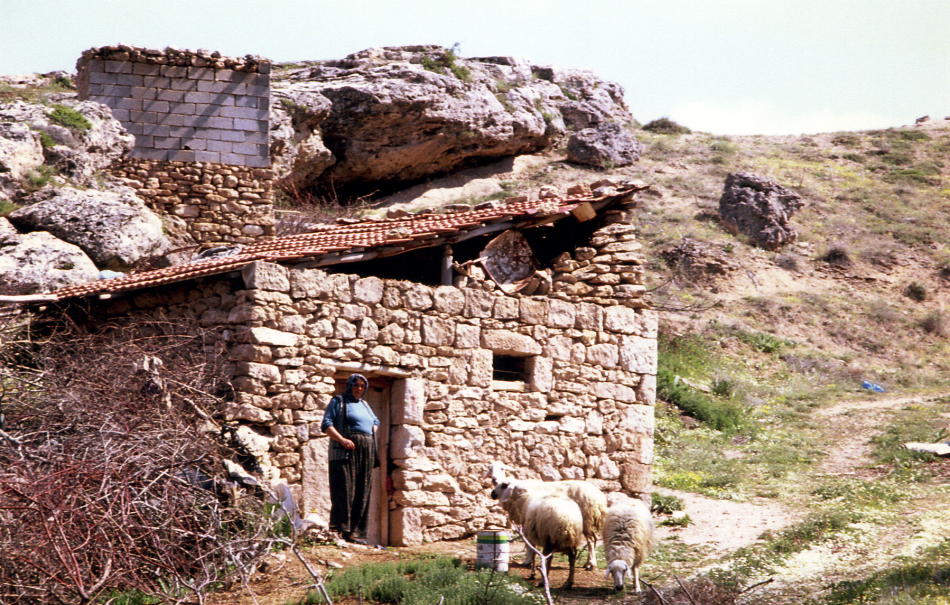 Despite we didn’t speak the language, we could feel the friendliness and peacefulness of the villagers. 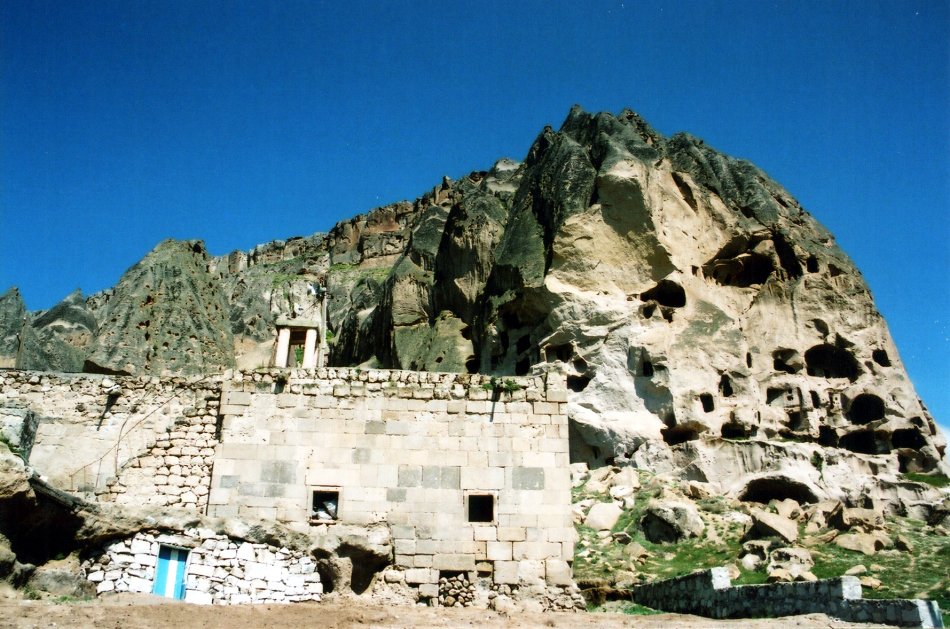 Unlike Goreme or other touristy villages in Cappadoica, Yaprakhisar offered us a glimpse of the rural life of the locals.