MIDDLE EAST 2006: A Travel Recollection in the Time of Pandemic 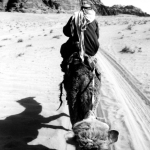 Once-in-a-century pandemic has brought international travel to a complete halt.  With the pandemic still raging in many parts of the world, it is unrealistic to plan for new travel anytime soon.  As a result, we will take this opportunity to share some of our past travel experiences that predate this blog.  The pandemic compels us to cherish our travel memories more than ever, and acknowledge that we should never take things for granted especially in turbulent times.  The first travel memory we are going to write about is a 40-day journey through the Middle East from Turkey to Egypt via Syria and Jordan.  In the recent decade, the Middle East has gone through drastic changes after the Arab Spring movement in early 2010’s and the rise of Isis, particularly for Syria where the ongoing civil war has displaced over 10 million and killed about half a million of Syrians in the past 9 years.  Places visited and people encountered may no longer exist, but they live long in our memories.

In spring 2006, I and five other friends embarked on the 40-day journey from Toronto, Canada.  We first flew to Athens via Zurich, and then landed in Istanbul on 29th of April.  We spent 11 days in Turkey, visiting the splendid architecture of Istanbul and Edirne, archaeological sites of Bergama and Ephesus, and natural wonders of Pamukkale and Cappadocia, before crossing the border at Antakya into Syria.  We spent a week traveling from Aleppo to Damascus, visiting Crusader castles and archaeological sites near Hama, Palmyra, Bosra and Maalula along the way.  From Damascus, we hired a taxi to Amman in Jordan, where we stayed for 8 days.  While Petra was our main focus in Jordan, we did manage to visit classical ruins and medieval castles, the Dead Sea, Wadi Rum Desert, and Aqaba diving resort.   Then on 25th of May, we hopped on a ferry to cross the Gulf of Aqaba for Sinai Peninsula.  In Egypt, we spent the remaining week to visit the diving town of Dahab, hike the sacred Mount Sinai, admire the pyramids in Saqqara, Dahshur and Giza, and the mosques and Coptic churches in Cairo, and finally ventured out into the far western end near the Libyan border for Siwa Oasis and the Great Sand Sea of the Western Desert.

Back then, I didn’t have a DSLR or smart phone, but traveled with a Nikon FM2 and 50+ rolls of films, including some Fuji Velvia (slide positives) and Ilford Delta (B&W negatives).  Number of shots were limited and low light photography was restricted by the film ISO and the availability of a flat surface to place the camera.  Yet, the photos’ film grains and occasional blurry effects due to hand movements somehow provoke a unique mood and vaguely remind me each distinct moment when I released the shutter.  Each shot has no second take or immediate image editing.  Compared to the multi gigabytes stored in memory cards, the slides and negatives of the Middle East trip are much more tangible as if one-of-a-kind souvenir from the trip.  Scanning the films afterwards made me to spend a whole lot more time on each photo, and sometimes led me to rediscover bits and pieces of forgotten travel memories.

The 40-day Middle East trip in 2006 remains as one of my most memorable travel experiences to date.

The first time seeing the great architecture of ancient Constantinople was like a dream come true to me.

It was hard to perceive that all the ancient architecture in Turkey were maintained by generations after generations of craftsmen throughout the centuries.

The old Ottoman houses of Istanbul provoke a sense of melancholy that can only be found in the works of Turkish writer Orhan Pamuk.

With the otherworldly landscape, hiking in Cappadocia was fun and felt like walking on another planet.

In the past decade, reading the news about how Syrians have suffered and learning about so many cultural heritage, including the Aleppo Citadel, have been destroyed or badly damaged was really upsetting. 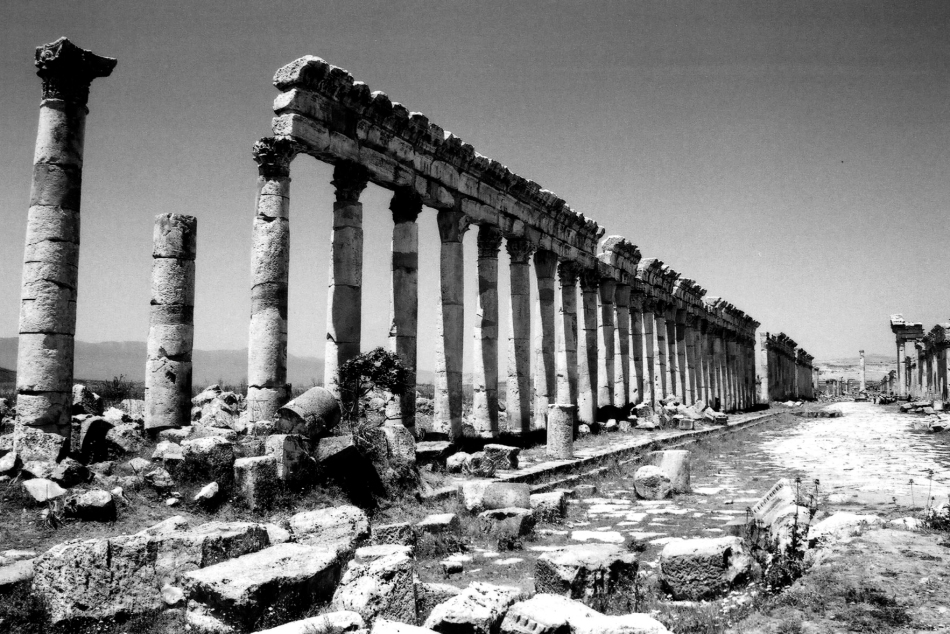 Archaeological sites in Syria like Palmyra and Apamea (pictures above) has become venues for frequent looting and destruction under the Isis.

10 million people have been displaced by the Syrian Civil War.  Cities like Hama, the city famous for its ancient norias, has been standing in the forefront between the rebels and the government force. 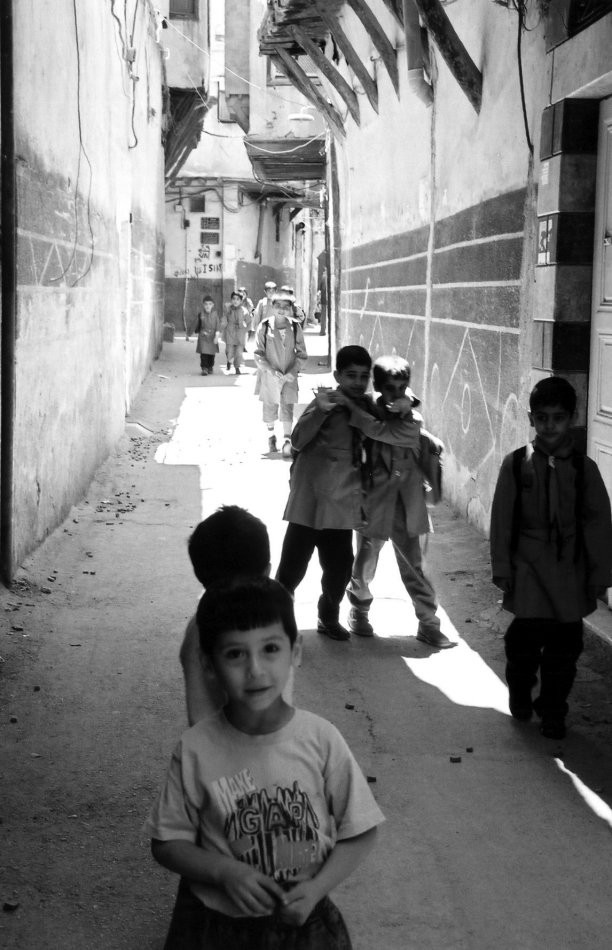 I have encountered so many innocent Syrian children, including these school kids in Damascus, back in 2006.  No one would have foreseen the brutal civil war coming in a few years’ time. 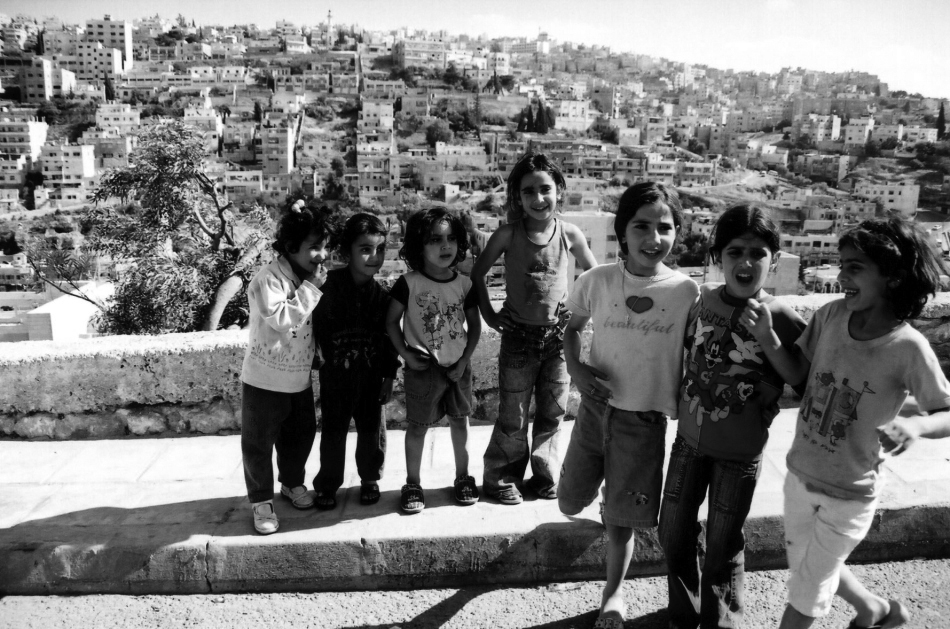 Compared to the Syrians who are still going through the civil war, the Jordanian children that I’ve met in Amman  during the trip have been much more fortunate. 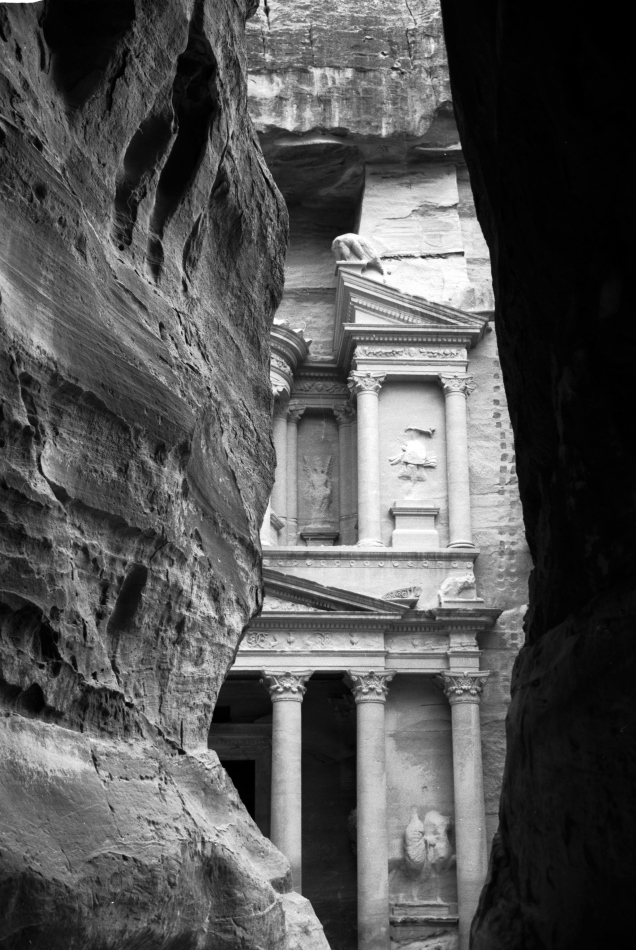 Every time meandering through the Siq, the narrow gorge that leads into the ancient Nabatean city of Petra, and approaching the Treasury was like going into an Indiana Jones movie.

Riding a camel in Wadi Rum Desert offered every visitors a chance to feel like being Lawrence of Arabia.

I would never forget hiking the pilgrim route up Mount Sinai at 2am in complete darkness, standing at the summit in bone-chilling wind, and watching one of the most anticipated sunrises in my life.

Getting lost in the chaotic Islamic Cairo would be so much fun if not the scorching heat.

Venturing out to the remote Siwa Oasis on my own was one of the most adventurous event in my travels.

Heading out from Siwa into the Great Sand Sea gave me the perfect Sahara moments: doing rollercoaster Jeep rides up and down the dunes, watching sunset over the undulating desert horizon, and sleeping under the Milky Way in the open desert.