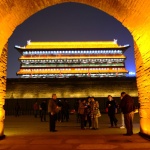 We chose the historical city wall to end our visit of Xian.  Constructed upon an earlier imperial fortification network of the Tang Dynasty, the First Emperor of Ming Dynasty, Hongwu (洪武), erected the 14km city wall in the 14th century.  Today, this Ming city wall has become one of the most well preserved of its kind in China.  Our taxi dropped us off at the West Gate, also known as Andingmen (安定門).  There was a belt of public park running along the city wall where the locals engaged in all kinds of activities from dancing to playing badminton.  After walking around the area for several minutes we finally found the ticket office and the stair going up to the city wall.  Up on the wall we reached another network of public space where people strolled and cycled.  Against the background of the cloudy sky and charcoal grey bricks, rows of crimson lanterns began to lit up as we walked towards the South Gate Yongningmen (永寧門).  It turned out to be less than an hour of leisure stroll.  Our two friends opted for cycling to complete the journey, while we chose to take our time to walk, take photos, and watch the city below gradually lit up.

Dusk had fallen upon Xian as we began our walk from Andingmen (安定門). 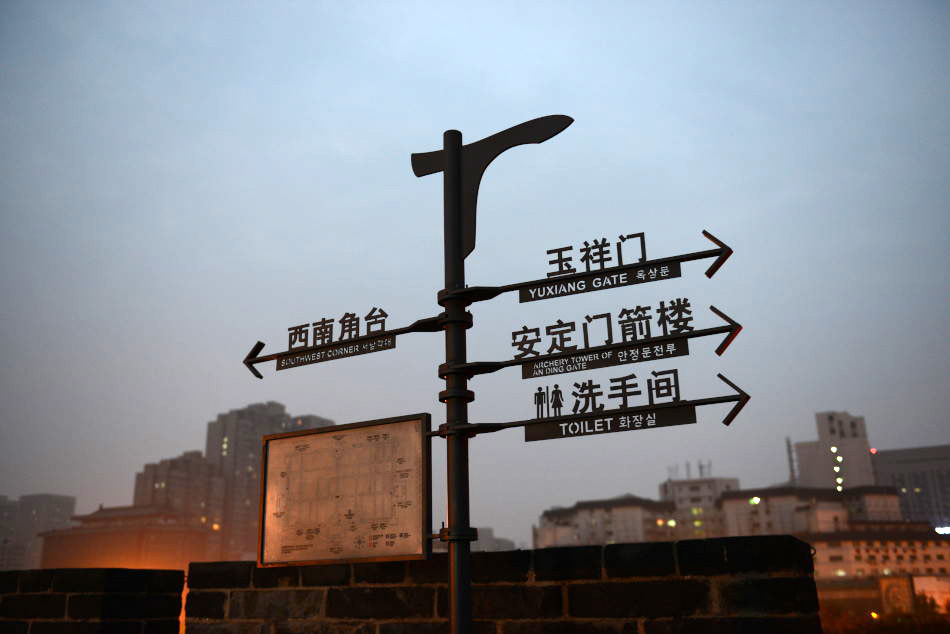 Xian city wall is a popular for cyclists.

Vivid lighting and red lanterns turned the city wall into a focal point of Xian at night. 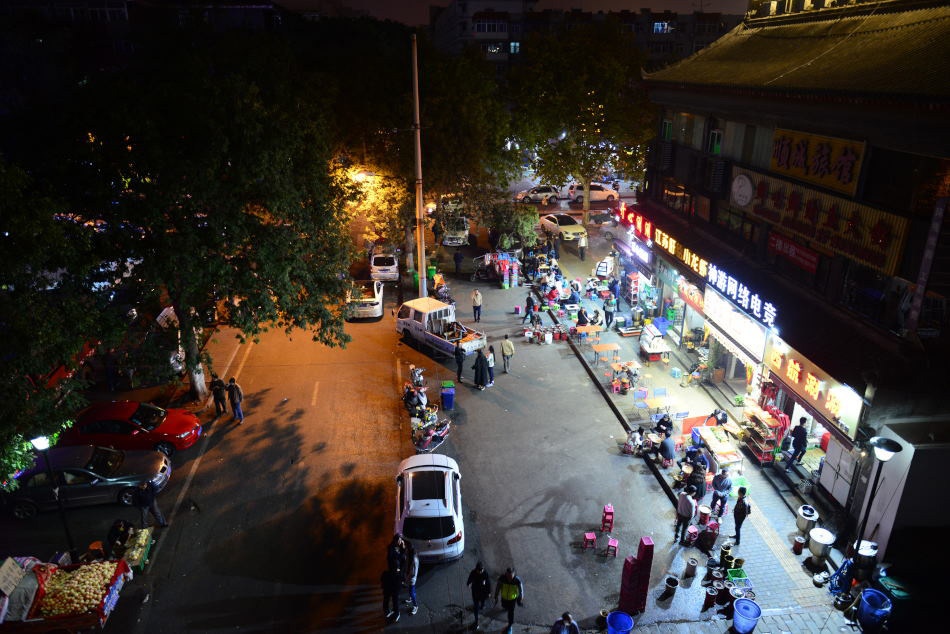 It was interesting to watch the busy street scenes as we walked. 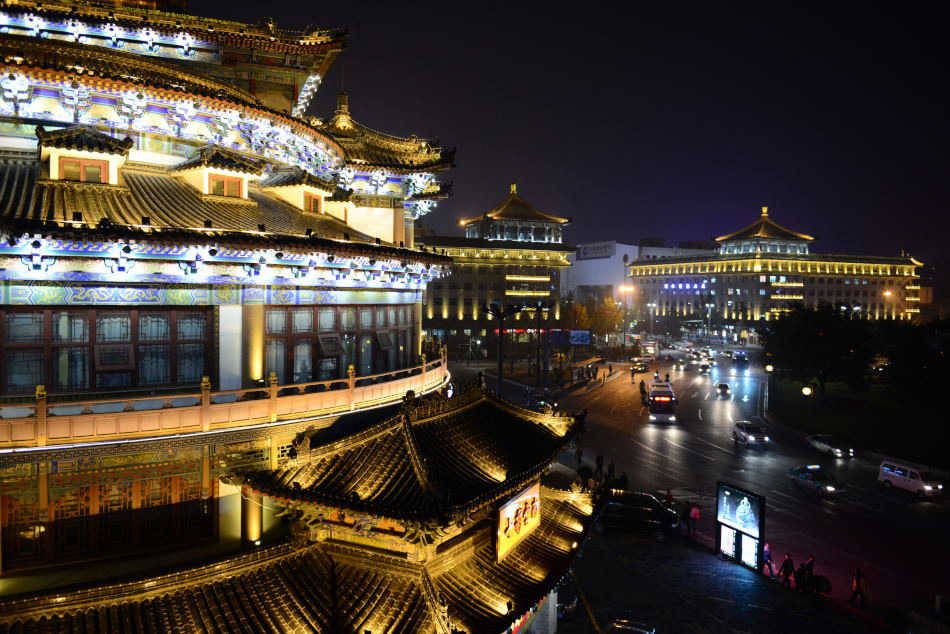 Traditional architectural style is still commonly used for restaurants and hotels in Xian.

After slightly less than an hour of walk, we finally reached the archery tower of the South Gate Yongningmen (永寧門).

Man played with his kid in front of the flood light of the Archery Tower . 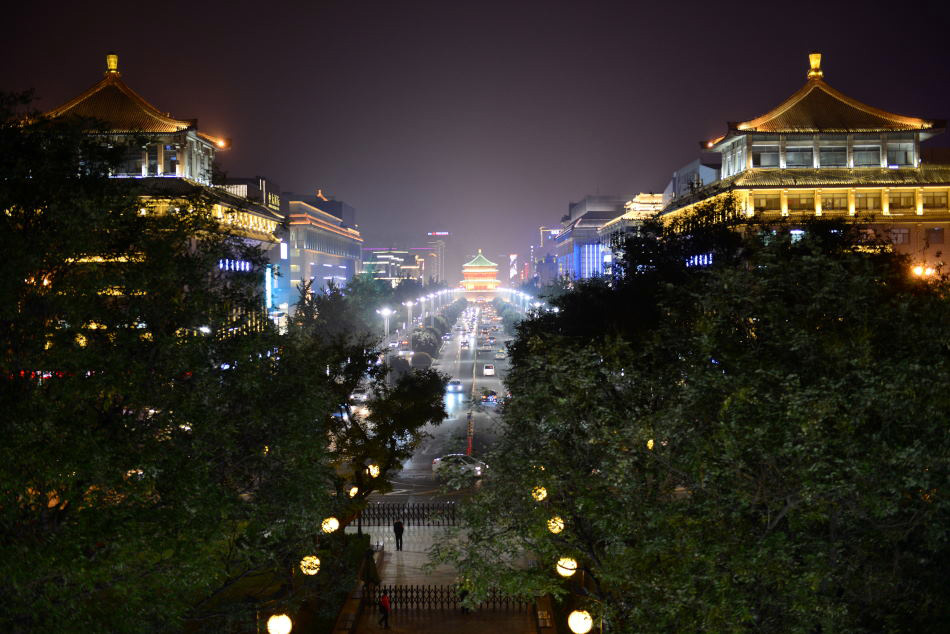 The South Gate Yongningmen (永寧門) is perfectly aligned with the Bell Tower.

Closer up of the Archery Tower of the South Gate Yongningmen (永寧門). 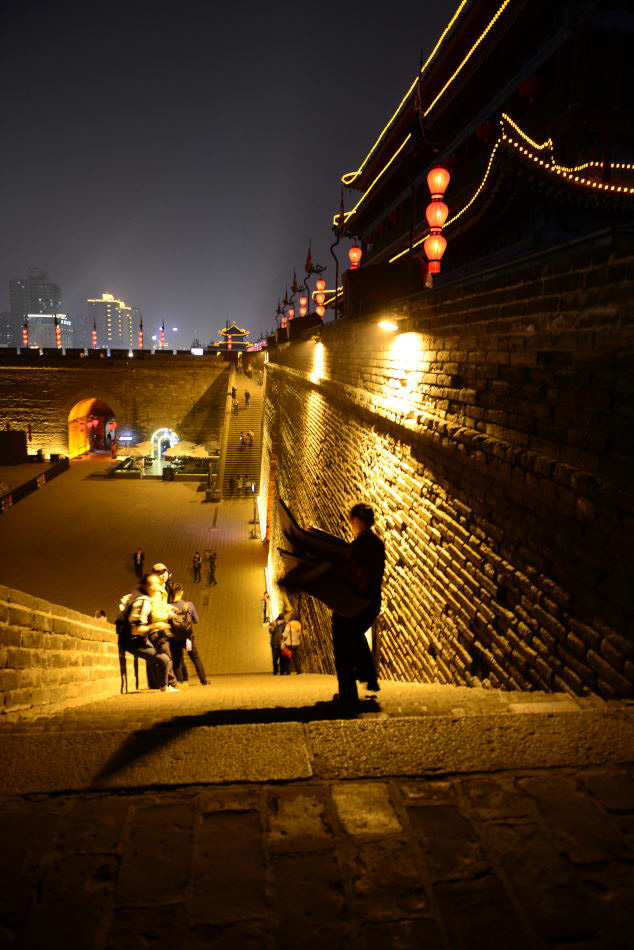 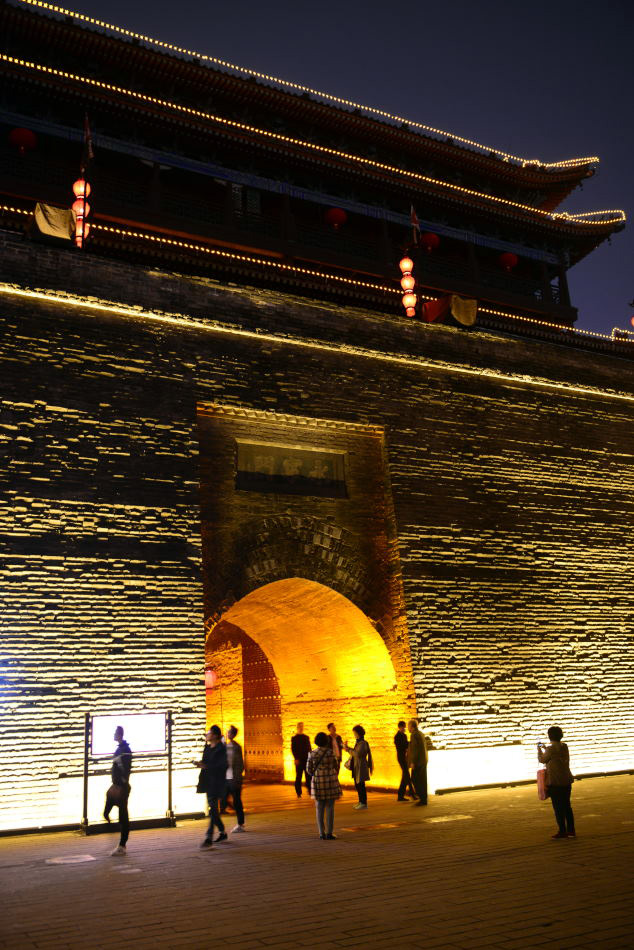 Looking back at the Archery Tower from the South Gate Yongningmen (永寧門). 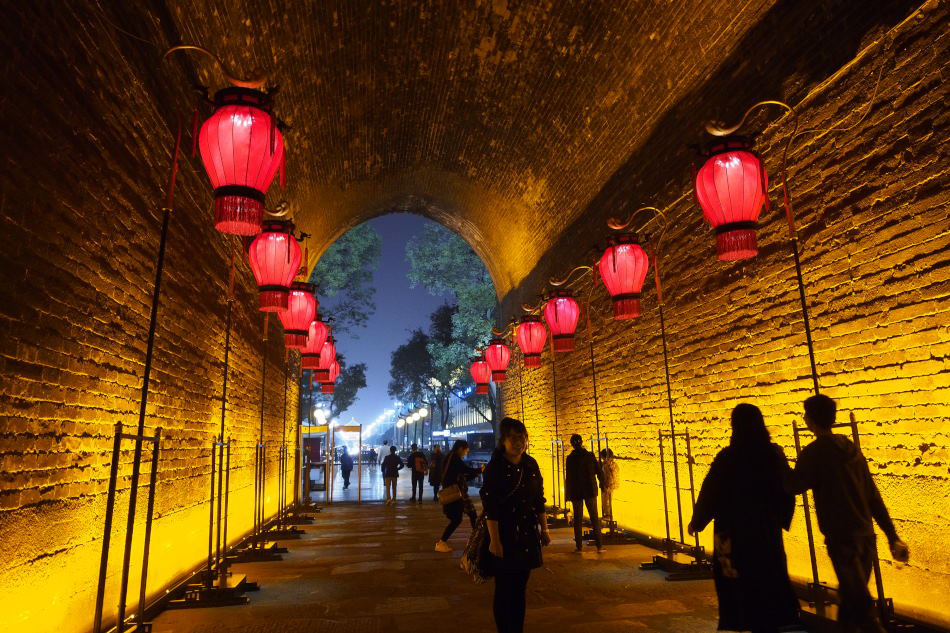 We walked through the South Gate Yongningmen (永寧門) to enter the city centre.  We ended up having a fast food dinner and finished the day early.  We needed time to pack our stuff and get ready for our morning flight the next day to Jiuzhaigou (九寨沟).