When most people hear Akihabara (秋葉原) they would immediately think of electronic shops.  One railway stop to its north, Okachimachi (御徒町) is known for its wholesale stores selling jewelry and ornaments.  Since 2010, between the two stations emerged a new hotspot dedicated to everything that is made by the artisan hands.  Situated under the railway viaduct, this hidden gem offers an alternative shopping scene for anyone who admires the skillful hands of devoted Japanese craftsmen.  Merchandises range from umbrellas, shoes, housewares, jewelry, leather products, naturally dyed clothing, artworks, souvenirs, etc.  The name “2k540” is a reference in railway’s terms, which refers to the 2.54km distance from Tokyo Station.  “Aki-Oka” refers to Akihabara and Okachimachi, indicating the craft market is situated between the two stations.

At the underside of a railway viaduct, the entrance to the “market street” 2k540 expresses a community friendly and low-key atmosphere.

The logo of “2k540 Aki-Oka Artisan” is painted like a road mark on the asphalt floor.

The pre-existing structure and the shop buildings on the market street of 2k540 are painted in white, revealing a coherent environment. 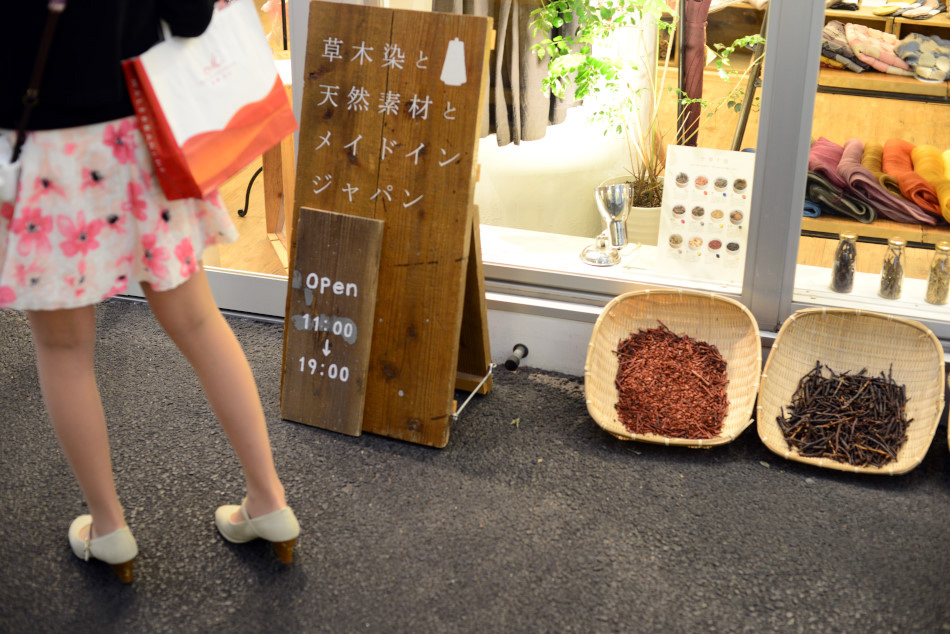 One of the shops at 2k540 manufactures clothing with dyes from the natural world, such as sakura flowers.

Natural light spills in from the gap above the stores and the artificial uplights at the column bases create a poetic atmosphere as if walking in the nave of a cathedral. 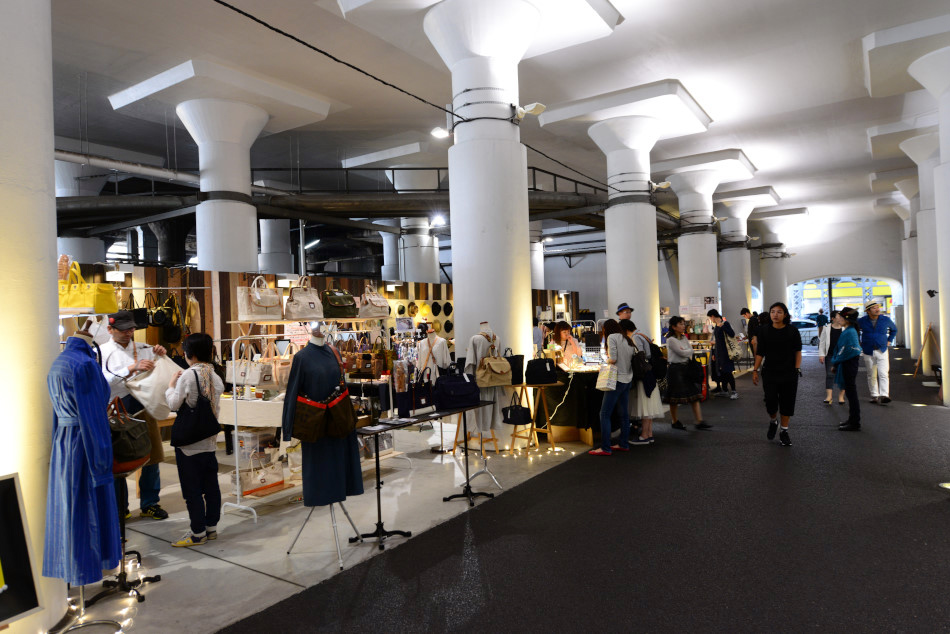 While some shops are housed in minimal white boxes, some are actually set up in the main space in the colonnade.

We stayed longer than what expected strolling around 2k540.

At the end of the market street stands a larger store called Japan Department Store, a shop that sells household items and souvenirs from different areas across Japan.

Like many big cities around the world, creative industries have given different urban spaces, such as old factory buildings and underside of railway viaducts, a second life to thrive.