The idea of staying a night in a traditional gassho-zukuri house prompted us to come all the way to Ainokura, the remotest of the three UNESCO World Heritage villages in the Japanese Alps.  A few centuries-old gassho-zukuri houses in Ainokura have been converted into minshuku (民宿) or Japanese style bed-and-breakfast.  A typical minshuku stay offers a Japanese tatami room, as well as dinner and breakfast served in a traditional dining room around an Irori (囲炉裏) hearth.  Based on online reviews and guidebook recommendations, we booked our stay at Gassho Minshuku Nakaya, a 350-year old gassho-zukuri located near the end of the village.  The interior of the house was as expected full of wooden panels, tatami flooring and timber lattices.  The bathroom and toilets were clean and modern, while the dining room and its Irori hearth provided a feature for all visitors.

Outside of the minshuku, gassho-zukuri houses scattered along the few winding paths and surrounded by patches of terracing flower beds and rice paddy fields.  Historically, Ainokura was self sustained not by farming, but by making traditional paper and raising silkworm.  Since the decline of silkworm raising in the 1950s, some fields of mulberry trees uphill from the village were converted into agricultural fields for vegetables and rice paddy.   Today, rice paddy fields dominate the scenery of Ainokura.  As the most important staple food in Asia, rice cultivation represents the lifeline for many nations, including Japan.  Apart from rice fields, small beds of colourful flowers can be found all over the village.  Flowers are planted adjacent to rice terraces, or along winding paths, or in front of village homes, leaving touches of lovely colours among the lush green palette, even in the greyest rainy day.

The thatched roof and timber wall panels of the minshuku look just like other traditional farm houses in the village.

Just like any typical Japanese house, there is a decent entrance vestibule at the Gassho Minshuku Nakaya. 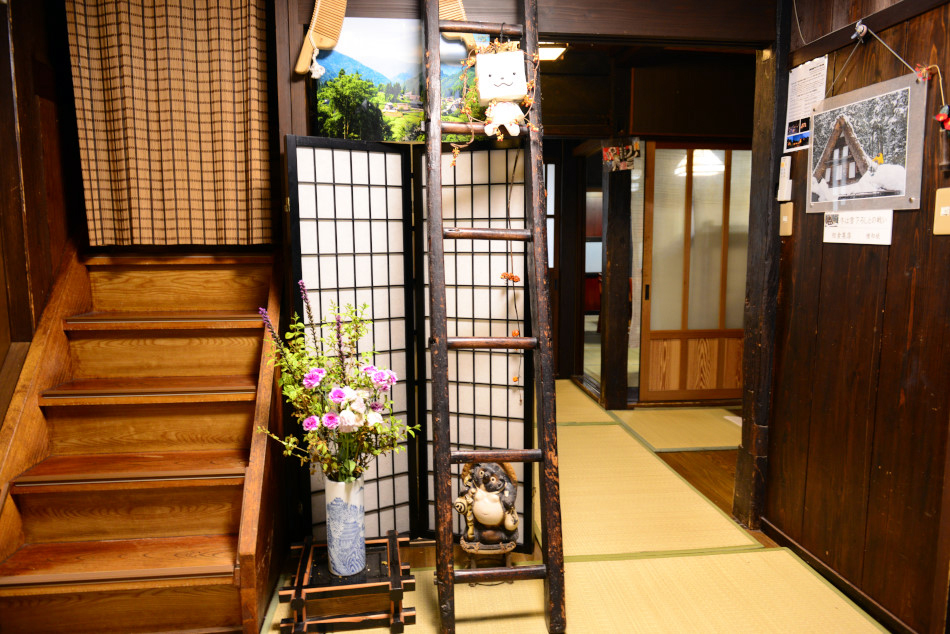 The guest area is limited at the ground floor only, with traditional tatami bedrooms, dining room, and bathroom.

In the dining room above the Irori (囲炉裏) hearth, a jizaikagi (自在鉤) or free hook is attached to the beam structure of the house.

Our room was a Japanese style tatami room with traditional decorations.

Upon arrival, we were given green tea and snacks.

Outside of Gassho Minshuku Nakaya, lovely flowers could be found in many fields and flower beds.

One of the most impressive flower beds we saw was just opposite to the front door of our minshuku.

The small flowers in front of Minshuku Yomoshiro present a subtle beauty. 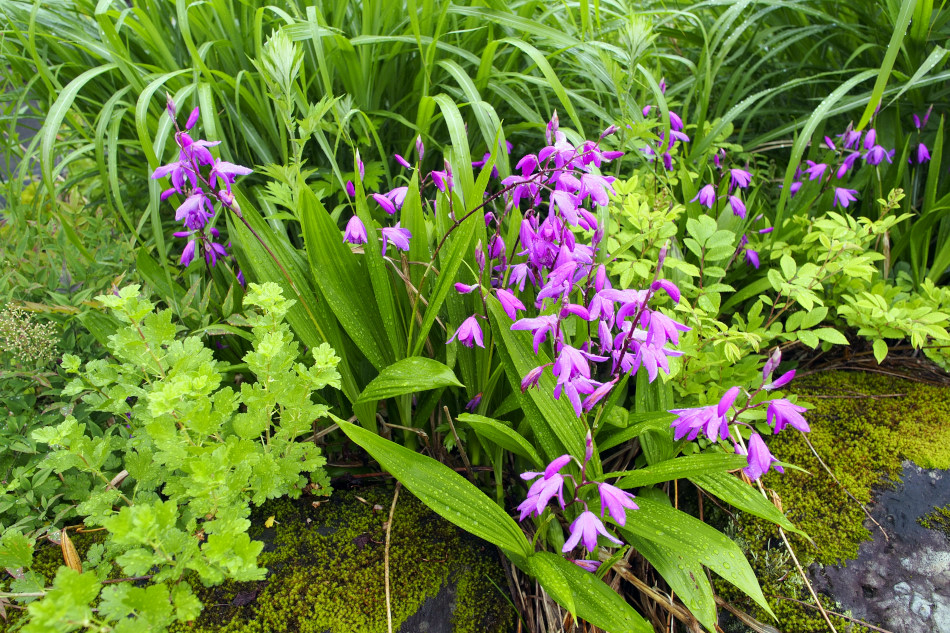 Colourful flowers along the village paths lighted up the scenery in a rainy day. 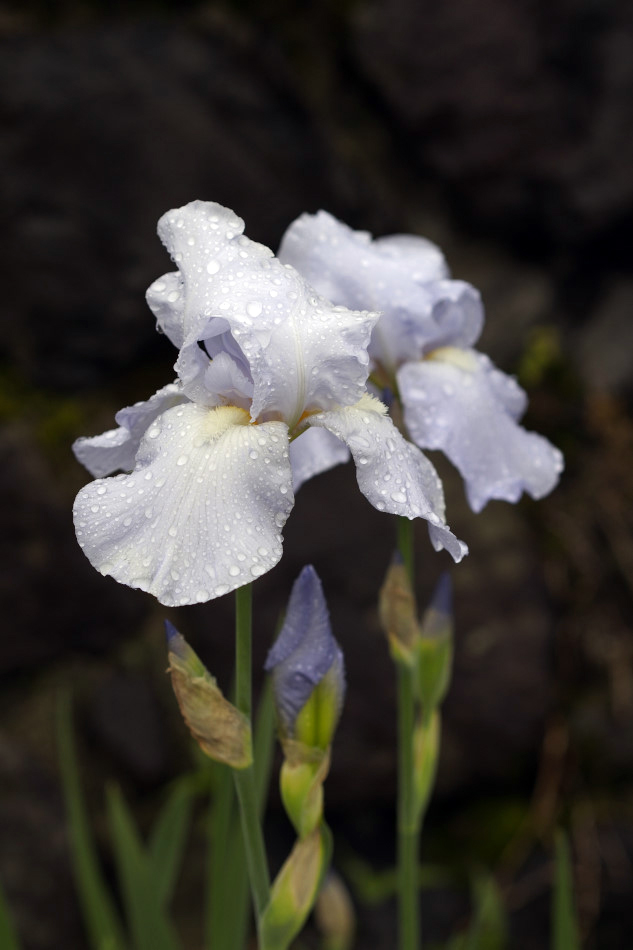 We found some of the most impressive flowers at the terracing flower beds in the midst of the lush green rice paddy fields. 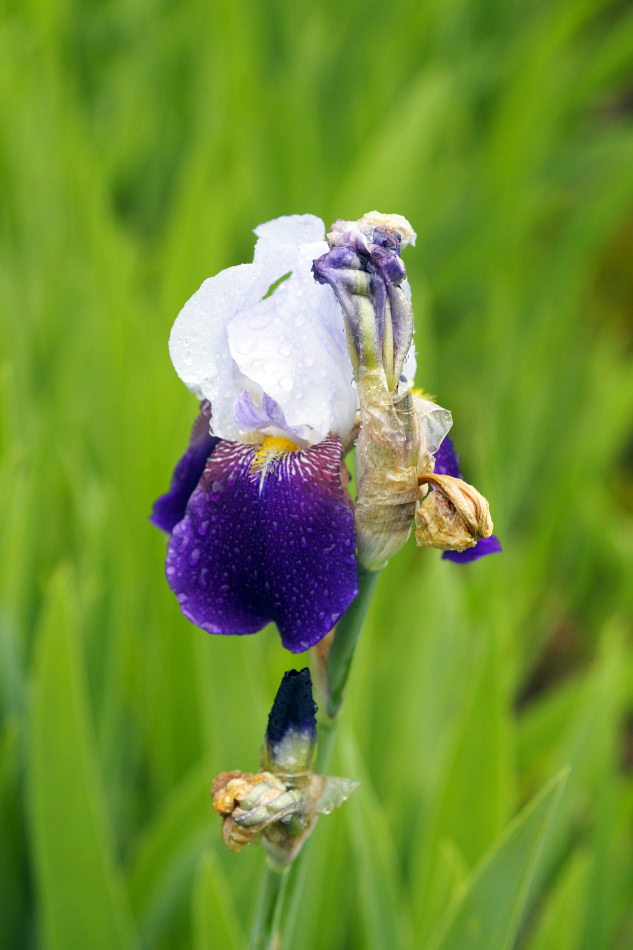 Late May.  Rice seedlings had just planted not long ago.  Rows of footprints were visible in the rice paddy fields. 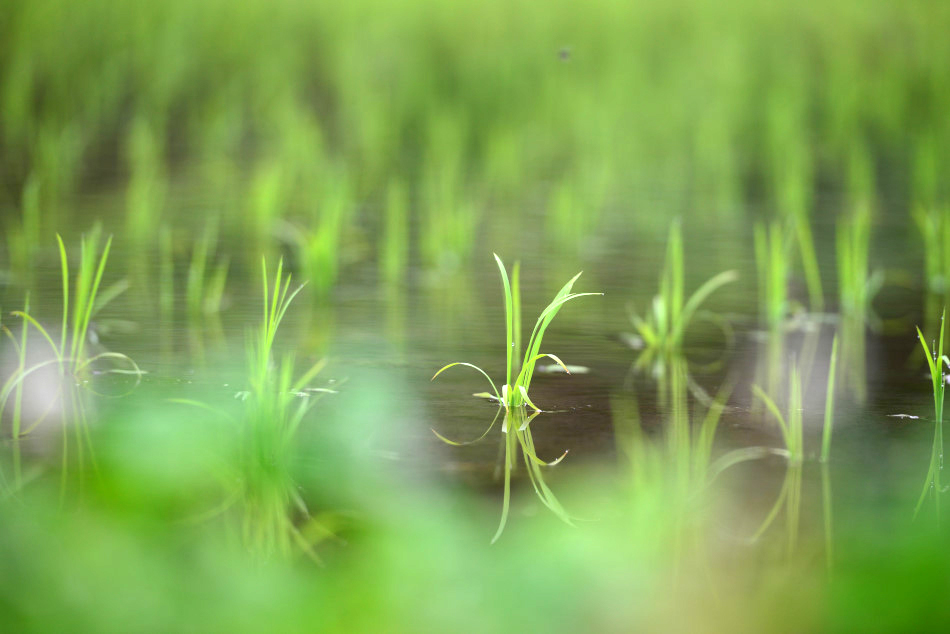 It was a pleasure to get so close to the rice paddy.

At the end of Ainokura near Gassho Minshuku Nakaya, we found some larger rice fields with beautiful reflections of the surrounding mountains.

After spending time to photograph the rice fields, it was about time for dinner.