South of Sai Kung and east of Tseung Kwan O, the lush green Clear Water Bay Peninsula (清水灣半島) separates Junk Bay (將軍澳) and Port Shelter (牛尾海).  With its natural and relaxed setting, uncounted opportunities for outdoor activities, and a number of low dense residential neighborhoods, Clear Water Bay (清水灣) is popular among expats and anyone who loves nature.  Clear Water Bay (清水灣)‘s two beaches, High Junk Peak (釣魚翁) country trail, the cove of Po Toi O, sleepy villages and the surrounding turquoise water make it a great alternative for outdoor adventures to the more popular Sai Kung.  With just a bus ride away from Kowloon, Clear Water Bay offers the opportunity for a quick dose of nature for Hong Kong’s city dwellers.  It was rather late by the time I get off the bus at the second beach of Clear Water Bay.  I chose to enter the High Junk Peak country trail at Ha Shan Tuk (蝦山篤) and do a short hike to the fishing village of Po Toi O (布袋澳). 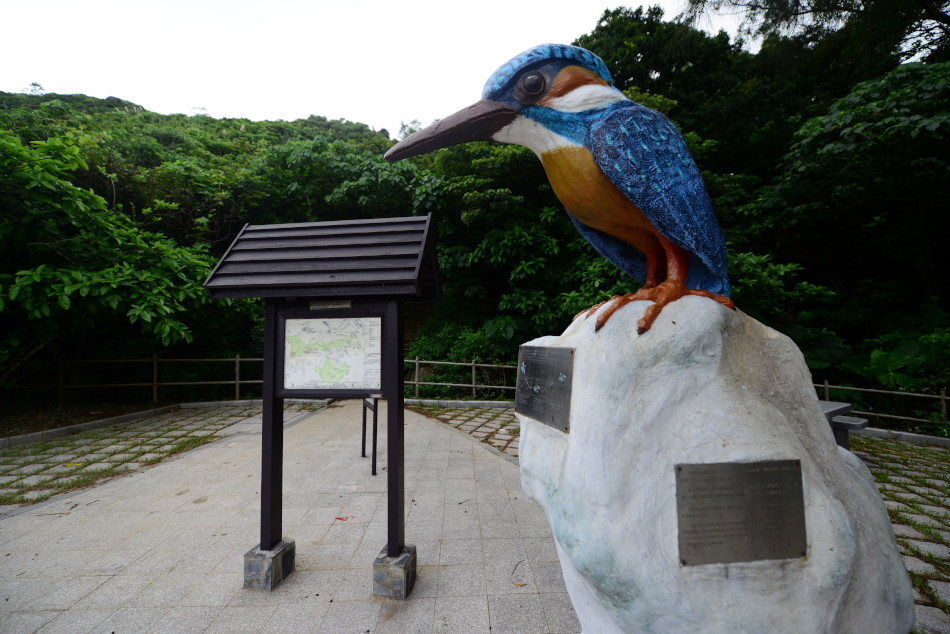 I entered Clear Water Bay’s High Junk Peak Country Trail at the Tai O Mun Road (大坳門路) entrance.  The Chinese name of High Junk Peak is 釣魚翁, which means “Fisherman” or a Common Kingfisher (釣魚翁鳥).  In reference to the Kingfisher bird, a sculpture is erected at the trail entrance. 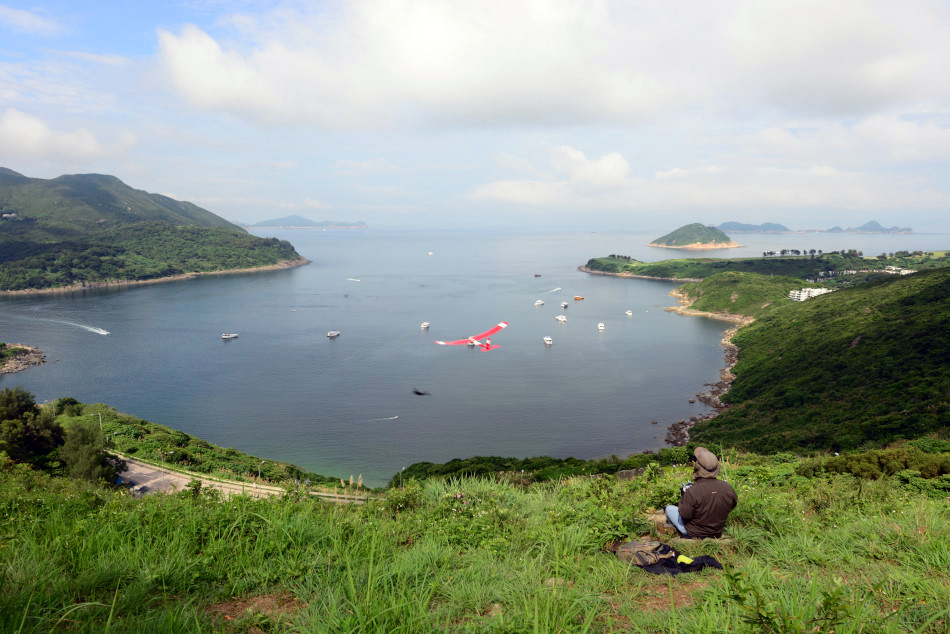 On the slope of Ha Shan Tuk (蝦山篤), a visitor was having fun with his remote controlled mini-plane against the scenic backdrop of Clear Water Bay. 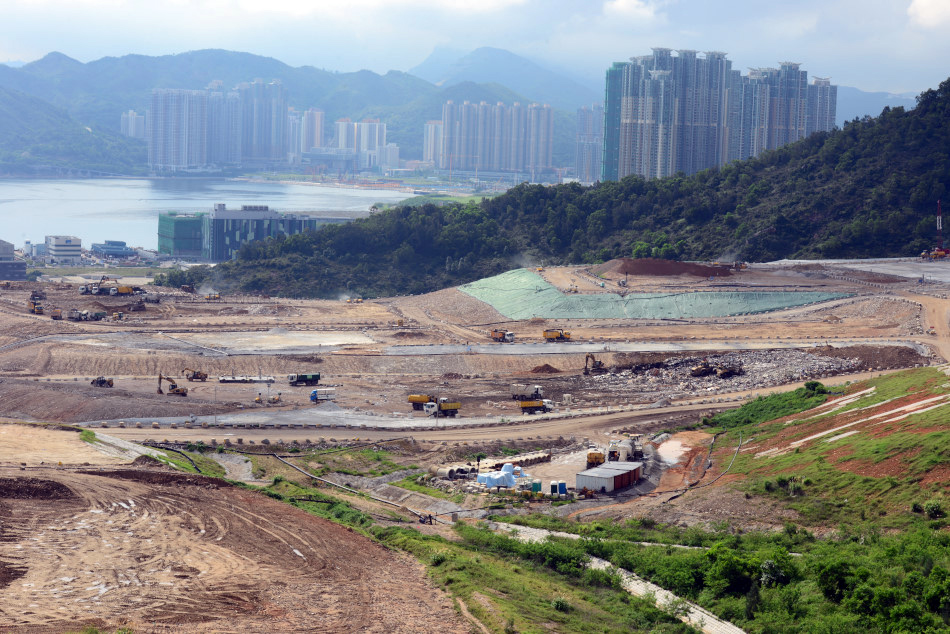 Looking east, the view opened up to Clear Water Bay Club and Steep Island beyond. 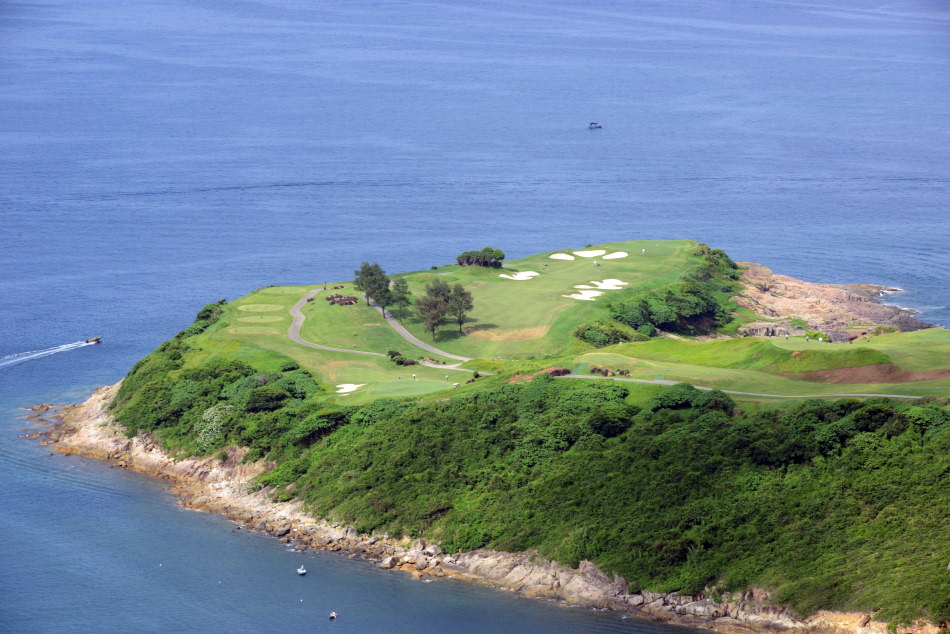 Eastwards beyond Clear Water Bay stand a number of islands close to the shore.  Beyond that is the vast open sea until Taiwan.

Because of There are many fish farms in the area. 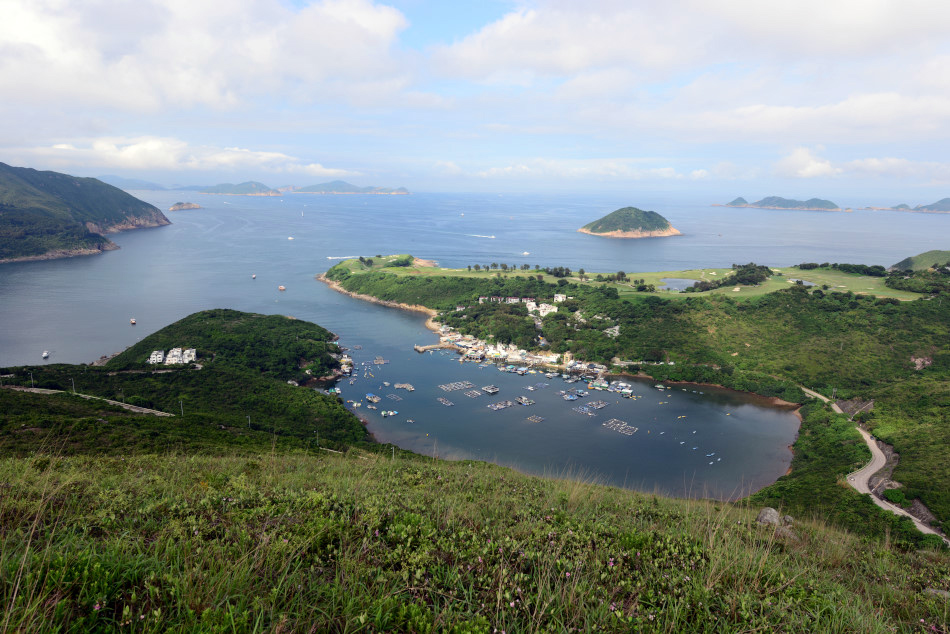 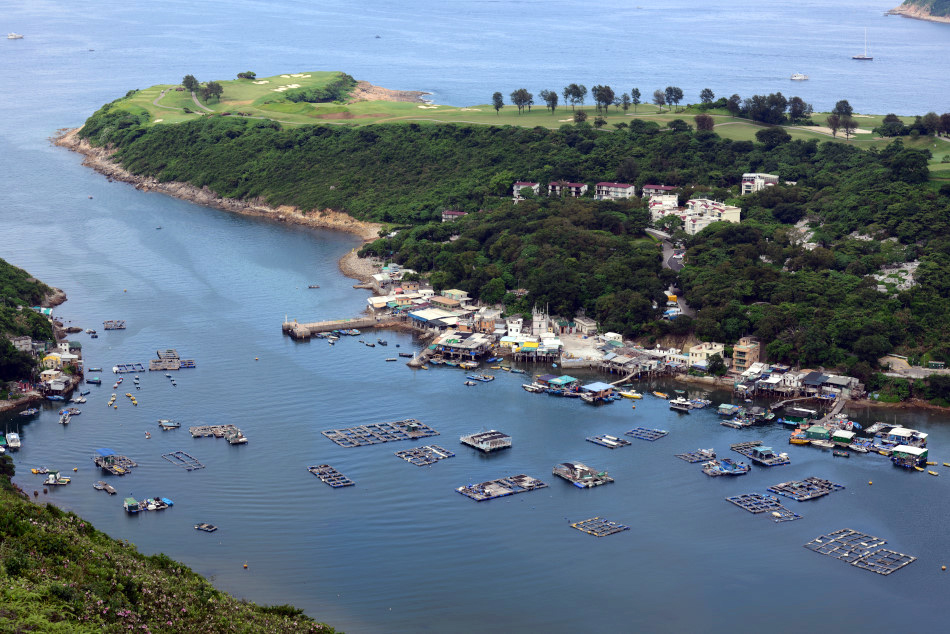 The fish farms and the village of Po Toi O (布袋澳) look neat below the Clear Water Bay  Country Club. 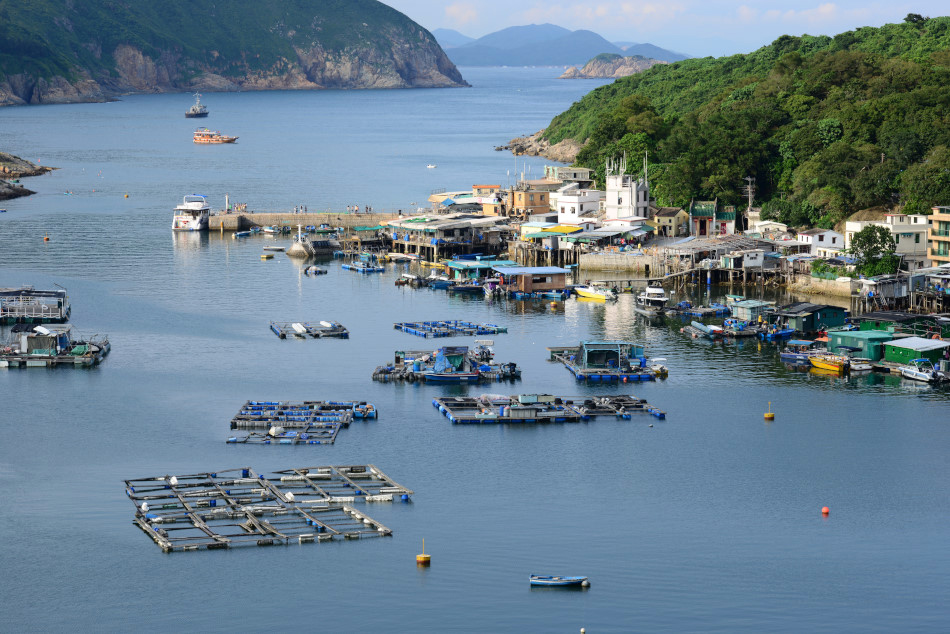 Fish farms are still in operations at Po Toi O, a popular village for seafood meals.

The village of Po Toi O is one of the places in Hong Kong where a laid back atmosphere dominates. 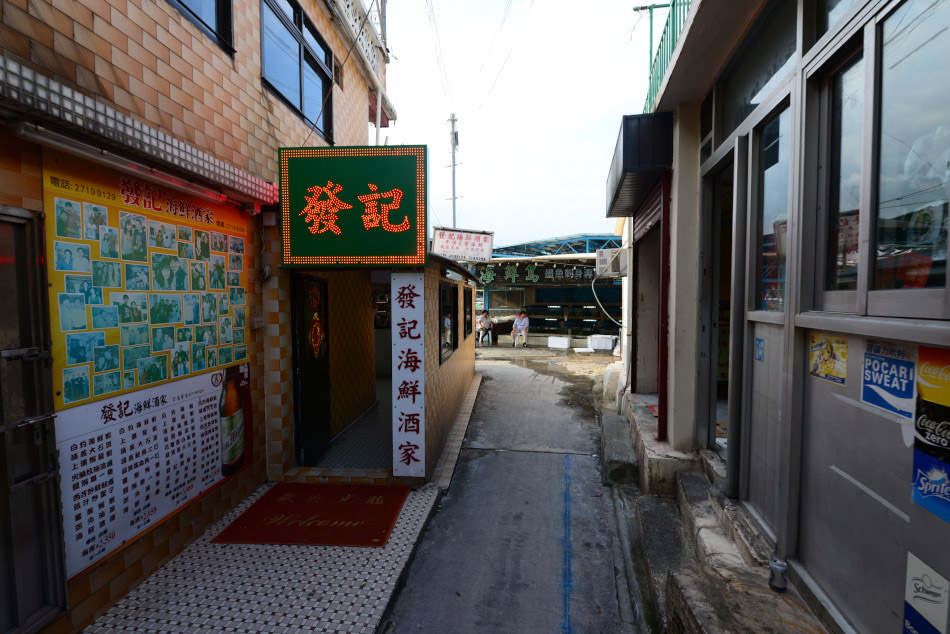 There are two seafood restaurants in Po Toi O. 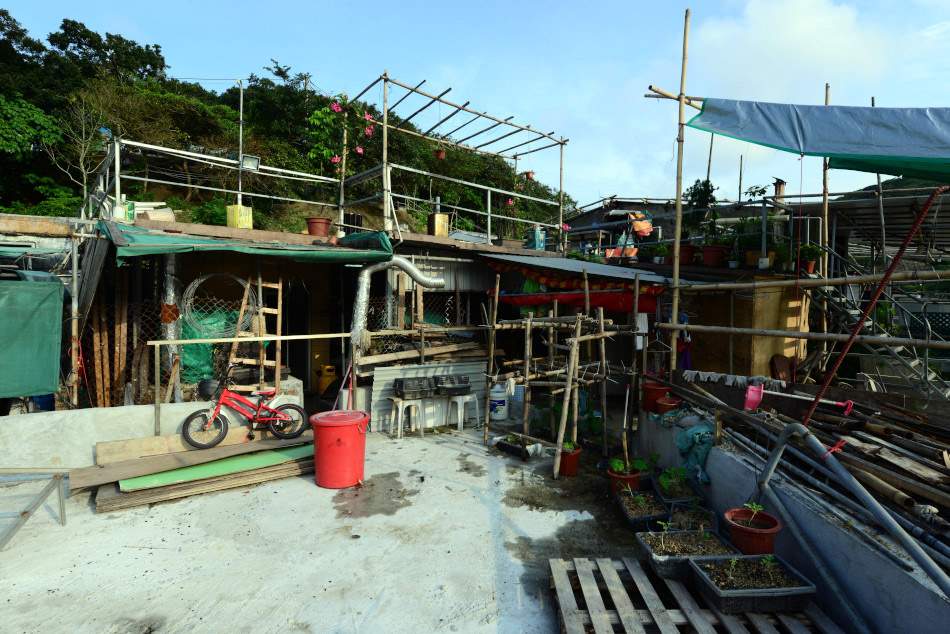 The village homes at Po Toi O are simple houses made of bamboos, timber, and metal sheets.

At the village exit, a large neon sign of “Seafood Island Restaurant” is erected near the minibus station.