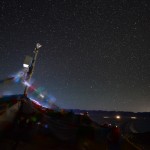 It has been many years since I dreamed of visiting Tibet.  Yet it only took us a little over a month to plan for this trip and invite our Canadian friend Maggie to join.  The itinerary consisted of two parts: 4 days in Lhasa and surrounding monasteries, and 6 days on the road climaxed with a close encounter with Mount Everest’s north face at the Everest Base Camp.  Apart from occasional hassles of security checkpoints, our Tibetan story was largely filled with breathtaking scenery, photogenic monasteries and joyful laughter among the three of us.

Under rapid modernization in recent years, Tibet has been changing drastically.  Since the opening of Qinghai-Tibet Railway, more highways and rail roads are being constructed every year, connecting Tibet with the rest of China.  Modern infrastructure has brought in a large influx of local tourists and commercial goods.  Given the inevitable social changes and urbanization of Lhasa, we were delighted to discover that the local Tibetan lifestyle is still going strong at many places, especially at Buddhist monasteries where locals pilgrims and monks still practise their traditional rituals, and at rural areas where farmers still live off the land raising yaks and sheep, and farming the famous Highland barley.

For 11 days we had the blessing of promising weather, even the infamous gusty and freezing weather at Everest Base Camp and Namtso Lake didn’t come to trouble us while we enjoyed the spectacle of the Milky Way and shooting stars over snow-capped mountains.  The rich culture of Tibetan Buddhism was equally spectacular and visible almost everywhere from vivid prayer flags at mountain passes to the myriad of prostrating pilgrims around Jokhang Monastery and the majestic Potala in Lhasa.  For us, the centuries old spirituality was inseparable from the Tibetan landscape.  At the land of mystic Shangri-La where heavenly landscapes coincide with the spirituality of the Buddhist Mandala, we had experienced a marvelous journey that defied fatigue from a red eye flight, occasional altitude sickness, and days of awful toilets.

Our first part of the trip concentrated on exploring Lhasa, the sacred capital of Tibet.  Walking the clockwise kora (pilgrimage) on Barkhor Street around Jokhang Monastery was an interesting experience that we had everyday during our stay in Lhasa. 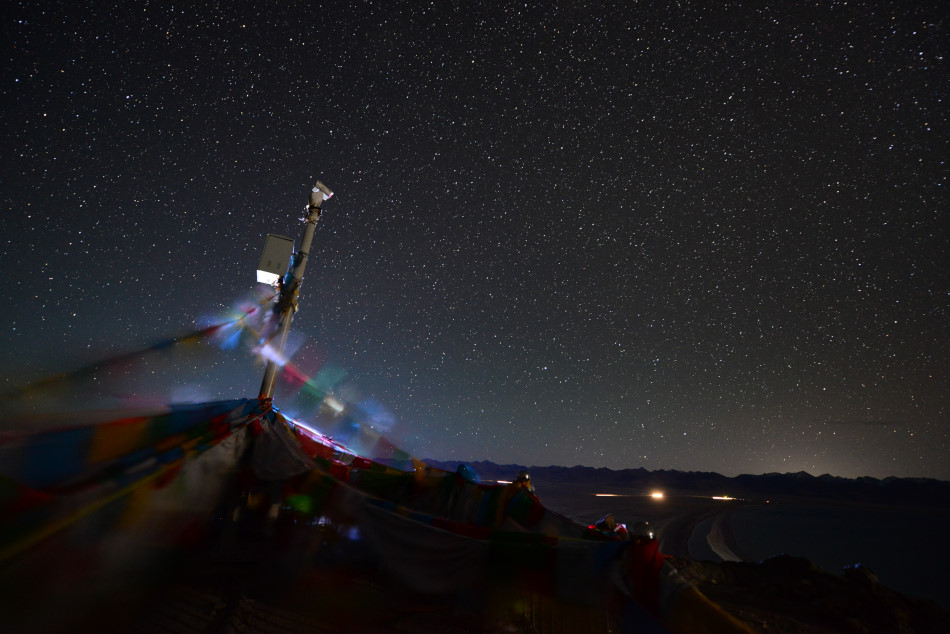 Our second part of the trip was an remarkable road journey of ancient monasteries and spectacular scenery of snow-capped mountains and pristine lakes.  We were fortunate to enjoy beautiful weather and clear sky while admiring the starry sky from the Everest Base Camp and Namtso Lake.