Sake (日本酒), or Japanese rice wine, is a light coloured, sweet taste alcohol made of multiple parallel fermentation of rice.  The earliest record of sake drinking in Japan dated back to the 3rd century.  Nowadays, it has become a popular alcoholic beverage around the world along with the growing popularity of sushi and ramen.  Outside of Japan, sake is just an option of alcoholic beverage.  However, within Japan, sake is a living tradition, a national heritage that connects to the local landscape and climate, and a representation of purity and simplicity in the Japanese culture.  In the old days, sake was drunk at Shinto festivals, ceremonies and offerings to the gods, and production was made mainly by temples and the imperial court.  Then in the 12th century, the general public began to make sake and led to the flourishing scene of sake makers in certain regions in Japan.  Not much has changed in the  making process since the 16th century.

With its cold climate, pristine water from the Japanese Alps and local rice “Hida-Homare”, Takayama is known as one of the best places for sake production in Japan.   In its heyday during the Edo Period, Takayama had 56 sake breweries.  Today, there are a handful of the traditional breweries (some say six) remain in the splendid old town of the city.  Most of them would offer sake tasting and even a facility visit.  Just look for the sugitama (杉玉) hanging outside of the liquor shop entrance.  If the sugitama is still green, that means the making of the new sake is underway.  If it is brown, then the new sake has reached maturity.  Visiting the traditional breweries and doing rounds of sake tasting is one of the most interesting ways to explore Takayama. 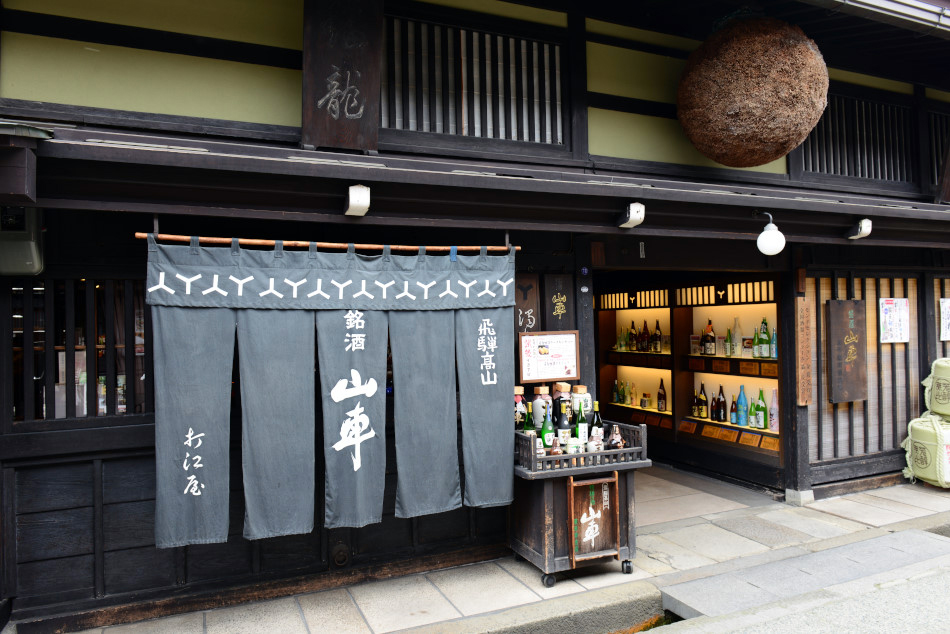 With its signature brand Sansha (山車) famed for its muscular umami (うま味) or savory taste, Harada Sake Brewery (原田酒造場) is a highly popular sake brewery in the old town.  The brown sugitama (杉玉) indicates that the new sake has reached maturity.

Apart from its shop, visitors may also find the aging tanks in Harada Sake Brewery.

Across the street from Harada stands another popular brewery, the Funasaka Sake Brewery (舩坂酒造店).

With over 300 years of history, Funasaka Sake Brewery has combined generations of experience, innovative technical developments and a new business model. 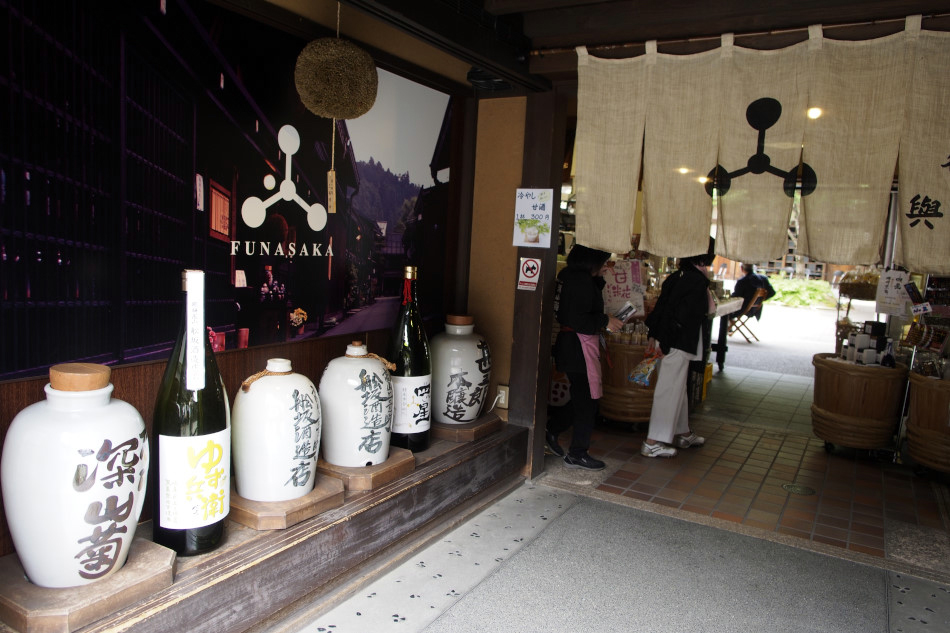 The complex of Funasaka Sake Brewery includes a shop, bar, restaurant, and a pleasant courtyard. 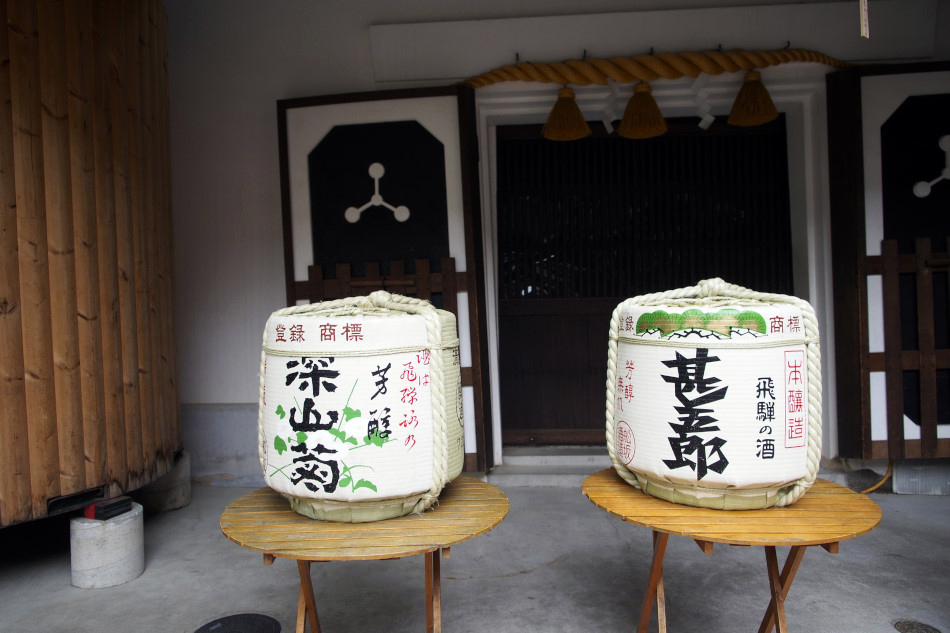 In the courtyard, large sake barrels are on display at the Funasaka Sake Brewery.

Also with 300 years of history, the Oita Sake Brewery (老田酒造店) has transformed its original brewery at the busy tourist street Kami-Sannomachi (上三之町) into a large shop and bar, while the main brewery has moved outside of the city to Kiyomi, where new technologies and computers are introduced in the sake making. 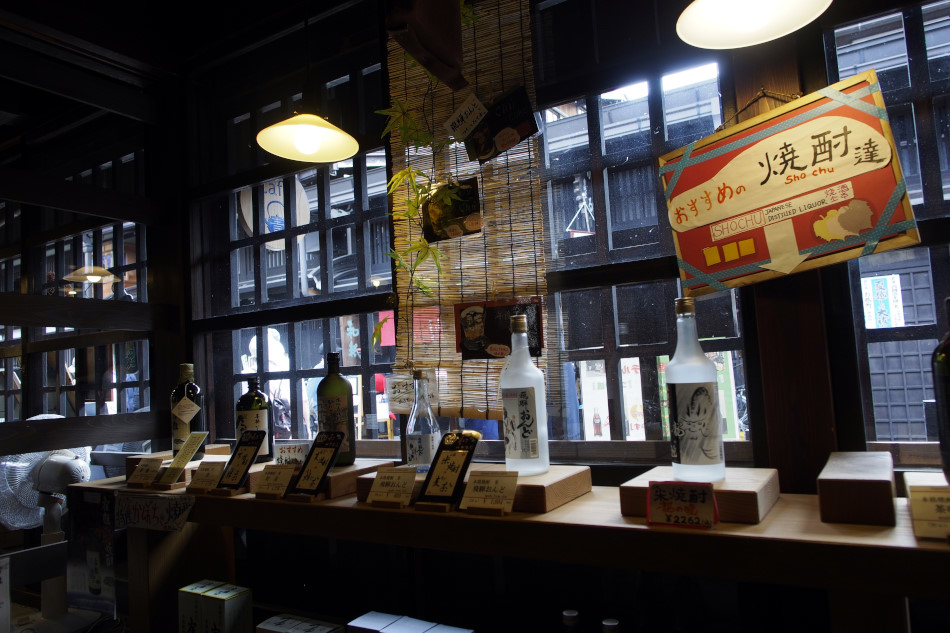 Oita Sake Brewery specializes in very dry sake and shochu (焼酎) or distilled liquor.   Dry sake was considered unfavorable as compared to sweet sake in the old days.  However, the trend has gradually changed and dry sake has become popular with soba and steak restaurants.

Just like most other breweries, the store of Oita Sake Brewery designated an area of the store for a causal bar.

Sake and shochu are used at the bar to make cocktails with fruity favours.

Shōki (鍾馗) or Zhong Kui in Chinese is known in Chinese mythology as the king of ghosts and evil beings. It is commonly seen as a guardian spirit to ward off demons.  The icon is also popular in traditional Japan.  Due to its unpopularity in the old days, dry sake was called “Oni Koroshi” or demon killer, meaning that even demons would die after drinking the dry sake.  Oita Sake Brewery (老田酒造店) considers itself the original brand of the “Oni Koroshi” dated over 300 years ago. 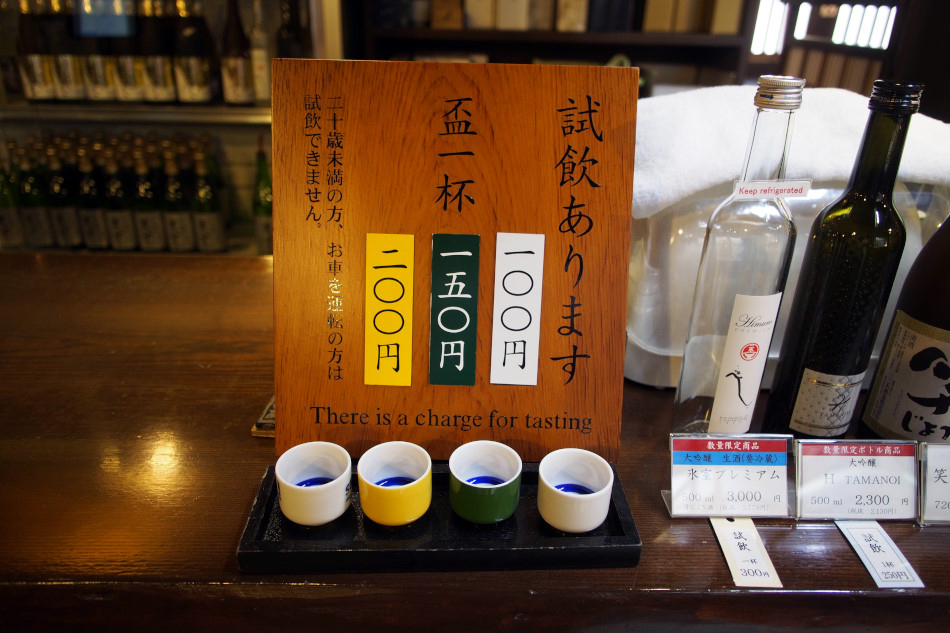 Established since 1695, Niki Sake Brewery (二木酒造) is another old sake maker in Takayama that has been in business for 15 generations. 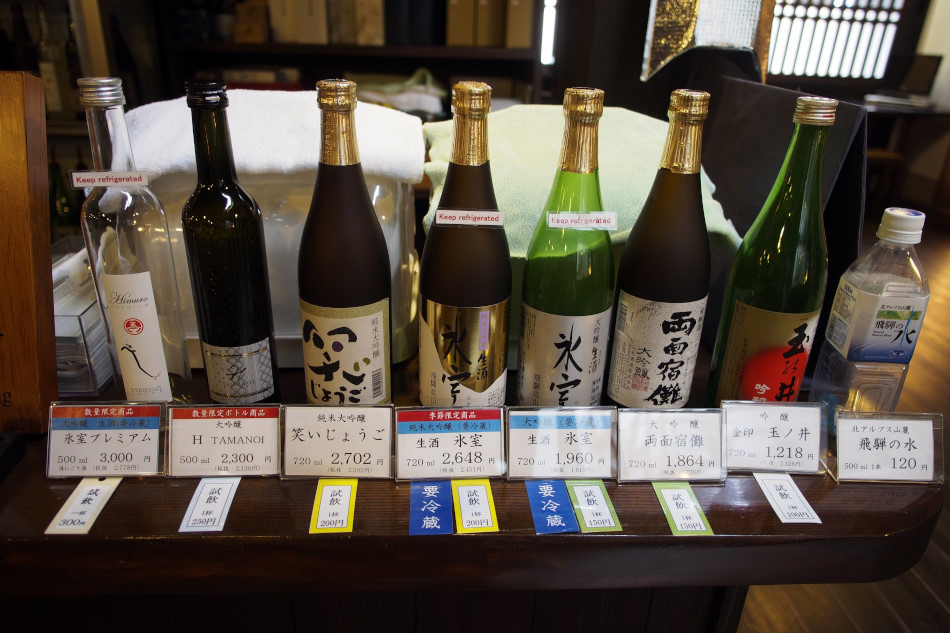 Niki Sake Brewery is famous for its ginjo sake, a premium category of sake that uses rice grains polished to less than 60% of its original size, and fermented in lower temperature in longer period.  Ginjo sake is considered to be lighter in taste and more aromatic. 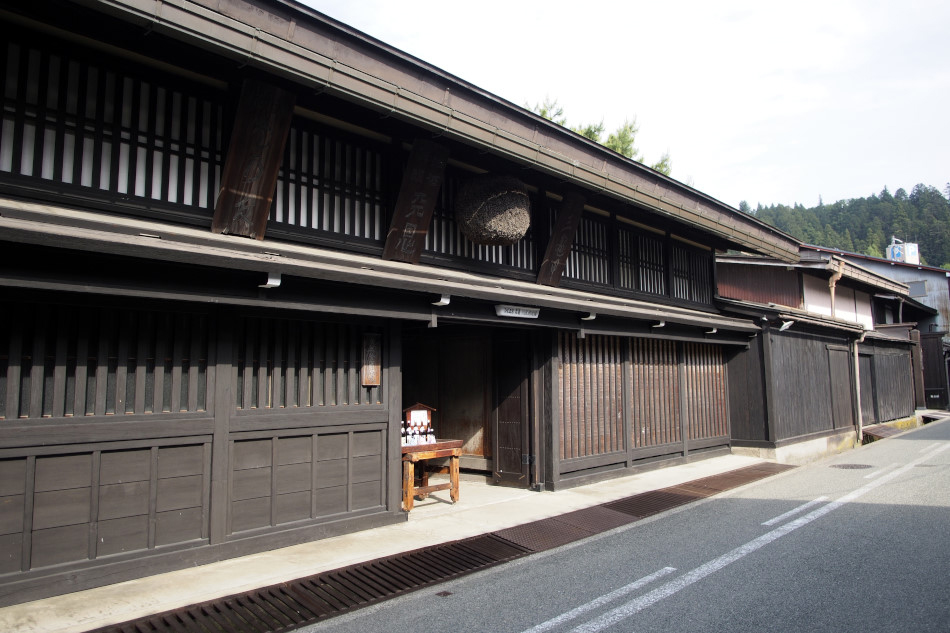 Kawashiri Sake Brewery (川尻酒造場) has been in the industry of sake brewery since 1839.  It specializes in jukusei koshu or “aging sake” that uses locally grown rice “hidahomare” and takes two to four years to age.

The traditional look of Kawashiri Sake Brewery gives visitors a glimpse of the old Takayama in the Edo Period.  Large timber post and beam construction is a Takayama tradition.

Being the smallest brewery in town, Kawashiri rejects new technologies and computers, and relies on the hands of its four brewery employees to produce high quality sake at an affordable price.

Each year, six of Takayama’s sake breweries will open their doors to offer brewery tours.  Kawashiri Sake Brewery is one of the participating sake makers.

For 500 yen visitors can get a taste for three of Kawashiri’s sake. 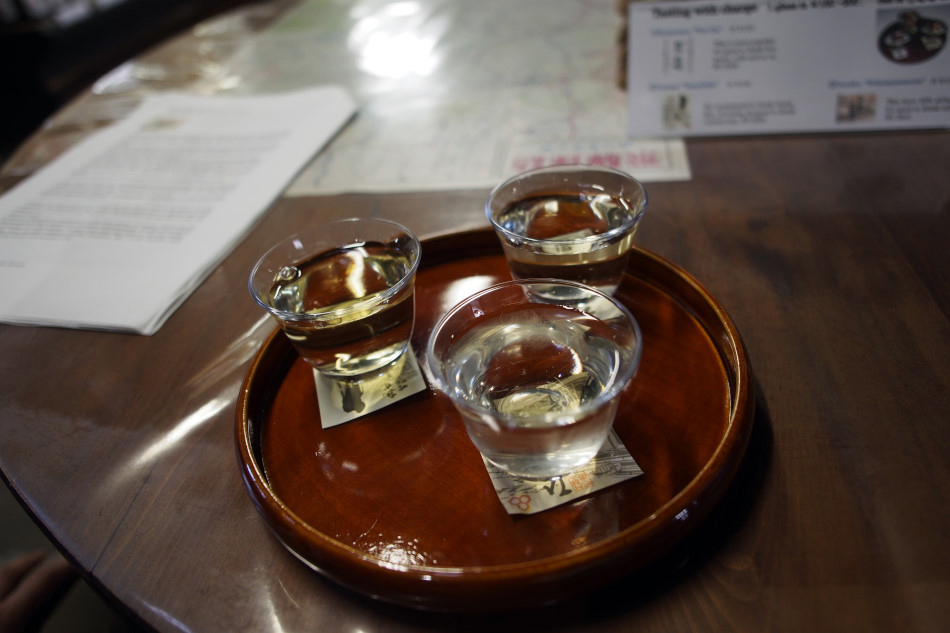 Of course, we couldn’t resist to sit down for a sip of the sake in an interior full of heritage of the magnificent Takayama, the centuries old city in the Japanese Alps.