Found in the 1st century at the site of an earlier Aramaean Temple, the Temple of Jupiter was the largest temple in Roman Damascus.  The Greco-Roman temple was renowned for its beauty and scale.  In the 4th century, Theodosius I transformed the temple into a church dedicated to Saint John the Baptist.  In 705, the church was converted into the Umayyad Mosque after Damascus was captured by the Muslim Arab forces in 634.  Despite being transformed numerous times, remnants of the Roman Temple of Jupiter survived for another millennium until the present day.  The ruins have indeed interwoven into the urban fabric of today’s Damascus, serving as a 40 feet monument at the entrance of the central market, Al-Hamidiyah Souq.  Indeed, the Roman entry route to the former Temple of Jupiter has become the main configuration of the market.

Shops selling clothes, antiques, handicrafts, souvenir, and jewellery line along the main shopping arcade, while vendors of spices, dried fruits, miscellaneous household items and clothing pack the side streets.  Established in the Ottoman Era in around 1780, the 600m covered market has not been physically affected by the civil war, despite international tourists have largely disappeared.  Due to the war, the Syrian pound has fallen dramatically in recent years, and the supply chains of many merchandises have also been impacted by foreign sanctions.  Business is undoubtedly affected.  Back in 2006, the souk was a must-see for all foreign visitors, including us.

After Umayyad Mosque, we wandered over to the city’s main souk.  We discovered an unique shop that sells textiles, scarfs, bags, and embroideries made by local Syrian and Palestinian women.  After souvenir shopping, we went to a shop called Bakdash, which is Syria’s oldest ice-cream parlour.  Bakdash has been around since 1890, selling rosewater and almond ice-cream topped with fresh pistachio. Each of us had a delicious cone to end the day. 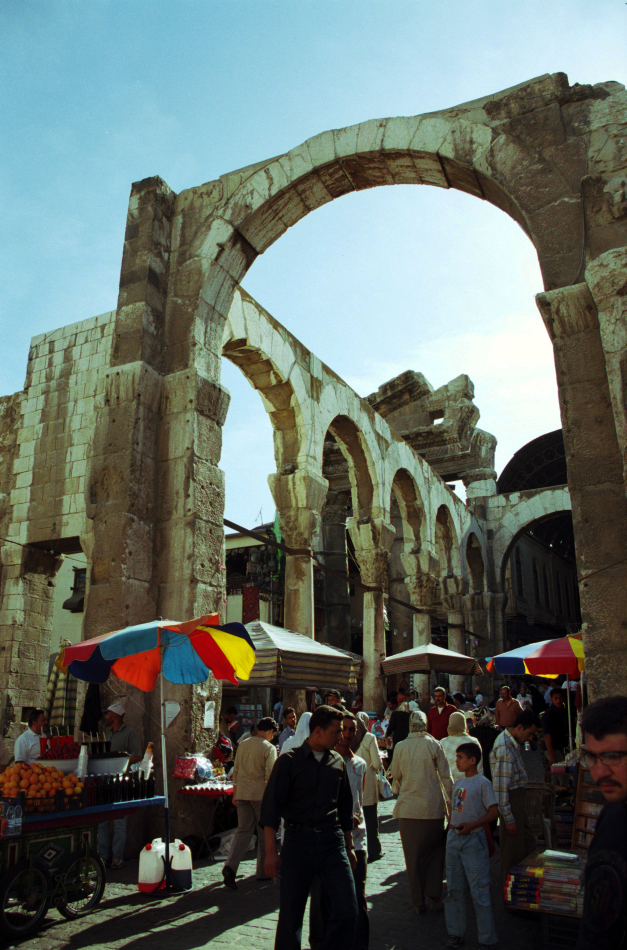 The ruined Roman Temple of Jupiter forms a dramatic entrance for Al-Hamidiyah Souq.

The souk is roughly 15m wide and covered with a 10m tall metal vaulted roof.

Political banner in support of the Assad regime was hung in the souk back in 2006.

In the evening, the ruined temple is lit up by flood lights.

In the evening, the Roman ruins give a strong atmospheric touch to the market entrance.

In 2010, Global Heritage Fund named the old city of Damascus as one of the 12 cultural heritage sites most “on the verge” of irreparable loss and destruction.  In 2008, World Monuments Fund put old Damascuson its 2008 Watch List of the 100 Most Endangered Sites in the world. 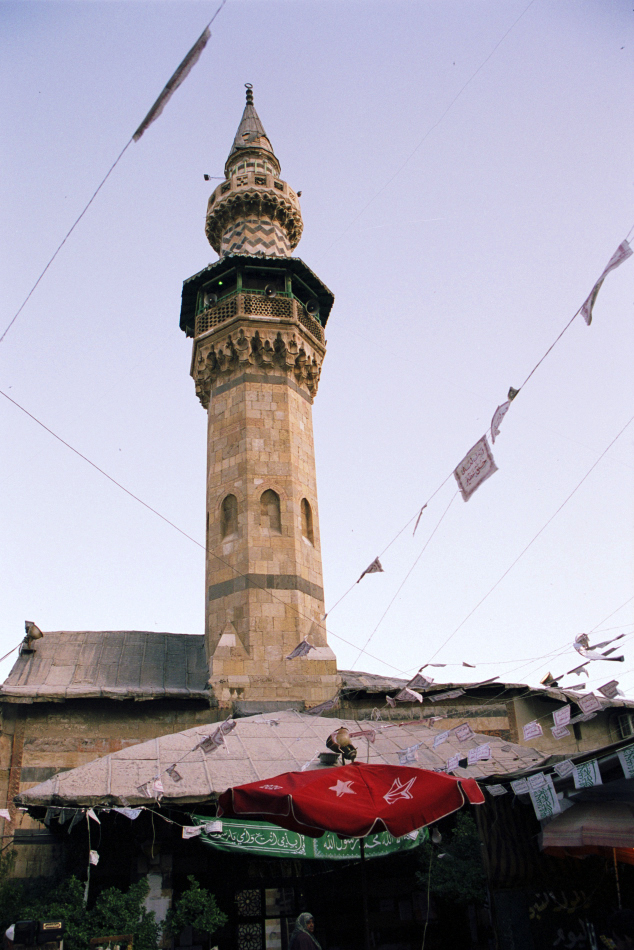 Population decline and demolition plans of old buildings are to blamed for the risks that Old Damascus is facing in recent decade. 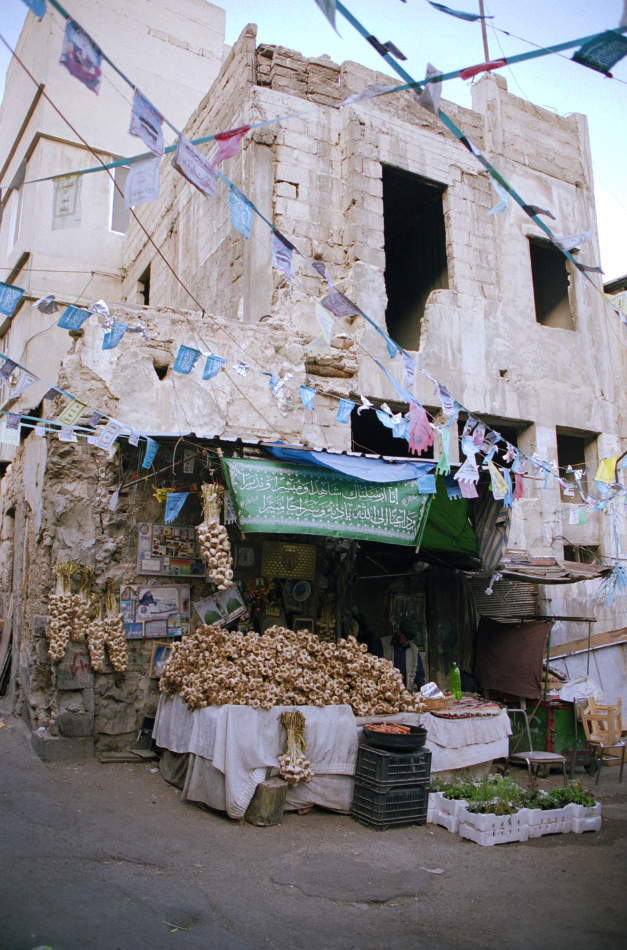 Outside of the main souk, vendors of all kinds have spread to many side streets.

Vendors selling produces and household items have turned the side streets near the souk into an open market.

This entry was posted on August 18, 2020 by Blue Lapis Road. It was filed under Asia: Middle East, Damascus, Bosra & Maaloula, Middle East 2006, Syria and was tagged with Damascus, market, souk, souq, Syria.