From the Great Mosque, we headed east and arrived shortly at the gate of Aleppo Citadel.  Perched on top of a limestone hill at the centre of the old city, Aleppo Citadel is the most dominating structure in the old city.  We crossed the moat via the imposing stone bridge and entered the citadel complex, which contained restored stone buildings from the Medieval Ages.  The citadel was once a powerful stronghold of the Muslims to defend their homeland against the crusaders, and is today considered to be one of the largest citadels in the world.  Apart from its size and dominance of Aleppo’s skyline, it is the citadel’s complex layer of history and cycles of destruction and restoration that captivate people’s imagination.

Most of the remaining structures in the citadel were erected by the Ayyubids in the 12th and 13th century.   A 2009 excavation showed the citadel hill has a much longer history, as remains of a Bronze Age Neo-Hittite temple dated to the 3rd millennia BC was unearthed.  The hill was first used as a fortress and acropolis in the 4th century BC during the reign of Seleucus I Nicator.  Since then, the citadel had changed hands many occasions, and had been destroyed and restored many times due to warfare and earthquakes.  In the Medieval era, the citadel served as a Muslim stronghold, and a number of crusaders were imprisoned here.  Then the citadel was sacked by the Mongols two times before taken by the Ottomans in the 16th century.  After a mid 19th century earthquake that destroyed much of the complex, the citadel was first extensively restored by Ottoman Sultan Abdulmejid I, and then later by the French Mandate after the First World War.  The latest ordeal came from the Battle of Aleppo (2012 – 2016) in the Syrian Civil War, when 60% of the old city was destroyed.  The mighty citadel suffered significant damages from bomb and missile attacks.  The cycle of destruction and restoration has once again came to a full circle.  Let’s hope one day a long lasting peace would arrive and break the cycle of destruction once and for all.

As a famous defensive structure, the Citadel was guarded by a bent entrance complex where intruders would need to go through six turns up a vaulted ramp via a killing zone where hot liquids or stones would be dropped.

While the Outer Gate was damaged in the Battle of Aleppo, the imposing Inner Gate seems to be intact. 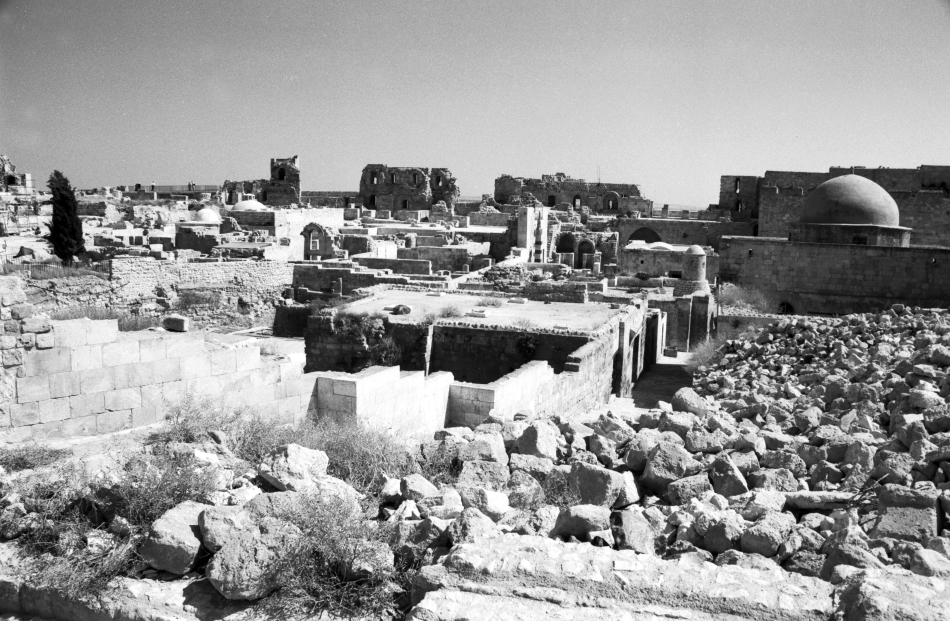 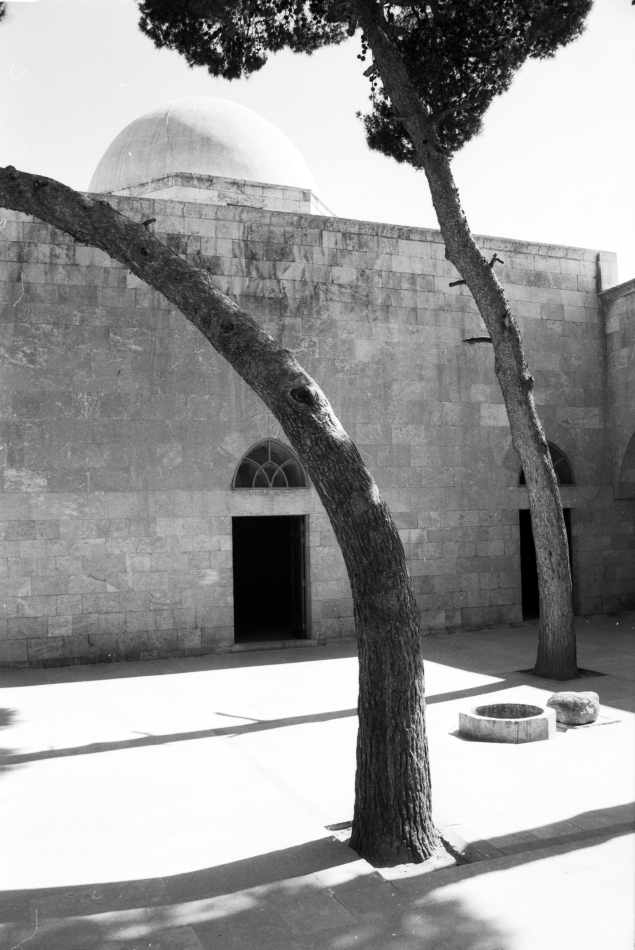 Originally built as a Byzantine church, the Mosque of Abraham has a tranquil little courtyard to welcome worshipers. 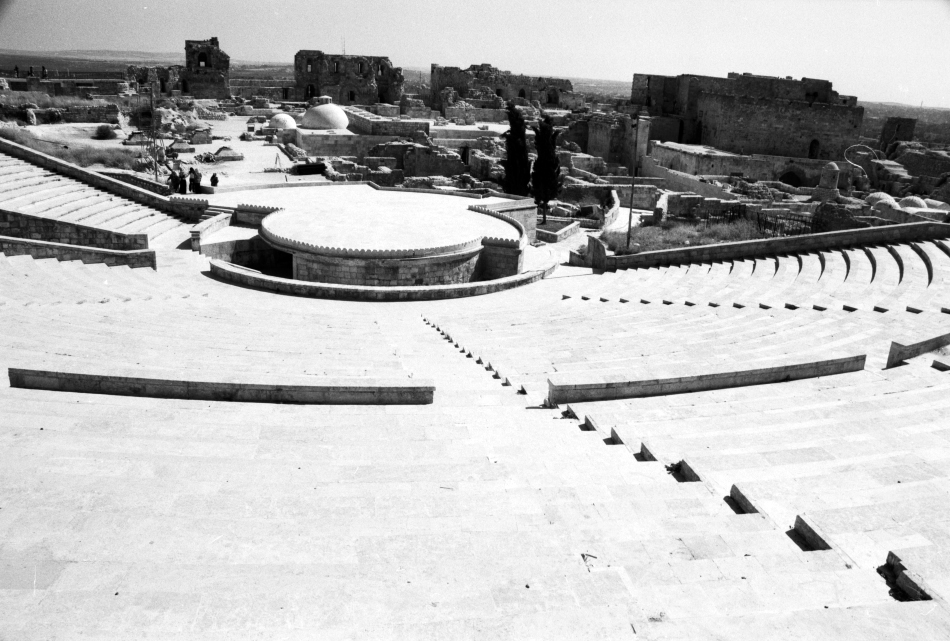 The amphitheatre in the Citadel is actually a modern addition from 1980s to hold concerts.

The stone wall of the former palace is decorated with exquisite carvings of Islamic patterns. 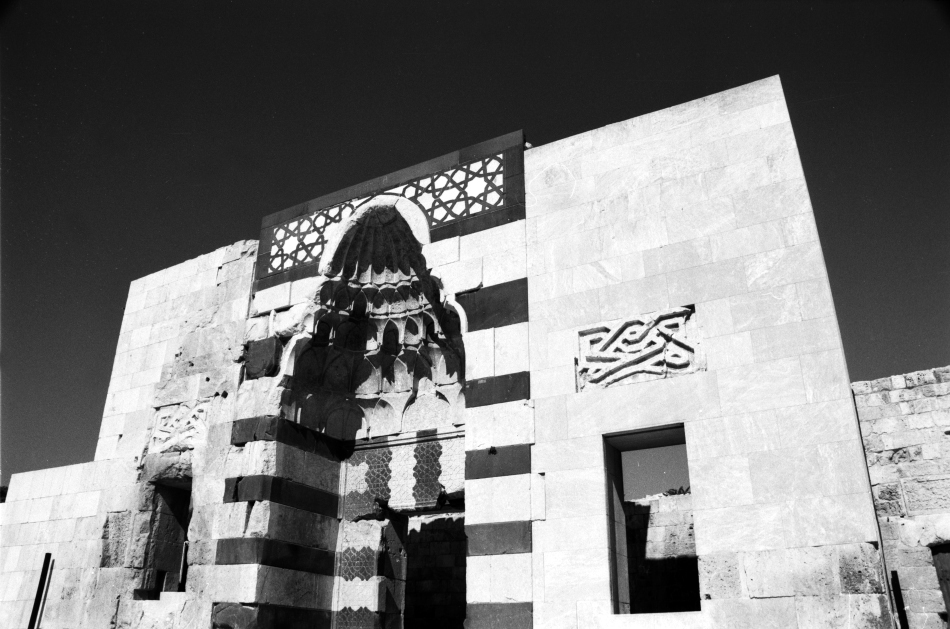 Destroyed by an earthquake in the 19th century, the Throne Hall built by the Mamluks is one of the splendid structures restored in the Citadel.

Before the civil war, lookouts from the Citadel offered some fine views of the bustling Hawl al-Qalaa Street below.

The prewar Aleppo was long gone.  Photographs from 2016 and beyond show significant destruction of buildings surrounding the Citadel.

The Grand Serail served as the former governor house from 1933 to 2008.  The building was completely destroyed in August 2014 by an underground explosion.

Inside the Citadel, the main street connects the Entrance Gate to Ayyubid Palace, Mosque of Abraham and the Big Mosque with its prominent minaret. 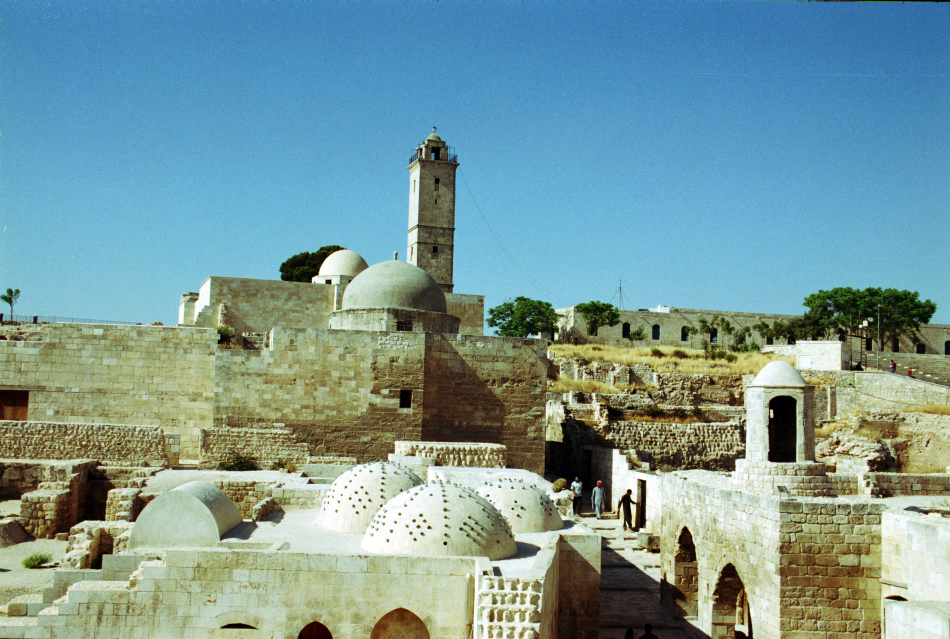 Most buildings in the Citadel survived the war but significant damages were made at various parts of the complex.

Walking in the Citadel before the war was a peaceful experience to learn about the history of the great city.

Decorative stone details at a doorway in the Citadel.

During the Battle of Aleppo, the Syrian army used the Citadel as a military base, shelling the surrounding areas through arrow slits on the ancient walls.  A part of the wall was destroyed in the battles.

In prewar Aleppo, the area around the Citadel was the most peaceful and atmospheric in the evening.

It might still be years away before Aleppo can regain its peaceful atmosphere, rise up from the ruins and proudly showcase its cultural heritage to the world once again.