After Yaprakhisar, the tour took us for a brief stop at Agzikarahan (Black Mouth) Caravanserai.  The ancient complex was built in the 11th century as an inn for travel caravans on the Silk Road.  Caravanserais, literally means “place for caravans”, were popular along the Silk Road and other ancient trade routes across Central and South Asia, Middle East, North Africa, and Eastern Europe.  A Caravanserai provided a safe place to accommodate the traveling merchants to stay the night, have meals, pray at an in-house mosque, store their merchandises, and rest their animals.  These ancient inns were often rectangular in shape centered at a large open courtyard.  Merchant caravans would arrive at the caravanserai from the only entrance.  Merchants would rest their animals and store their goods in niches around the courtyard, before retreating to the rest chambers behind.

On our way back to Goreme, our tour made a brief stop at a site full of spectacular fairy chimneys.  The guide Shalif described the formation of those mushroom-like rock towers as a product of volcanic actions and rain erosion.  The surreal curvatures of the rocks looked even more dramatic under the late afternoon sun.

The courtyard of Agzikarahan (Black Mouth) Caravanserai was dominated by a small mosque. 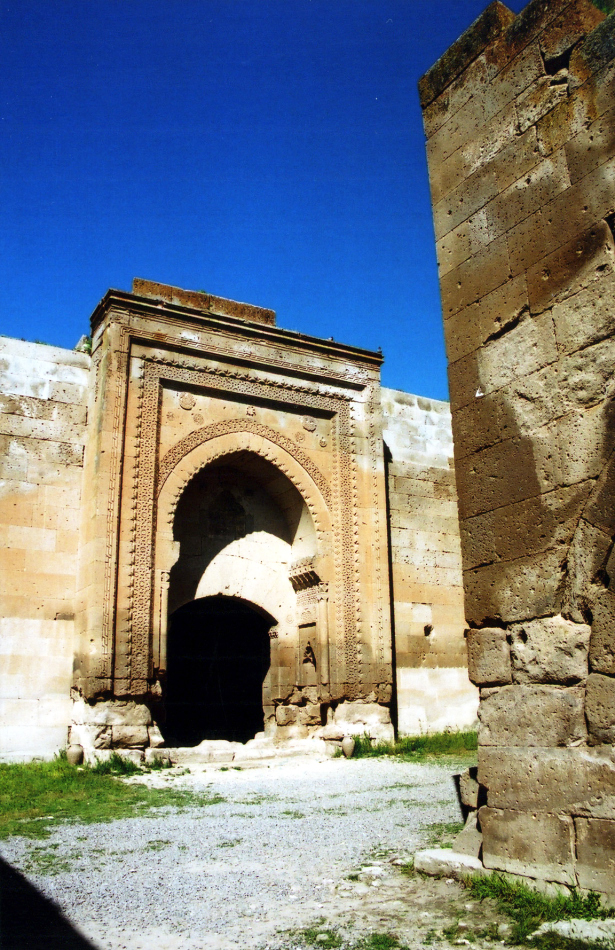 The entrance to the Summer Sleeping Quarters of the Agzikarahan Caravanserai must have witnessed uncounted caravan merchants passing through.

The main gate of the caravanserai was highly decorative.

We didn’t have time to tour the entire complex, especially the dark labyrinth like system of chambers.

Before returning to Goreme, we dropped by a site with wonderful fairy chimneys. 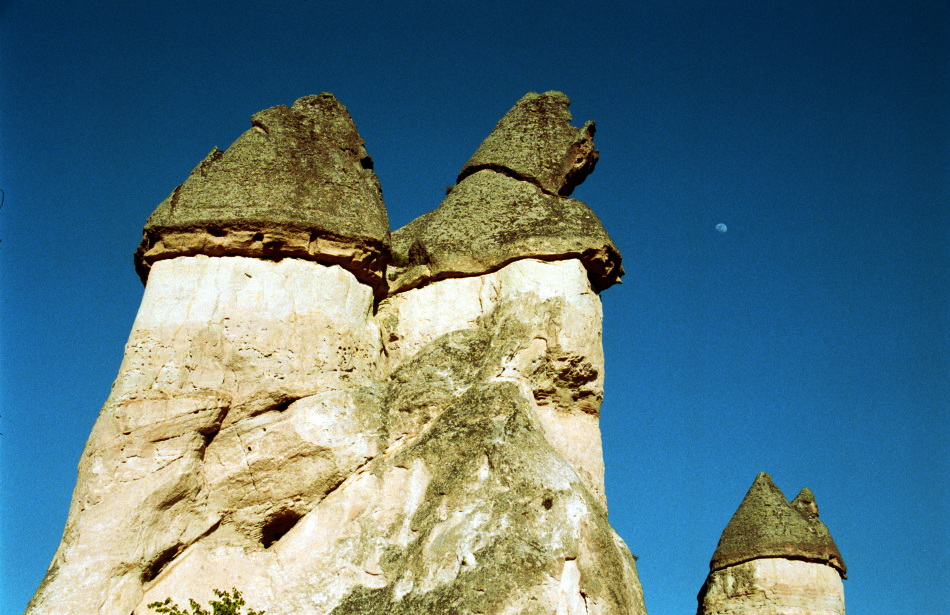 In the late afternoon, the lighting was just perfect. 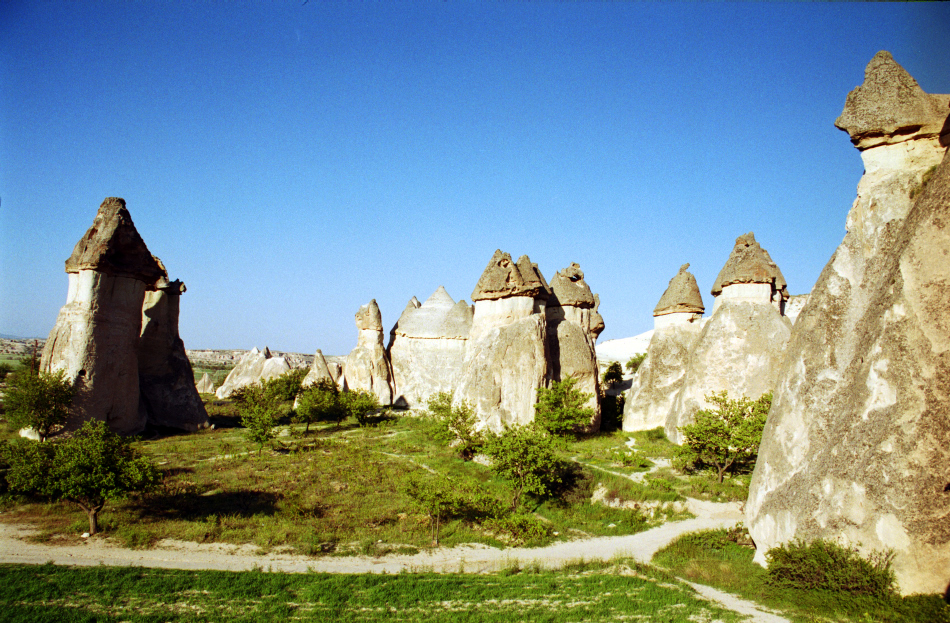 Similar to the Love Valley, the rock towers were created by erosion of volcanic rocks. 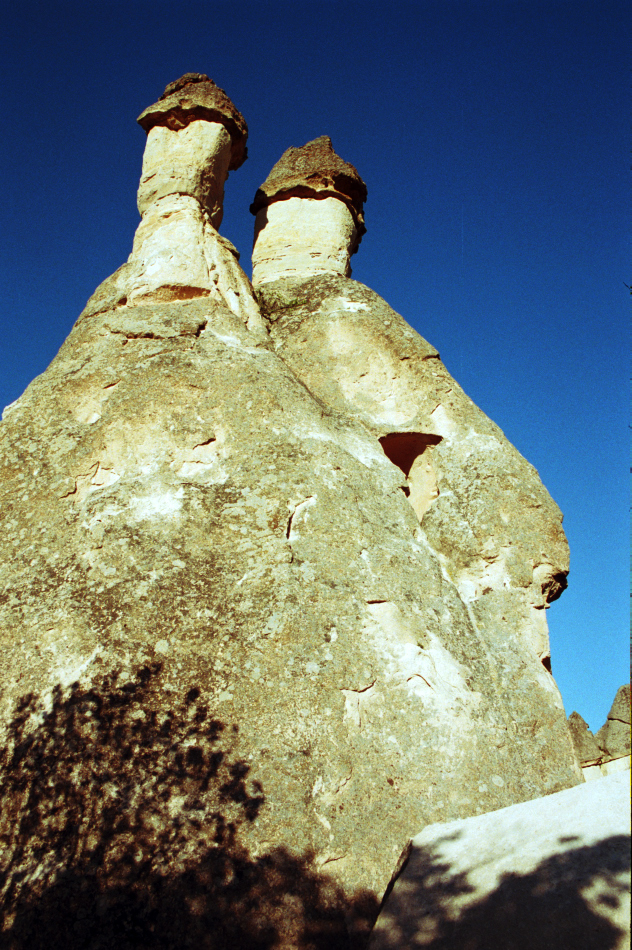 Because of the special qualities of the rocks in Cappadocia, many carved out small dwellings in the fairy chimneys.

The abandoned caves at the fairy chimneys reminded us the area was once occupied by inhabitants.

The moon came out already by the time we visited the fairy chimneys. 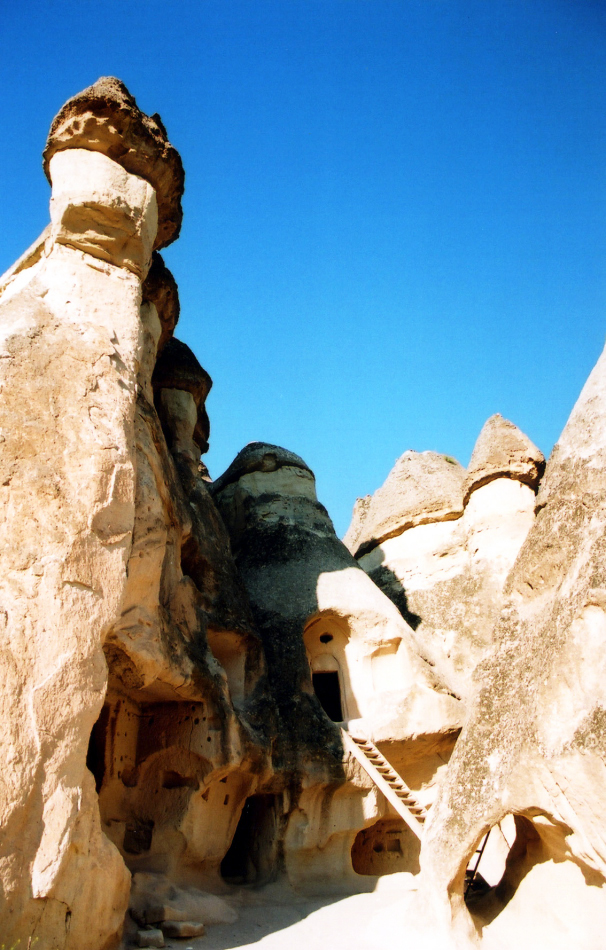 The cave dwellings of the fairy chimneys looks like a scene from movies such as the Star Wars. 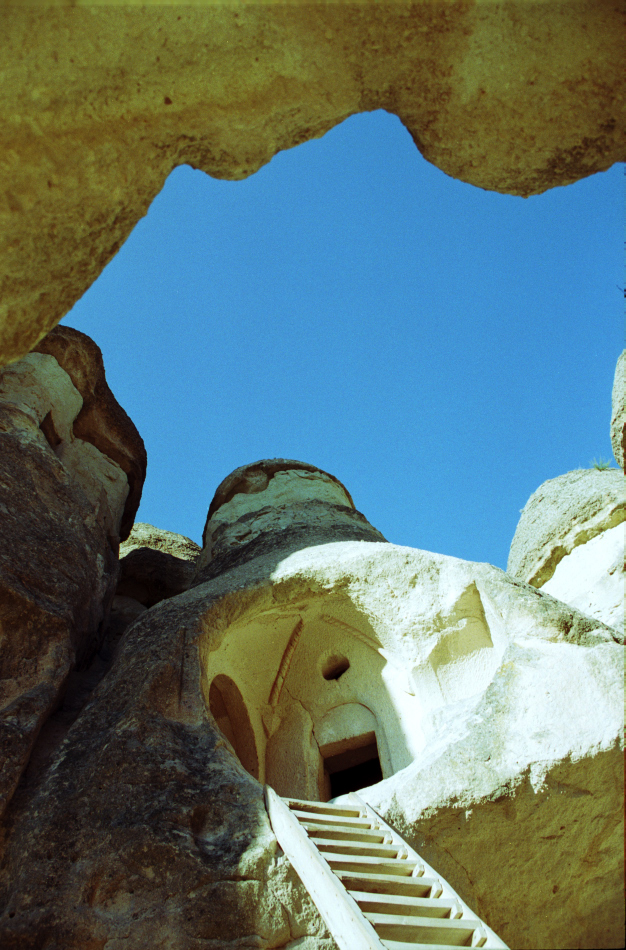 Some of the old caves could only be reached by ladder.

We had a moment of freedom to wander around the caves of the fairy chimneys. 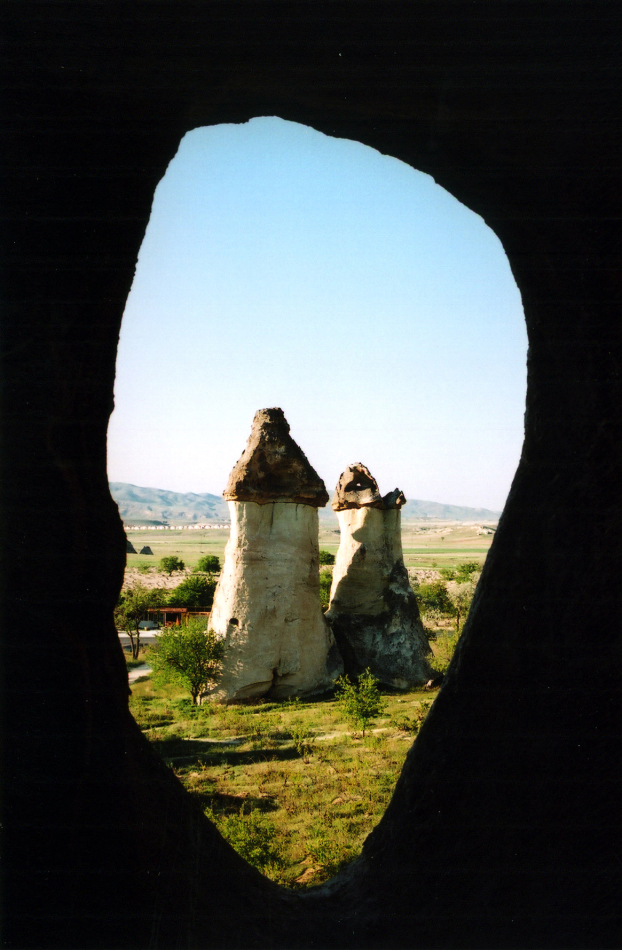 A cave with a perfect view. 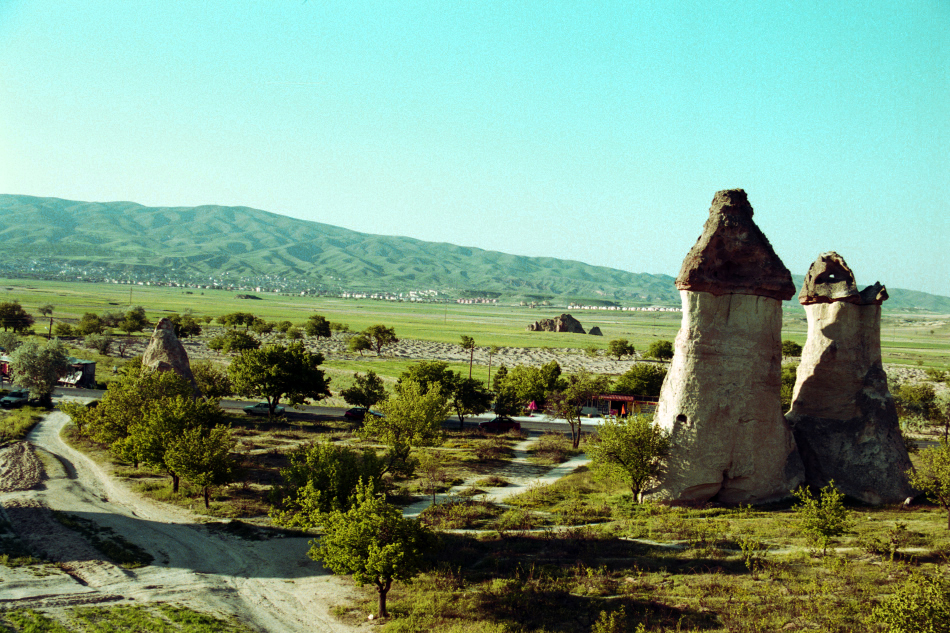 The fairy chimneys were located in the middle of nowhere.

It was pleasant to watch the surrounding shadows moved across the land in front.

A camel was placed among the fairy chimneys for tourists to pay a small tip and take photograph with the animal.