Below the acropolis hill of Pergamon stands the town of Bergama and the scattered ruins of ancient Pergamon.  A short taxi ride took us from the acropolis to the Red Basilica in Bergama.  Originally a temple built by Roman Emperor Hadrian dedicated to Egyptian deities, the basilica was later converted into a Christian church in the Byzantine era.  The brick structure itself is massive and red in colour, and hence the name Red Basilica.  Massive red brick structures were common in Roman Italy at that time, but was something rather new and unique in Asia Minor.  We stayed for roughly half an hour to appreciate the structure’s grandeur from the remaining archways and masonry shell.

Outside the Red Basilica, we had a quick bite at an pancake eatery.  The town was pretty laid back, with donkeys wandering on the street and artisans sitting in front of shops weaving carpet.  We ventured further uphill behind Bergama, passed by a military base, to the ruins of Asclepion, a medical complex in the Greek and Roman times.  Most of the remaining buildings we saw dated back to the Hadrian’s time.  There were theatre, pools, libraries, temples, and houses.  Patients who came to Asclepion were offered spiritual treatments at temples, as well as physical exercises and spa services at the adjacent facilities.  After a full day of sightseeing, we headed back to Izmir and then transferred to Selcuk.

At 21:00, we arrived at Selcuk Bus Station.  A guy named Michael approached us to sell us bus tickets.  At last, we bought from him tickets to Pammukale for the day after tomorrow.  The van from Homeros Pension finally arrived and took us to the beautifully decorated guesthouse. 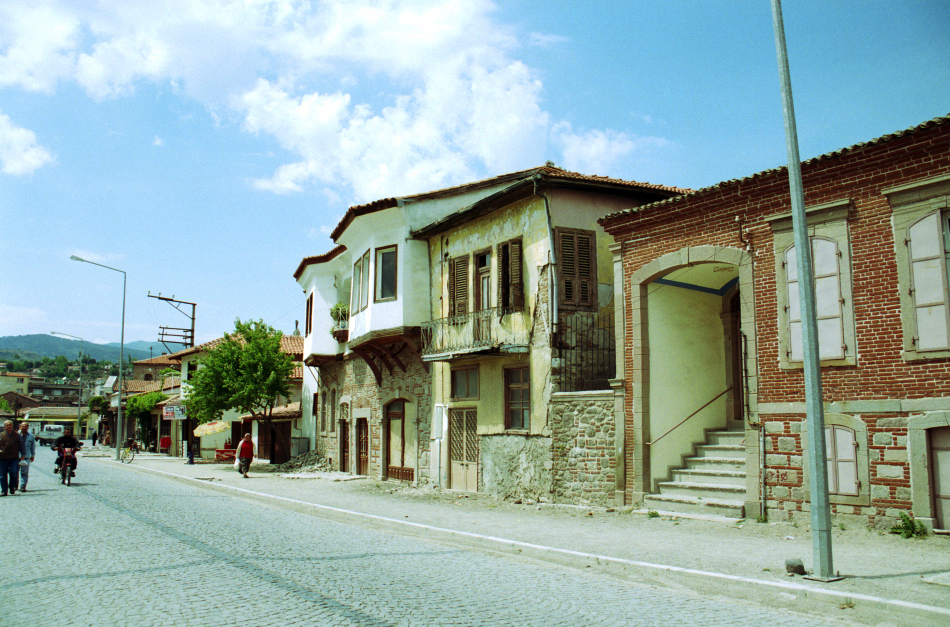 Bergama was quite a laid back town in the Aegean region of Turkey. 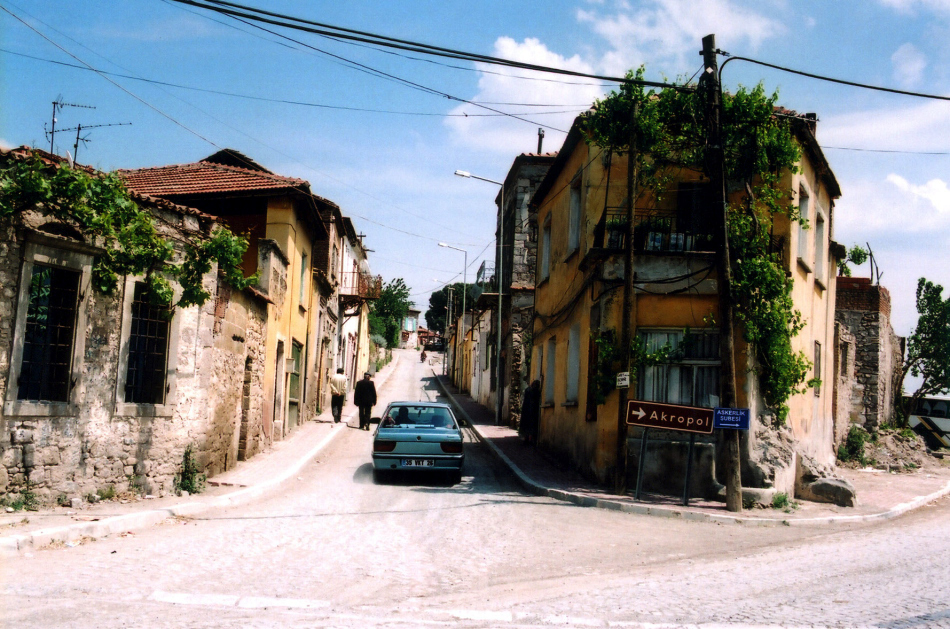 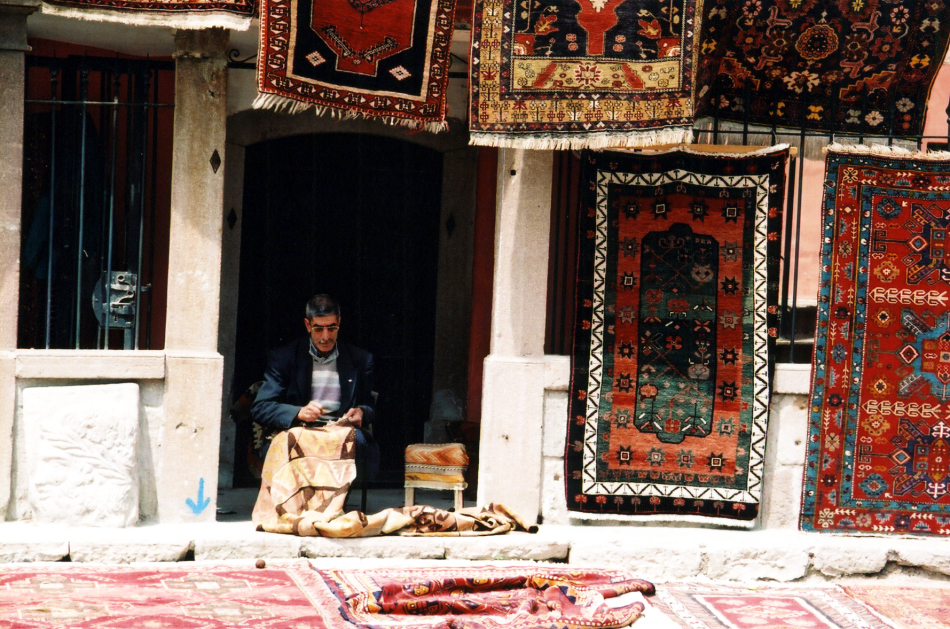 Dated back to the 11th century, Bergama is famous for its carpet weaving.  Most Bergama carpets are made with wool. 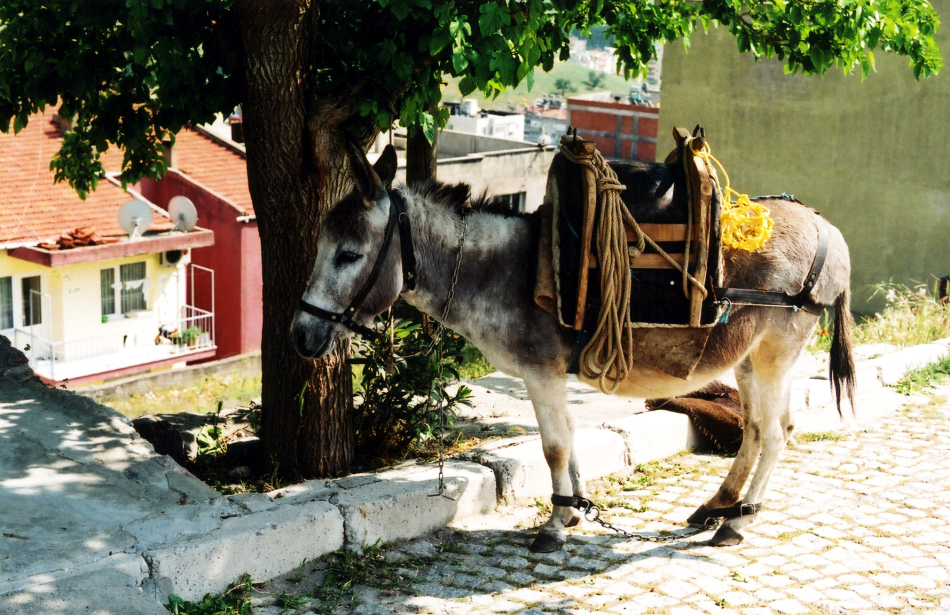 Donkeys and ponies were quite common in Bergama. 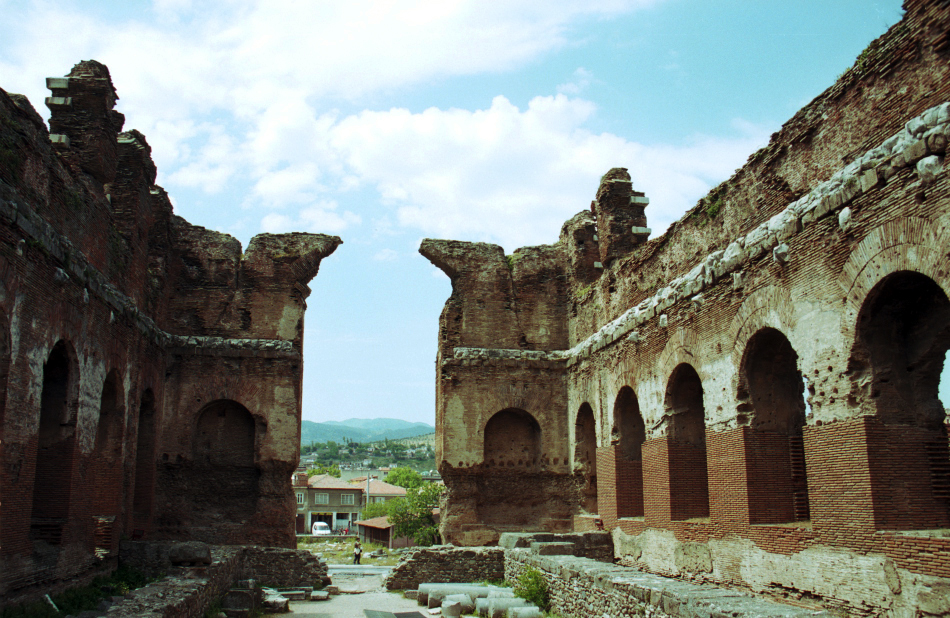 The Red Basilica was one of the largest surviving Roman structures in the Greek world. 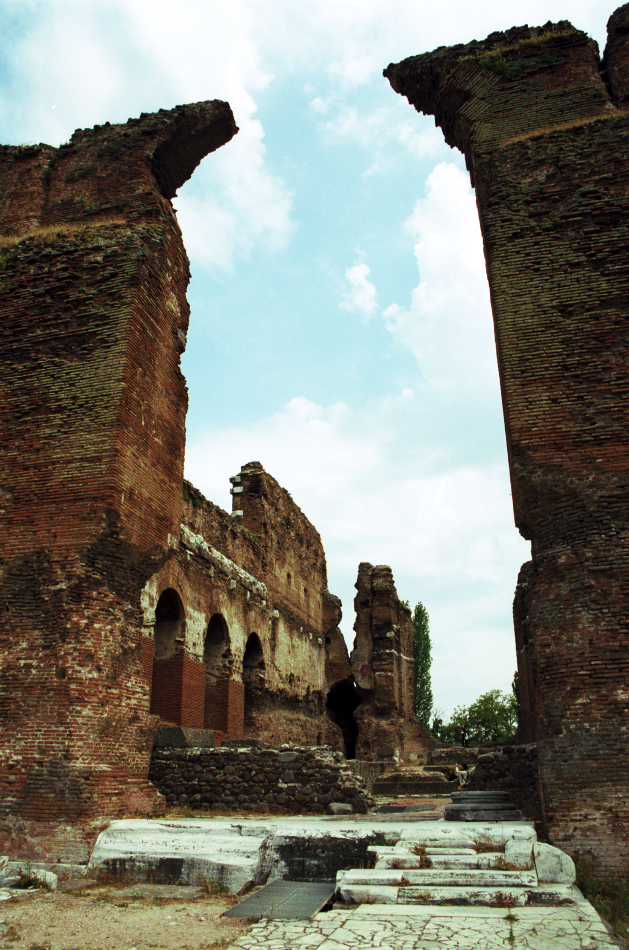 The enormous structure formed only a part of an even larger religious complex. 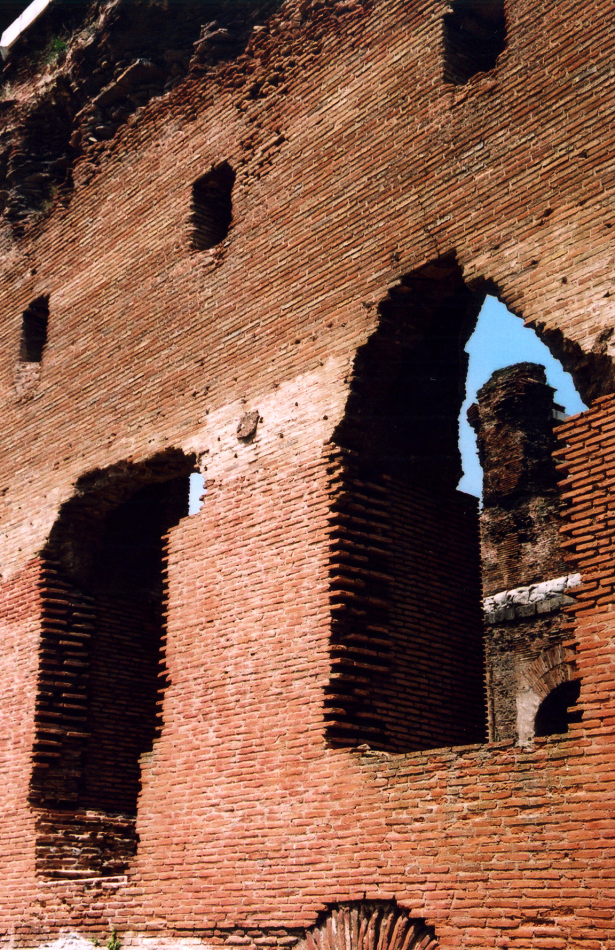 Unlike Ancient Rome, red masonry used in such enormous scale was something new in Asia Minor 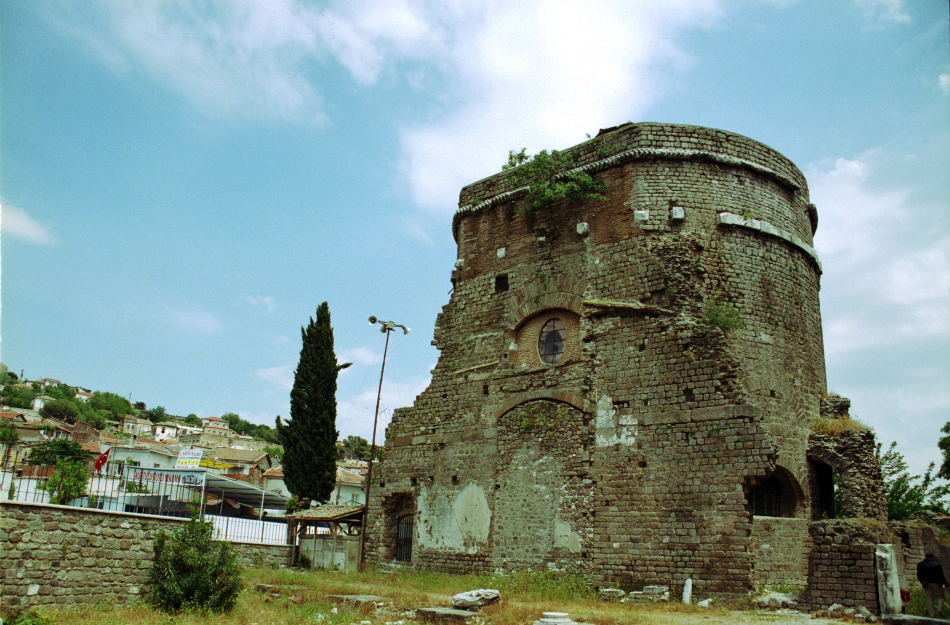 One of the rotundas of the Red Basilica is now occupied by a mosque. 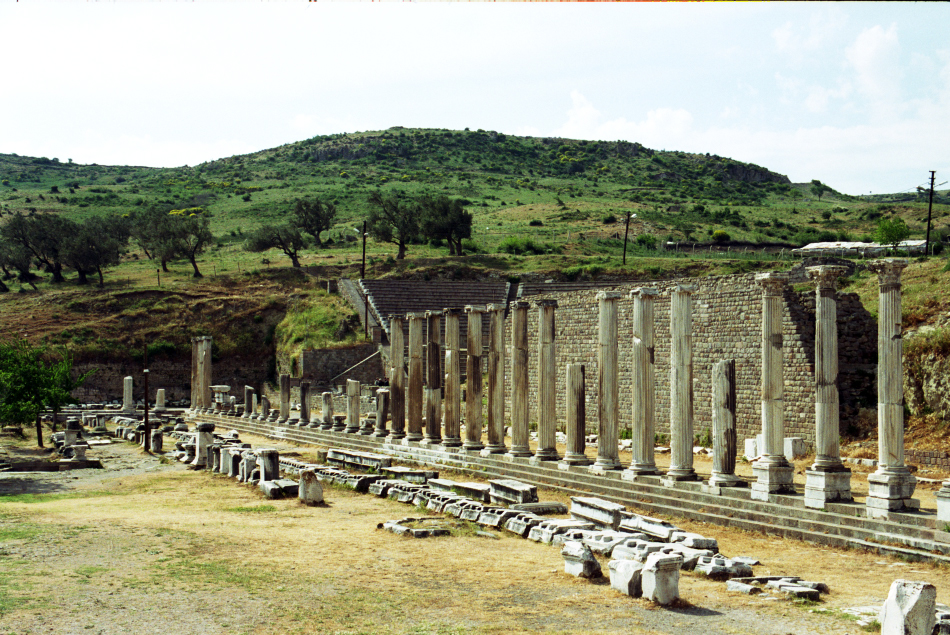 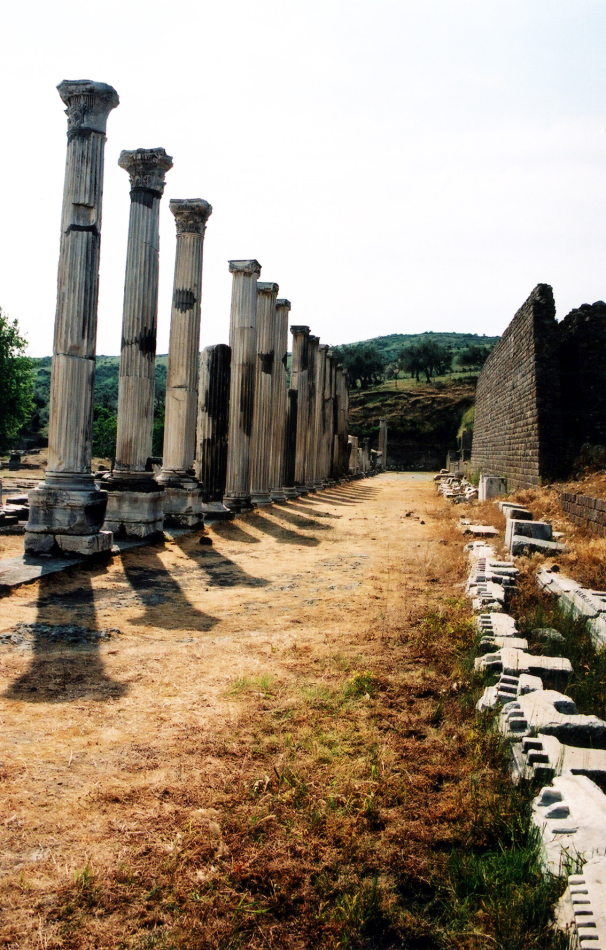 There were hardly anyone else when we visited Asclepion. 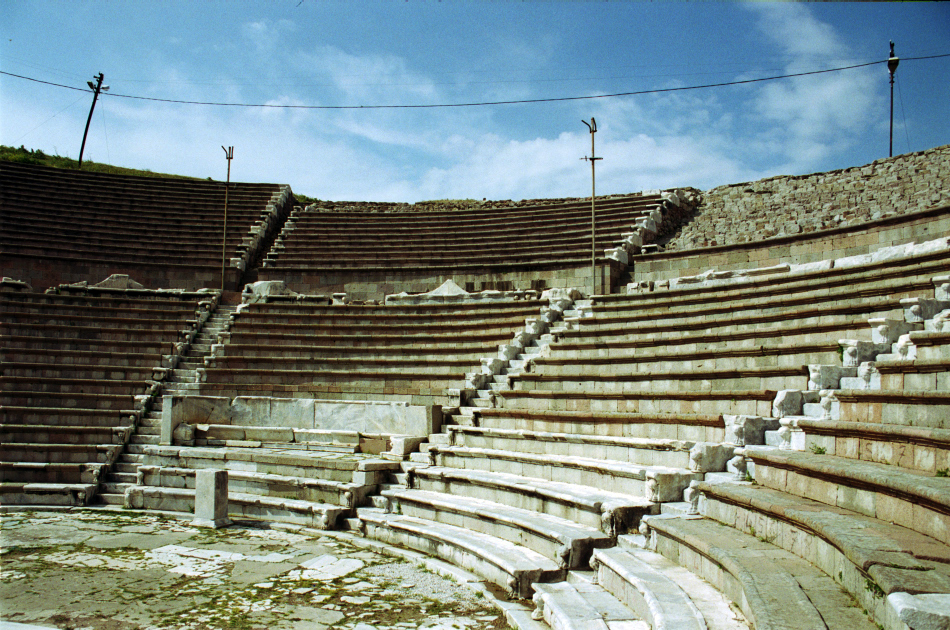 The theatre of Asclepion revealed that the ancient medical centre was once also served as a social venue. 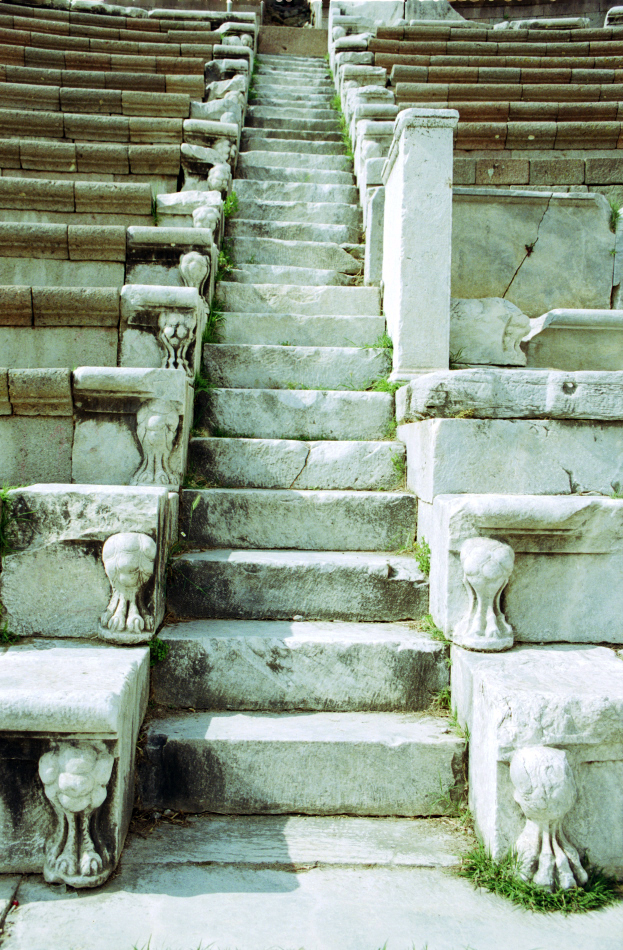 Fine details at the theatre stair. 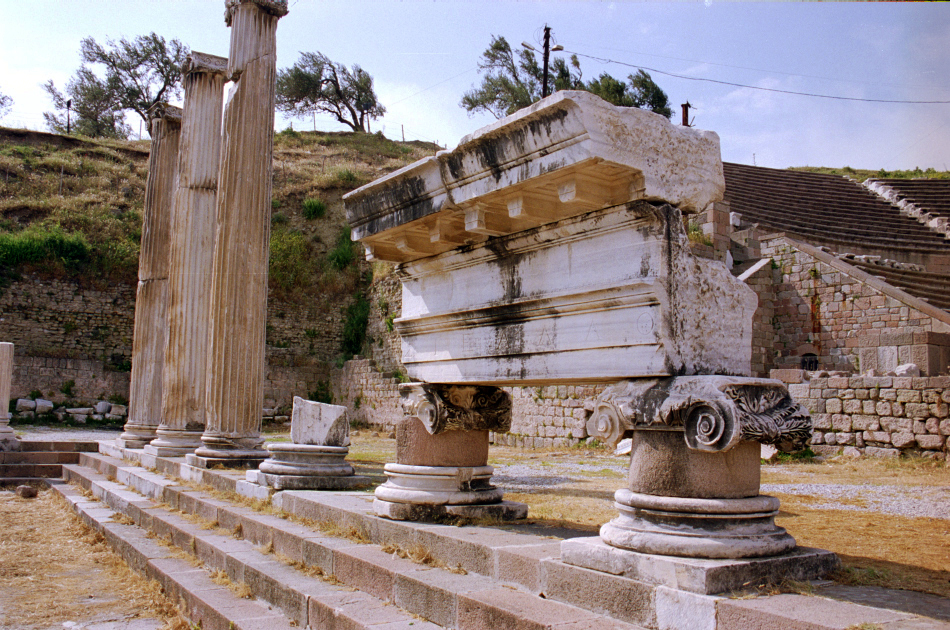 Ionic columns and remaining frieze and cornice could still be found at the ruins. 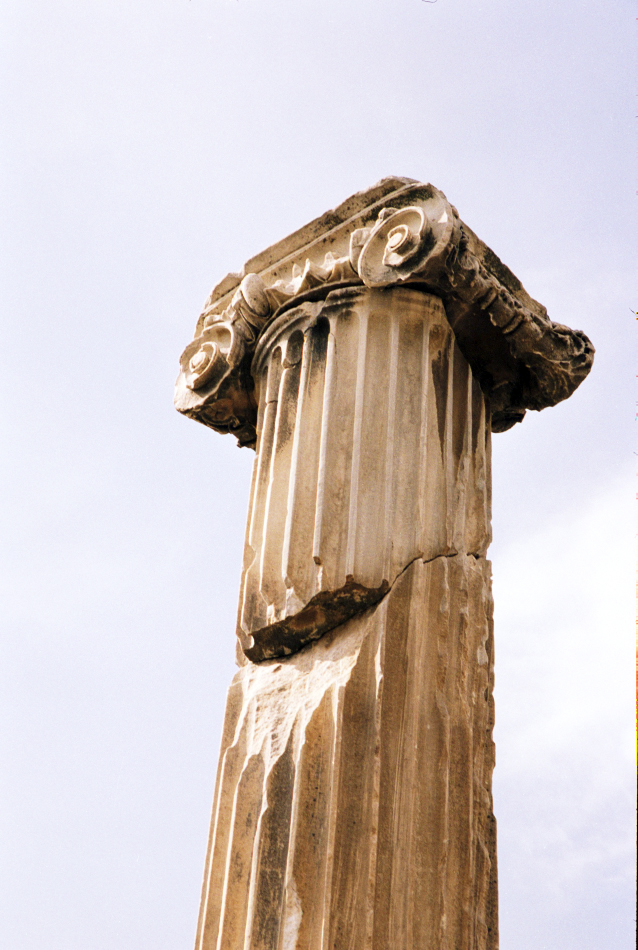 In times of Antiquity, Asclepion was the 2nd most popular medical treatment centres just after Epidauros in Greece.