In 1459, six years after the conquest of Constantinople, Ottoman Sultan Mehmed II began the construction of Topkapi Palace.  The palace remained as the main royal palace of the Ottoman sultans until the 18th century, when sultans preferred to stay in their new palaces along the Bosporus.  Similar to other royal palaces around the world, Topkapi has become a huge draw for international tourists nowadays.  We spent part of the morning to tour around the complex, which is consisted of four main courtyards and many small buildings.  Many visitors consider the small museum housing the treasures of former sultans the highlight of the palace, though the intriguing architectural details of the Ottoman architecture are equally interesting.  We didn’t spend time to see every single building and rooms in the complex, but we spent quite a bit of time at the Harem, the inner court of the palace.  It was at these royal private apartments that we came face to face with the lavish decorations of imperial Ottoman architecture.  Over the past few years, the palace has been undergoing massive renovations.  Tens of millions of dollars have been spent to bring back the former glory of the palace.

The Gate of Salutation serves as the main entrance to the Topkapi Palace Museum.

A series of courtyards lead visitors into the inner section of the palace.

The Courtyard and Apartment of the Black Eunuchs housed the black eunuchs from Central Africa.  They were in charge of the security of the Harem (inner court). 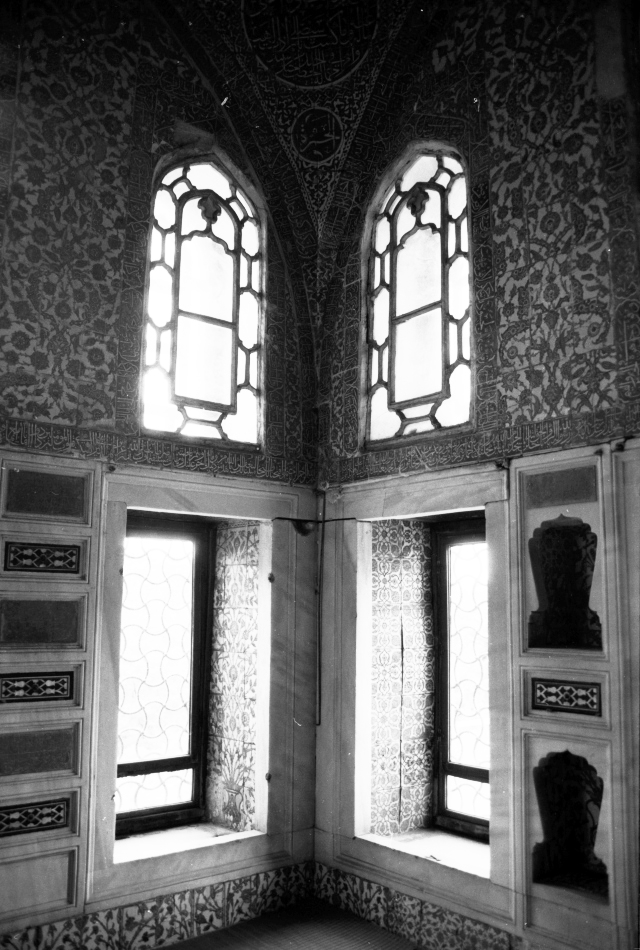 Built in 1608 by Ahmed I, the Privy Chamber of Ahmed I features beautiful green Iznik tiles and window shutters.

The Twin Kiosk, also known as Apartment of the Crown Prince, was built in the 1700s.  There is an elegant fireplace in the middle. 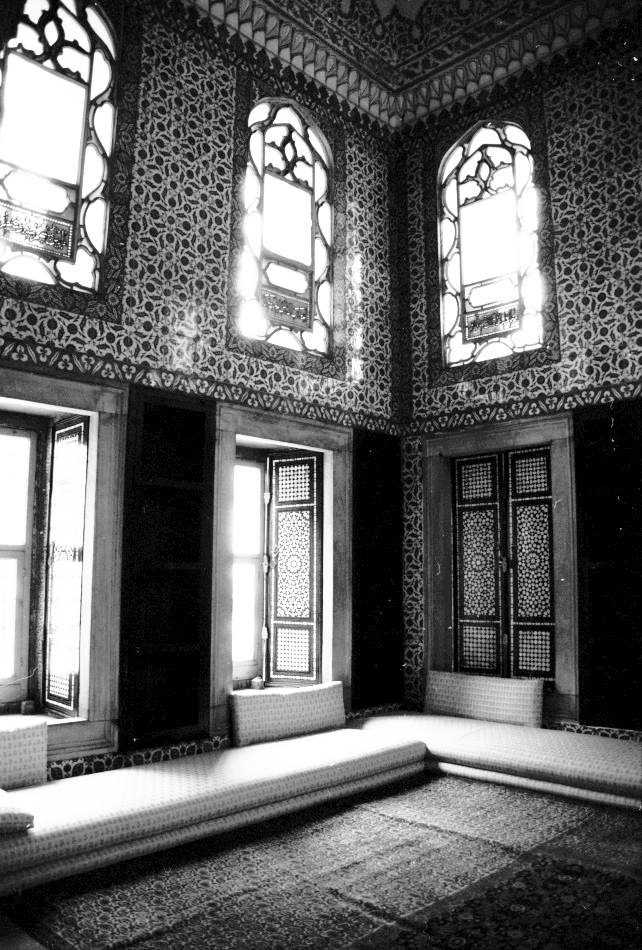 Window shutters are inlaid with mother of pearl and ivory.

Magnificent window shutter of the Twin Kiosk enclosed the seclusive life of the Crown Prince.

The Twin Kiosk is decorated with Iznik tiles and richly painted ceiling.

The Twin Kiosk is one of the best examples of the richly decorated buildings in the Harem. 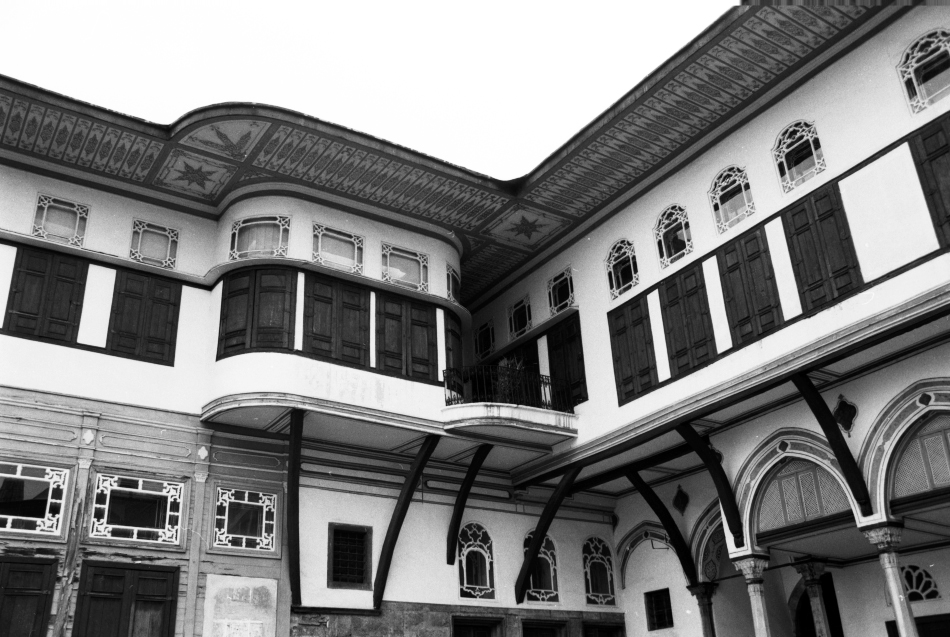 Next to the Twin Kiosk, the Courtyard and Apartment of the Favorites was built by Osman III in 1754.  After touring the Harem, we left the palace and moved on to visit the other sights in Fatih.