In less than an hour of ferry from the commercial centre of Hong Kong lies the island of Cheung Chau, home to a former fishing community, a legendary pirate treasure trove, dozens of seafood restaurants, and the biggest annual Taoist Dajiao (打醮) festivals in Hong Kong, the Bun Festival (太平清醮).  Originated from a series of religious rituals seeking for protection from local deities after a plague broke out in the 19th century, the Bun Festival held annually on Buddha’s Birthday has been simplified and evolved into one of Hong Kong’s most famous intangible cultural heritage events, along with Tai Hang’s Fire Dragon Festival, Tai O Dragon Boat Water Parade, etc.

The parade began at Pak Tai Temple, the patron god of the fishermen community of Cheung Chau. 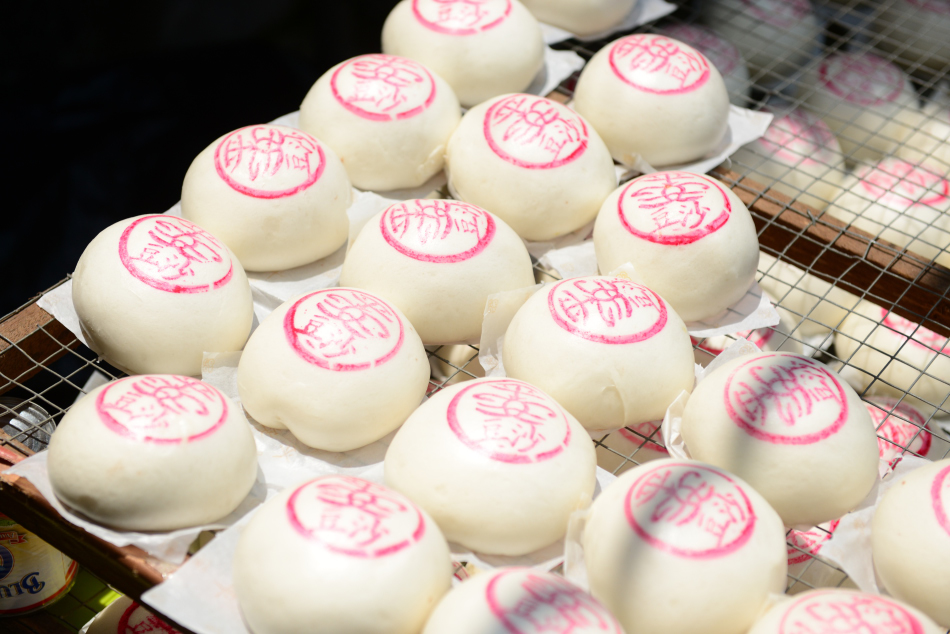 In the back lanes we chanced upon a workshop making the festival’s fortune bun.  The workshop owner suggested the plaza where the parade groups would make a turn as ideal spot to watch the parade.

We met a local lady at the plaza and she kindly found us a chair at the front row sitting right beside her.  The first thing that caught our eyes was a qilin dance from one of the street communities on the island. 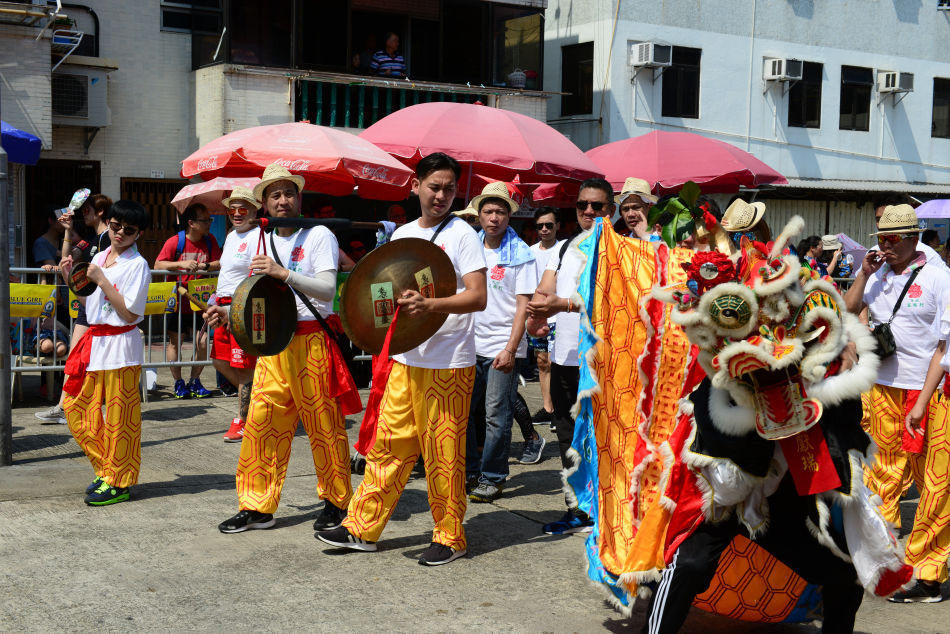 Basically the parade consisted of groups from different street communities of Cheung Chau.

Small statues of deities were taken out from temples and paraded around the main streets of the island. 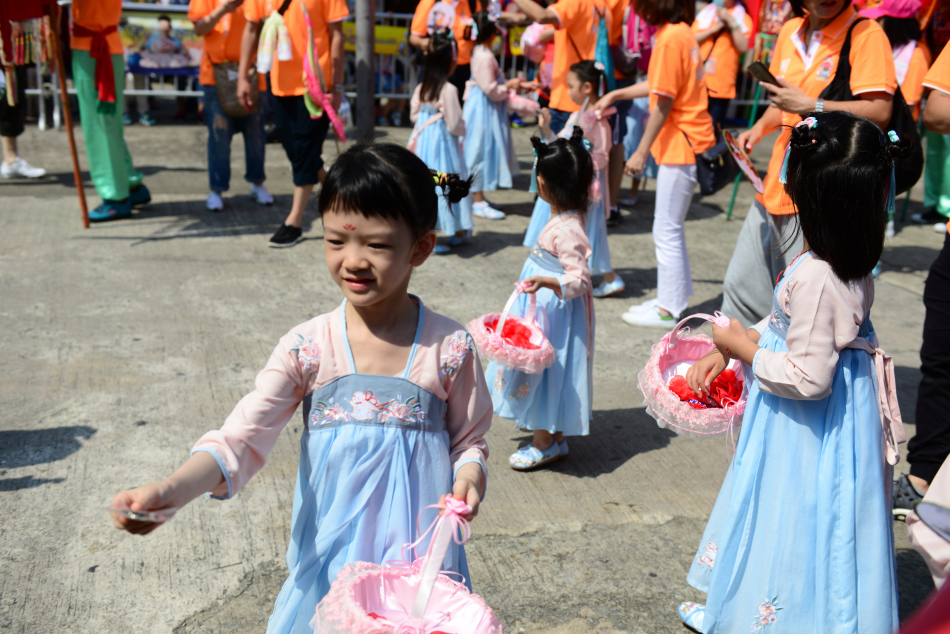 Local children were dressed in traditional costumes and gave out souvenirs.

All parading groups were dressed in vivid colours. 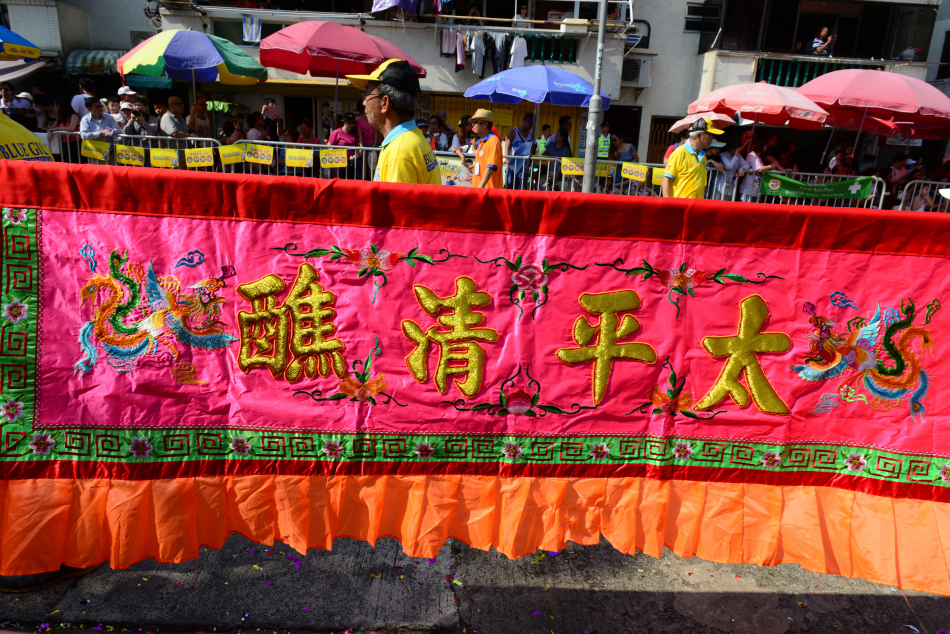 Beautiful banners of the festival are taken out once a year. 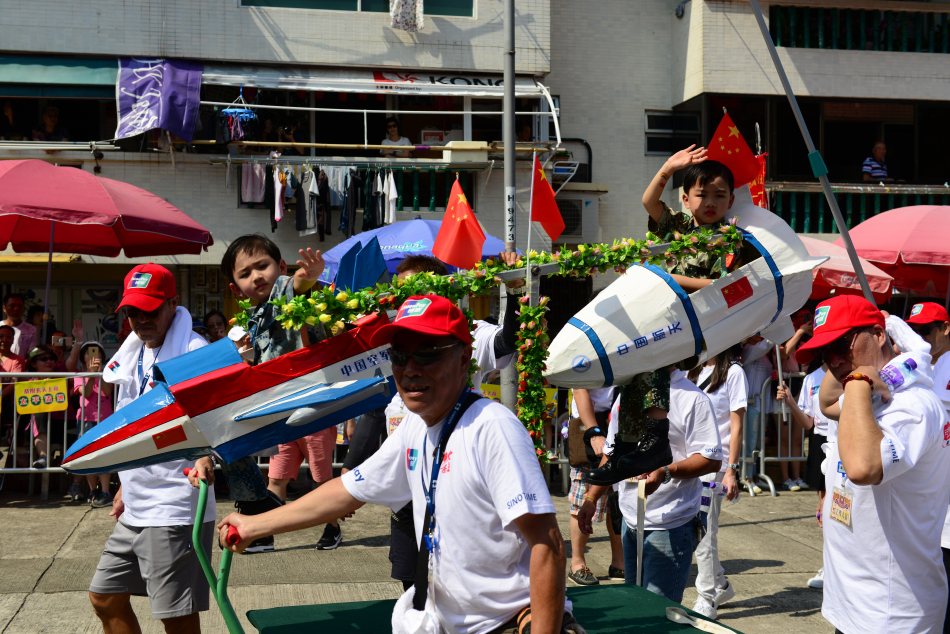 Known as Parade of Floats (飄色), selected children are dressed in different costumes and raised with hidden metal supports.  Along with the ones in traditional costumes, each year some children would dress in costumes related to contemporary trends or current affairs.

This year, two were dressed like the chief executive of Hong Kong, one as Theresa May, one Buddha, one Super Mario, a group of characters from Jin Yong (金庸)’s The Heaven Sword and Dragon Saber (倚天屠龍記), etc.

A girl dressed in costume related to a historical TV series.

Another girl dressed as the chief executive of Hong Kong. 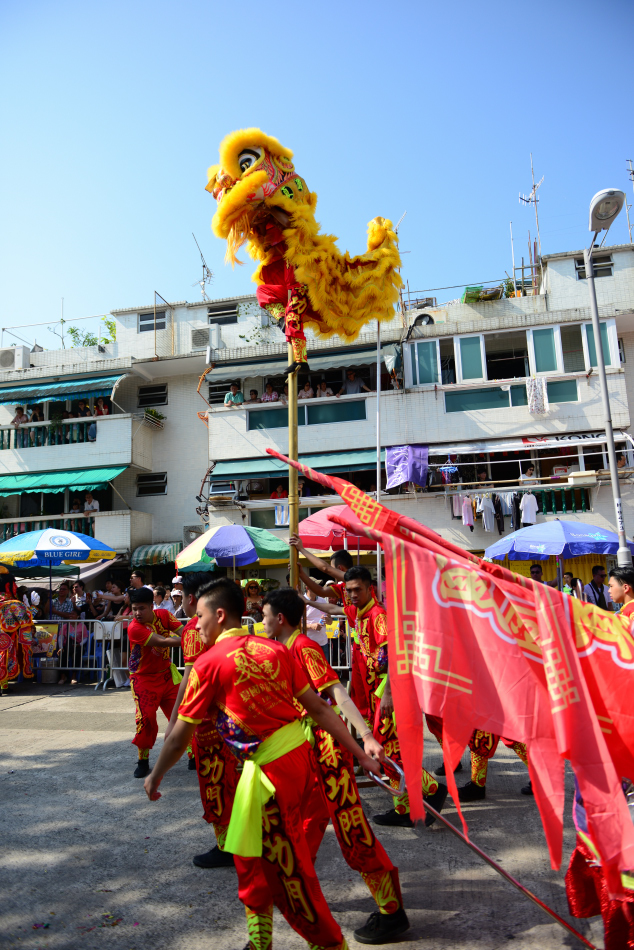 Though the traditional lion dances on bamboo were even more impressive.

Brave lion dancer performed different moves on tall bamboo poles that were controlled and moved by his other teammates on the ground.

The parade was a mixture of traditional heritage, current affairs, and community groups. 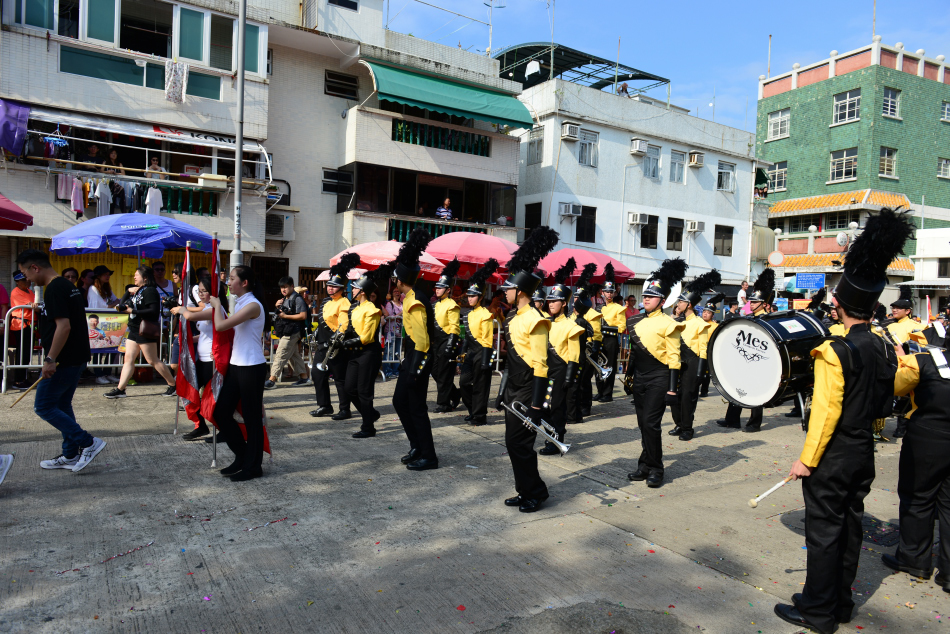 Parade band dressed in yellow and black performed along the street of Cheung Chau.

Inevitably, buns were used as a parade feature.

After the parade, we met the qilin dance group once again in the side street.

Approaching sunset, we returned to the forecourt in front of Pak Tai Temple.

Similar to 2014, there were three big traditional paper figures in the festival ground. 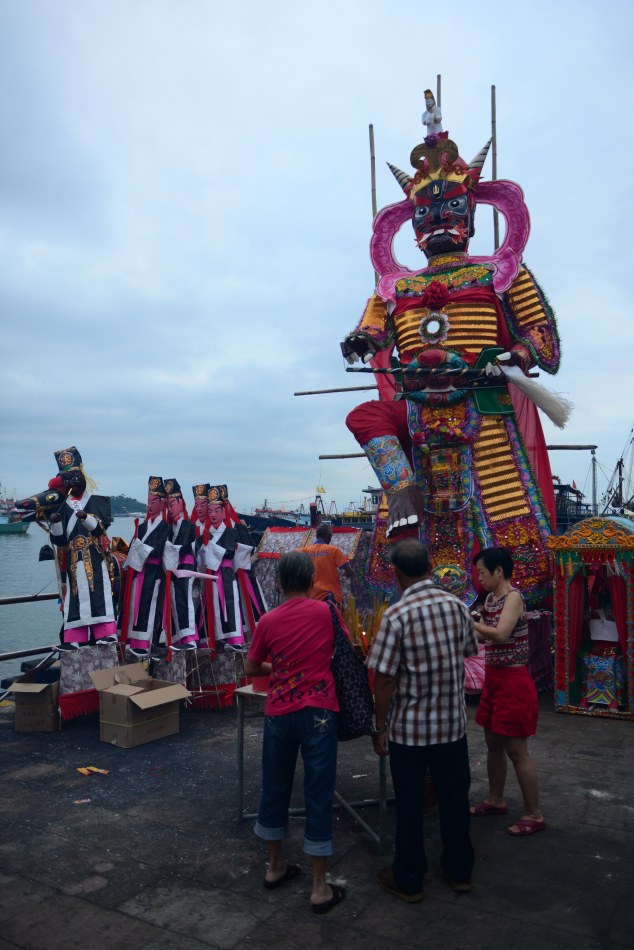 Some of the paper figures were moved to the waterfront for the burning rituals.

By the sea, offerings and lanterns were placed for all wandering ghosts.