After a brief rest at our hotel, Win Thu came to pick us up for another temple visit.  We went further down Anawrahta Road from Nyaung-U towards Old Bagan to visit one of the most prominent icon of Bagan, the Ananda Pahto (Temple).   Built between 1090 and 1105 by King Kyanzittha, the wonderfully preserved temple is often considered to be one of the finest structures in Bagan.  The iconic golden spires of Ananda were not always golden.  In fact, they were gilded in 1990 on its 900th anniversary.  The exterior walls of the temple, on the other hand, were whitewashed from time to time.  Four large standing Buddha were housed in the temple, each facing one of the four cardinal directions.  The north and south facing images were said to be the original which were crafted in Bagan style.  The east and west ones were replacements after the original ones were destroyed by fire.  All four Buddha images were made of teak wood and covered with gold leaves. 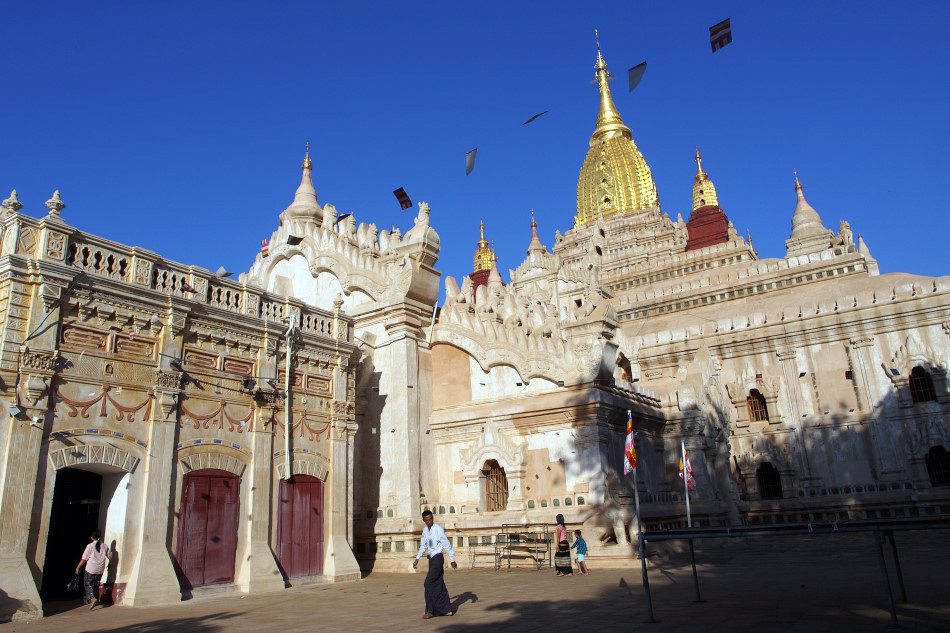 We took off our shoes before entering the entrance hallway.  Led by our guide Win Thu, we walked into the courtyard of Ananda Pahto and were immediately amazed by the grandeur of the temple.  The golden spires glowed under the late afternoon sun.

Before entering the temple, Win Thu took us to see the famous glazed terra-cotta tiles along the lower terraces of the structure.  Hundreds of these well-preserved tiles depicted the Jataka tales (stories of previous births of Gautama Buddha in human and animal forms). 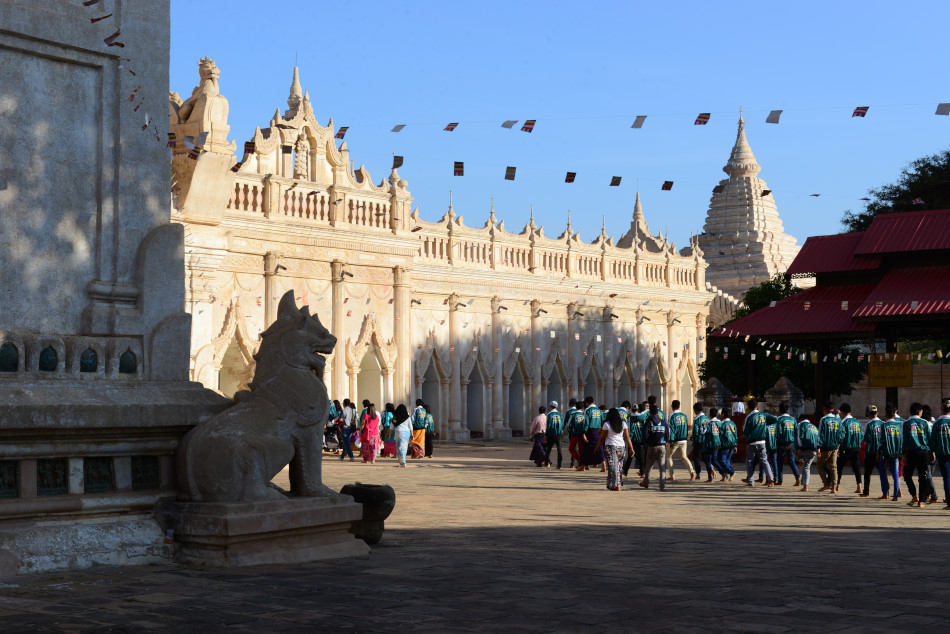 While we examined the glazed tiles, a large group of school students arrived into the temple courtyard. 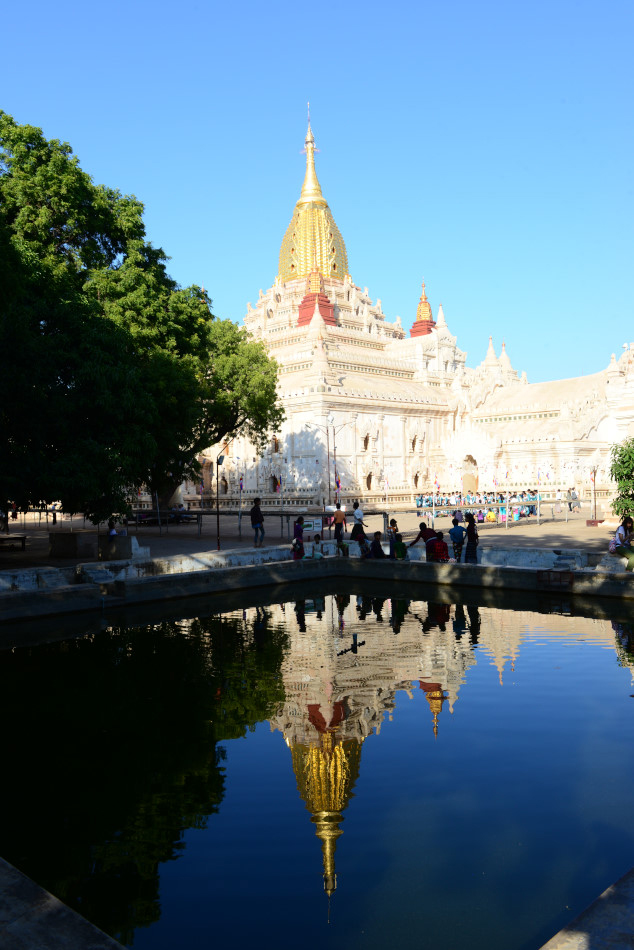 Before going inside, we walked to the far corner to see the reflection of Ananda Pahto in a pond. 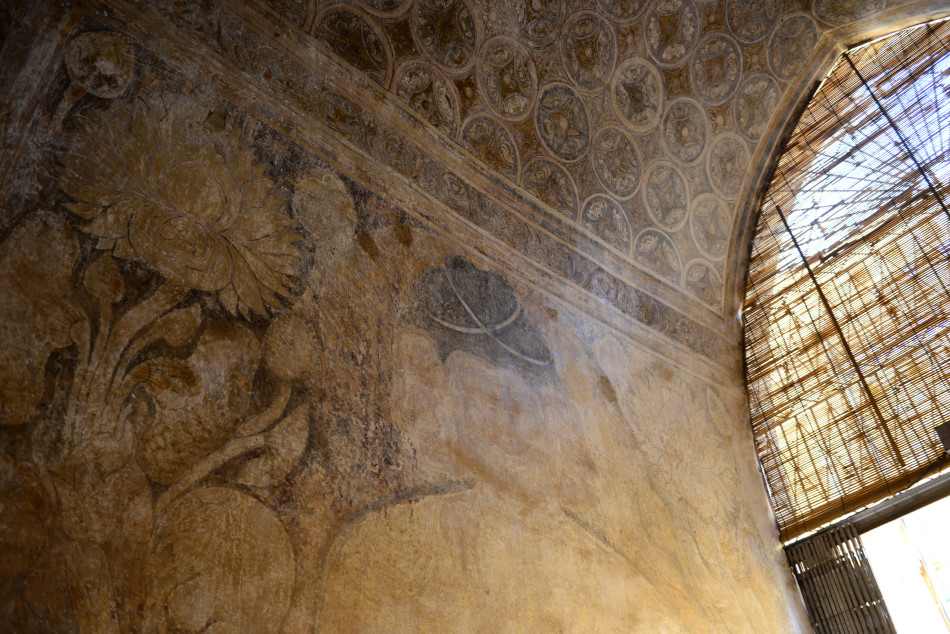 The first thing captured our attention as we entered the west entrance of the temple was the exquisite fresco. 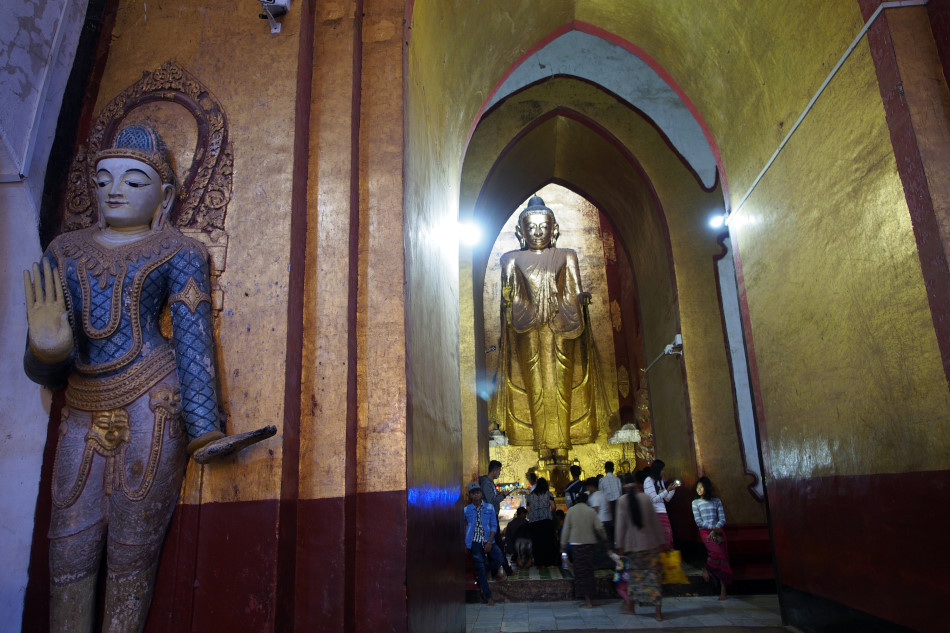 Peeking through the pointed archway we could see one of the four magnificent standing Buddha.

Facing west, Gautama Buddha (present Buddha) greets visitors with a hand gesture of fearlessness.  This is one of the later replacements for the original statue, showing carving details in Mandalay style.

The enormous teak wood doors at each of the four main entrances look splendid but should be quite heavy to operate.

The core of the temple is a solid cube surrounded by long passageway, connecting the four worship halls where the large Buddha stand.

Natural light lit up the passageway through pointed arch openings.

Fresco and relief carvings depicting the life of the Buddha are all over the walls of the passageway.

Buddha statues with different hand gestures, postures, and facial expressions convey a unique meaning and a stage in life of the Buddha.

Facing north, the Kakusandha Buddha is the fourth of the Seven Buddhas of Antiquity and the first of the five Buddhas of the present aeon.  This statue is one of two original statues from the Bagan period. 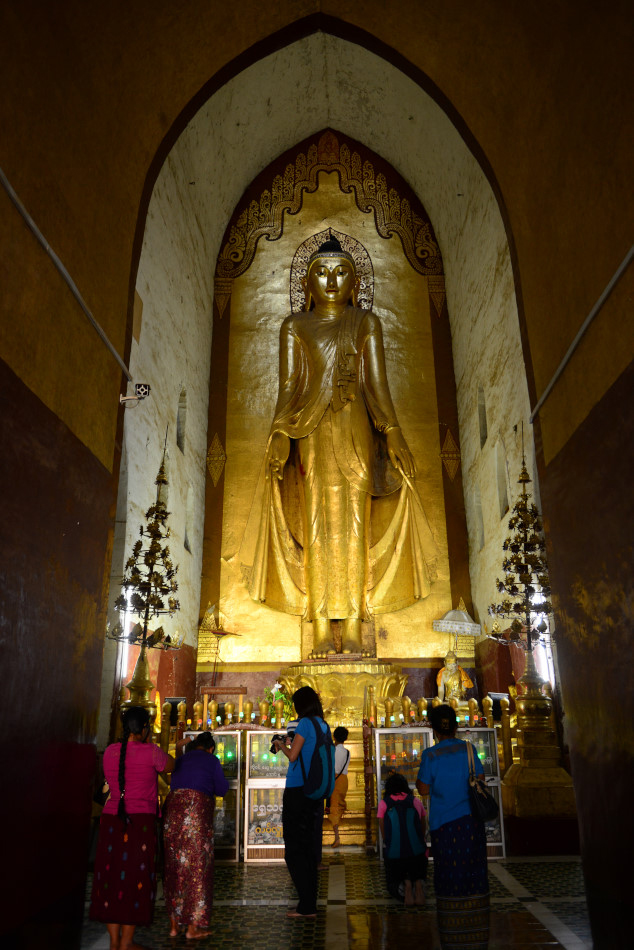 On the other hand, the east facing Konagamana Buddha (the fifth of the Seven Buddhas of Antiquity and the second of the five Buddhas of the present aeon) is a later replacement of the destroyed original.

We exited the temple after checking out the south facing Kassapa Buddha.  The Kassapa Buddha is the sixth of the Seven Buddhas of Antiquity, and the third of the five Buddhas of the present aeon.

Before leaving temple, Win Thu explained various forms of reclining Buddha, differentiating between when the Buddha was taking a nap and when he was attaining parinirvana upon his death. 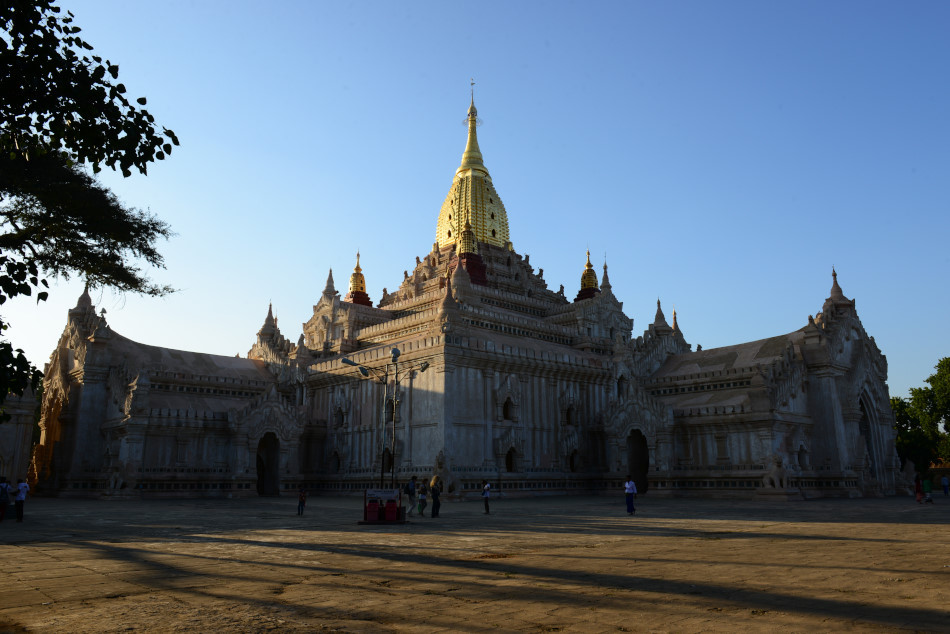 The Ananda Pahto under the late afternoon sun was glorious.  Despite we were barefoot, we still enjoyed walking around the temple compound to photograph the beautiful architecture. 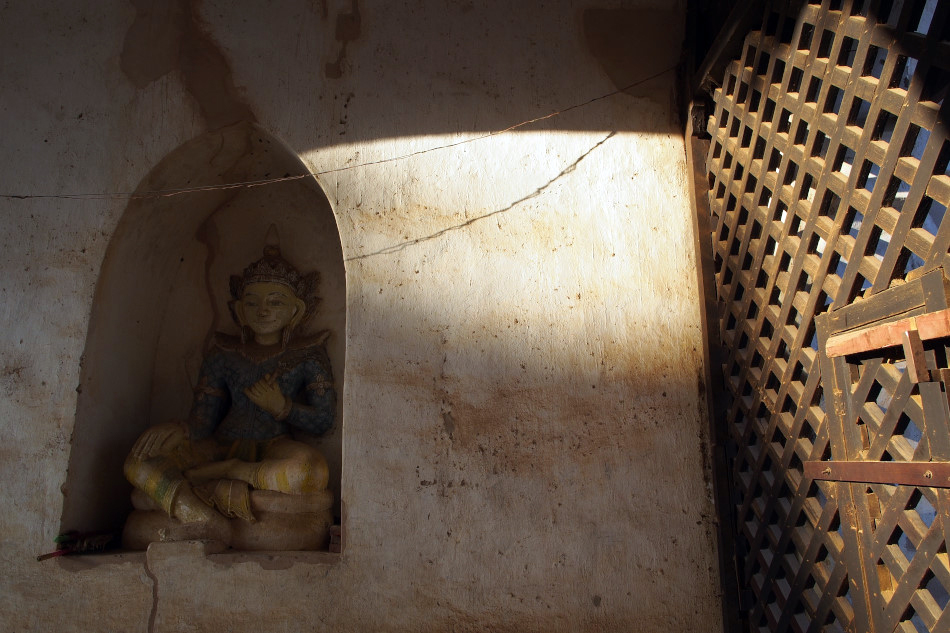 At a far corner by a back exit, we stopped by a gate with a niche and small statue.

Looking back over to the temple, the sun was setting fast.  We decided to move on to another spot to watch the sunset over Old Bagan.

It was still pretty busy at the entrance of the Ananda Pahto when we exited the compound.  Behind us, the splendid golden spires of Ananda glowed under the western sun.