The sky wasn’t as clear as the morning when we arrived at Lake Chuzenji (中禅寺湖).  In our Nikko day trip from Tokyo, Lake Chuzenji was our last destination of the day.  The scenery of Lake Chuzenji is dominated by the magnificent Mount Nantai (男体山 or 二荒山), an active stratovolcano that had erupted 7000 years ago.  If visiting in the autumn, we can take the Tobu bus up to the lookout of Mount Hangetsuyama (半月山) to enjoy a fantastic view of the conical volcano and its perfection reflection in the lake.  Since the bus only operates in the autumn months and we didn’t want to hire a car just for the lookout, we decided to enjoy Lake Chuzenji by doing a short walk along the southeastern shore to the former British and Italian Embassies.

From the bus station, it was only a five minute walk to the shore of Lake Chuzenji. 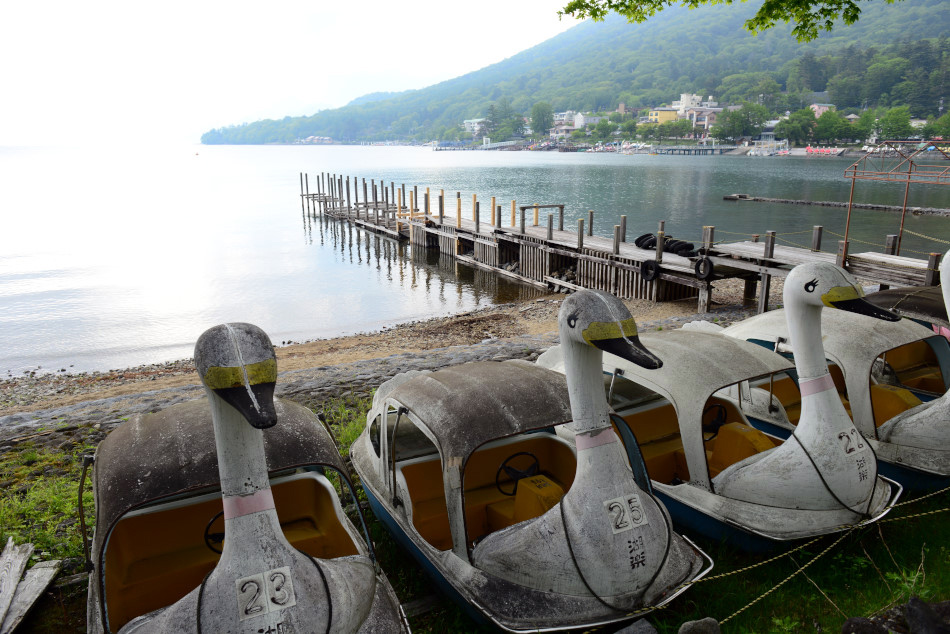 We walked along the southeastern shore of Lake Chuzenji and passed by many swan pedal boats.

Soon we reached the entrance of Chuzenji Temple (中禅寺), the Buddhist temple that gave the name to Lake Chuzenji. 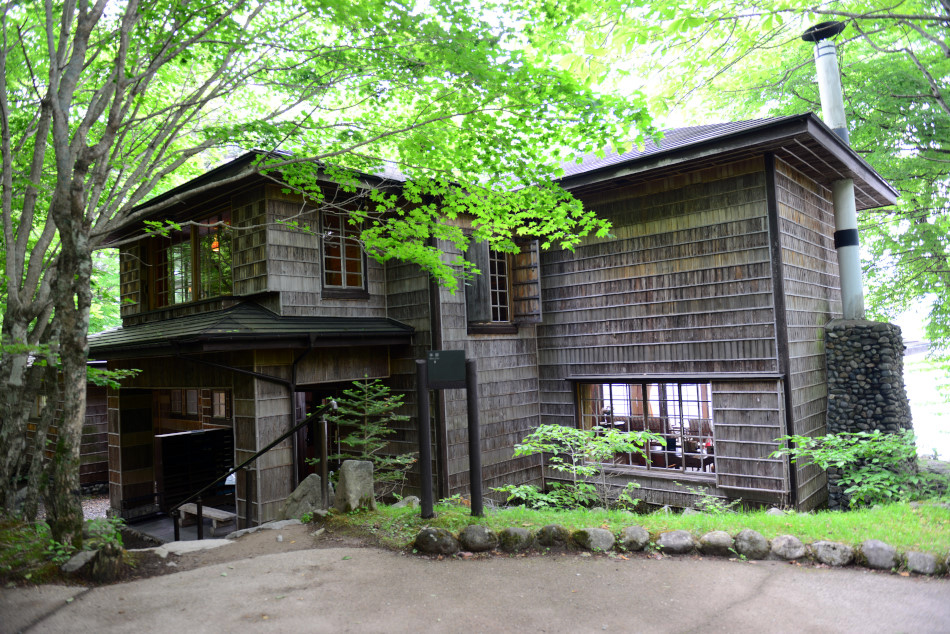 Another short walk from Chuzenji Temple brought us to our destination of the afternoon, the former Italian Embassy.  Designed by American architect Antonin Raymond, the villa was built in 1928 as the summer villa for the Italian Embassy in the past.  Antonin Raymond cladded the entire building with Japanese cedar bark, a local material from the area.

Today, the building becomes a museum for the public. 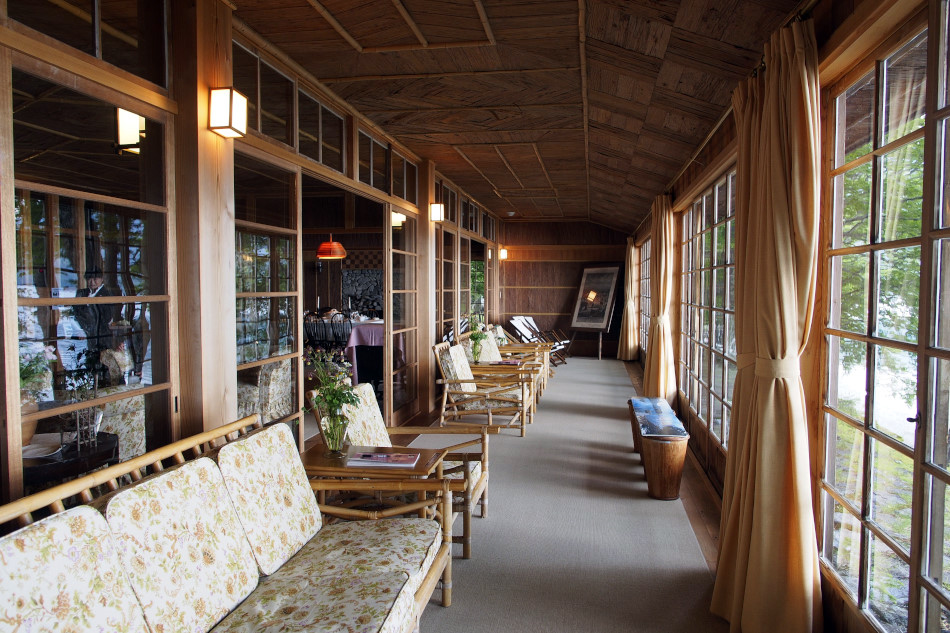 The Viewing Hallway on the ground level allowed a magnificent panorama view of the lake.

There are three bedrooms on the upper floor.  The decor is simple and elegant.

After touring the Italian Embassy Villa, we walked down to the landscaped area by the shore.

A timber jetty outside the Italian Embassy Villa brought us closer to the lake.

From the jetty, we could see the sacred Mount Nantai (男体山 or 二荒山).  The lake was extremely peaceful with super clear water.

We walked back towards the starting point of our short walk.  Soon, we reached the jetty of another old western villa, the former British Embassy Villa. 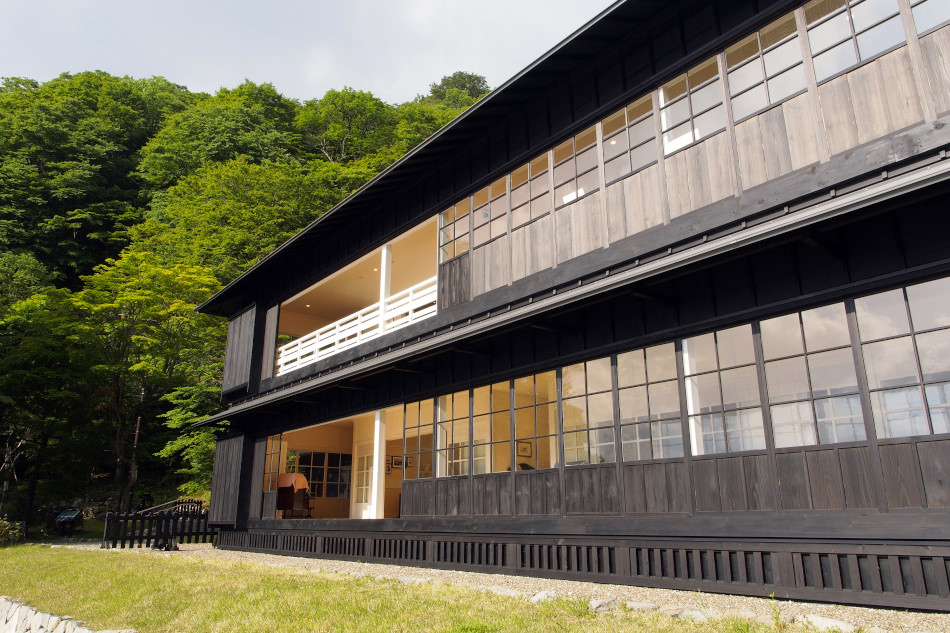 Similar to the Italian Embassy Villa, maximizing the panoramic views of the lake seemed to be the main concept of the house design.

The viewing hallway of the British Embassy Villa was equally impressive with the beautiful scenery of the lake.

After the embassy villas, we walked slowly back to the village of Chuzenji where we got off the bus.

We were way too early to see the fall colours, but instead we saw some beautiful flowers along the way. 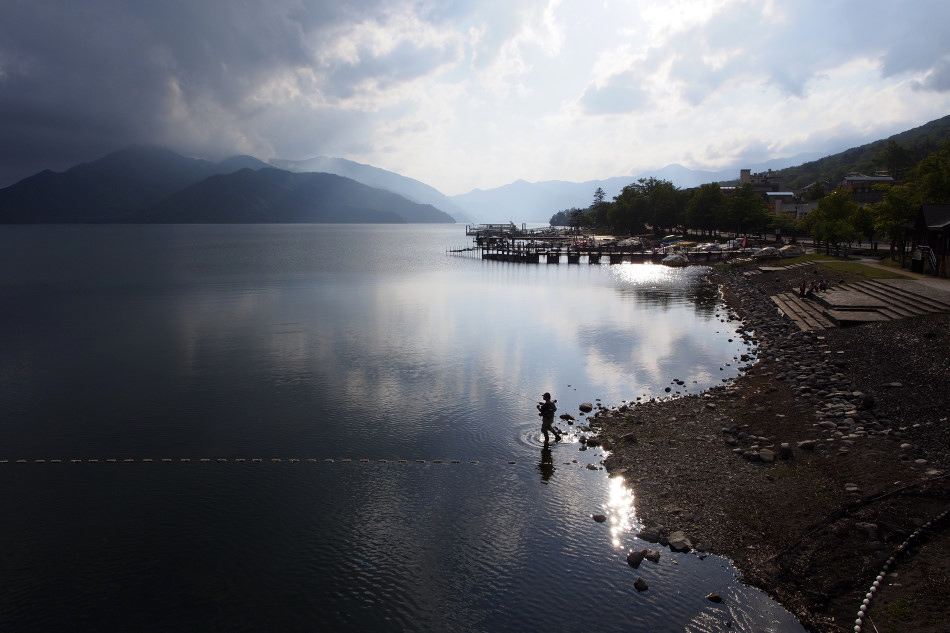 We also saw several people recreational fishing in the lake.

Back to Nikko town, we still had about an hour’s time before our train departed for Tokyo.  We dropped by Komekichi Kozushi, a small sushi restaurant just a stone throw from the train station, for a quick and decent dinner.

After dinner, the sky was getting dark, and we could see the dramatic silhouette of Mount Nantai backed with vivid skies. 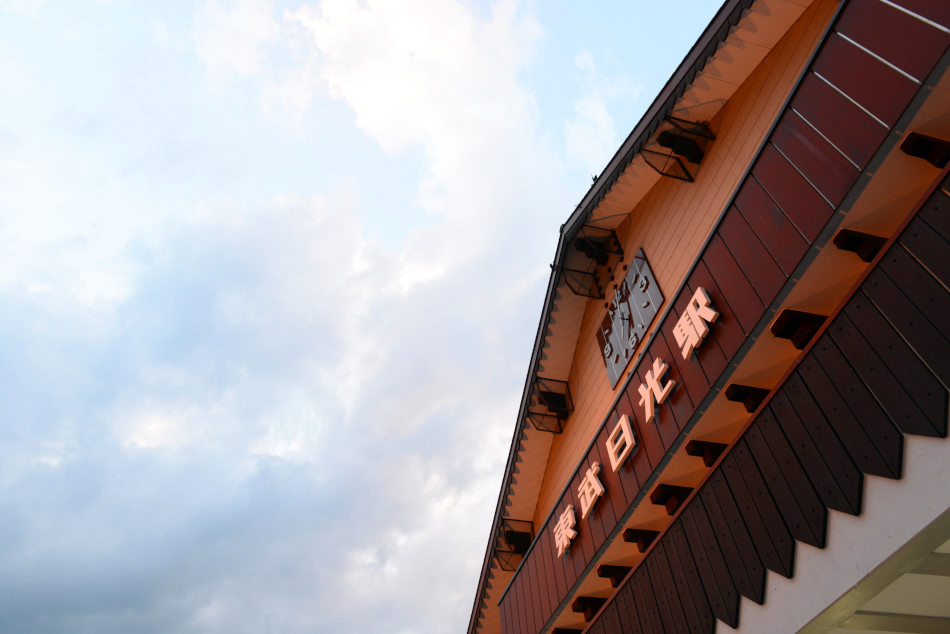 As we stepped into Nikko Tobu Railway Station, our one-day visit of Nikko was coming to an end.  We hopped on the limited express train for Asakusa Tokyo.