Every visitor who comes to Nikko would be impressed by the century-old cedar forests surrounding the shrines and temples.  What looks like a natural forest is in fact partially orchestrated by people 400 years ago, creating what we now called the Cedar Avenue of Nikko (日光杉並木), a 35.41km tree-lined path with 13,000 Japanese Red Cedar. The Cryptomeria tree (Sugi), also known as Japanese Red Cedar, is the national tree of Japan.  We didn’t walk the Cedar Avenue of Nikko, the world’s longest tree lined avenue in Nikko, but instead, had our own close encounter with the magnificent cedar trees in a along the Takino’o Path.  We came across the Takino’o Path from online research.  For about an hour, the trail led us through its tranquil cedar forest and peaceful Shinto shrines.   We began our journey from the Futarasan Shrine, passed by the Takino Shrine (瀧尾神社) and ended at the Sacred Bridge of Nikko, the Shinkyo (神橋). 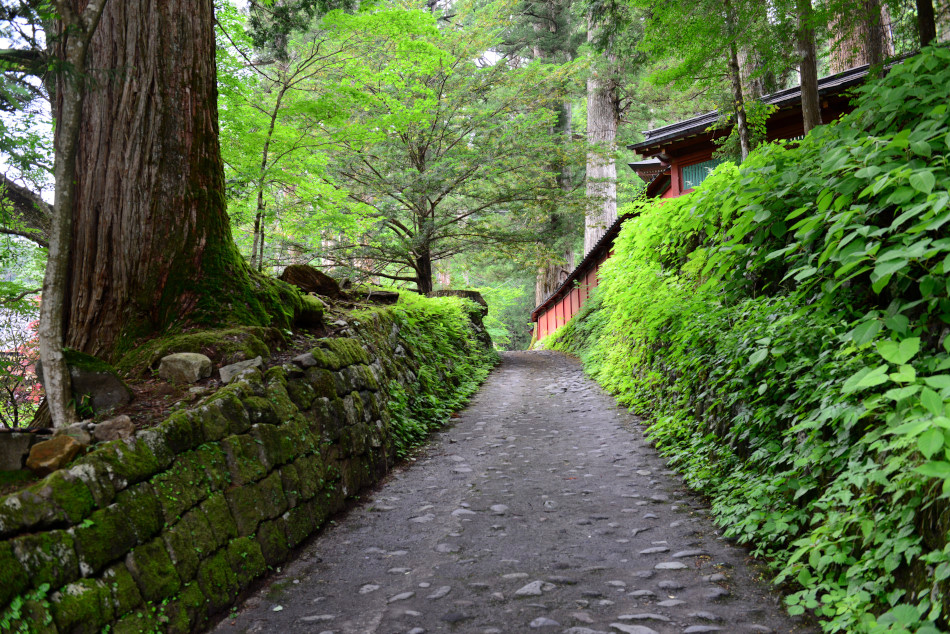 The trail head of Takino Path was right beside the forecourt of Futarasan Shrine. 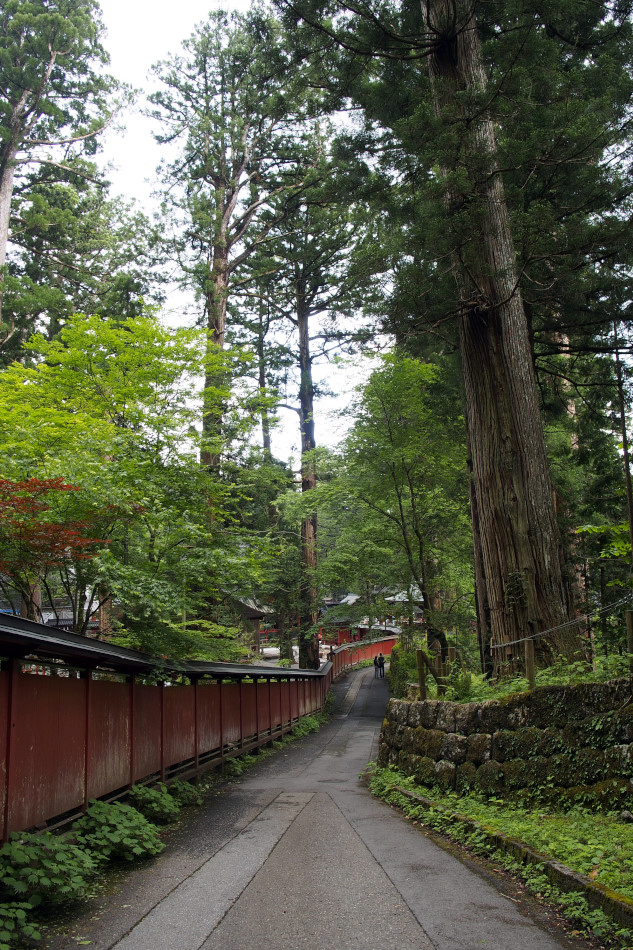 The trail passed by the the Taiyuin and Futarasan Shrine.

A few minutes later, we arrived at a small shrine by the path.  It reminded us of Kumano Kodo, where we enjoyed a few days of hiking on the Kii Mountains of Kansai. 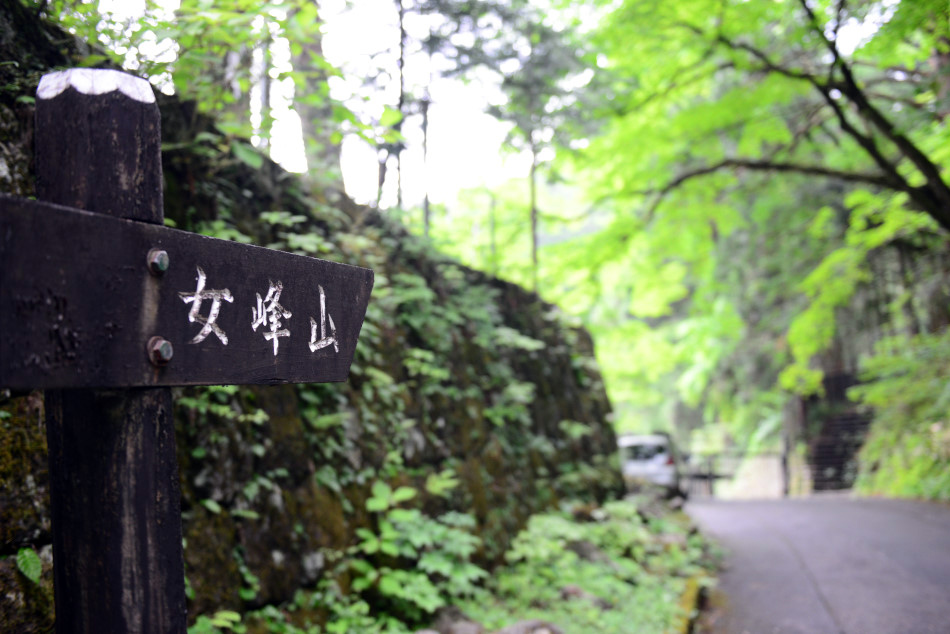 For a very long day hike, some visitors would climb the Mount Nyoho (女峰山, 2,465m).

The cedar forest soon got denser. 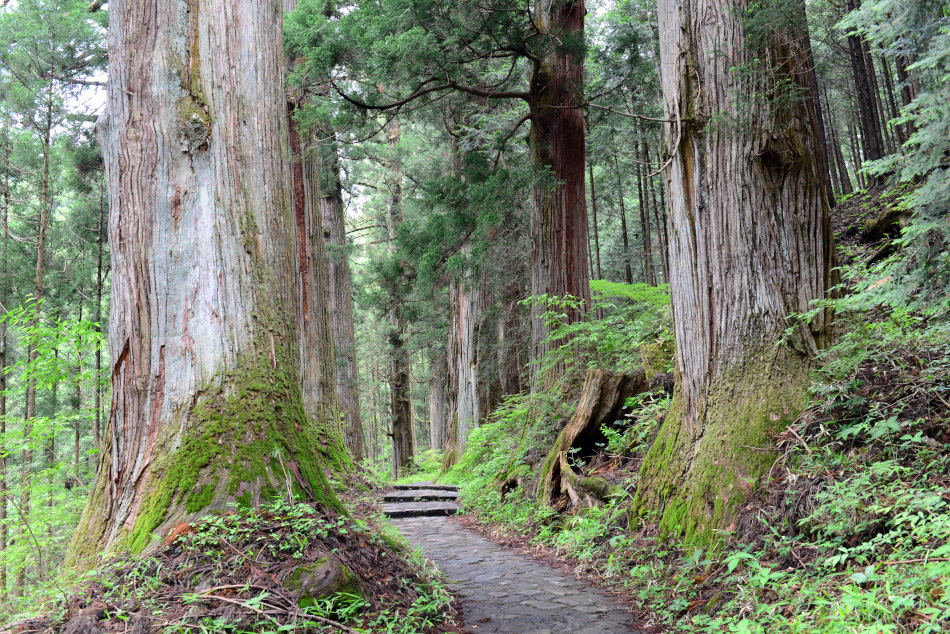 Along the trail, we could closely the centuries old Japanese Cedar.

Along the way, many old cedar trees were very photogenic. 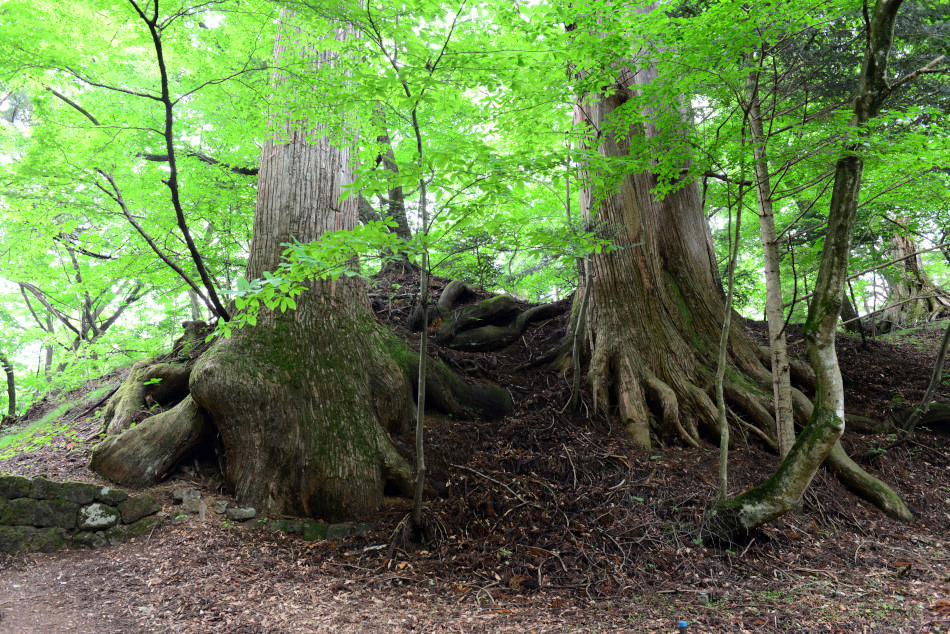 After the crowded and relatively noisy experience at the Toshogu Shrine, only five minutes into the trail brought us to a completely opposite world of tranquility and lush green. 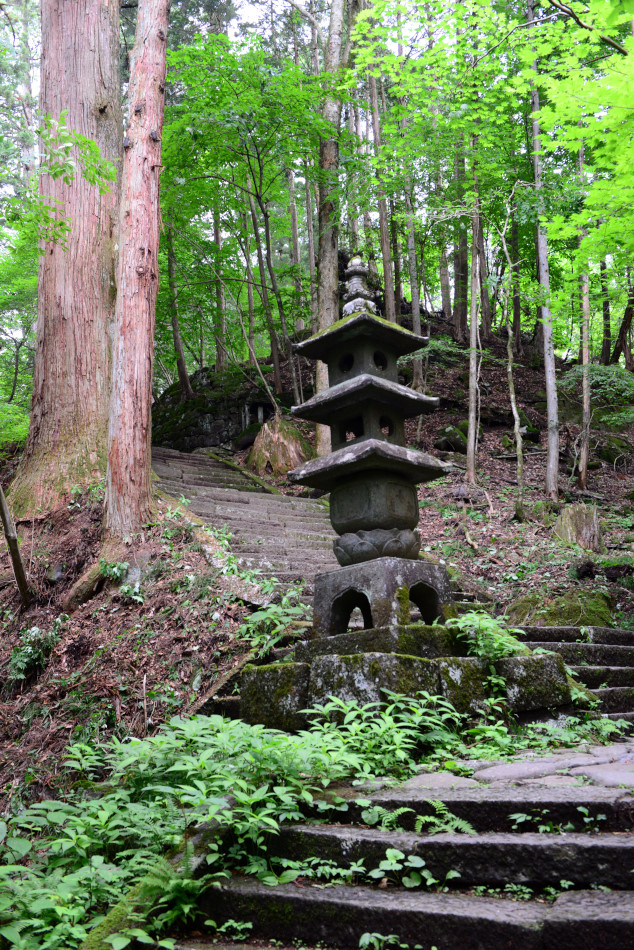 After about half an hour of leisure walking, we were soon approaching the Takino’o Shrine (瀧尾神社) in the forest. 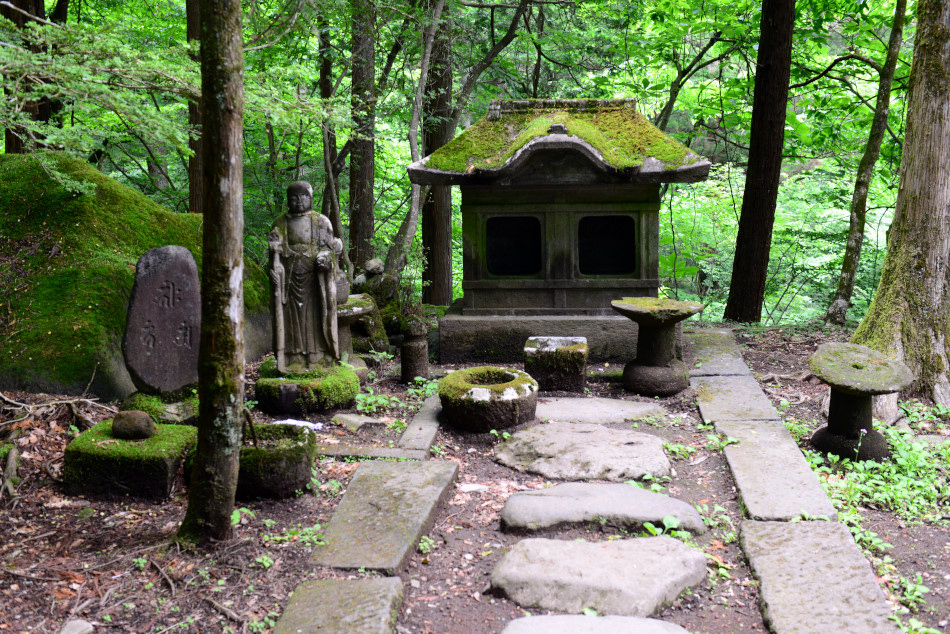 After walking up the hill of Takino’o Shrine (瀧尾神社), we passed by a number of atmospheric small shrines.

Kaji Sadayoshi, a supporter of Tokugawa Iemitsu, built the Undameshi No Tori (運試しの鳥居).  Like many visitors, we tested our luck by throwing a pebble through the hole between the two horizontal members of the tori gate. 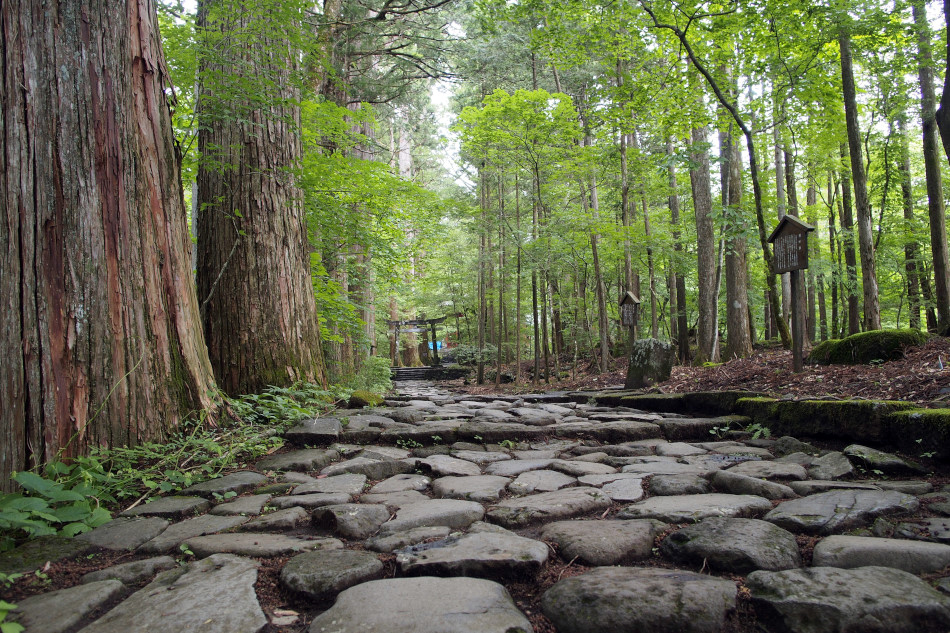 Certain parts of the trail were covered with historical paving stones.

The Kodane Stone (子種石) behind an old tori gate near the Takino’o Shrine is believed to have the power of child birth. 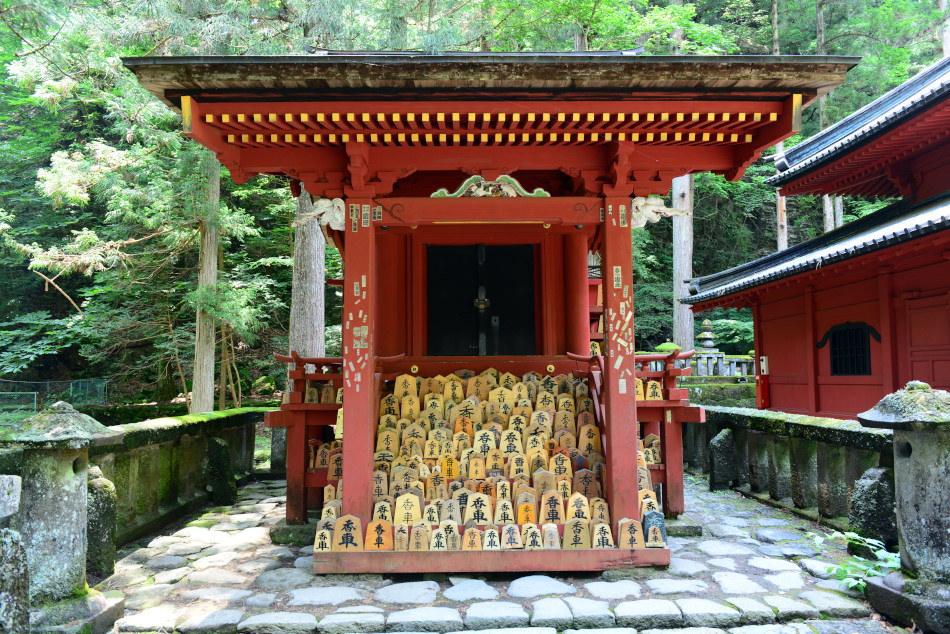 On our way back out of the forest towards Shinkyo (神橋), we passed by Kannon Do Shrine, the Shrine of Safe and Easy Delivery of Child or Kyosha-do (香車堂).

After a little over half an hour, we returned to the main entrance of the World Heritage Shrine and Temple Park.

Across the street from the UNESCO World Heritage plaque, we finally reached the Shinkyo (神橋), the Sacred Bridge of Nikko.

We didn’t pay the admission fee to walk onto the Shinkyo (神橋).  We walked over to the nearby bus stop for a ride to Lake Chuzenji (中禅寺湖).  Beside the bus stop there was an interesting telephone booth made of a recycled gondola.