When we are short of time but still want to have a brief getaway from the city of Hong Kong, we often hop on a bus to Siu Sai Wan (小西灣), a relatively new residential district at the eastern end of Hong Kong Island for a short hike over Pottinger Peak to the cozy surfing beach of Big Wave Bay (大浪灣) and Shek O (石澳).  The hike takes a little over an hour, and is relatively simple, involving two sections of stepped path, one going up the Pottinger Peak and one descending down to the beach.  No matter how many times we have walked this route, it was always a pleasant surprise to reach the top of the Pottinger Peak and have the first glimpse of the turquoise water south of Hong Kong Island. 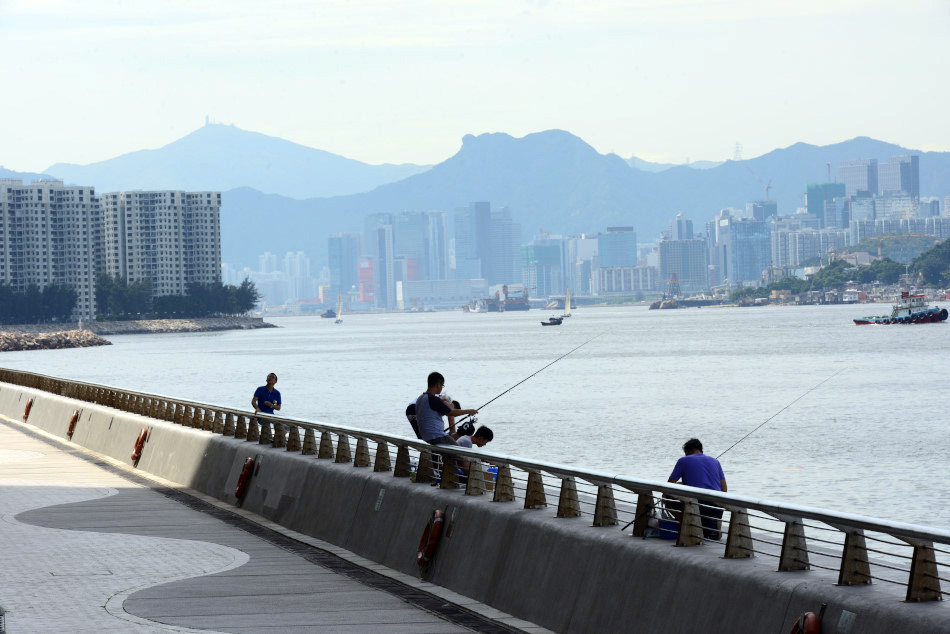 The trail begins in Siu Sai Wan (小西灣), a residential neighborhood at the eastern tip of Hong Kong Island. 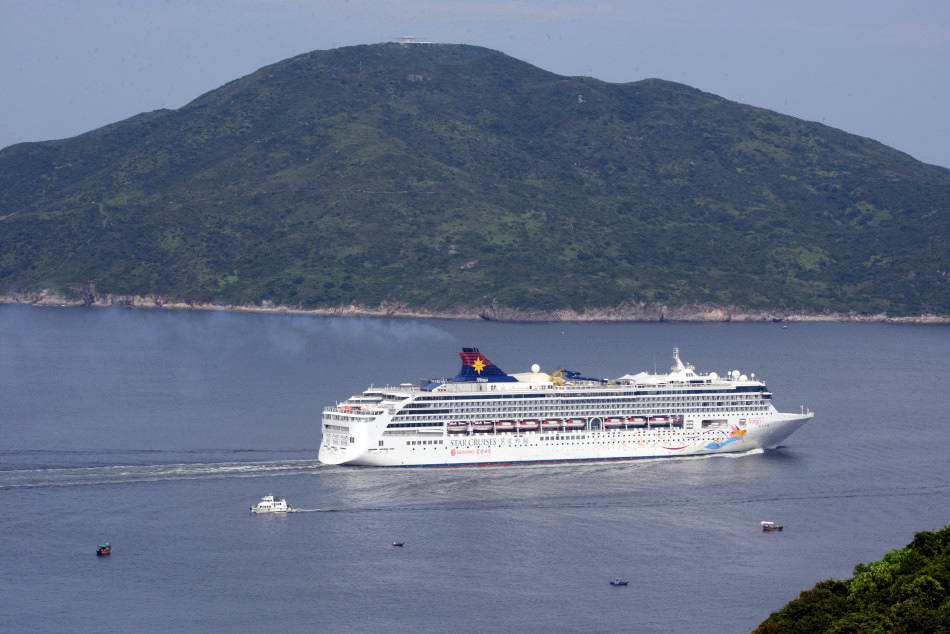 Looking north during the ascend to the Pottinger Peak, the Victoria Harbour outside of Junk Bay (將軍澳) is busy with cruise ships and boats of all sorts. 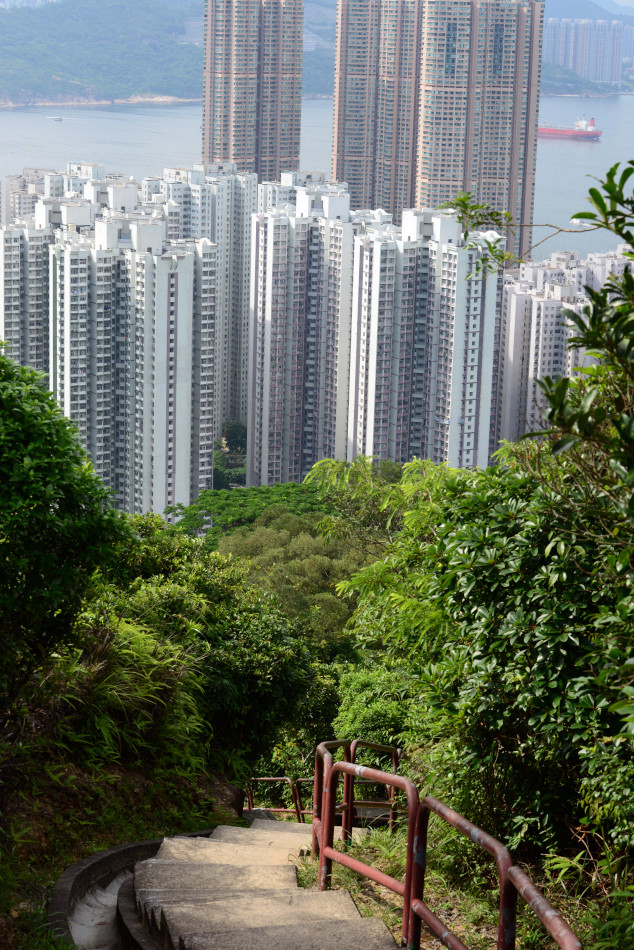 Looking down from the uphill trail, the residential area of Siu Sai Wan looks quite densely populated. 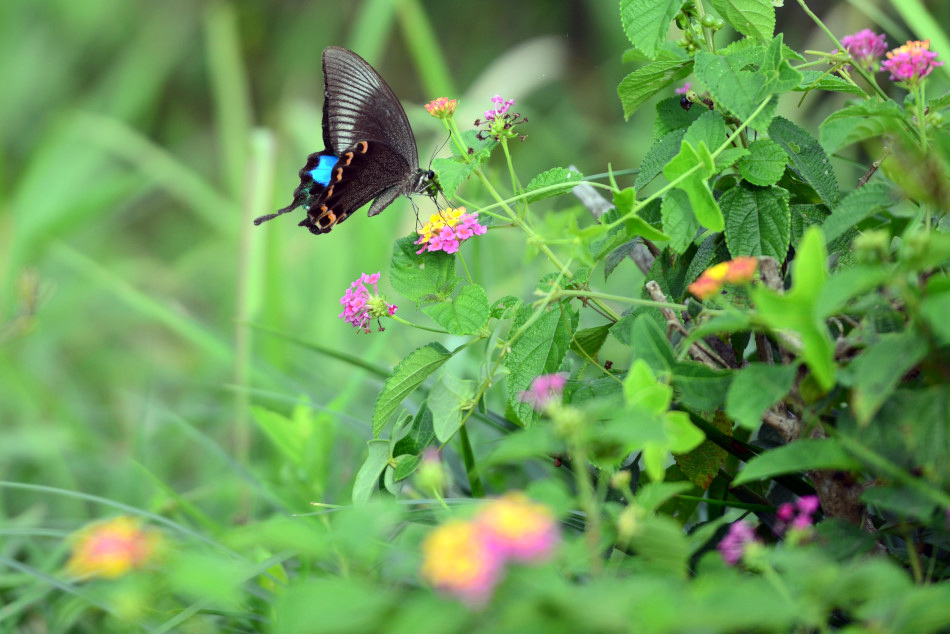 Watching beautiful butterflies hopping between flowers is a pure delight. 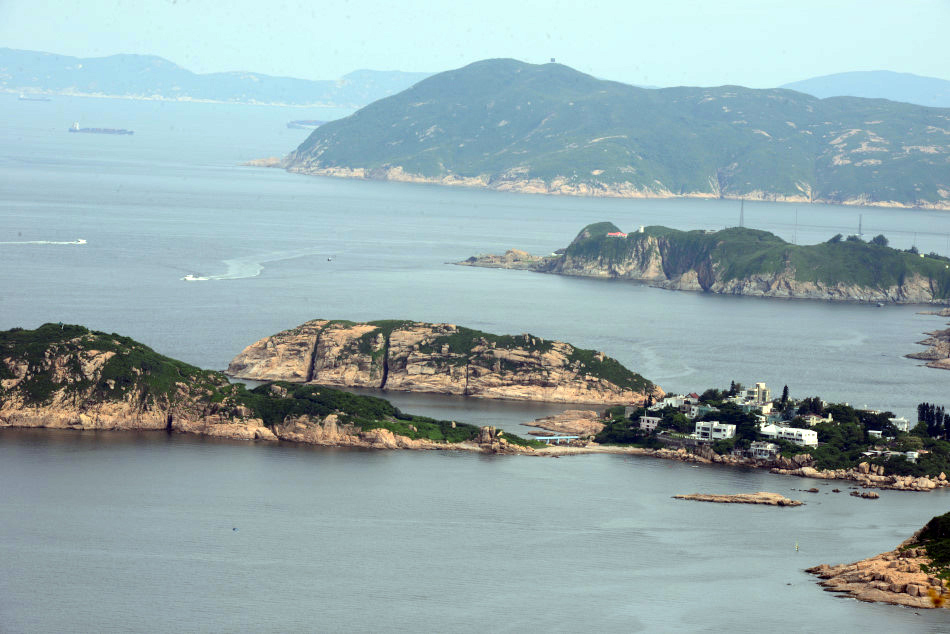 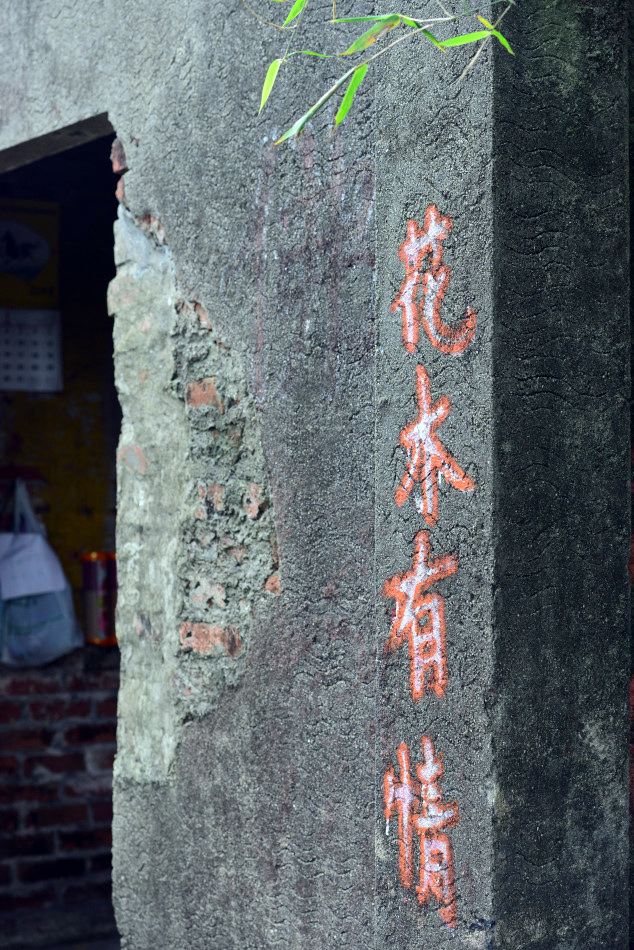 A ruined shelter on Pottinger Peak has been used as a temporary shrine. 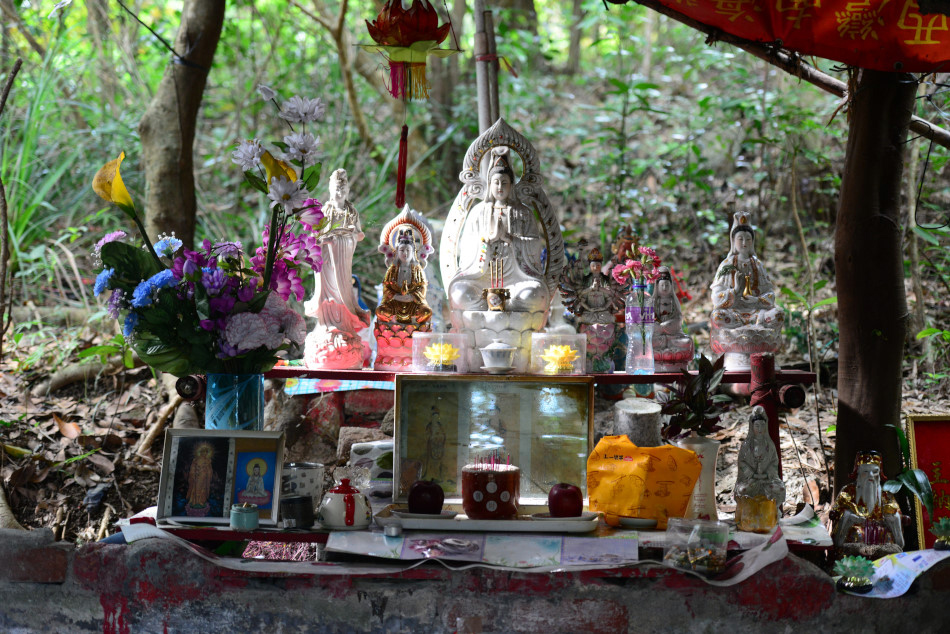 It seems that the temporary shrine is dedicated to Guan Yin, the goddess of mercy. 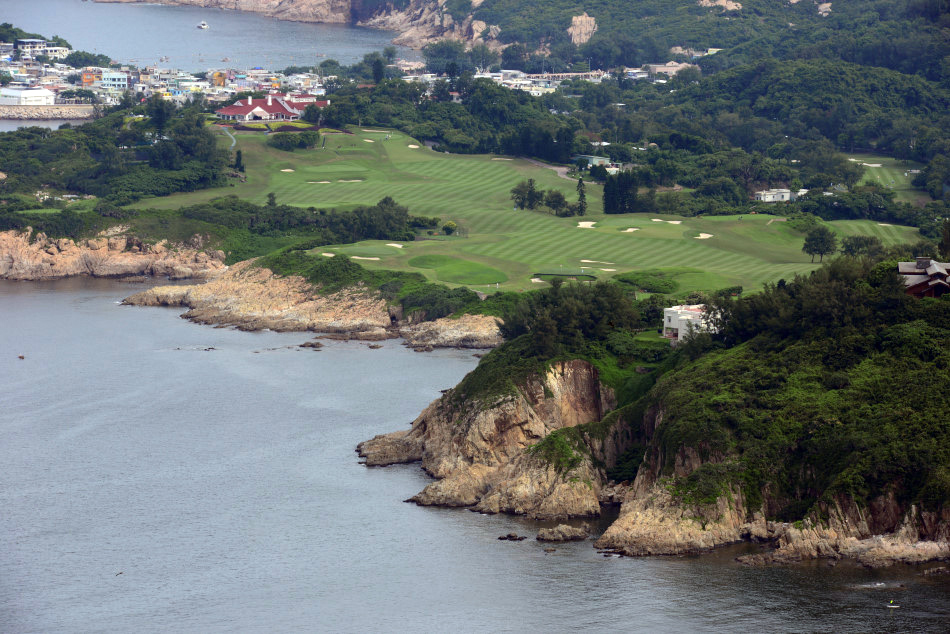 Walking ahead, one can clearly see that much of the seaside land between the Big Wave Bay and Big Wave Bay. 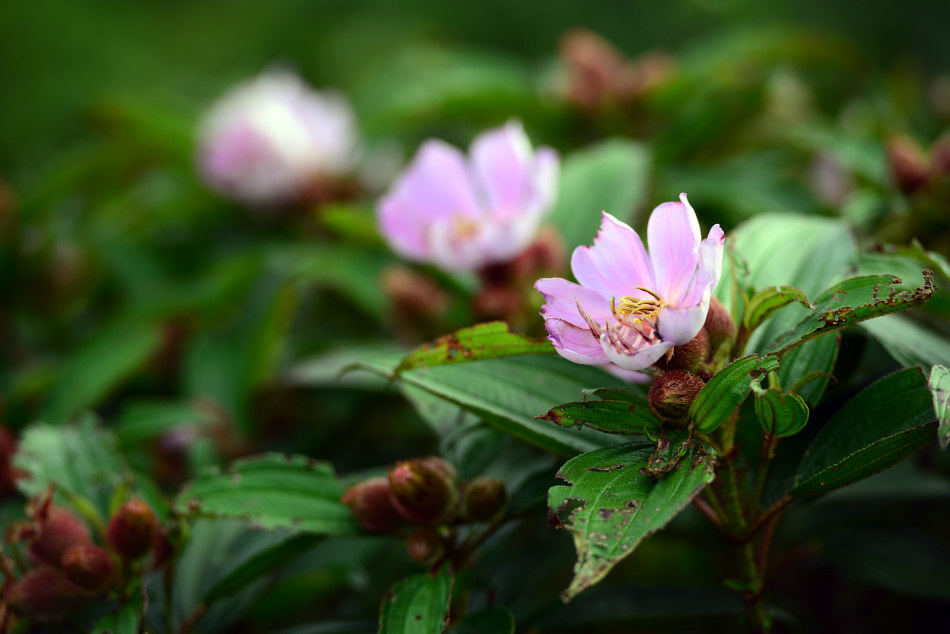 On the downhill route, there are several Camellia trees (茶花) by the trail. 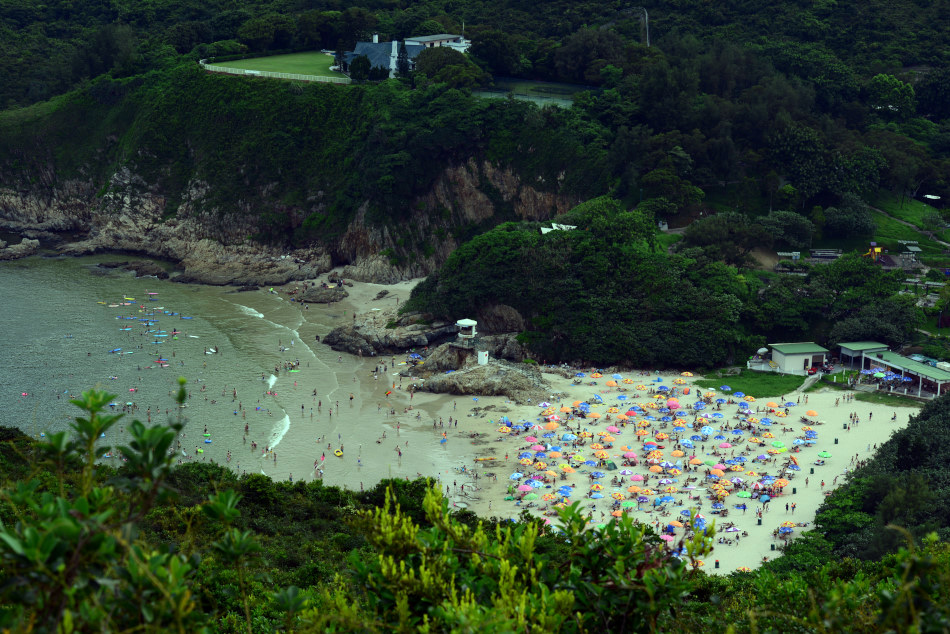 The stepped path continues to the hill adjacent to the Big Wave Bay.  The noise of the crowds and public announcement from speakers can be heard long before we reach the beach. 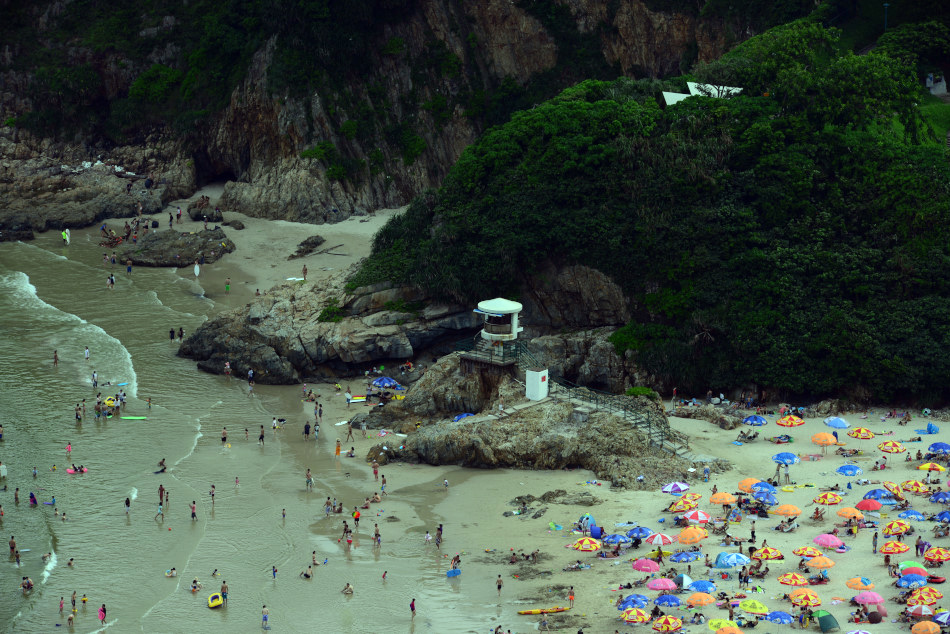 Big Wave Bay (大浪灣) is a decent little beach at the southeast of Hong Kong Island. 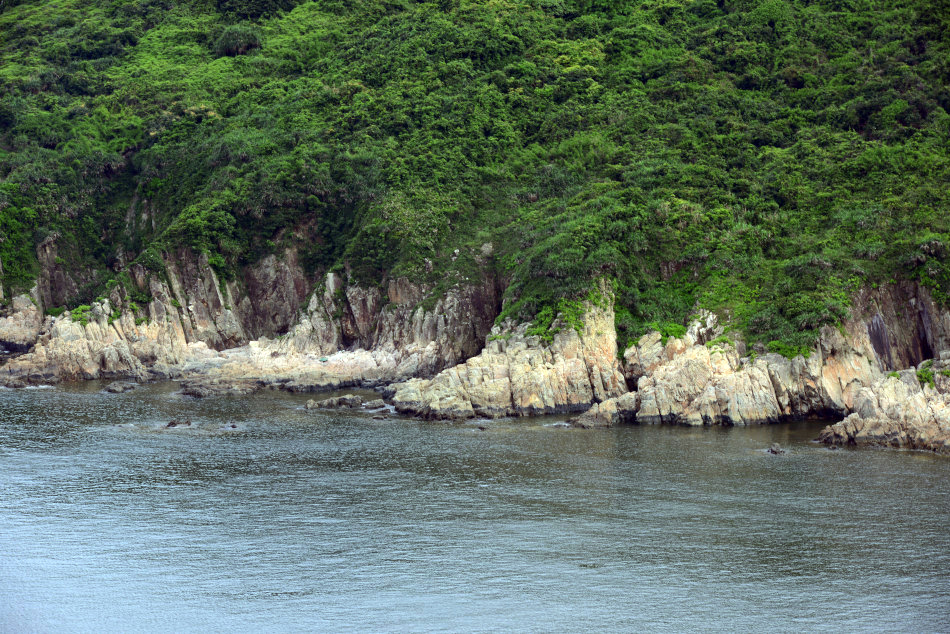 The natural rock formations around the area of Big Wave Bay are quite interesting. 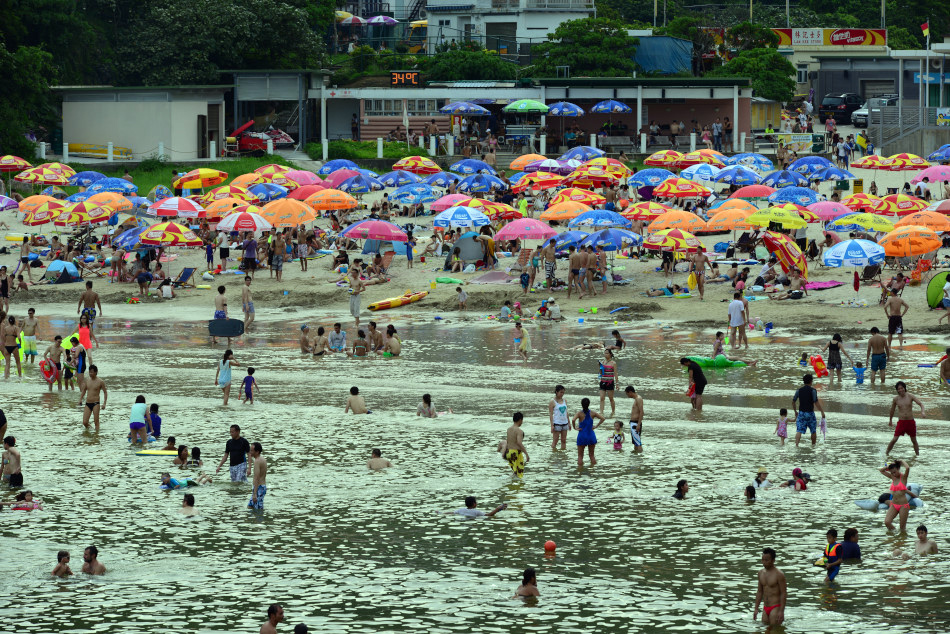 Though the beach can get a little crowded during summer weekends.  For the rest of year, it’s popular for surfers. 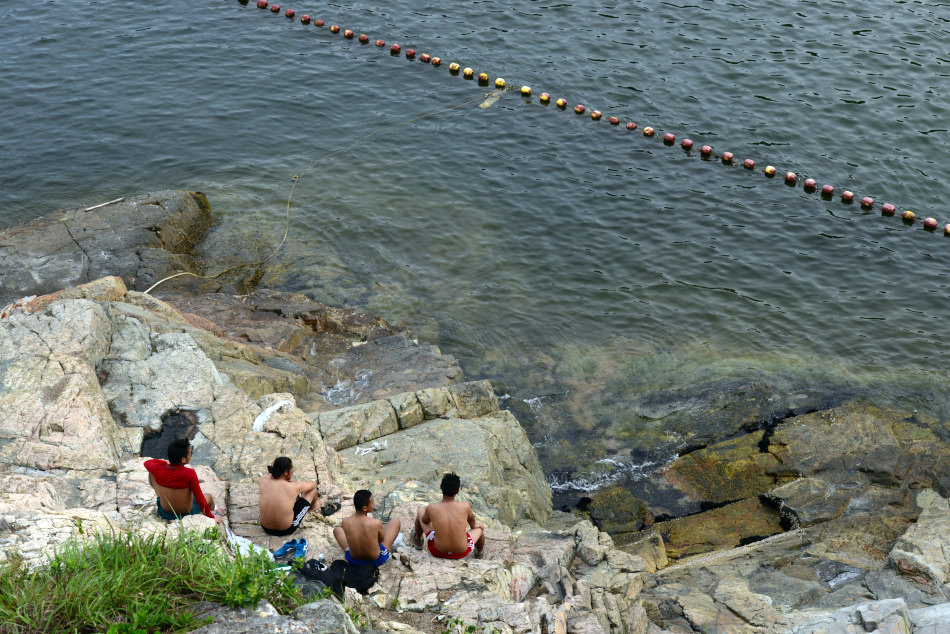 Some prefer to stay away from the crowds on a rocky slope near a BBQ site. 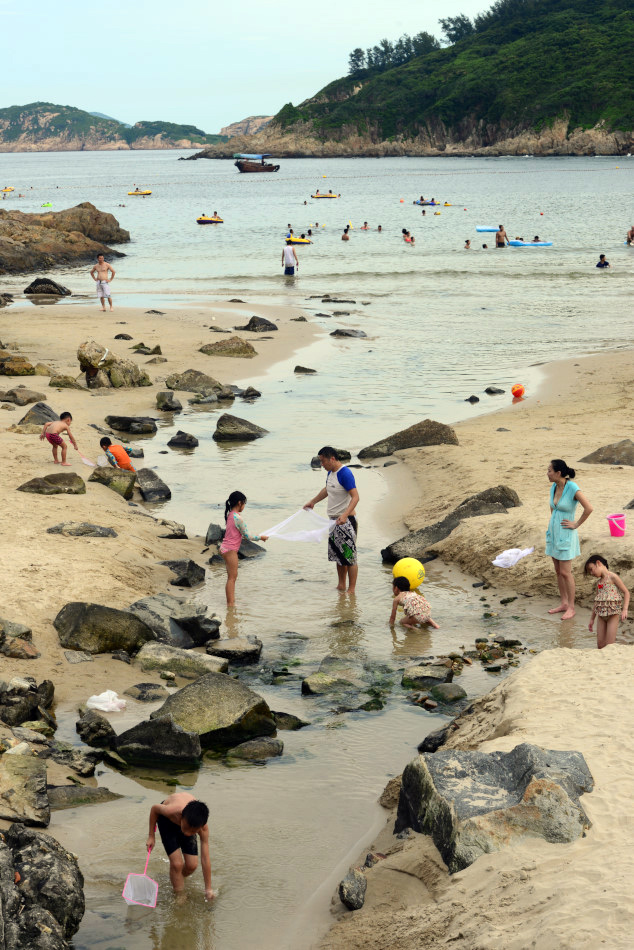 For families, small streams out to the sea can be an interesting playground with small fish and seaside creatures. 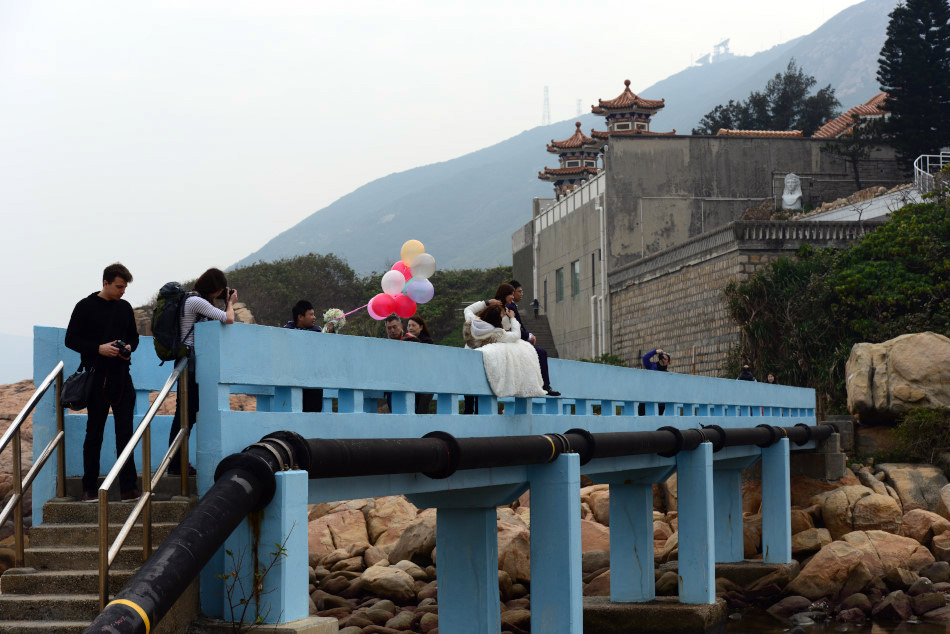 About half an hour of walk south of Big Wave Bay, there is a Tai Tau Chau (大頭洲), a tied island linked to the mainland of Shek O Village by a tombolo.  On the tombolo, a narrow blue bridge is built for pedestrians who wish to visit Tai Tau Chau.  The area is popular for couples taking wedding photos. 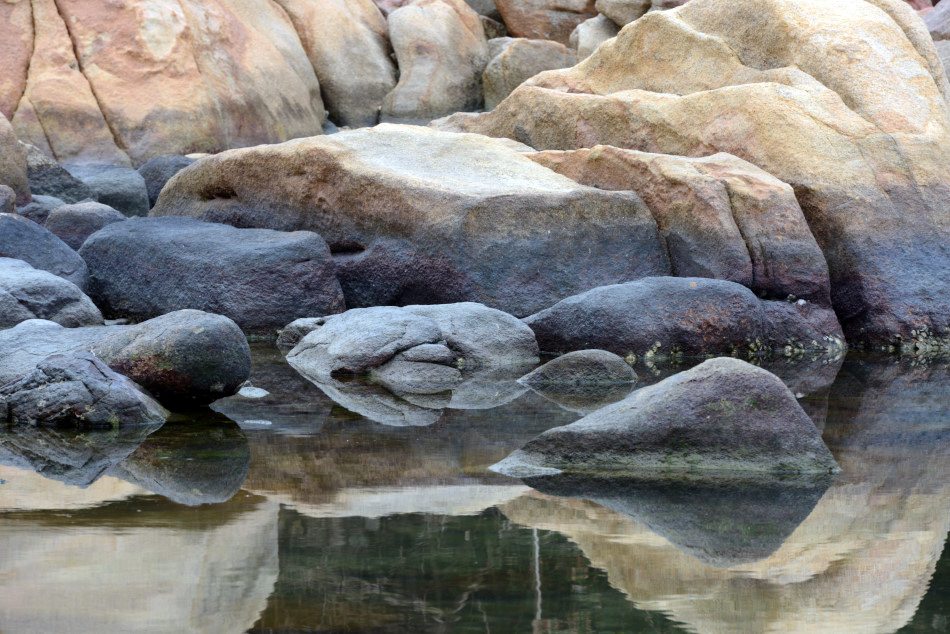 At one side of the tombolo, a peaceful tidal pool acts like a perfect mirror.  The colours of the rocks around the pool reveal the varying water level from time to time. 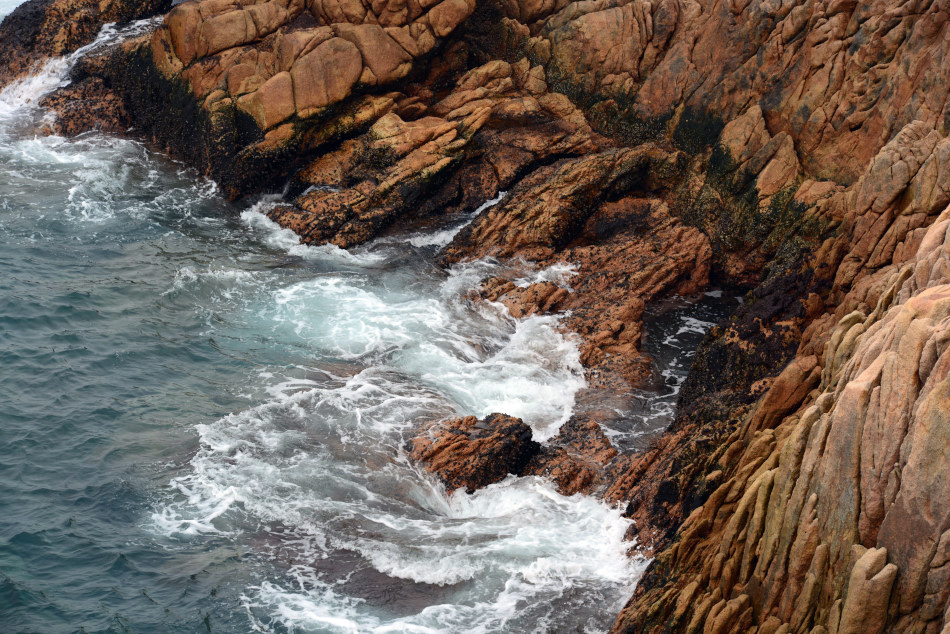 The coastal granite of Tai Tau Chau (大頭洲) are quite interesting after so many years of natural erosion and carving by the waves. 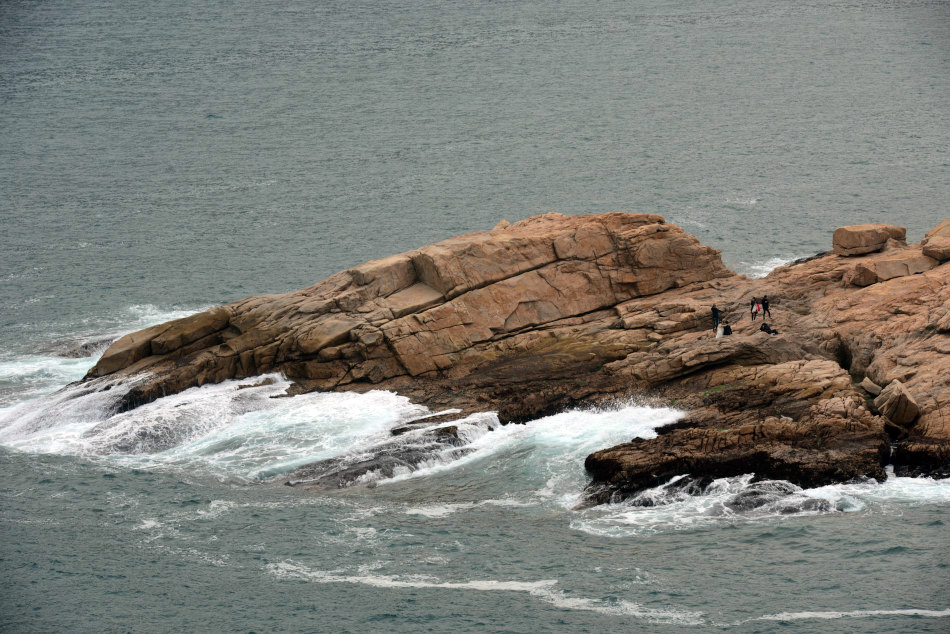 Despite the occasionally scary waves at this part of Hong Kong, many still brave the danger and climb onto the uneven coastal rocks for wedding photos. 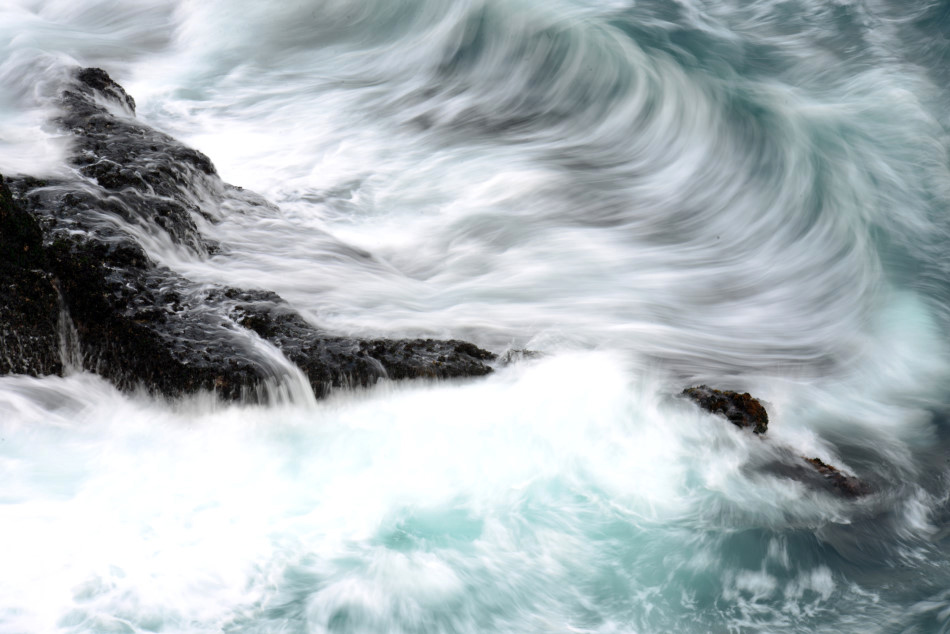 The waves at Tai Tau Chau are beautiful but also terrifying sometimes. 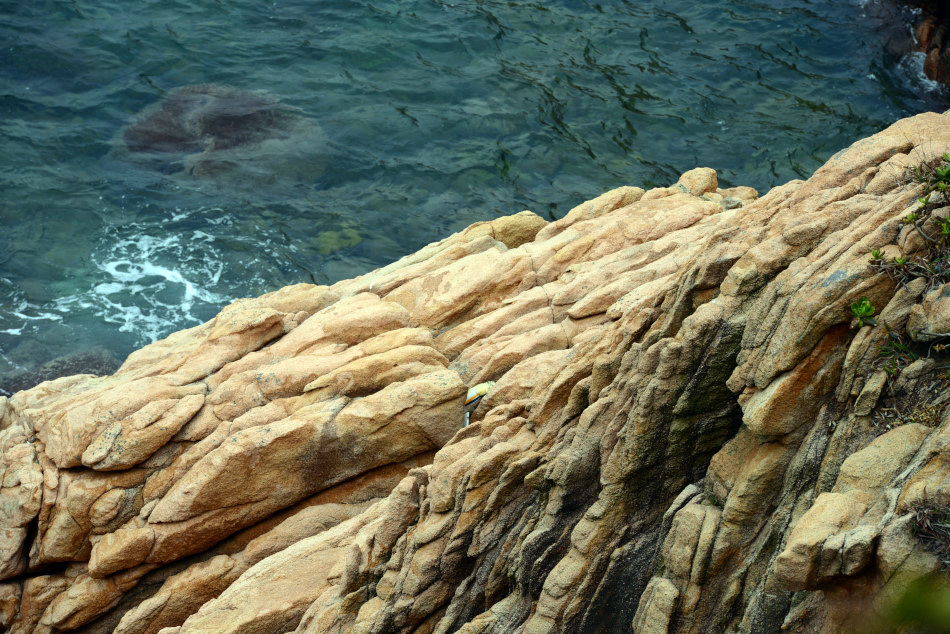 Like the Geoparks in Sai Kung and Northeast New Territories, the coastal rocks at Tai Tau Chau are quite unique. 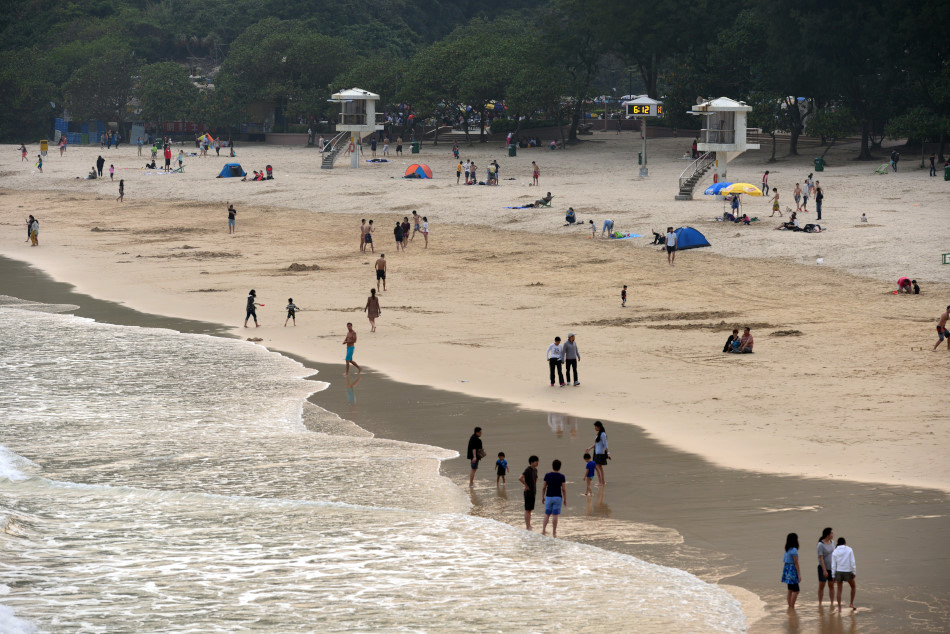