As the eastern terminus of the former Silk Road, Changan (now Xian) of the Tang Dynasty was a melting pot of different cultures and religions.  A number of Middle Eastern and Central Asian religions entered China during that time, some of which had survived and remained strong even today.  Dated back to many centuries, Xian’s Muslim Quarter and the Great Mosque revealed an interesting cultural fusion that is not commonly seen in other parts of China.  Xian’s Great Mosque is the largest mosque in China.  The buildings in the traditional courtyard complex were mainly constructed in the Ming Dynasty (AD 1368–1644).  Earlier religious complexes, Tanmingsi and Huihui Wanshansi, were established on the same site dated as far back as the Tang Dynasty (AD 618-907).

Our taxi dropped us off at one end of the Muslim Quarter, where we began our brief meandering through the crowded Muslim market streets and alleyways before reaching the Great Mosque.  From the first glance, the mosque looked very similar to a traditional Chinese courtyard complex, consisting of houses, pavilions, pagodas, gardens, and courtyards.  We took our time to wander around the courtyards.  As we looked closely at the building decorations, we could find Islam functions and design elements incorporated in the traditional Chinese architecture, with the most obvious being the Arabic inscriptions on walls.  The entire complex faces west towards Mecca.  Artefacts related to Chinese Islam were on displayed in some of the buildings that were open to visitors.  However, the largest prayer hall at the far end of the complex was restricted for Muslims only.  We could only peek through the doors to have a glimpse of the colourful carpets and delicate wooden screens in the hall, where worshipers would have prayers sessions.  It was interesting to see the fusion of Islam and Chinese design elements combined into one single complex. Before sunset, we left the Great Mosque behind for our last designation in Xian, the Ming city walls. 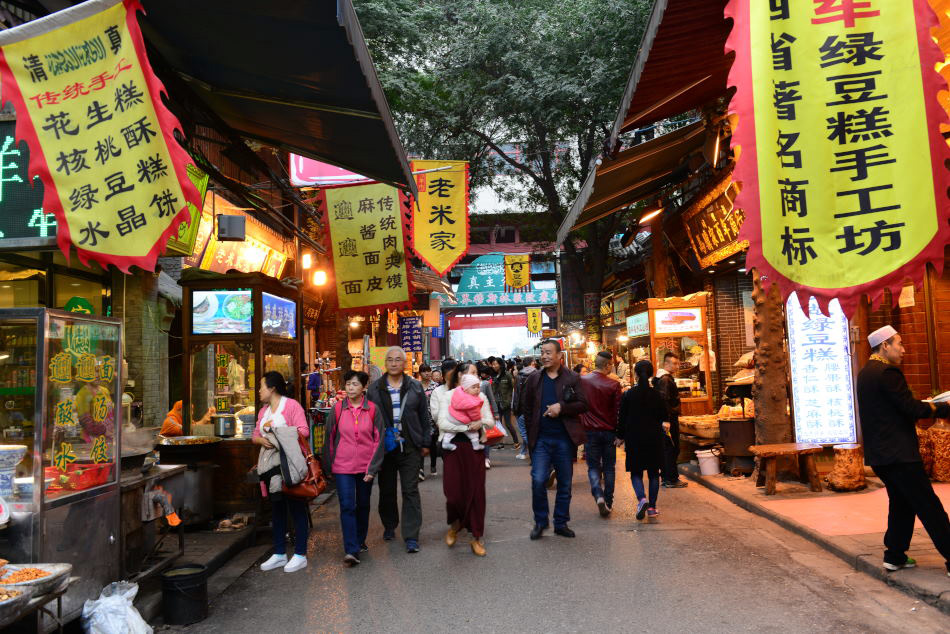 We entered the Muslim Quarter from the main market street. 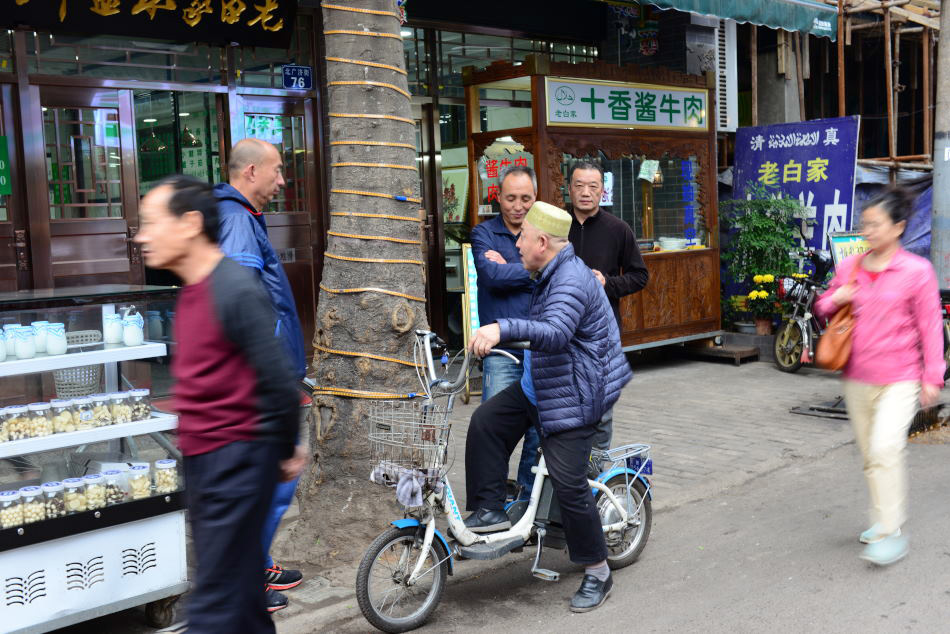 There is still a significant population of Muslims in Xian. 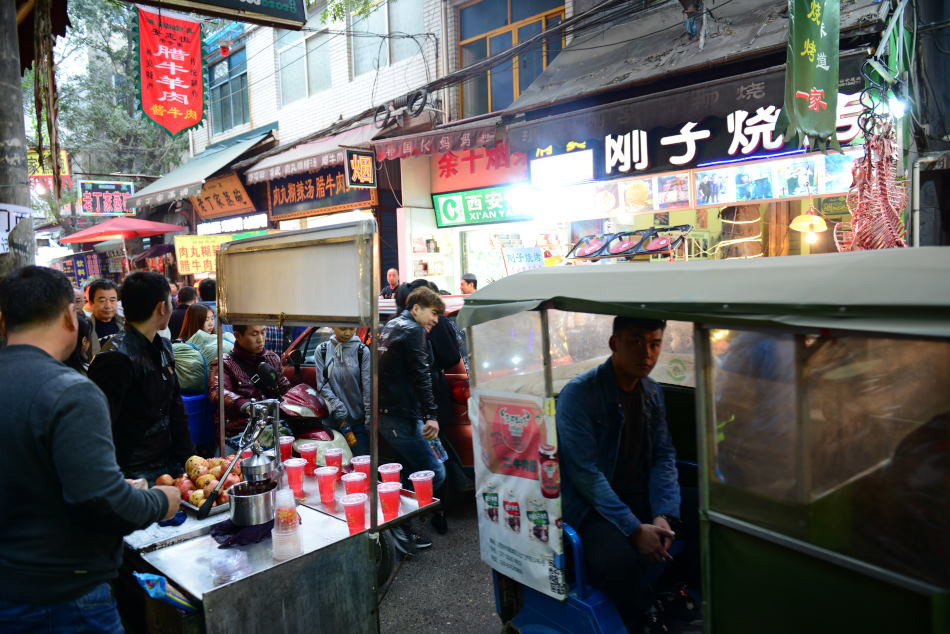 The market street of Xian’s Muslim Quarter is a good place for people watching.

An awfully tall steamer in front of a local eatery. 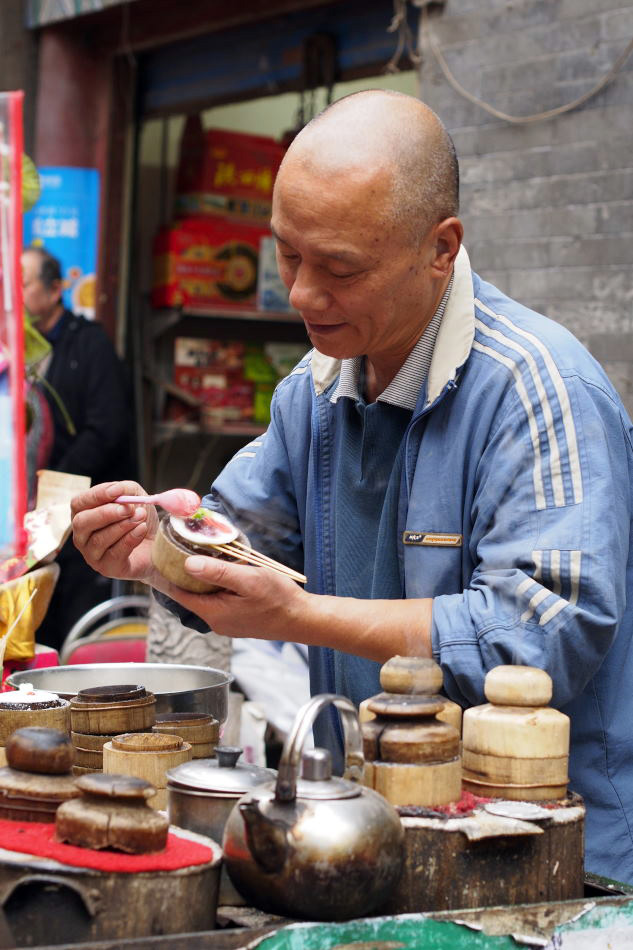 A street vendor put different topping on a local dessert called “jing gao” which is a steamed glutinous rice cake. 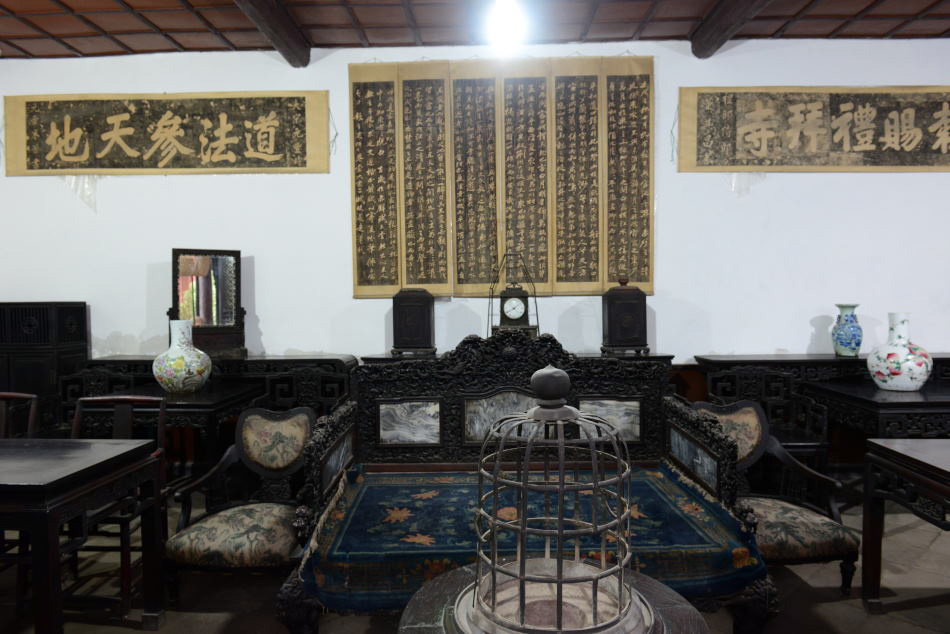 The interior of an old study room looks very much like a traditional Chinese house, but all the paintings and calligraphy on displayed were Islam related. 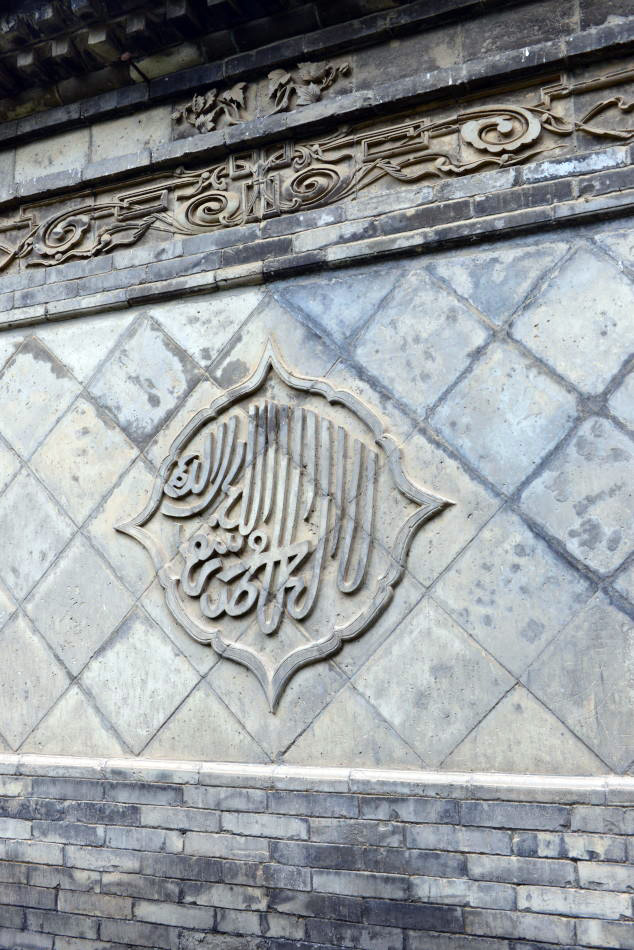 Islamic components were incorporated in the Chinese architecture.

The mosque complex is made up of a series of courtyards.

“Examining the Heart Tower” in the third courtyard.

The main prayer hall at the far end of the complex.

Richly decorated pendant lamps at the veranda of the main prayer hall.

Peeking inside the main prayer hall.

Wooden clock and timber screens of the main prayer hall.

Leaving the Great Mosque behind, we exited the Muslim Quarter from another end of the market street. 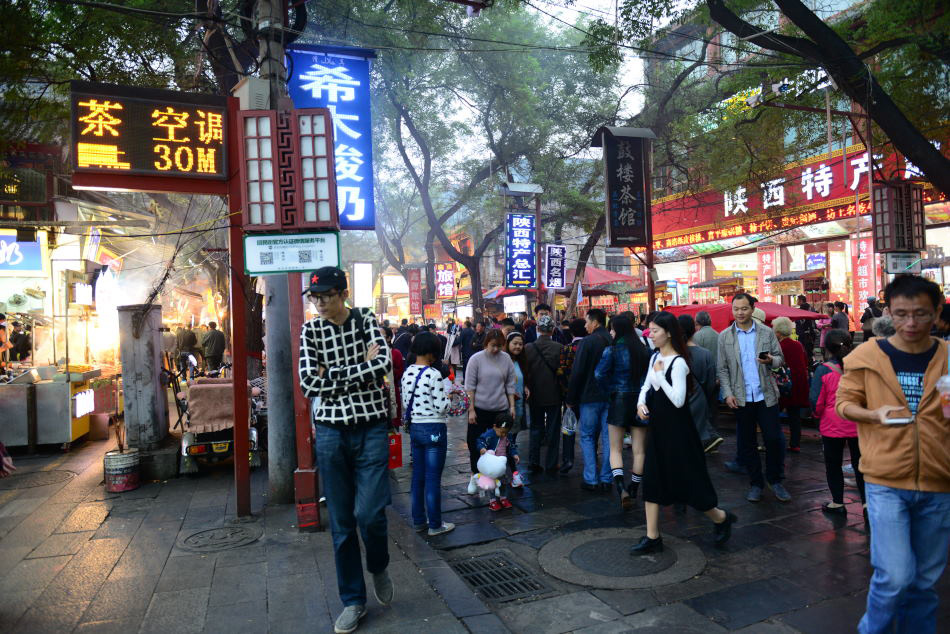 It was approaching supper time when we left the Muslim Quarter, and the food vendors were all geared up for their night of business.

This entry was posted on November 28, 2016 by Blue Lapis Road. It was filed under China, China: Xian and Jiuzhaigou 2016, Shaanxi and was tagged with Changan, China, courtyard, 西安大清真寺, Islam, mosque, Muslim, religion, tradition, Worship, Xian.