We walked down the grand staircase of Jama Mosjid that led to a busy street intersection adjacent to the mosque. We hopped on a tuk-tuk and asked the driver to take us to Chandni Chowk metro station.  After a brief visit of Old Delhi, it was time for us to return to New Delhi, where we would find a place for dinner and then take the express train back to the airport.  It was late afternoon and the traffic at Old Delhi was quite congested, allowing us a little more time than expected to witness the street scenery of the old city one more time.

Before our Indian trip, we came across a book by Japanese author and stage designer Kappa Senoo (妹尾河童).  The book was called Kappa’s Peek at India, in which Kappa used hand sketches and diary text to record the people, buildings, street scenes and sites that he saw and experienced during his trips to India back in 1980s.  The Indian street scenes that he depicted with his pencil sketches: the shops, the vehicles, and most important of all, the myriad different people doing various things for living echoed vividly to what we were seeing outside the tuk-tuk.  For us, the half hour tuk-tuk ride through the narrow and chaotic streets of Old Delhi was a remarkable journey allowing us to understand another facet of this complex and visually fascinating nation.

Small streets in Old Delhi were swamped with vehicles of all sort, all of which were moving slowly.

Motorcycles were pretty common in Delhi. 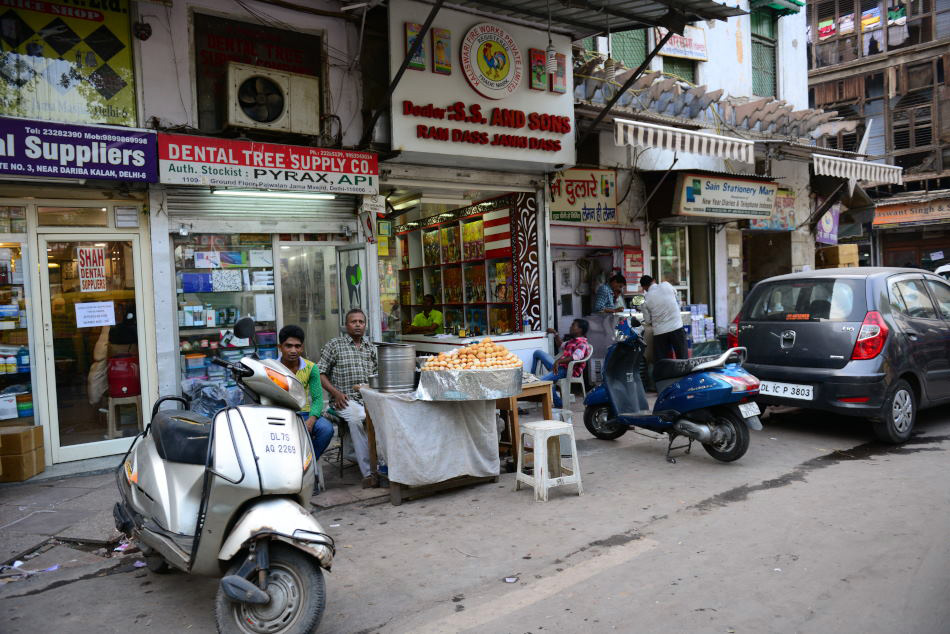 Given the traffic and sometimes poor conditions of the sidewalk, it wasn’t the easiest city for pedestrians.

The rickshaws revealed the difference of social status of different local people. 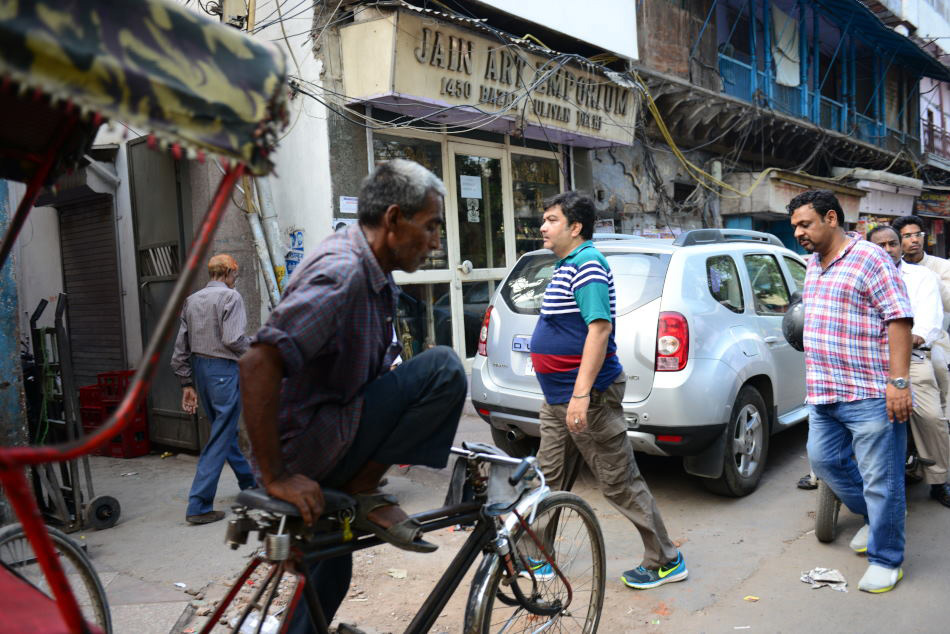 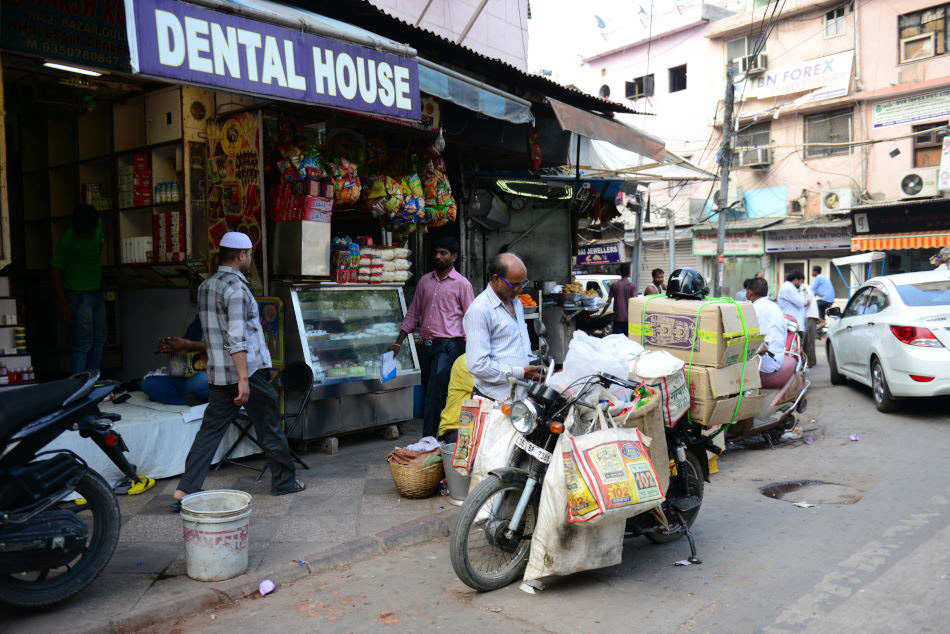 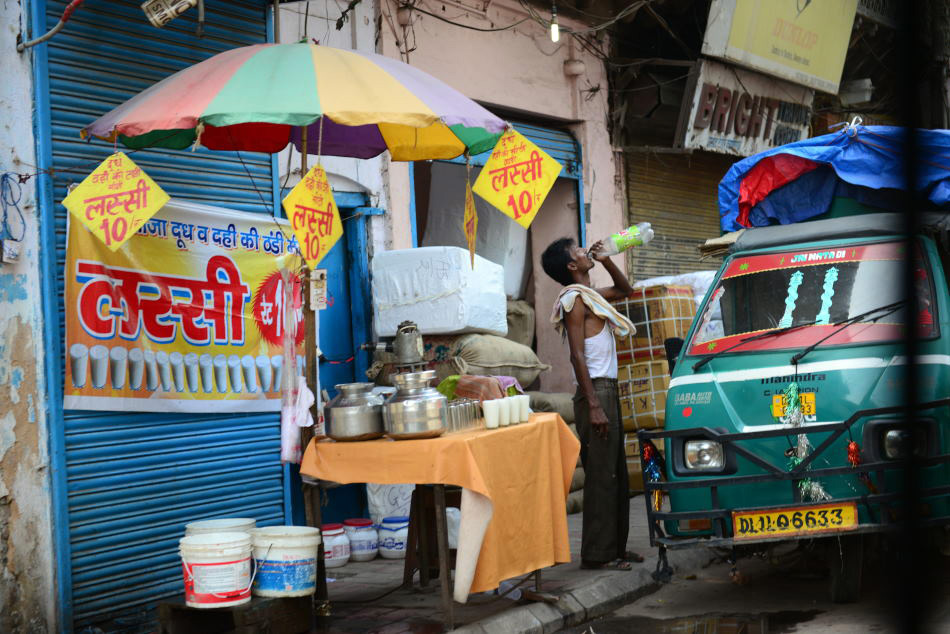 Water drinking was essential under the hot temperature. 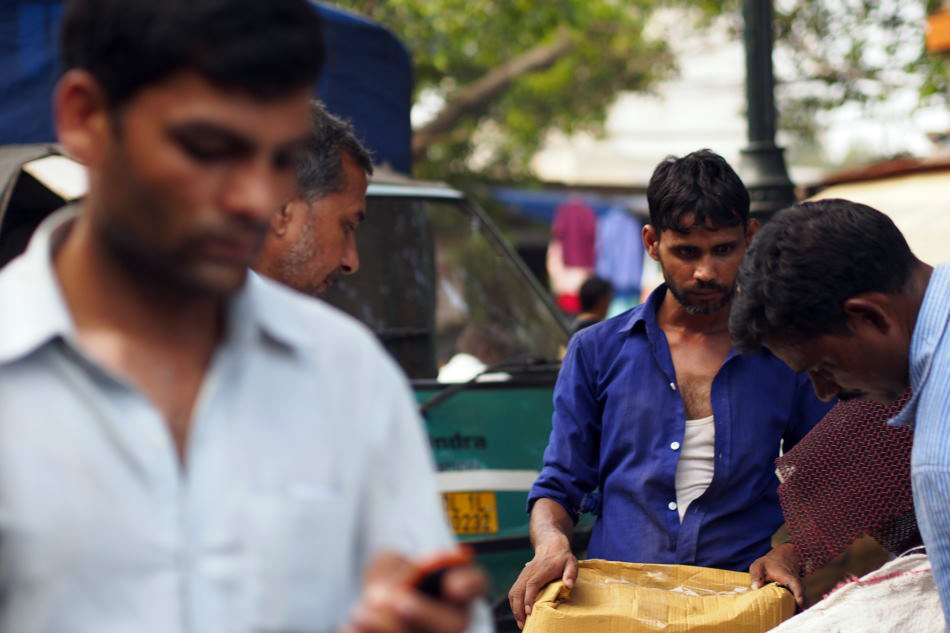 Street vendors doing all sorts of trading and bargaining.

Each person on the street looked as if there was an interesting story behind. 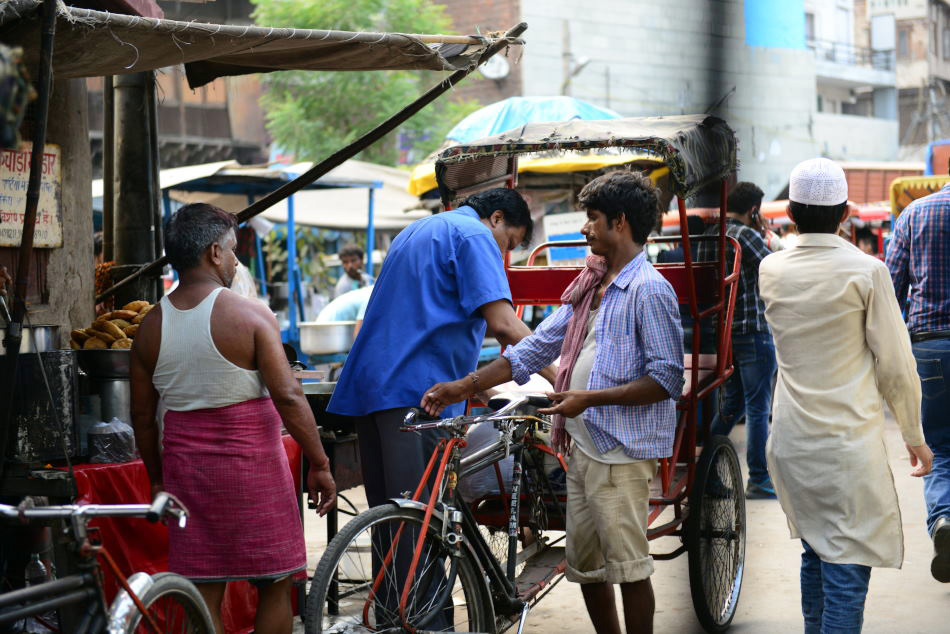 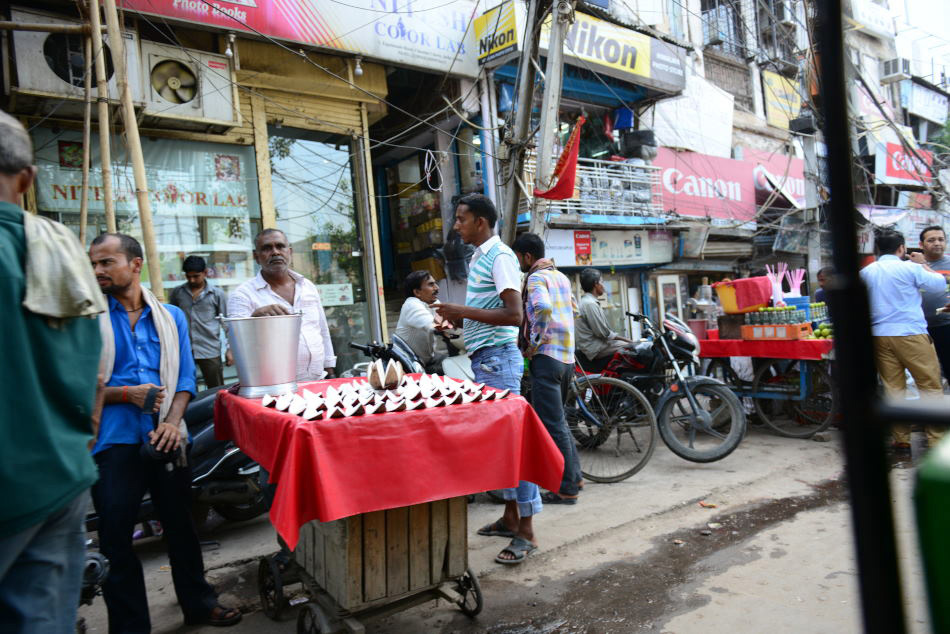 Under extensive globalization, international brands such as canon and Sony appeared everywhere.

This entry was posted on October 23, 2016 by Blue Lapis Road. It was filed under Delhi, India, Ladakh and Delhi 2016 and was tagged with Delhi, India, Kappa Senoo, Old Delhi, scenery, street, tuk.