The last two destinations of our day at the Indus River Valley were Matho Gompa and Shey Palace.  Situated on a mount directly opposite from Thiksey Gompa, Matho offered us a fantastic view of Thiksey beyond the lush green river valley.  The late afternoon sun and moving clouds cast a series of dark blue shadows on the the yellow mountain slopes.  We wandered around Matho on our own but didn’t stay for long.  The Buddhist prayer halls were colourful and parts of the monastery were relatively new, but we were more more interested in the surrounding landscapes.  Matho is the only Sakyapa monastery in Ladakh.

On our way back to Leh, we dropped by our last stop of the day, Shey Palace.  Shey was the summer palace of the Leh royal family in the past.  A sloped path led us to the main entrance of the former palace, which stood mostly in ruins nowadays.  A beggar woman dressed in dark shawl was gaining attention of passing tourists.  Most of the palace was empty and free for explore, except the hall where a 12m statue of golden Shakyamuni Buddha stood that we needed to purchase admission tickets.  At almost three storey tall, we could only see the top third of the Buddha statue.  On the roof and around the palace compound, there were white stupa, colourful prayer flags and mani stone pebbles at every corner we turned.  The little marsh across the street and the distant mountains glowed in the golden afternoon sun.  By the time we returned to Leh, it was already over 6:30pm.  We were tired and hungry and decided to go for Tibetan food before returning to our hotel. 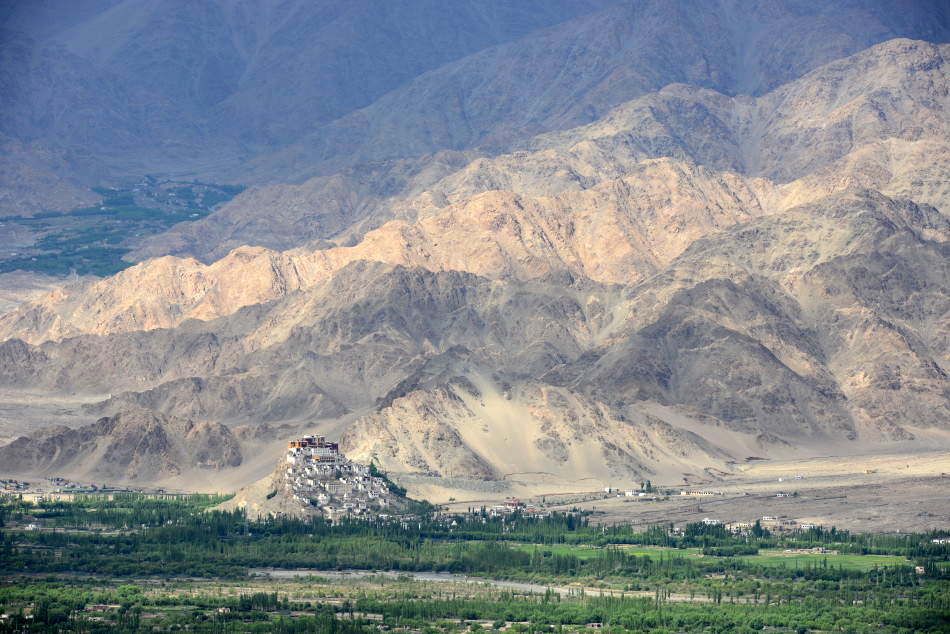 Entry stairway into the main compound of Matho Gompa. 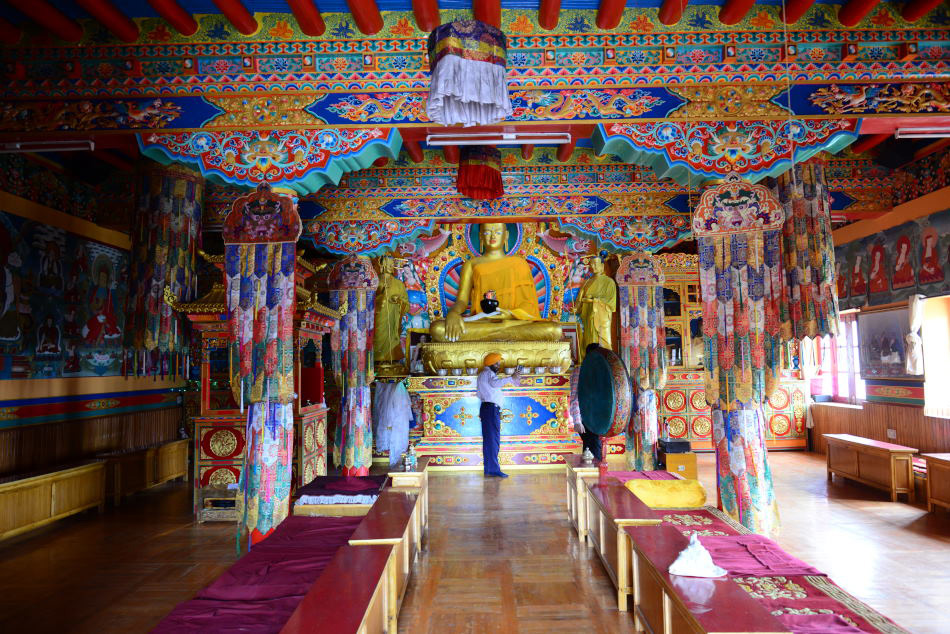 Some of the prayer halls were quite new and richly decorated. 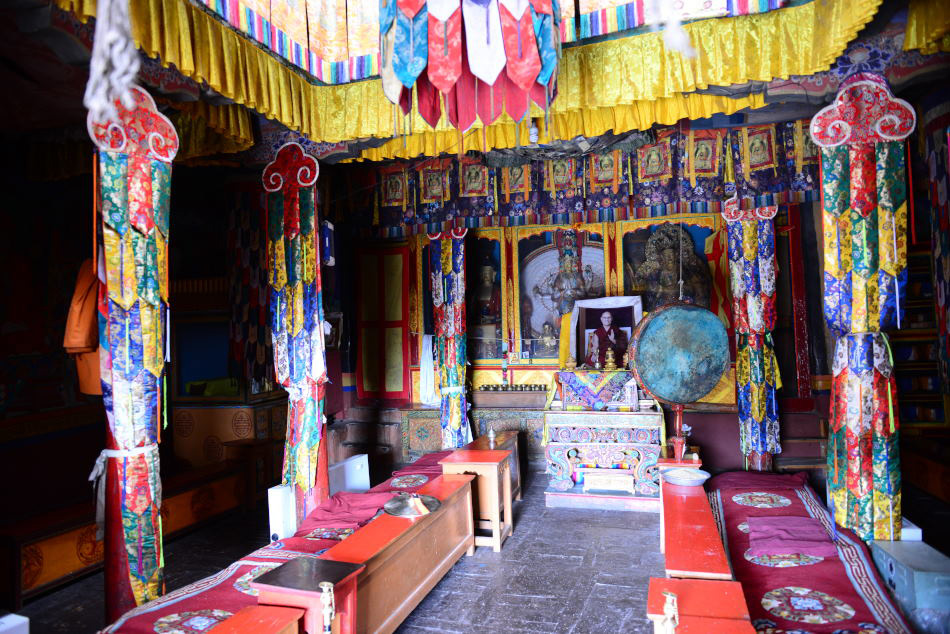 Some parts of the building still maintained the centuries-old atmosphere.

View from the rooftop of Matho.

The golden Wheel of Dharma and deer sculpture on the roof of Matho.

Two local women rested near a stupa at the entrance of Matho Gompa.

Entry pathway up to the Shey Palace. 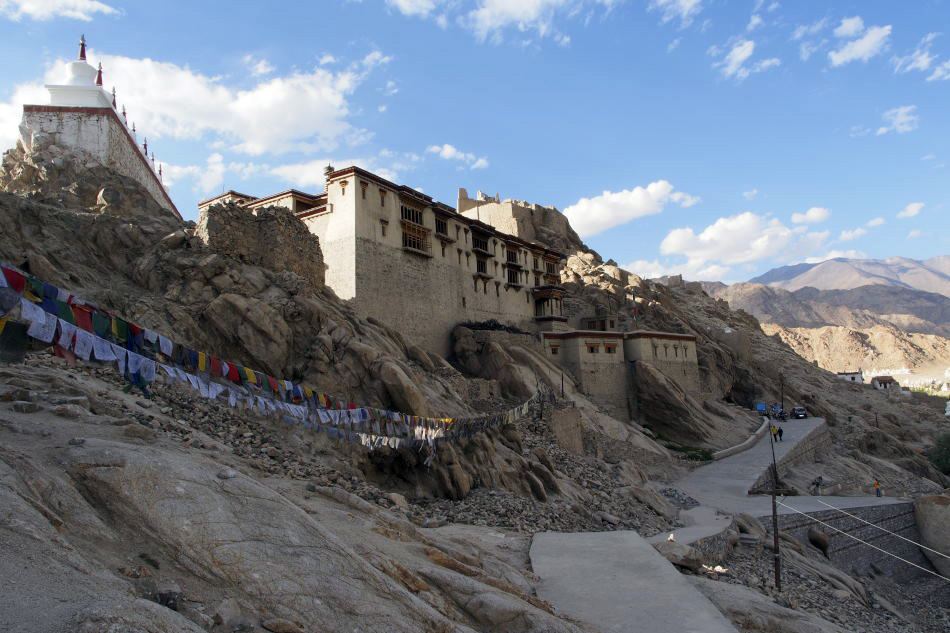 Front view of Shey Palace.  Much of the former royal palace was much in ruins today.

Some of the crumbling buildings above the palace mount were poorly maintained.

Large stupa back lighted by the afternoon sun.

Some parts of Shey Palace was really crumbling down.

White stupa and colourful prayer flags against the blue sky were quite photogenic. 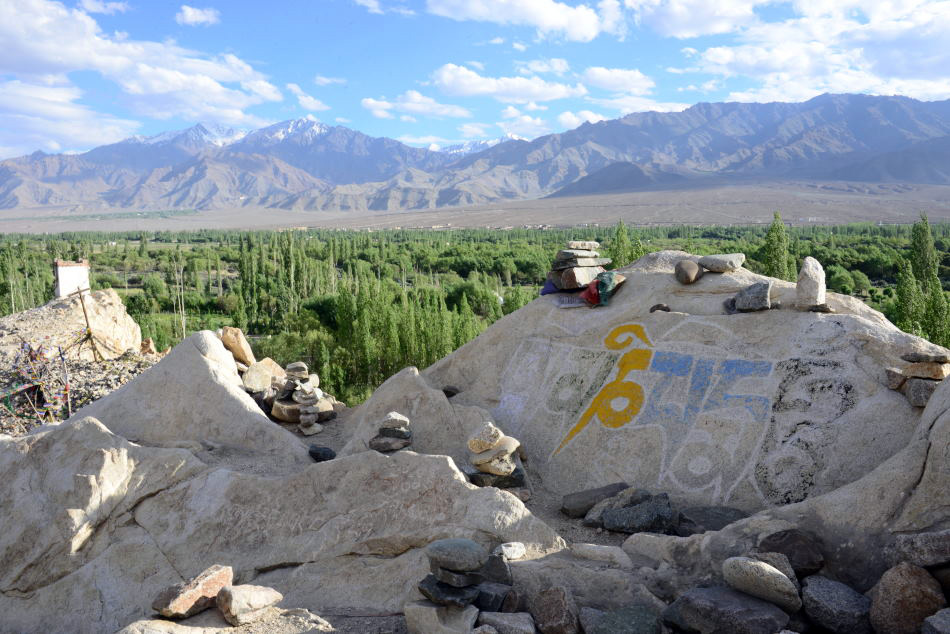 Mani stones of various sizes with the six syllabled mantra of Avalokiteshvara were common at Shey Palace and many other monasteries in Ladakh.

The nearby marsh across from the Shey Palace under the late afternoon sun.

This entry was posted on September 14, 2016 by Blue Lapis Road. It was filed under India, Ladakh, Ladakh and Delhi 2016 and was tagged with Buddha, gompa, India, Indus, Ladakh, Leh, Matho, palace, sakyapa, Shakyamuni, Shey.