After Rockbund Art Museum, we continued our inspiring art journey to M50.  50 Moganshan Road (M50) is a thriving artist community in Shanghai.  Over a hundred artists and artisans have studios at M50, and many are opened to the public.  M50 art community occupies a number of former factory buildings of Chunming Slub Mill.  By around year 2000, artists started to move into the vacant factory buildings because of the affordable rent.  The area gradually developed into one of the most interesting cultural scene in the city.

From Rockbund, we took a taxi to M50.  We were greeted by a few-storey high tower, cladded in silver aluminum panels, that said M50: Suzhou Creek/ Soho/ Loft.  Once inside the M50 area, we felt like we had entered a factory campus with industrial buildings and alleyways and footbridges linking up various building blocks.  We picked a building to enter to check out the artist studios inside, many of which had works displayed.  It wasn’t crowded but visitors like us could be seen all over.  Neatly designed coffee shops and souvenir/ design shops also mushroomed at M50, aiming at the increasing number of outside visitors and tourists.  We hopped from buildings to buildings and had fun in absorbing the causal and artistic atmosphere of M50.

The silver signage tower of M50 at the entrance.

Once inside, it felt like we had entered an industrial campus, except cool signage and LED video screens.

Posters of artist studios were pin up at the entrance of one of the buildings in M50.

Studios and small galleries lined up along both sides of a building in M50. 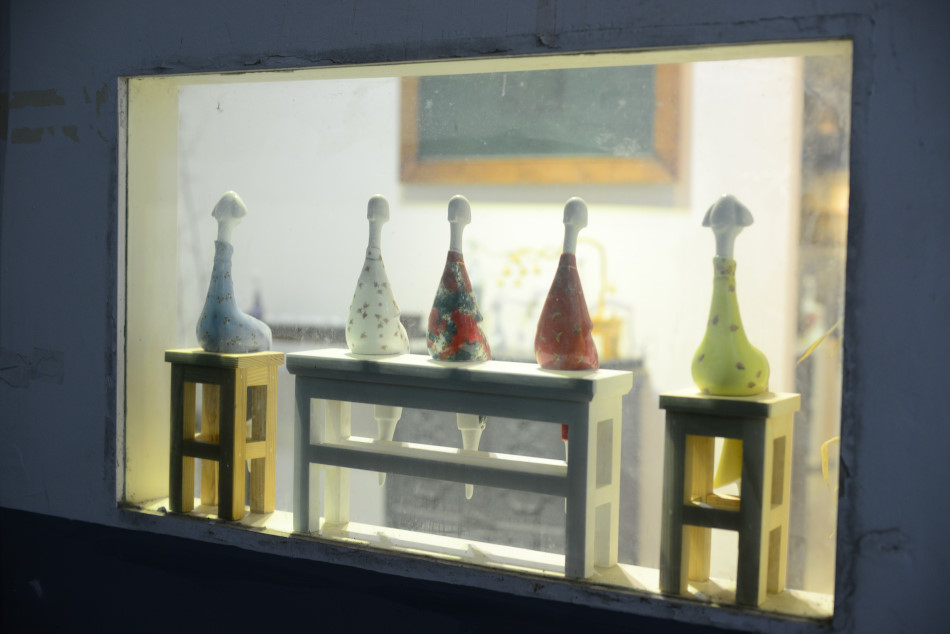 Window display of a sculpture studio. 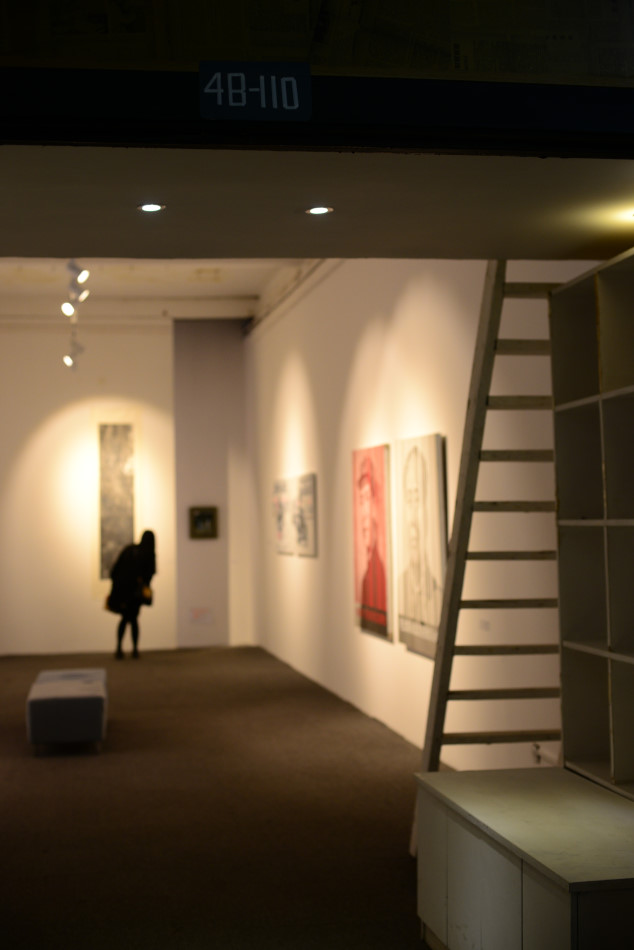 Some galleries focus on paintings with local Chinese themes.

A slab opening seemed causally made to accommodate a red staircase in one of the buildings of M50.

Hallways in the buildings at M50 are spacious, some of them have high windows to allow natural light into the building. 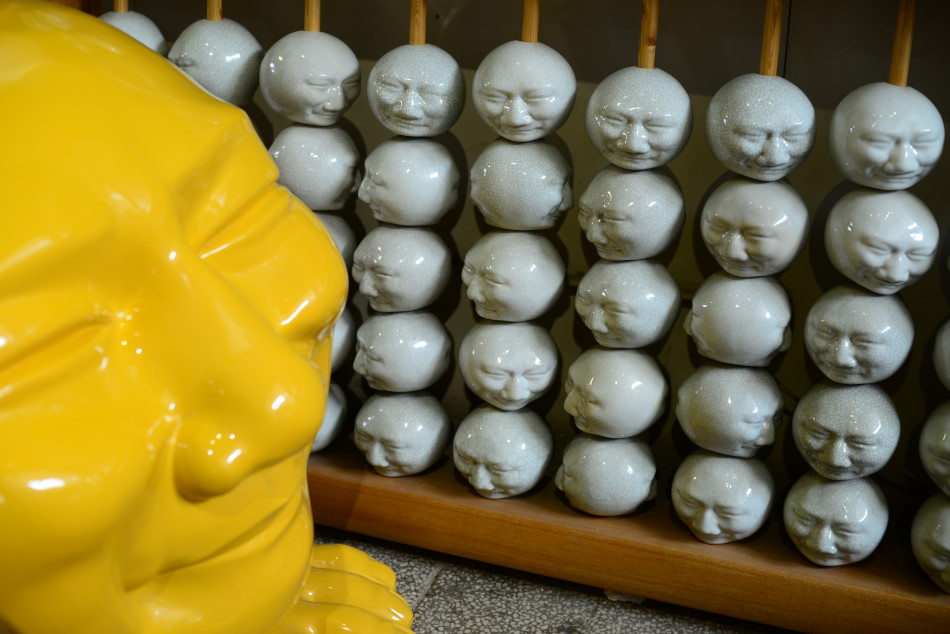 Human face is the main theme of one of the artists’ works at M50.

Oshadai, a neatly decorated cafe / eatery with a causal touch of the countryside.

Street art could be seen all over M50.

An outdoor piece made of signage. 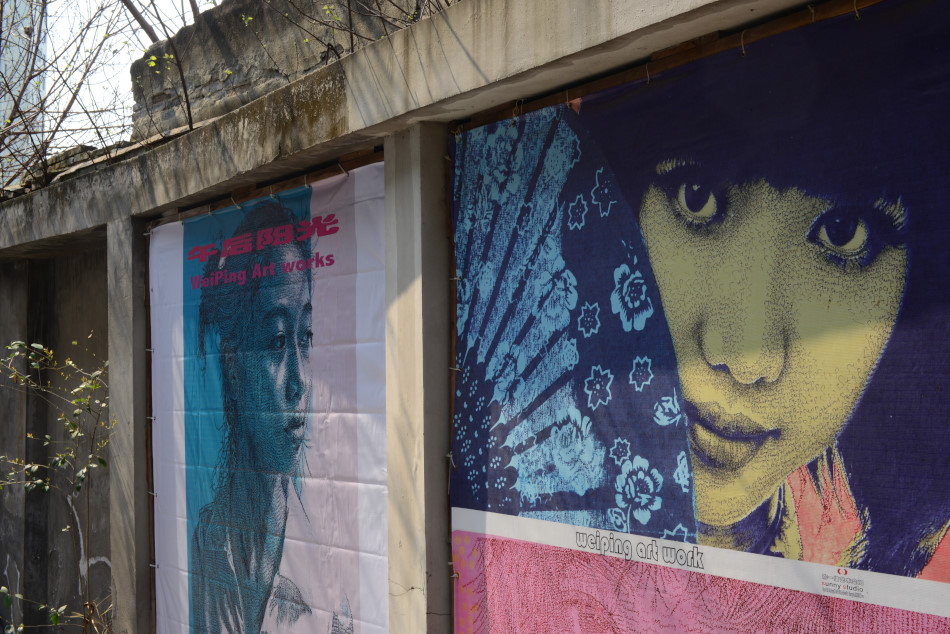 Wall advertisement on the boundary wall of M50. 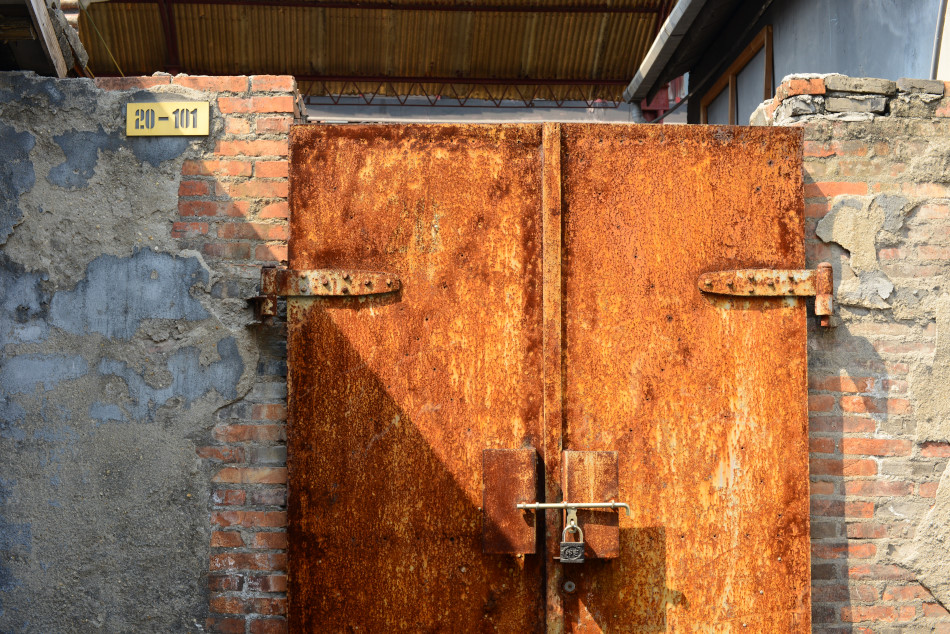 Even the colour and pattern of a rusty gate look interesting under the sun.

Another street art with a local touch.

Under the water tank is another artist studio, which can be accessed by the stair and concrete deck that wraps around the sign “Waiting for You”. 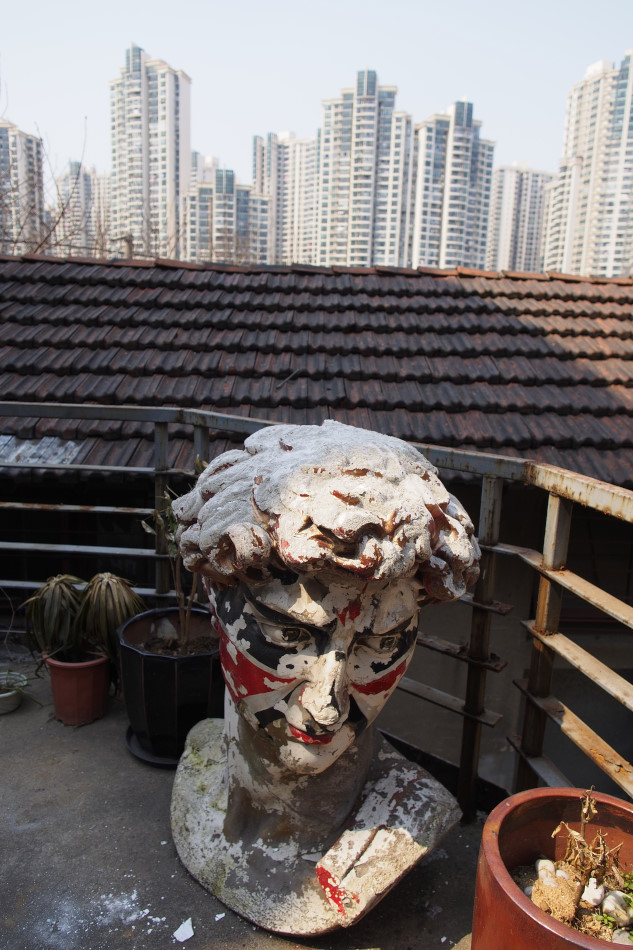 A partial replica of Michelangelo’s David with nearby residential development at the background.

The cutest cat sat at the door threshold of a cafe with both of its paws fixed on the saddle.

This entry was posted on May 21, 2016 by Blue Lapis Road. It was filed under China, China: Shanghai 2016, Shanghai and was tagged with art, artist, China, design, gallery, M50, Moganshan, Shanghai, studio.