FAREWELL TO THE INCAS, Cusco, Peru

After the 4-day Inca Trail, we had one final full day in Cusco. We started off our day with visiting Qorikancha, the colonial church and convent of Santo Domingo that built upon the stone walls and foundations of the richest temple in the Inca empire, the Inti Wasi, or the Sun Temple.  Qorikancha in Quechua means “Golden Courtyard”.  Pachacuti Inca Yupanqui, the famous Inca Emperor who expanded the Kingdom of Cusco into the mighty Inca Empire, and was probably the one who ordered the construction of Machu Picchu, transformed much of Cusco into his capital city and erected the Inti Wasi as the most important temple of the empire.   Pachacuti decorated Inti Wasi with gold vases, gold statues, gold ornaments, and walls covered with sheets of solid gold.  Much of the gold was given to the Spanish as ransom money for Atahualpa, the last emperor of the Incas.  Inti Wasi was looted and destroyed by the first Spanish conquistadors.  The Spanish colonists then spent almost a century building the Church of Santo Domingo over the walls and foundations of Inti Wasi.  Much of the church was damaged by earthquakes throughout the centuries, though much of the Inca foundations and walls remained intact because of their magnificent craftsmanship.

After Qorikancha, we strolled along Pampa de Castillo and picked an eatery to try some of the local delicacies. It was lunchtime and the restaurant was quite busy. There were only three things in the menu.  We ordered one of each and a large bottle of Inca Cola.  The dishes included adobo de chancho (Peruvian slow-cook pork in a soup/sauce made with jalapeno peppers, tomatoes, garlic, vinegar, salt and spices), chicharrones (deep-fried chunks of pork served with corn, mint leaves, potato and onion), and the truly awesome caldo de gallina (chicken soup with real taste of chicken).

After lunch, each of us did some shopping at Kuna, a local knitwear fashion brand with a good collection of alpaca garments.  Then we walked over to the Cathedral (Iglesia de la Compania de Jesus). The Cathedral actually consisted of three different churches, Iglesia del Triunfo, Cathedral and Iglesia de Jesus Maria.  We entered the Cathedral through Iglesia de Jesus Maria. The three churches were good examples of colonial architecture, with lots of silver treasures and historical artifacts. Famous paintings include the Quechua’s version of The Last Supper (a small feast with Andean ceremonial food), and the oldest surviving painting in Cusco that depicted an earthquake in 1650.

We couldn’t resist but went for another round of lucuma milkshake at Mercado San Pedro. After the drink, we took a taxi to the district of San Blas one more time to shop for jewellery and souvenirs. We didn’t get any jewellery, but instead, a few souvenirs including t-shirts and two small water-colour drawings.  On our way back down from San Blas, we strolled pass the alleyway of Hatunrumlyoc to admire the Inca stonework one last time.  This was once the palace of Inca Roca, then converted to a grand colonial residence, then a archbishop’s palace, and now, Museo de Arte Religioso.  Each stone of Hatunrumlyoc was smoothed, shaped and fit together by hands, without any use of mortar.  Given the splendid stonework, the Incas and the Quechua people were truly master builders of their time.  It was hard to imagine that their empire lasted for only 100 years. Within a century they built all these palaces and lost cities on the Andes such as Machu Picchu.

Since I needed more rest to deal with my fever, I decided to called it a day and returned to Ninos 2 Hotel, while my friends went out to Plaza de Armas to meet up with our Inca Trail group for a dinner gathering.  They brought back a bowl of delicious chicken soup for me that truly brightened my mood and whetted my appetite.   Since we landed at Arequipa, it had been 13 days traveling in the Peruvian highlands.  In the next morning, we would left the Peruvian Altiplano for Lima. 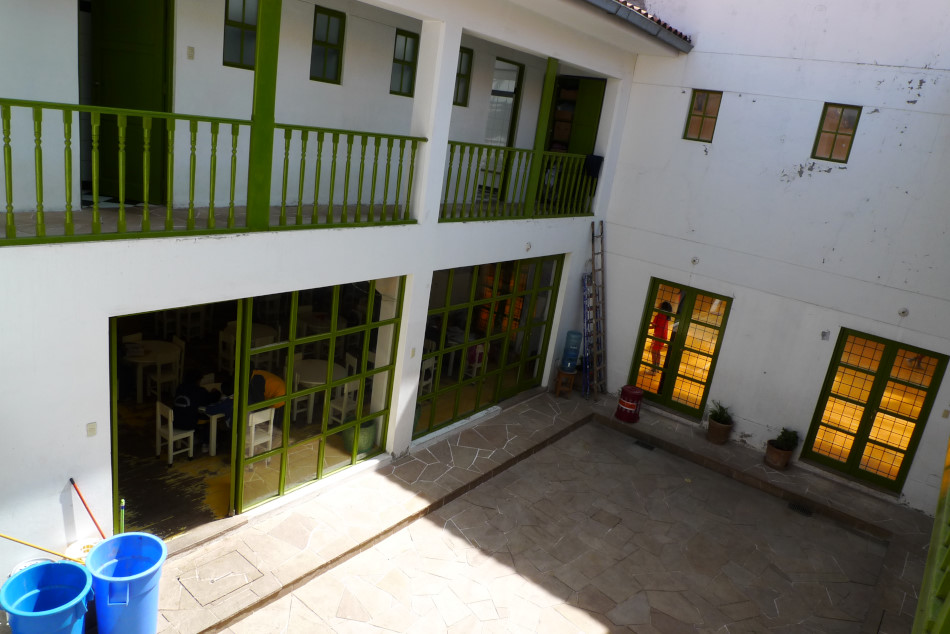 Nino’s Hotel 2: across from our room there is the facilities for street children supported by the hotel and other donations.

Urban view of Cusco from Qurikancha. 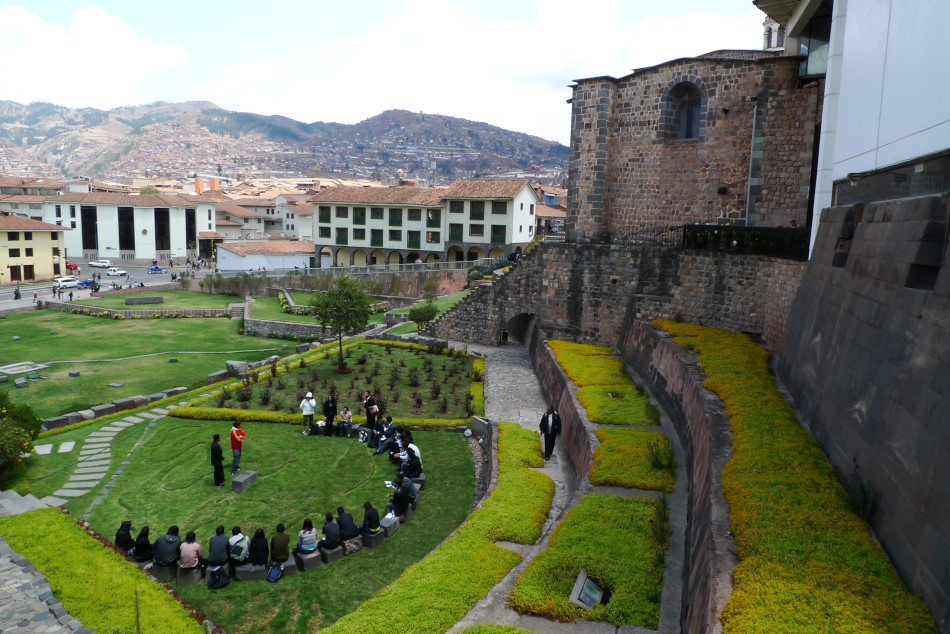 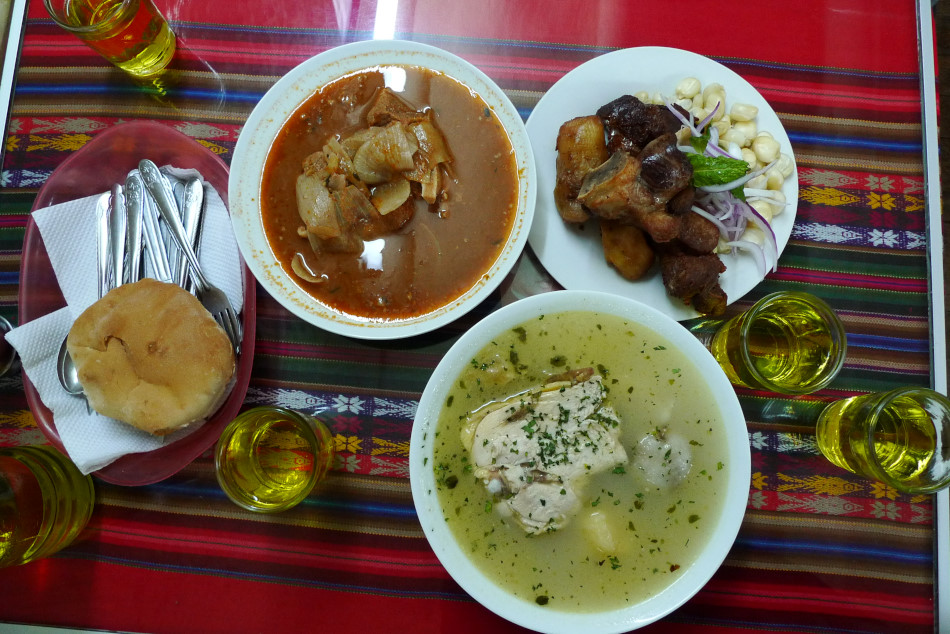 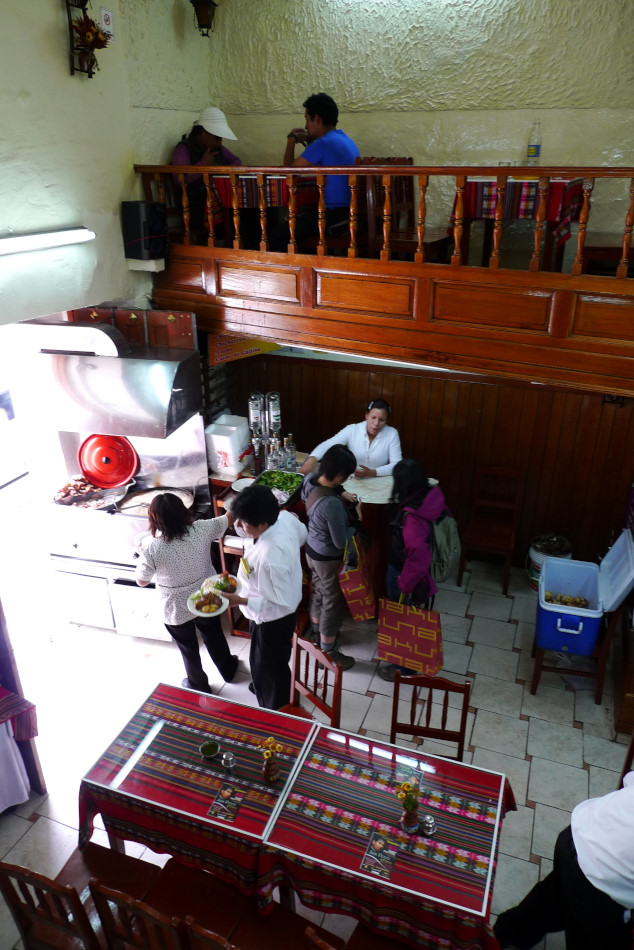 Atrium of the eatery.

Live music at the eatery. 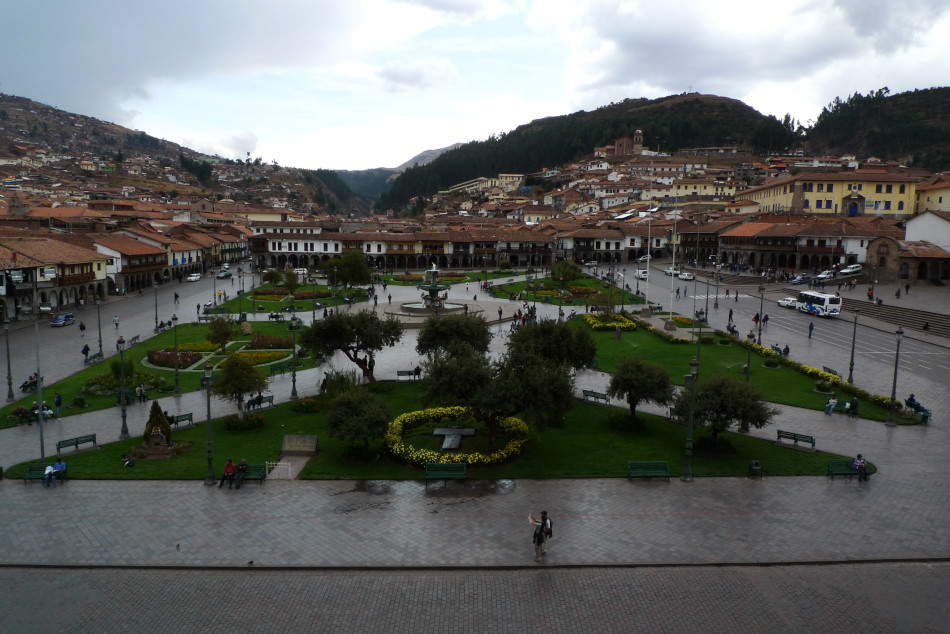 The Cathedral of Cusco.

The Cathedral of Cusco. 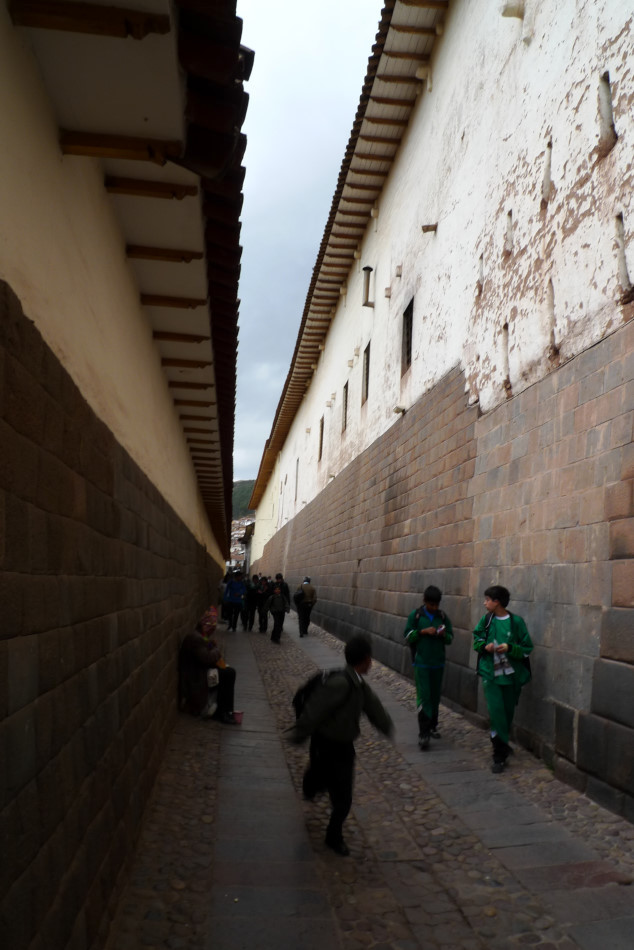 After the two churches, we strolled around the Plaza de Armas area, and found our way through some of the alleyways that are still flanked by Inca stonework. The first alleyway we walked through was Loreto. 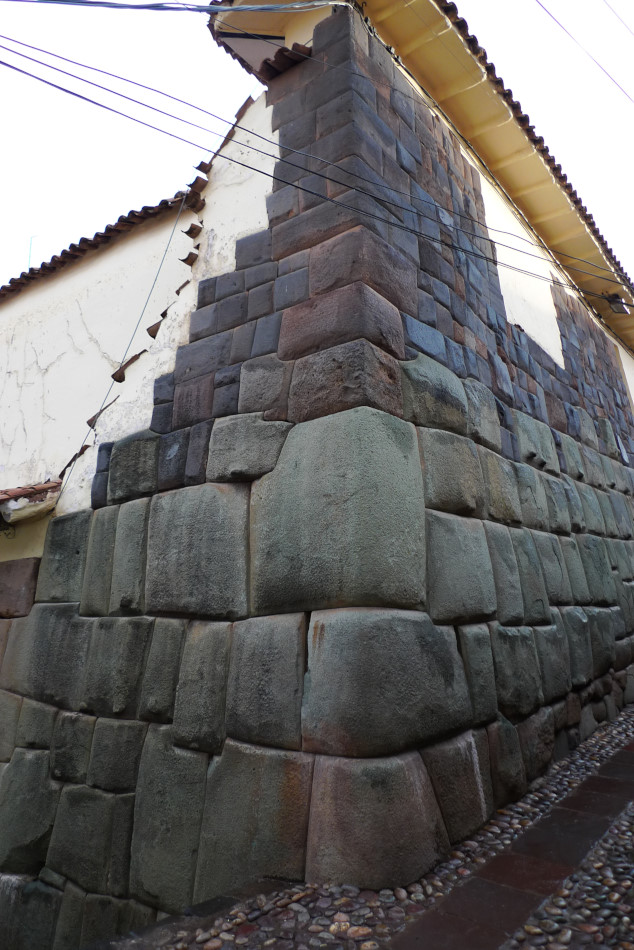 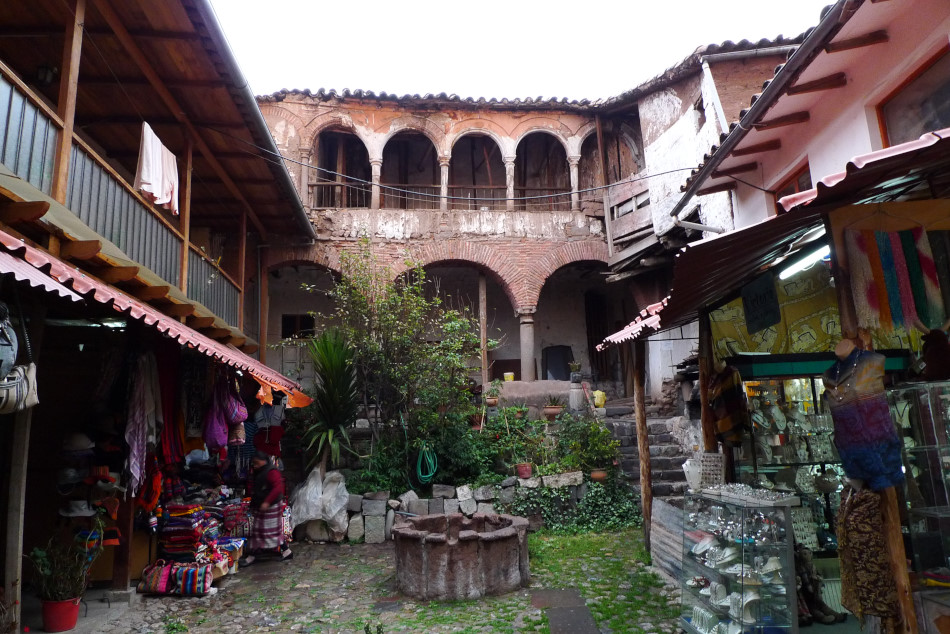 A courtyard of souvenir shops at Hatunrumlyoc.