Before we headed south to Kumano Kodo, we based ourselves in Osaka.  From Osaka, we were spoiled with options of destinations for day trips.  On our first day we picked Yoshino.  On our second we headed northwest to the capital city of Hyogo Prefecture, Kobe (神戸).  In 1850s the port of Kobe had been opened to the world, and since then, the city had developed into one of Japan’s most cosmopolitan city.  Two decades ago the city experienced one of the most devastating earthquakes in Japan in the 20th century, the Great Hanshin Earthquake.  Thousands lost their lives and uncounted buildings damaged.   Today, except a few spots where the damage was preserved as memorials, much of the damaged neighborhoods in Kobe has been fully restored and rejuvenated. 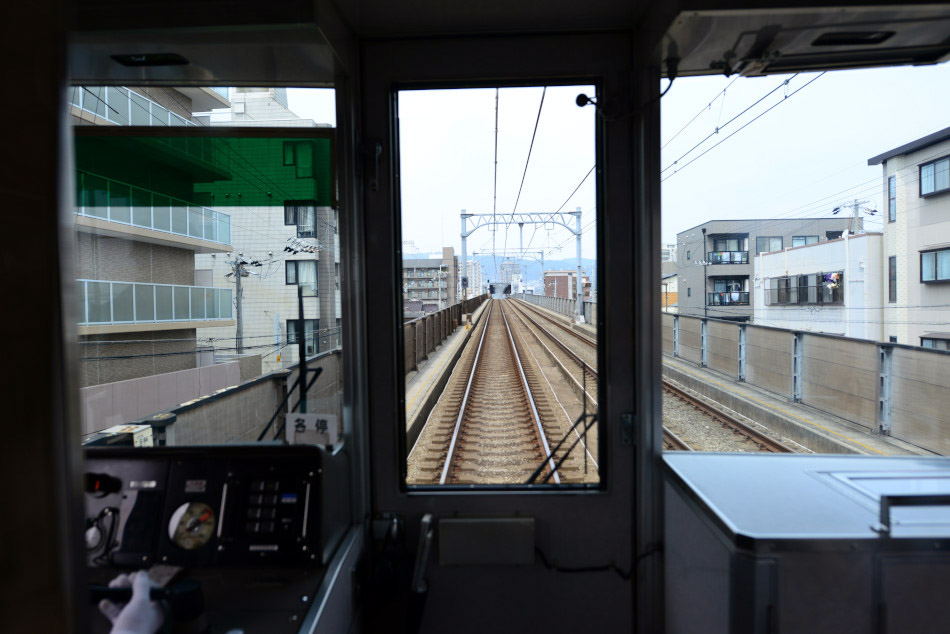 We arrived at around lunch time. We headed straight to Ishida, a teppanyaki restaurant that we found online near Sannomiya train station for lunch. It was a Sunday afternoon and the small lanes north of Sannomiya were very quiet.  Inside Ishida, however, the scene was quite different, and we were lucky to take the last two seats without reservations.

We sat along a L-shaped teppanyaki table side by side with other guests.  The chef carefully prepared our beef and the side vegetables on the hot stainless teppanyaki table grill.  We ordered two kinds of steaks:  the Kobe A5 steak and a wagyu ribeye.  Both were top quality but the Kobe steak with its well mixed marble texture had an exceptional buttery flavor. 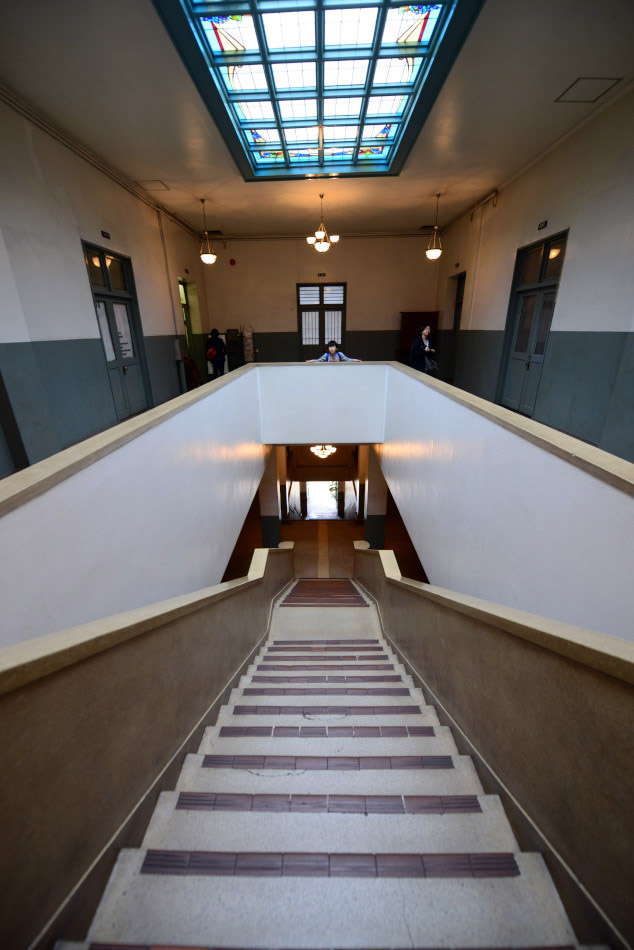 After the fine lunch, we headed south to the Motomachi neighborhood near Chinatown.  In the area, a number of old buildings were redeveloped into atmospheric retail complexes of designer boutiques, craft shops, and artist studios.

We then took a Hanshin train to Iwaya Station for Hyogo Prefectural Museum of Art.  The main purpose for the visit is to check out the building designed by architect Tadao Ando. 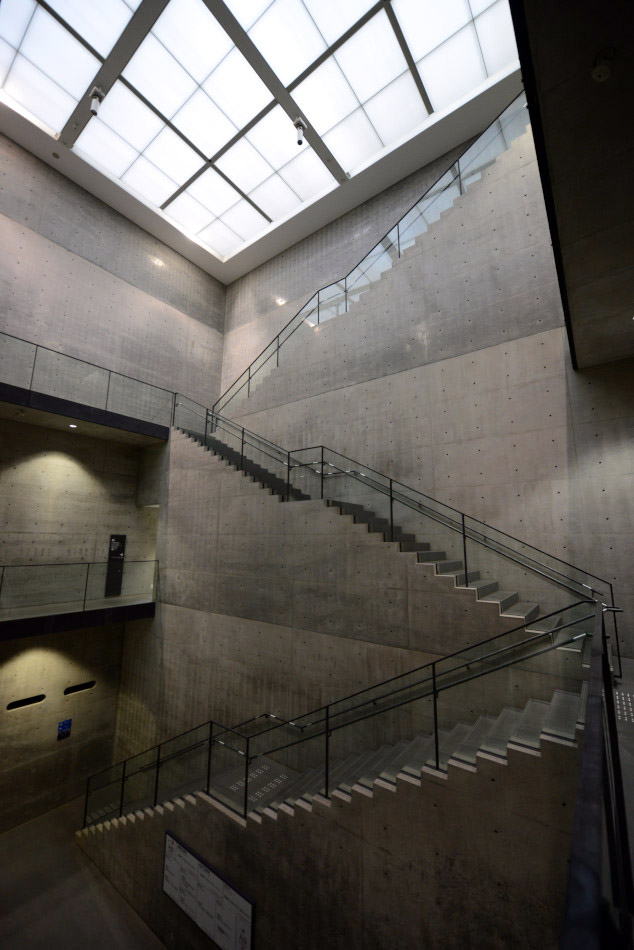 Completed in 2002, Hyogo Prefectural Museum of Art was dominated by Ando’s signature use of architectural concrete. 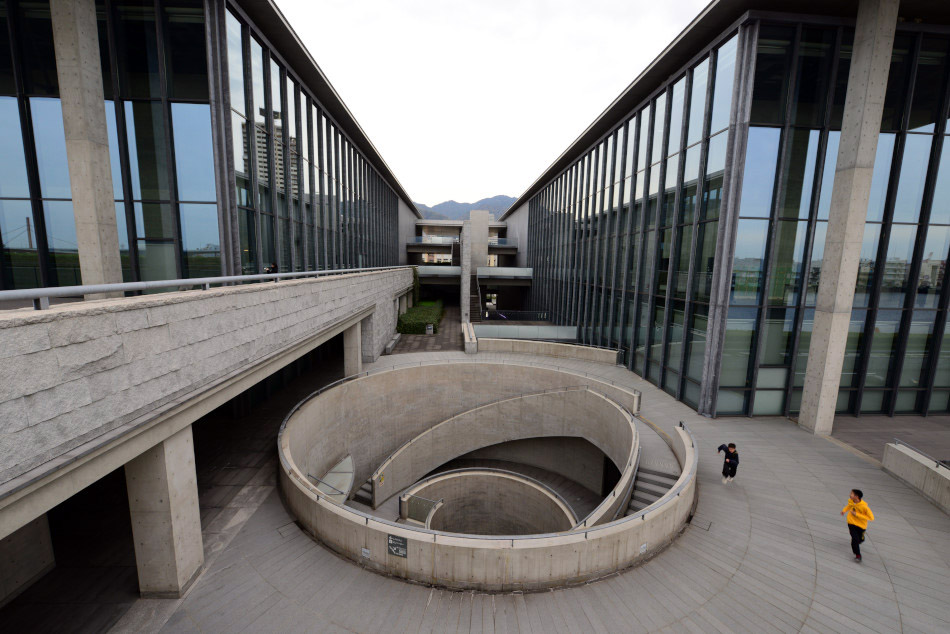 Concrete walls, glass halls, spiral feature stair, and thin slab roofs create a solid piece of architecture, in a way echoing the city’s rise from the devastating earthquake of 1995. 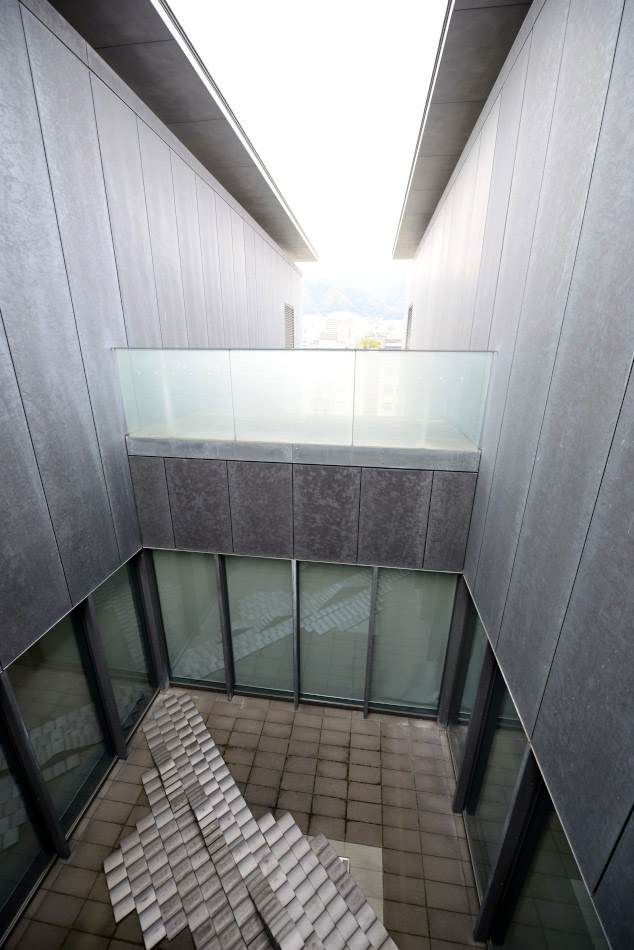 Exterior spaces on various levels of the building roof are used for roof terraces and outdoor art display areas. 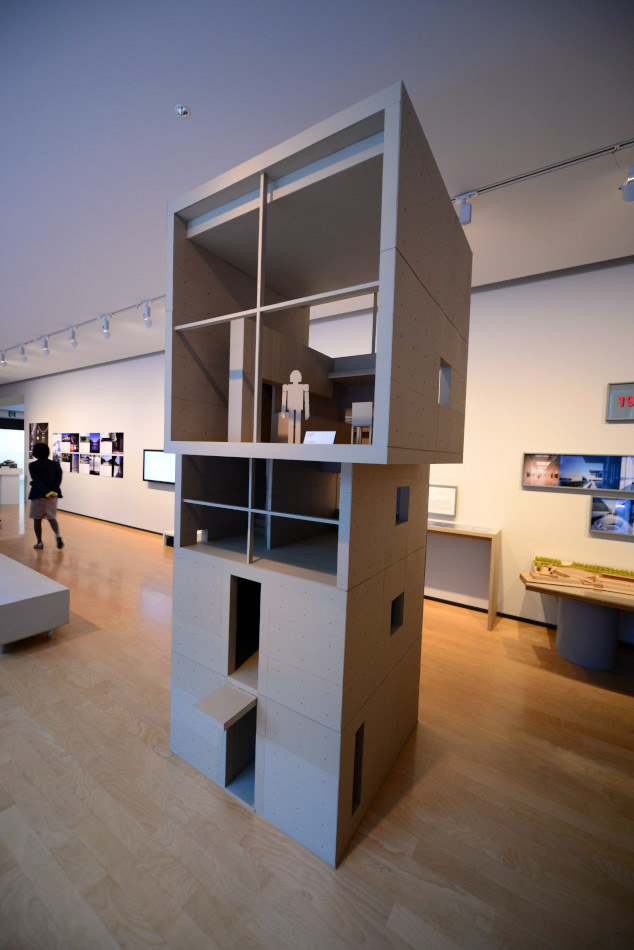 A section of the museum exhibit is devoted to the architecture of Tadao Ando.  Architectural models of various scales, including this model of the 4×4 House in Kobe.

The large overhanging eaves were quite visible when we exited the museum from the side facing the sea.

Along the seaside promenade, Ando also designed a number of architectural features in the park adjacent to Hyogo Prefectural Museum of Art.

Next time, we will definitely visit the Kobe Earthquake Memorial Museum. The museum was designed to commemorate the devastating earthquake in 1995.  The museum aims to educate the public about disaster prevention and to remember the city’s  loss in the Hanshin Awaji Earthquake. 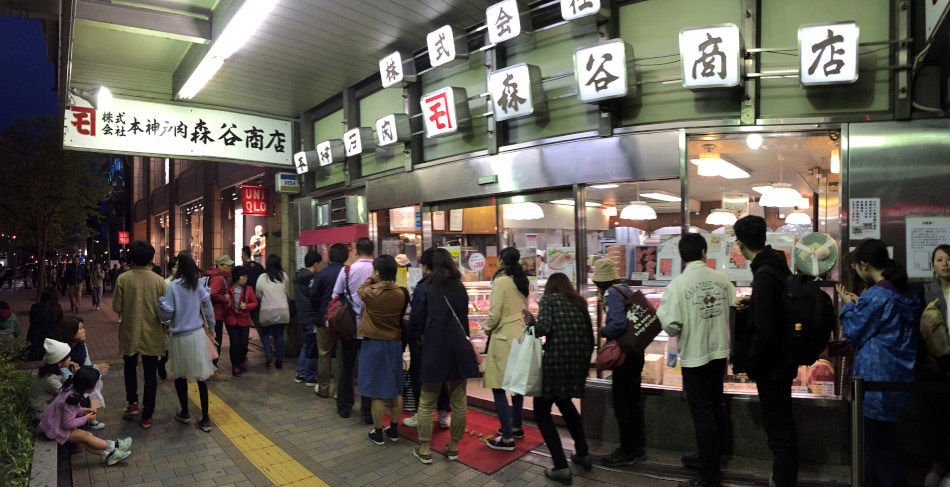 Before we caught the evening train back to Osaka, we joined the queue in front of a local butcher, Moriya, for some deep fried snacks.

It was almost 7:00pm, and the store was about to close. There were that many choices left. We ordered two kinds of croquette and just like the other locals, ate them on the street right in front of the store.

This entry was posted on May 23, 2015 by Blue Lapis Road. It was filed under Japan, Japan: Kansai 2015, Osaka and Kobe and was tagged with Ando, Architecture, beef, 神戸, Hanshin, Honshu, Hyogo, Japan, Kansai, Kobe, Tadao, 兵庫県立美術館.