A SHRINE IN SHIBUYA, Tokyo

Typhoon Vongfong finally left Tokyo. Life was back to normal in much of the Japanese capital. In the afternoon we were finding our way from Harajuku to Shibuya. In the midst of busy traffic and fashion boutiques of Meiji Dori, a small and traditional Buddhist temple set back from the street caught our sight in between two building blocks. Street noise faded as we walked in the gate toward Chosenji Temple.  We stood in front of the timber building to absorb the peaceful atmosphere of the place. Two cats appeared from the back of the temple, chasing each other, and disappeared into the shrubs adjacent to the property.

From Meiji Dori we walked into the side streets trying to find our way to Yoyogi Stadium. Soon we discovered another urban retreat. A stair caught our attention leading us up to a platform where Kitayainari Shrine stood. It was a blessing that we found this place, a tiny tranquil place finished with well-crafted concrete. Perfectly blended into the surrounding modern architecture, Kitayainari Shrine serves well as a spiritual niche in the dense commercial neighborhood.   We walked around this small complex for longer than we thought we would, enjoying a sense of traditional spirituality in a contemporary architectural setting. Under the warmth of the afternoon sun we saw the structure of Yoyogi Stadium bathed in the orange sunlight just across the street. 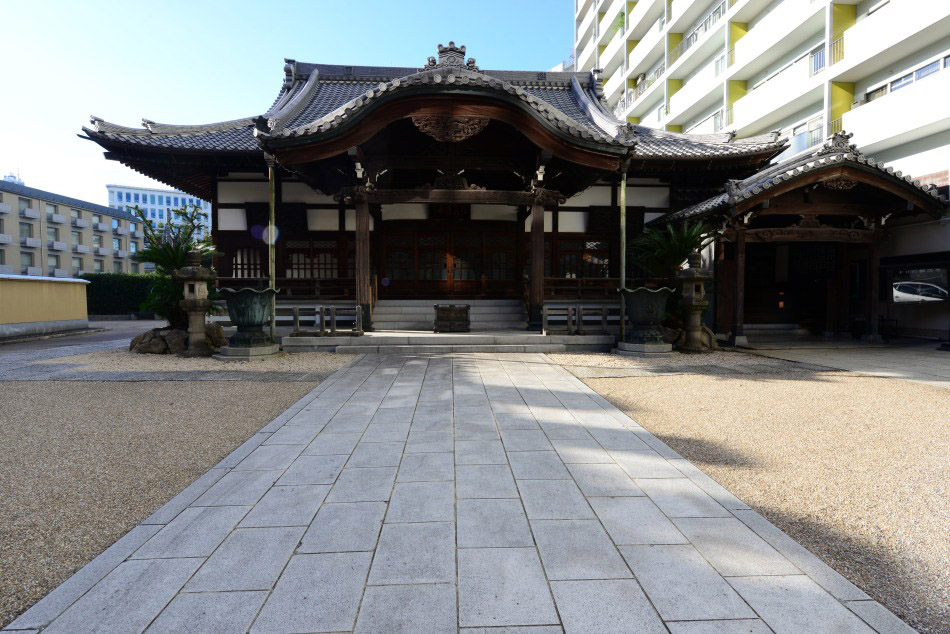 Chosenji is hidden behind the hustling street scene of Meiji Dori in Shibuya. 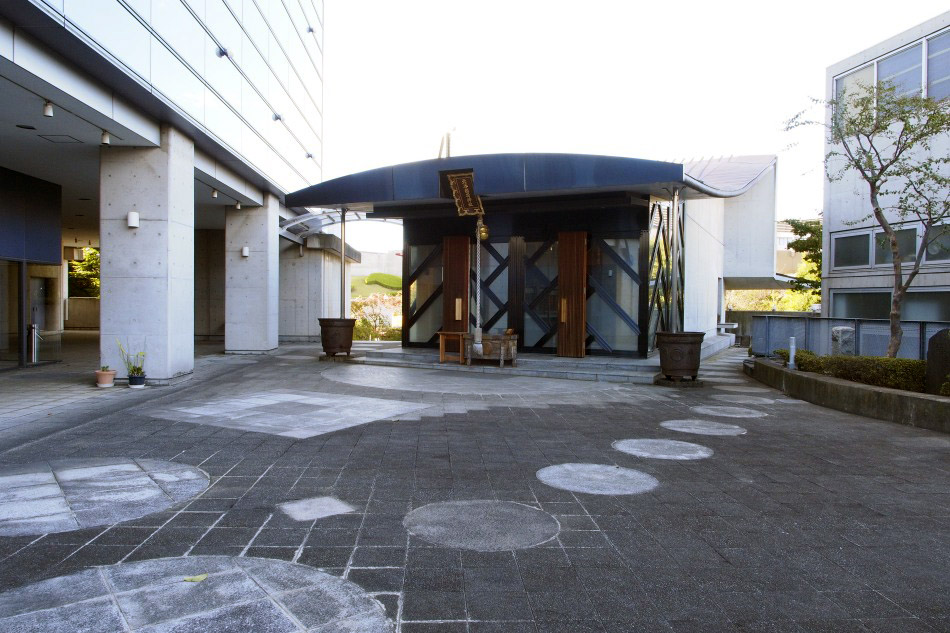 Built with concrete, metal, wood and glass, Kitayainari Shrine is a hidden gem that we found when we were exploring a short-cut path to Yoyogi National Stadium. 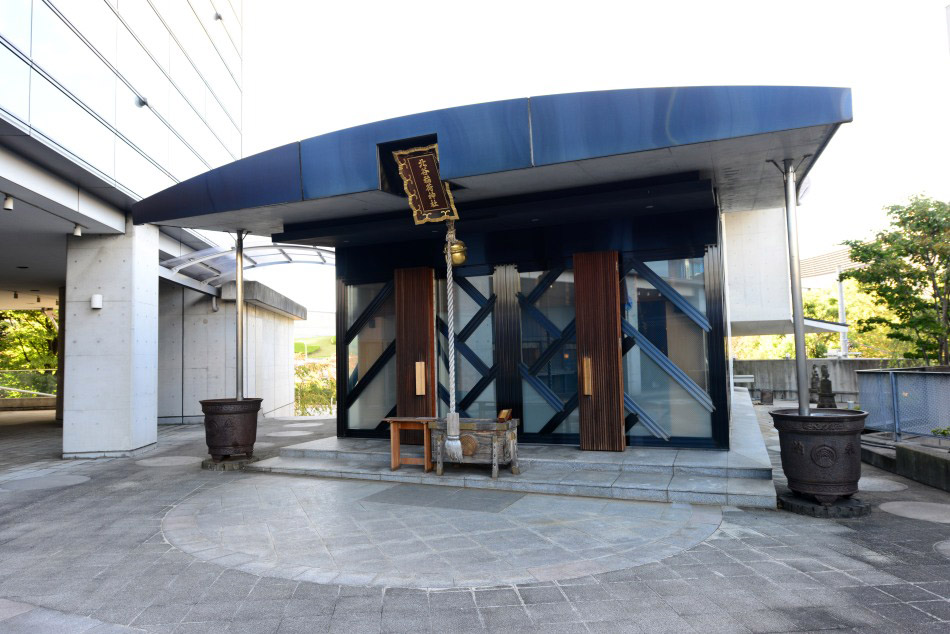 The shrine was closed but we enjoyed moment of quietness at the forecourt with occasional cool and refreshing breeze. 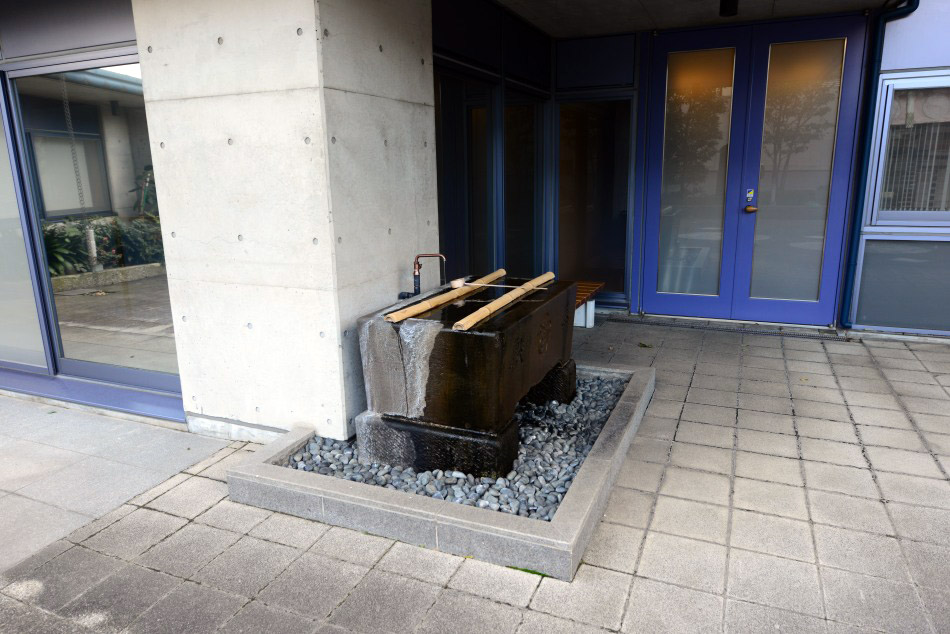 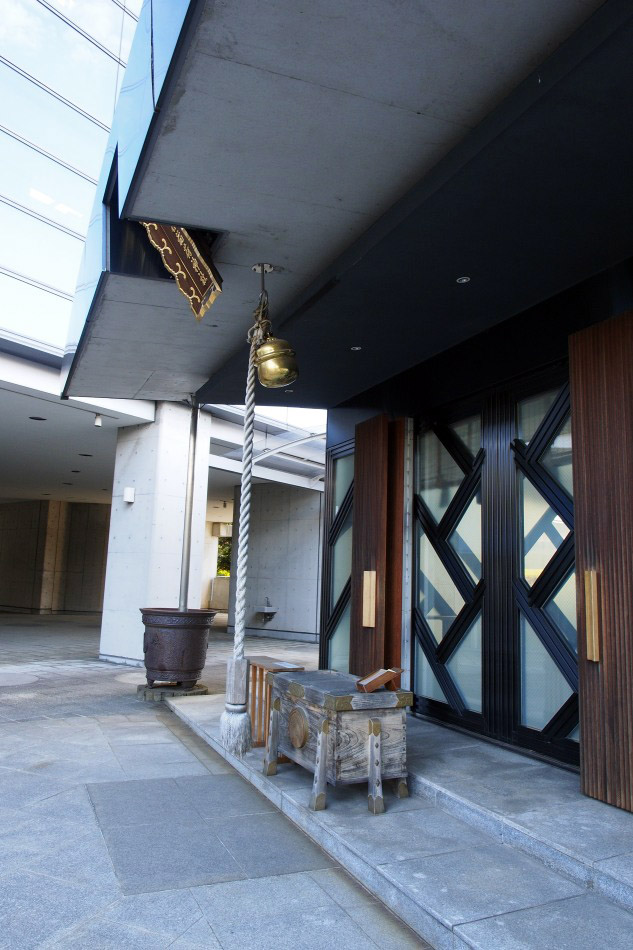 A large bell with rope suspended under the soffit over the main door of the shrine. 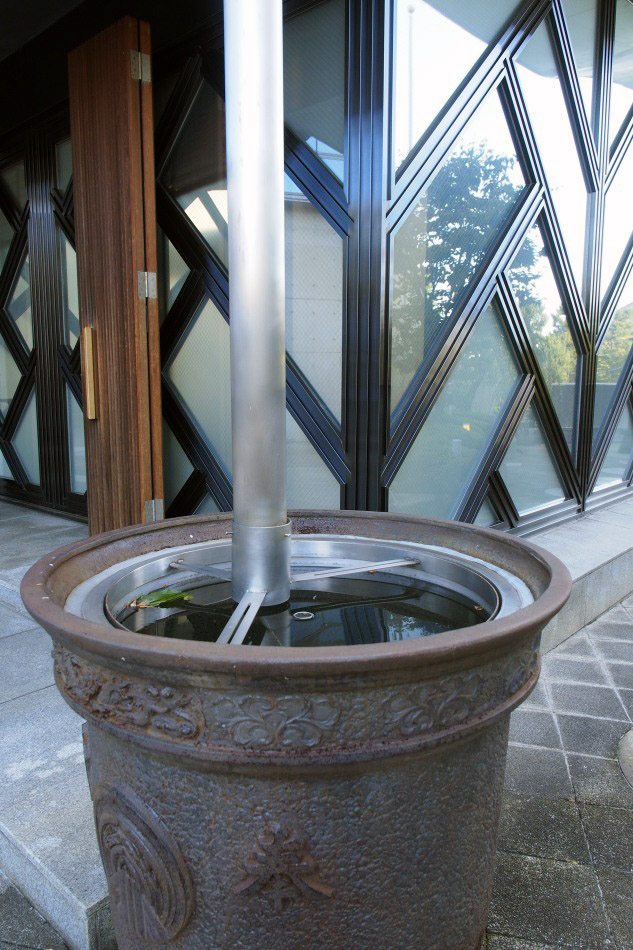 At each eaves corner, a metal downsprout collects rain water from the roof down to a traditional cistern in front of the temple. 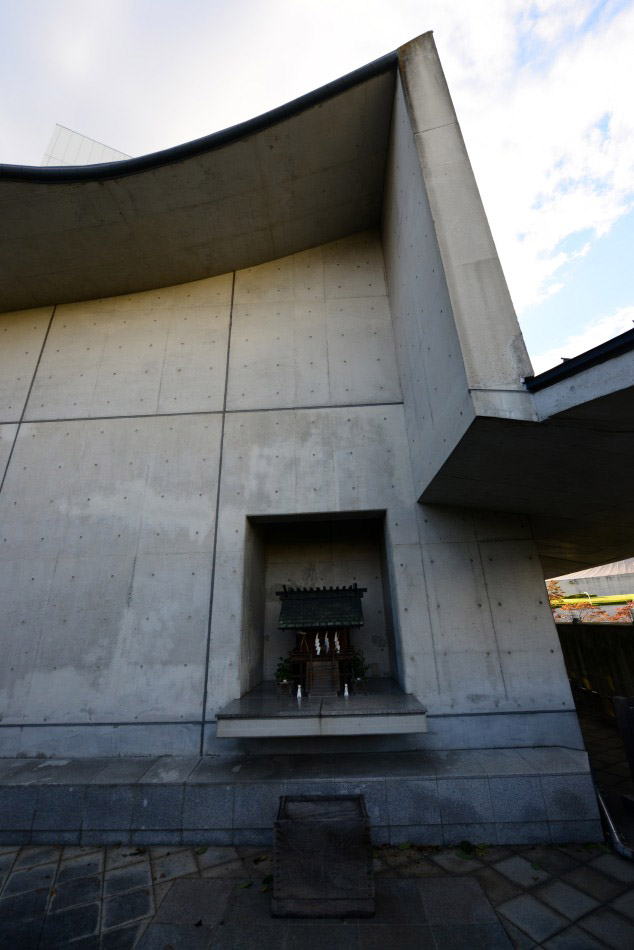 Around the corner, we found a small concrete niche that houses an exterior altar for worship. 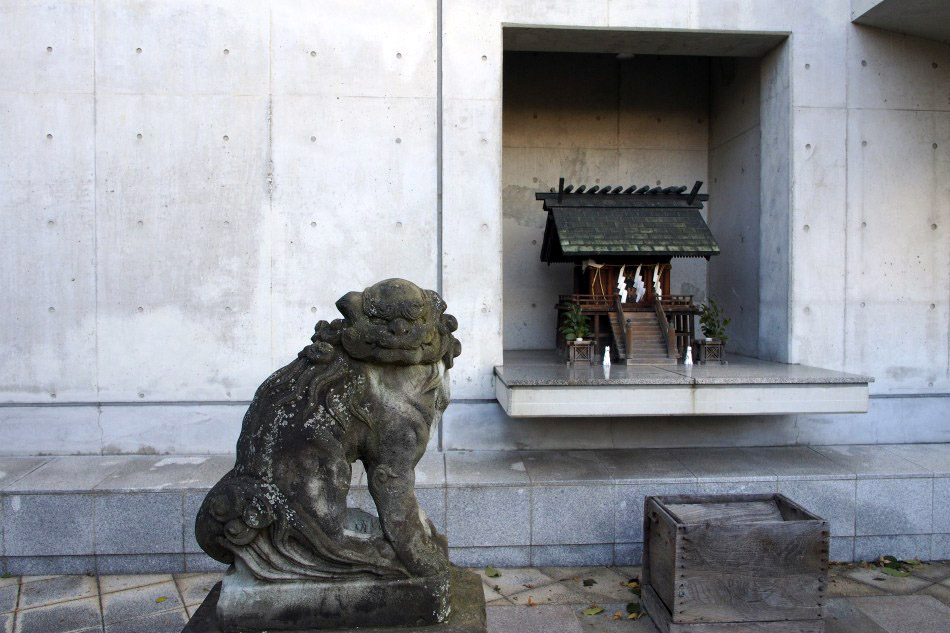 A pair of animal guardians stand in front of the exterior altar. 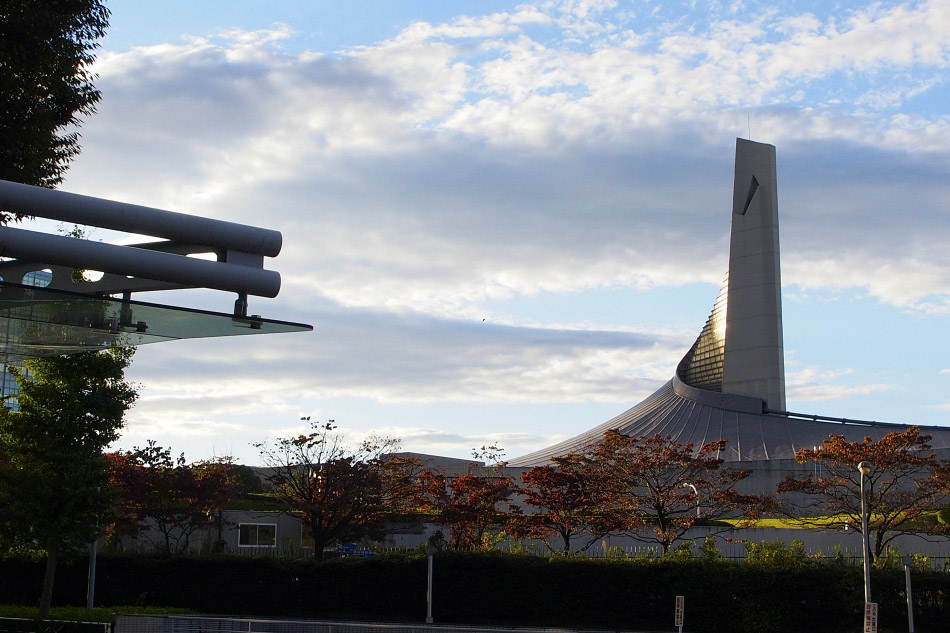 This entry was posted on October 31, 2014 by Blue Lapis Road. It was filed under Japan, Japan: Tokyo 2014, Tokyo and was tagged with Chosenji, Japan, Kitayainari Shrine, Shine, Tokyo, Travel.