The sea was calm. The air was light. The sky was blue.  Typhoon Vongfong was two days away.  We spent our first afternoon at Osanbashi Pier in Yokohama.  Designed by Foreign Office Architects, the Osanbashi Pier project does not only bring a modern facility to the ferry terminal at the port of Yokohama, but it also provides a pleasant public space right by the water of Tokyo Bay.  Covered entirely with undulating timber decking, the roof of Osanbashi Pier was the perfect place for us to chill out under the sun after our mid-night flight.  Across the water we could see the skyline of Downtown Yokohama.

Children chased each other on the rolling decks, where walls became ground which split up into rows of terrace seating. That Saturday afternoon, Hawaiian music and dance performances filled the air with joy at the Osanbashi Pier. 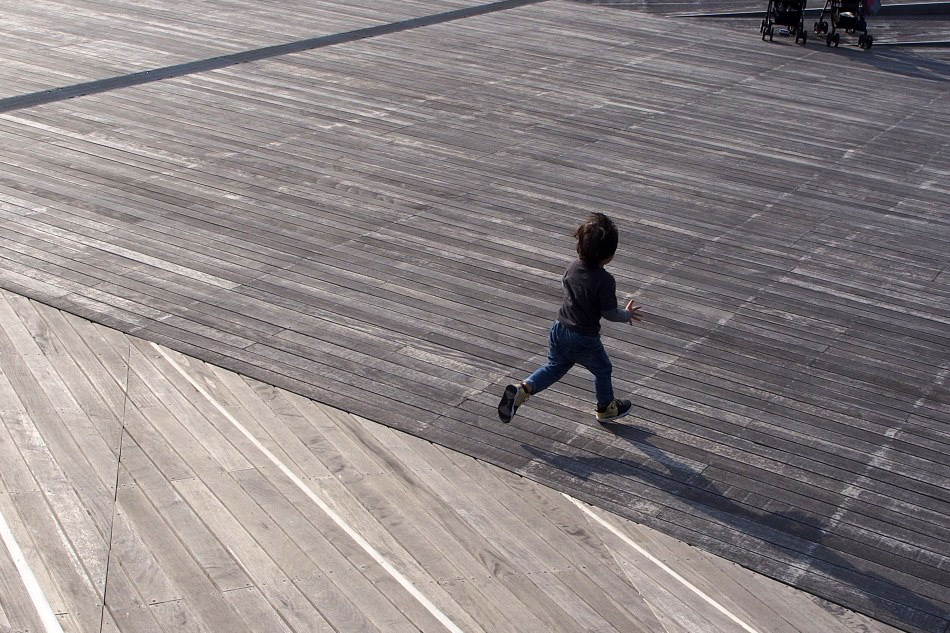 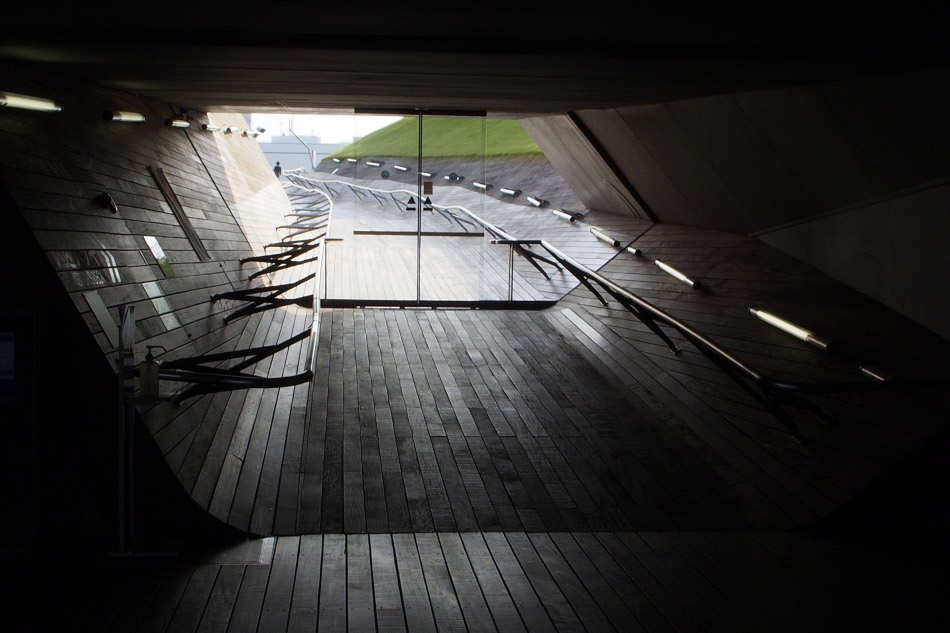 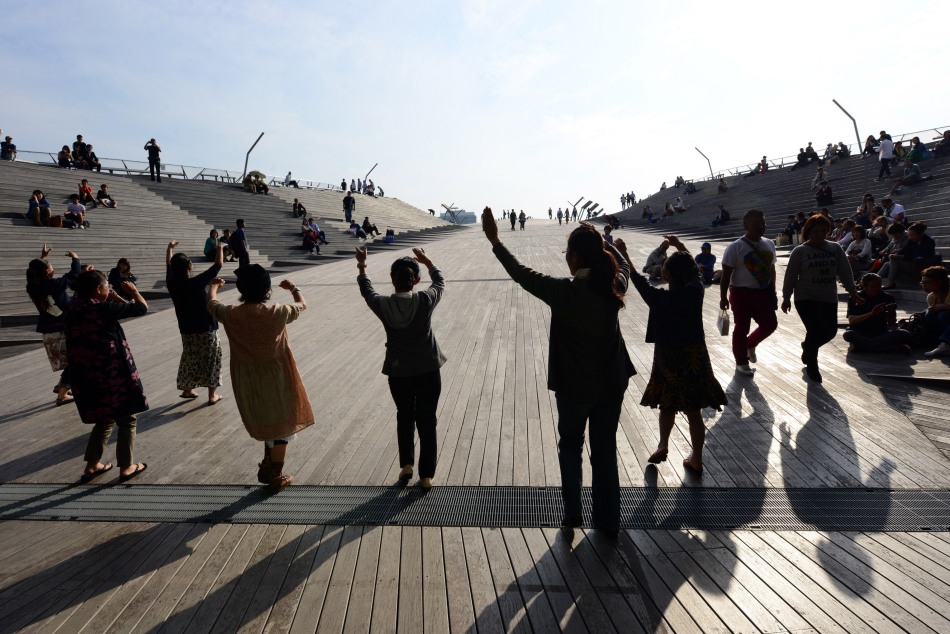 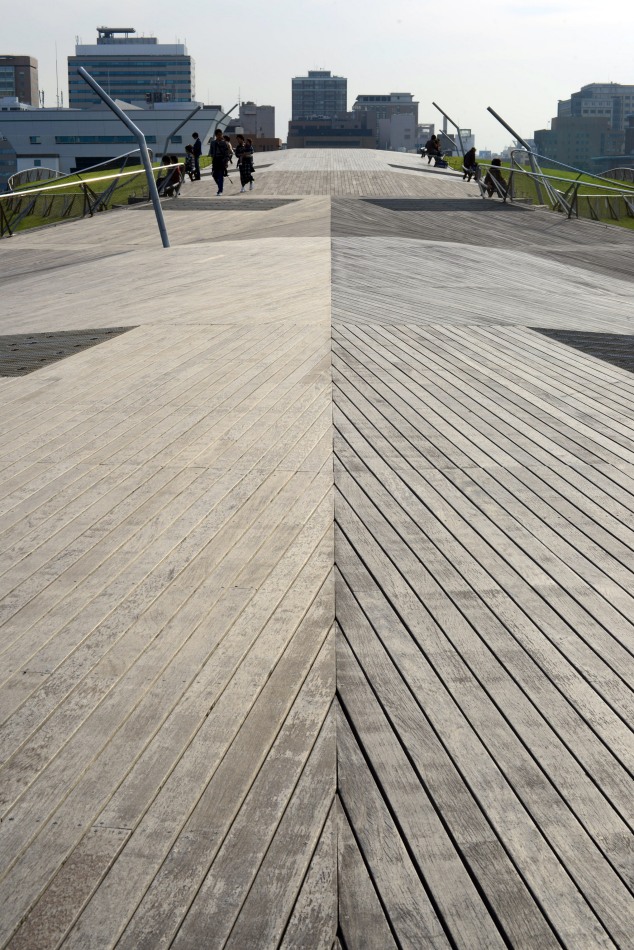 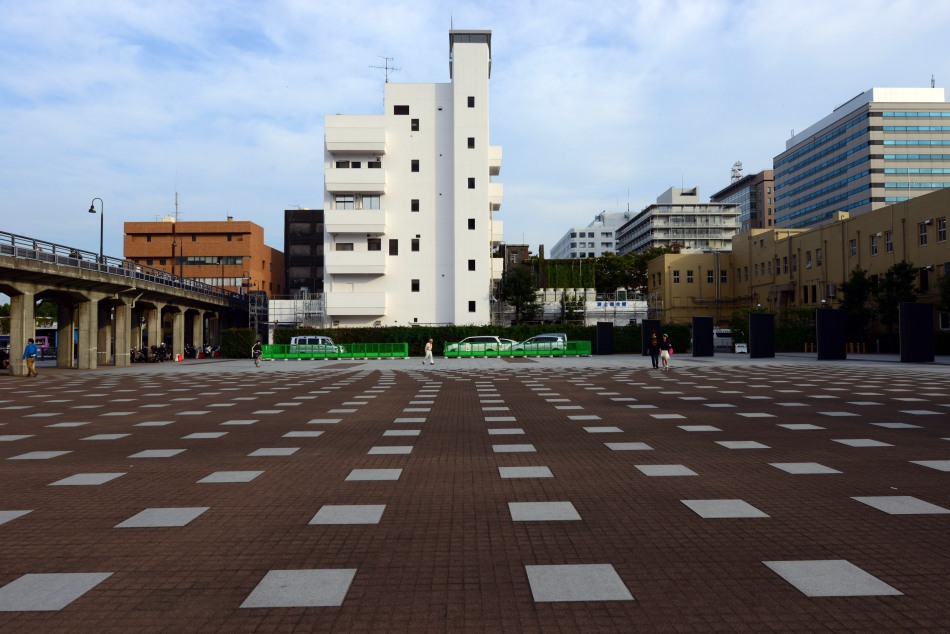 This entry was posted on October 19, 2014 by Blue Lapis Road. It was filed under Japan, Japan: Tokyo 2014, Tokyo and was tagged with Foreign Office Architects, Japan, Osanbashi, pier, Tokyo, Urban Design, Yokohama.