Enlisted on the World Heritage list in 1987, Brasilia is the only modern city recognized by the UNESCO for its unique city planning and architecture.  In 1956, President Juscelino Kubitschek decided to move Brazil’s capital from Rio de Janeiro to an interior location, a symbolic gesture to move away from Brazil’s colonial past to a central location closer to the hinderland away from the Atlantic coast.  Lucio Costa, an architect and urban planner, won the planning competition for the new capital – Brasilia in 1957.  Partnered with Oscar Niemeyer (architect responsible for most notable buildings) and Roberto Burle Marx (landscape architect responsible for many parks and gardens), the planning and architectural design were developed in a short period of time, and the new capital was officially inaugurated in 1961, 3.5 years after the start of construction.  Named as the Pilot Plan, the layout of Brasilia is the only example of Modernist city planning realized in full scale.  In aerial view, Brasilia looks like an airplane or a bird with open wings.  All federal buildings are located along the central axis known as the Axis of Monuments.  Residential quarters are organized in different sections at both “wings” of the plan.  At the heart of the plan lies the Central Bus Station, wrapped with the Hotel and Banking Sectors.  Efficiency of automobile traffic and strict organization according to specific functions of each city zone were the main features of Costa’s plan.  Brasilia reflects the Modernist fascination for the machine age and the rise of the automobile culture in mid 20th century.  Everything was planned in a monumental scale that could only be appreciated when traveling by a car.  For pedestrians, however, crossing a multi-lane roadway or walking on a poorly lit sidewalk during nighttime has always been a nightmare, especially for today when Brasilia’s population of 2.7 million inhabitants has greatly outgrown its designed capacity of 500,000. 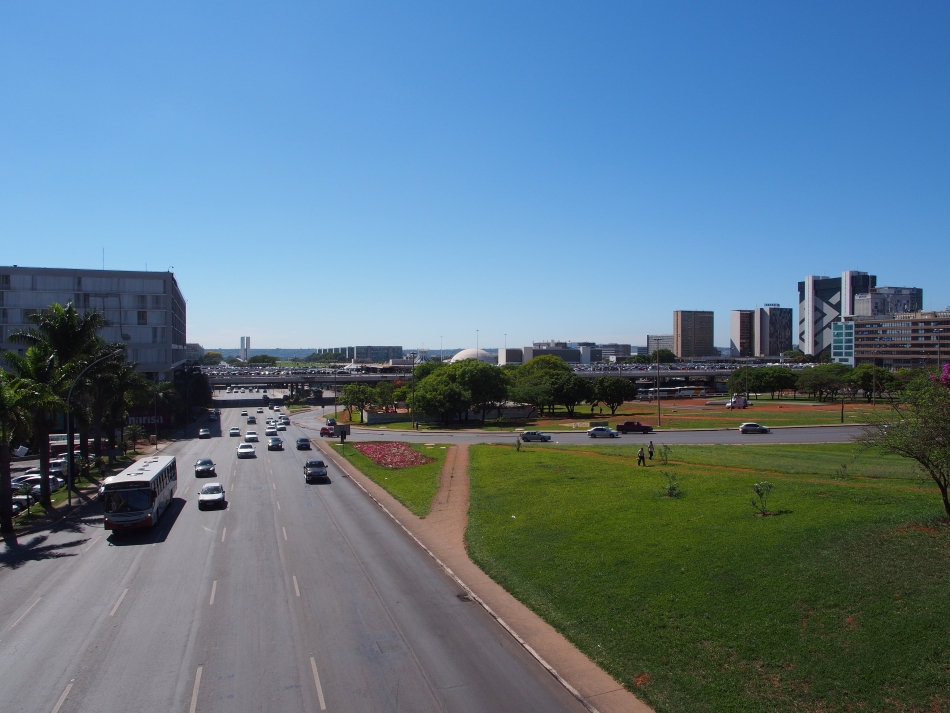 With limited traffic lights, crossing a road in Brasilia is a nightmare for pedestrians. 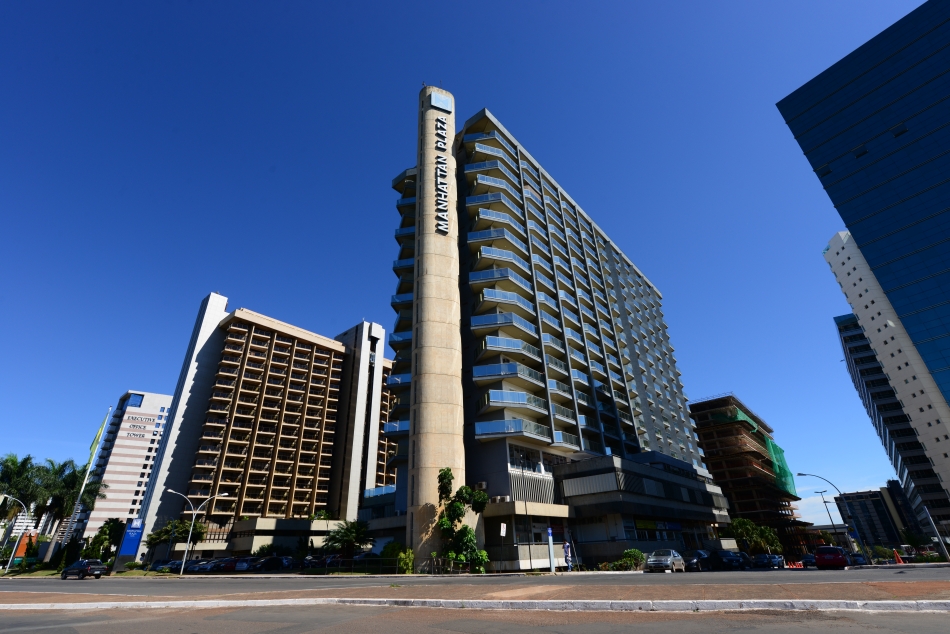 Distant view of the Axis of Monuments